Accessibility links
She's Done The Sums On Santa, And The Math Checks Out Hannah Fry is co-author of The Indisputable Existence Of Santa Claus, an application of mathematics to holiday quandaries like wrapping round presents, turkey roasting and one man's annual journey. 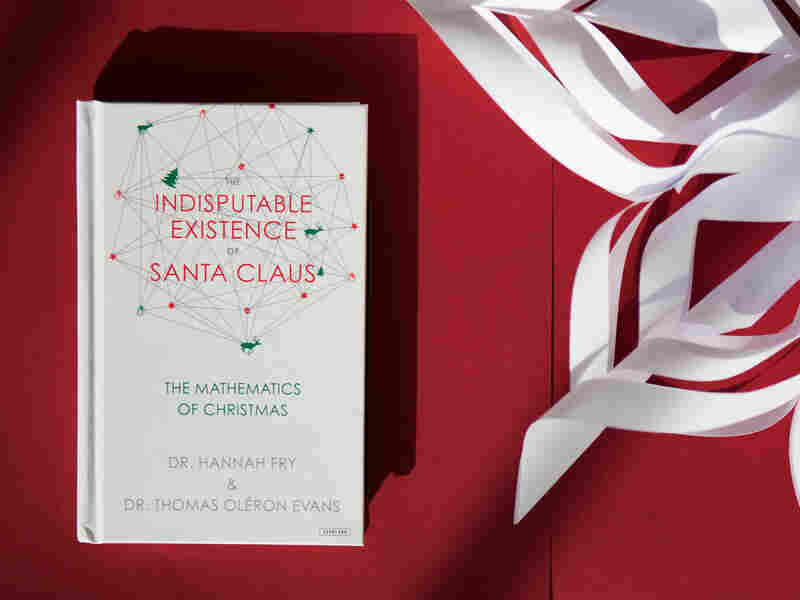 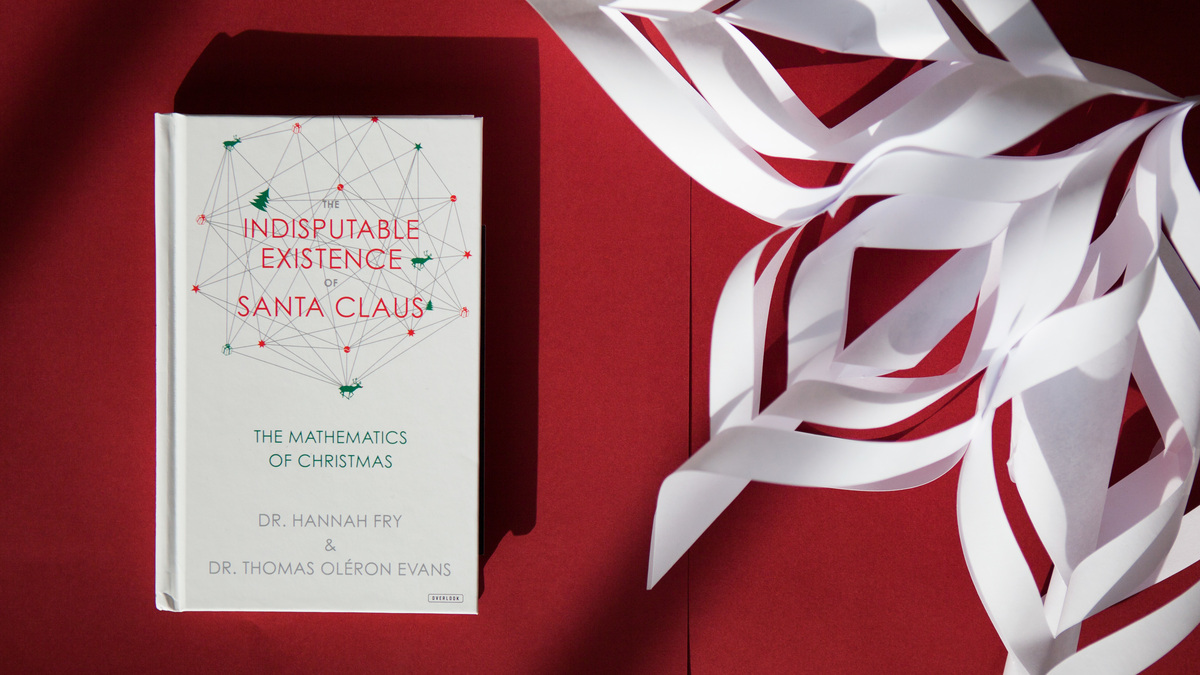 Hannah Fry and Thomas Oléron Evans are the co-authors of Indisputable Existence Of Santa Claus.

The Indisputable Existence of Santa Claus

The Mathematics Of Christmas

It's Christmas Eve, and Santa is making the rounds.

Maybe some killjoy has been pointing out to you just how hard it would be for the jolly fellow to visit a few hundred million kids in one night. Well, guess what? Math actually magnifies the old man's magic.

Hannah Fry has done the sums, and with Thomas Oléron Evans, has co-authored a new book called The Indisputable Existence Of Santa Claus: The Mathematics Of Christmas. Think of it as a way to make your Christmas a little bit more serene through math, whether you're determining how much garland you need for the tree, how to wrap presents with a minimum of wasted paper or how best to roast a holiday meal. It's a handy guide to jolly geometry and candy cane calculus.

Though some might object to doing figures around the holidays, Fry says it's actually the perfect time for mathematics.

"It's like a logical playground, right?" she says. "That's what mathematics is for me. And I think when you've got time away from work, away from the stresses of school and whatnot, it's just a really lovely time to use your mind as a playground."

On the feasibility of Santa Claus' journey

But, yeah, that is a tall order. There's some questions that we just can't quite answer. Like, the aerodynamic forces on his reindeer would be so enormous that normal mammals couldn't really withstand those forces. So he must have some kind of NASA-style heat shield, or some kind of special device to make him immune from those kind of levels of forces. So there are some things that yeah, that we can't quite answer, but it's just about feasible, with a little bit of magic.

On how wrapping presents kickstarted the idea for this book

But we did find, while we were researching this book, we did find there is a mathematical way to wrap a ball — a soccer ball, if you're kind of giving that as a gift. It's to cut your wrapping paper in a way so it almost looks like a flower, as it has several petals. Kind of quite a pretty shape. The more petals you have, the better. It's quite practical, apart from the fact that if you want it to be absolutely perfect mathematically, you have to have an infinite number of petals, which means that you need to have infinitely sharp scissors and an infinite number — amount of time, rather, to be able to wrap it, to get it ready for the big day.

Liz Baker and Rachel Gotbaum produced and edited the audio of this interview. Patrick Jarenwattananon adapted it for the Web.