Accessibility links
Want To Buy A Vowel? Vanna White Looks Back On 35 Years At The 'Wheel' Vanna White has spent the last 35 years turning letters on the game show Wheel of Fortune. She says her job can seem silly, but she loves it: "You can't solve the puzzle if I don't turn the letter!" 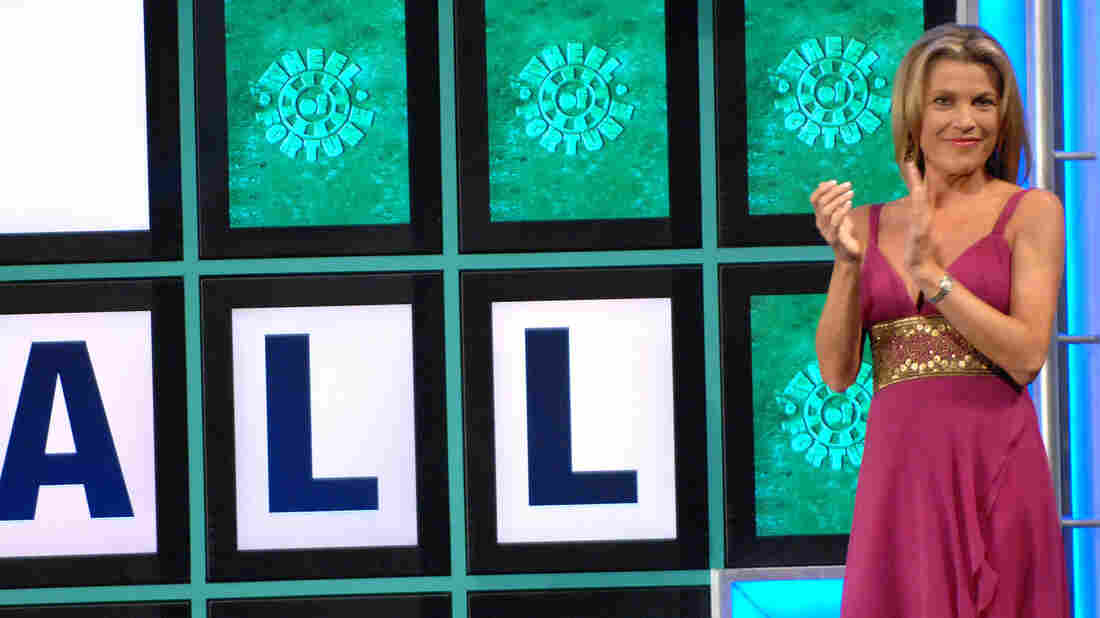 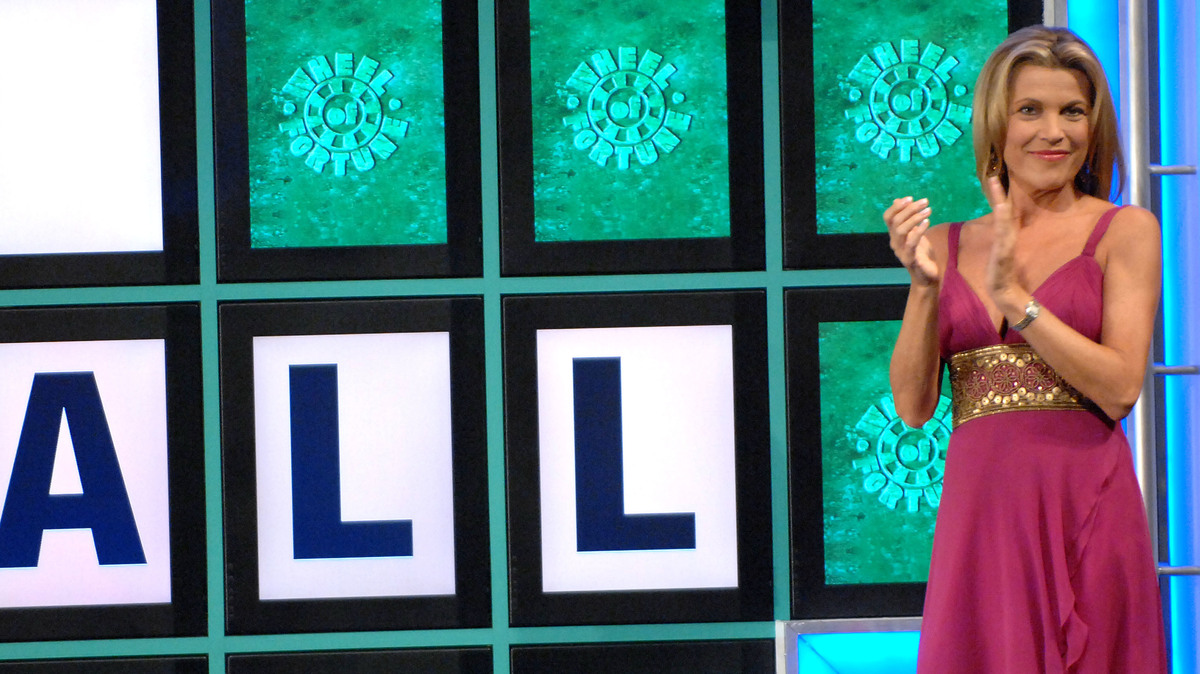 "You can't solve the puzzle if I don't turn the letter," says Wheel of Fortune co-host Vanna White, 60.

Vanna White has been turning letters on Wheel of Fortune for 35 years. That's 6,500 shows — and I've seen a lot of them. It's amazing to think about how much the world has changed, even as White has been doing the exact same job.

No doubt, she's one of the most recognizable faces in American entertainment. We thought that 35th anniversary was a good time to reflect back with her, so I went to meet her at the Culver City studios, where Wheel of Fortune tapes. "That little room over there, which is now my office, used to be my son's nursery," she points out. "And he's 23. Does that say it all?"

On a difficult moment early in her career

When I first moved to Los Angeles, I came out here with a thousand dollars to my name. I immediately got a job, I got an apartment. I was barely surviving, but I was too embarrassed to ask my dad for rent money, so I did some lingerie shots. Fast-forward many years later, I become famous, so Hugh Hefner buys these pictures, decides to put them on the cover of Playboy and inside Playboy, and I had just, my career was just starting on Wheel of Fortune. And I went to him, because he was a personal friend, and I said, "Hef, if you do this, this could ruin my career. You're my friend, you could stop this from happening. Please don't do that to me." And he did it. And it really hurt my feelings more than anything. There's nothing I could do about it, because I did the shots — but taking those shots with the photographer, I knew it was not right. Fortunately, America was behind me, and I went on Johnny Carson and explained the situation, and Sony didn't fire me, thank goodness. 'Cause they could have.

On the changing roles of women over the past 35 years, and where she fits in

I will be the first to make fun of my job — I turn letters for a living, really? ... But I've made the best of my job. I love my job. I've turned it into, I think, a different kind of job.

I think what you're saying, in this world, men seem to have more of an advantage. In my particular situation of my job, oh, I'm just a letter turner. I'm up there, you know, turning letters, so what does that mean? It means, I feel that I'm just as equal as Pat [Sajak] — even though he is the host of the show, I'm the co-host. That doesn't make me any smaller than him, or any bigger than him. I feel that the way that America has put us together as a team has made us equal. And I will be the first to make fun of my job — I turn letters for a living, really? And in the beginning I was put down quite a bit for that. But I've made the best of my job. I love my job. I've turned it into, I think, a different kind of job. Hey, you can't solve the puzzle if I don't turn the letter! They need me there. And I don't think of it as anything negative or less than Pat's job. We're a team.

On whether early criticism of her role hurt

In the beginning, it did, because I felt invisible. I felt, what do these people think of me? It made me feel like I'm not a human being. So again, everybody's entitled to their own opinion, and I think that I just maybe proved them wrong. Because even though I hardly talk on the show and I just turn letters, I will say I am a businesswoman. So I've taken my job, which has given me a chance to be in the public eye and have a name for myself, and I have turned that into other things ... so yes, I do this silly little job on the show, but I have made something out of it.

This story was produced for radio by Arezou Rezvani and Justin Richmond and adapted for the Web by Petra Mayer.