Accessibility links
On New Year's Day, Many Low-Wage Workers Will Celebrate With A Raise The federal minimum wage is stuck at $7.25 per hour. But many states have pushed wage floors higher over the years. Now, 18 states and 20 localities will raise their minimum wage on Jan. 1.

On New Year's Day, Many Low-Wage Workers Will Celebrate With A Raise

On New Year's Day, Many Low-Wage Workers Will Celebrate With A Raise 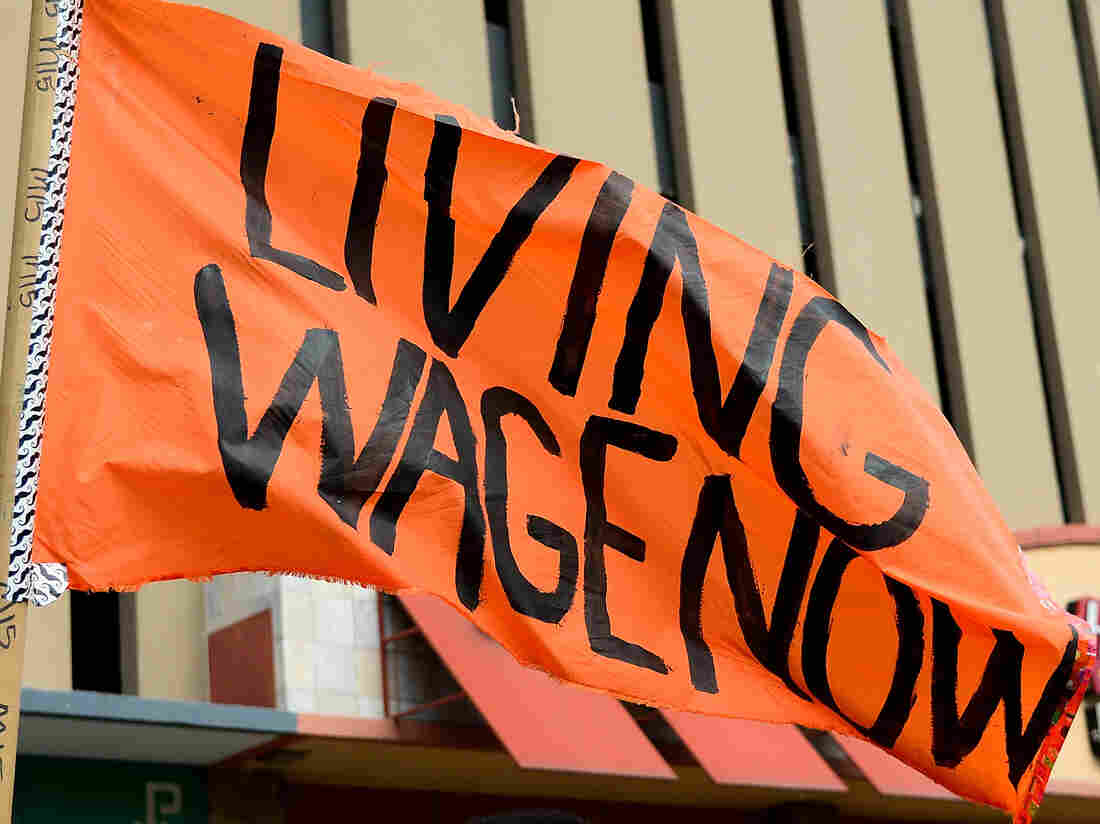 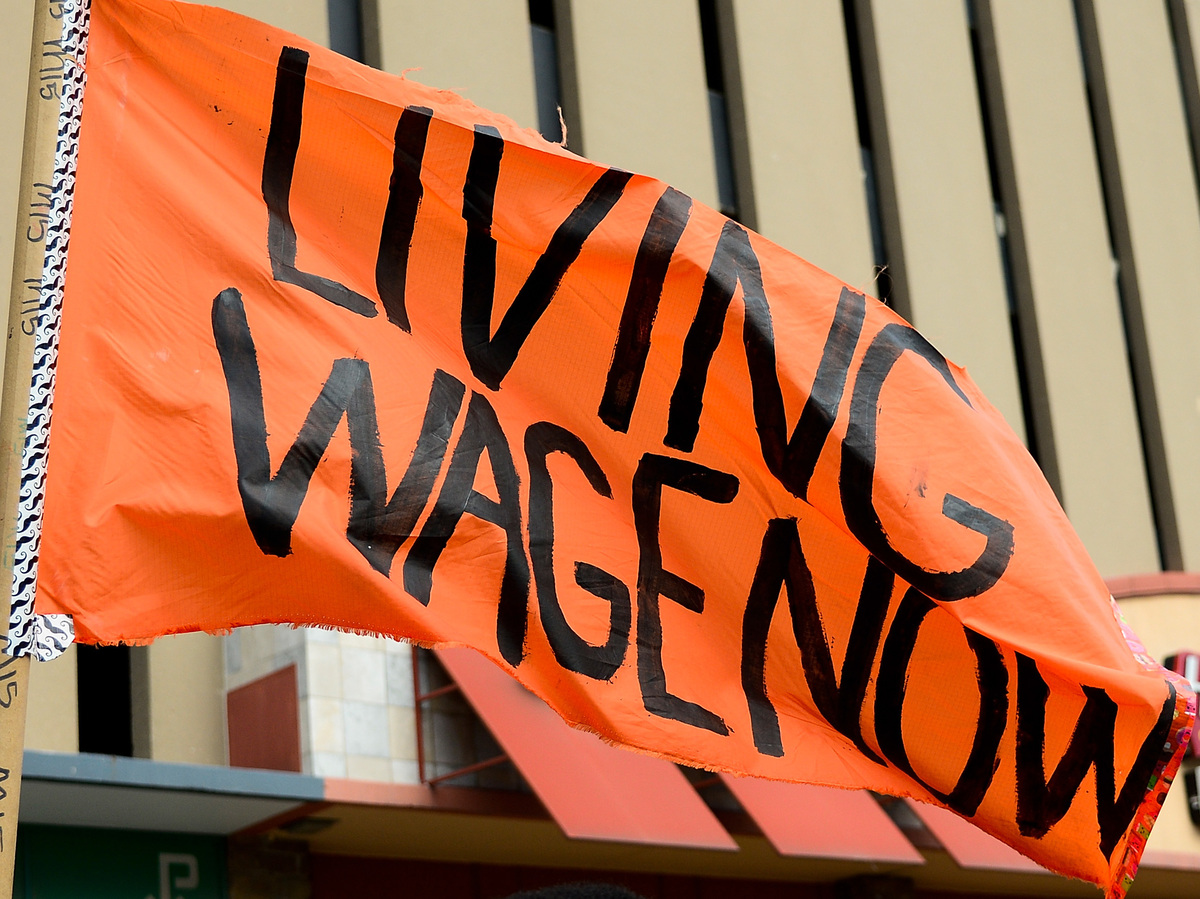 Protesters rally outside a restaurant in St. Louis on Feb. 13. The service industry employs the largest percentage of minimum wage workers.

As midnight strikes on New Year's Eve, many minimum wage workers will have an extra reason to celebrate: They'll be getting a raise.

In 18 states and 20 localities, lawmakers are forcing up the minimum wage on Jan. 1.

For years, a large number of state and local governments have been driving up wages in response to federal inaction. Congress has kept the federal minimum wage at $7.25 an hour since 2009.

If lawmakers in Washington had adjusted the minimum to match inflation as measured by the federal Consumer Price Index, it would be about $8.50 today.

As of New Year's Day, workers in the following states can expect a round of raises: Alaska, Arizona, California, Colorado, Florida, Hawaii, Maine, Michigan, Minnesota, Missouri, Montana, New Jersey, New York, Ohio, Rhode Island, South Dakota, Vermont, and Washington. Those states already meet or exceed the federal minimum wage, so these new raises will push up the bottom even higher. For example, in Ohio, the state minimum wage is $8.15 an hour. After Jan. 1, it will be $8.30.

From Albuquerque, N.M., to Tacoma, Wash., many cities are taking wages to even higher levels than the state minimums. For example, in California, 11 local governments are sending the minimum wage to $13 an hour, or even more. In Mountain View and Sunnyvale, the wage floor will rise to $15.

Michael Saltsman, the managing director of the conservative Employment Policies Institute, is concerned about what he calls the "unintended consequences" of the wage increases, such as job losses for low-wage workers. The institute supports the views of restaurant owners and others who benefit from lower minimum wages.

"This is a life or death issue for businesses," Saltsman says. "I think you will see an increased rate of businesses not being able to make the math work as they're forced to give a raise to their best paid employees in the house. They can't offset that through higher prices."

"It puts money in motion," Silvers says. "We've seen the distribution of income and wealth skew very much to the top of the income scale. The fact is that rich people don't spend money the way that middle-class and poor people do, and that makes our economy weak. Raising the minimum wage puts more money in the hands of people who need to spend it."

The Bureau of Labor Statistics says that about 80 million workers over age 16 are paid an hourly wage, and of those, about 700,000 still earn just the federal minimum of $7.25 per hour.

And about 1.5 million have wages set below $7.25 an hour, primarily because they are in exempt "service" jobs – that is, they work in restaurants and other jobs where tips boost compensation up to at least $7.25 an hour.

The states with the highest percentages of hourly workers earning at or below the federal minimum wage in 2016 were Idaho, Kentucky, Louisiana, Mississippi and South Carolina. None of these states will see a hike in 2018.