Accessibility links
How Unicorns Help This 8-Year-Old Deal With Bullies Anna Freeman's 8-year-old daughter, Brianna, is obsessed with unicorns. She explains to her mother how the imaginary creatures relate to real experiences in her life. 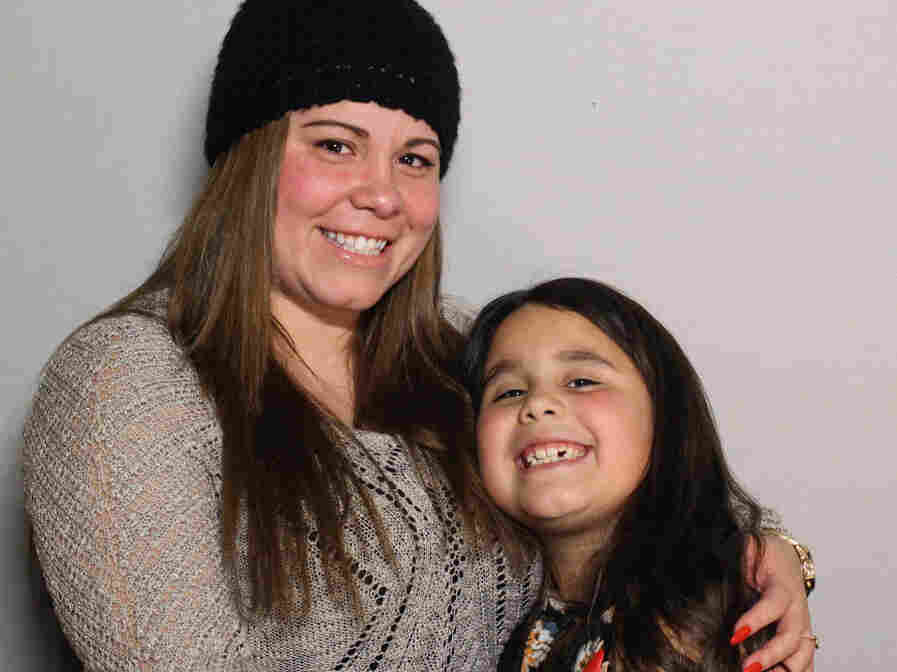 Anna and Brianna Freeman spoke about their experiences with bullying during their StoryCorps interview in Chicago. Crystal Vance Guerra /StoryCorps hide caption 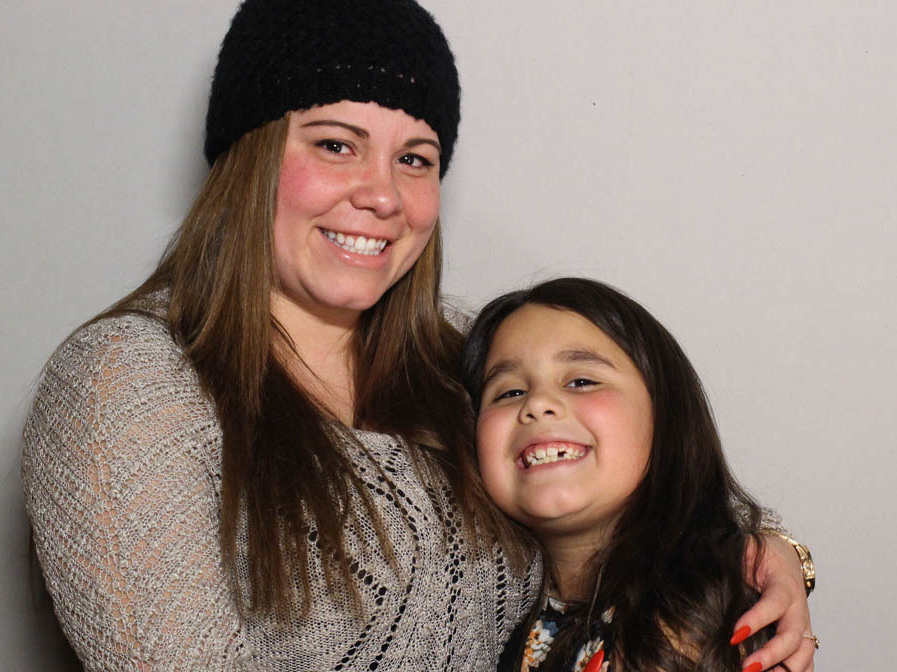 Anna and Brianna Freeman spoke about their experiences with bullying during their StoryCorps interview in Chicago.

It seems like a simple question: If you could ask me anything in the world, what would it be? Anna Freeman poses this to her 8-year-old daughter, Brianna.

Brianna is obsessed with unicorns. She knows "they're not technically real," but they're real in her mind. 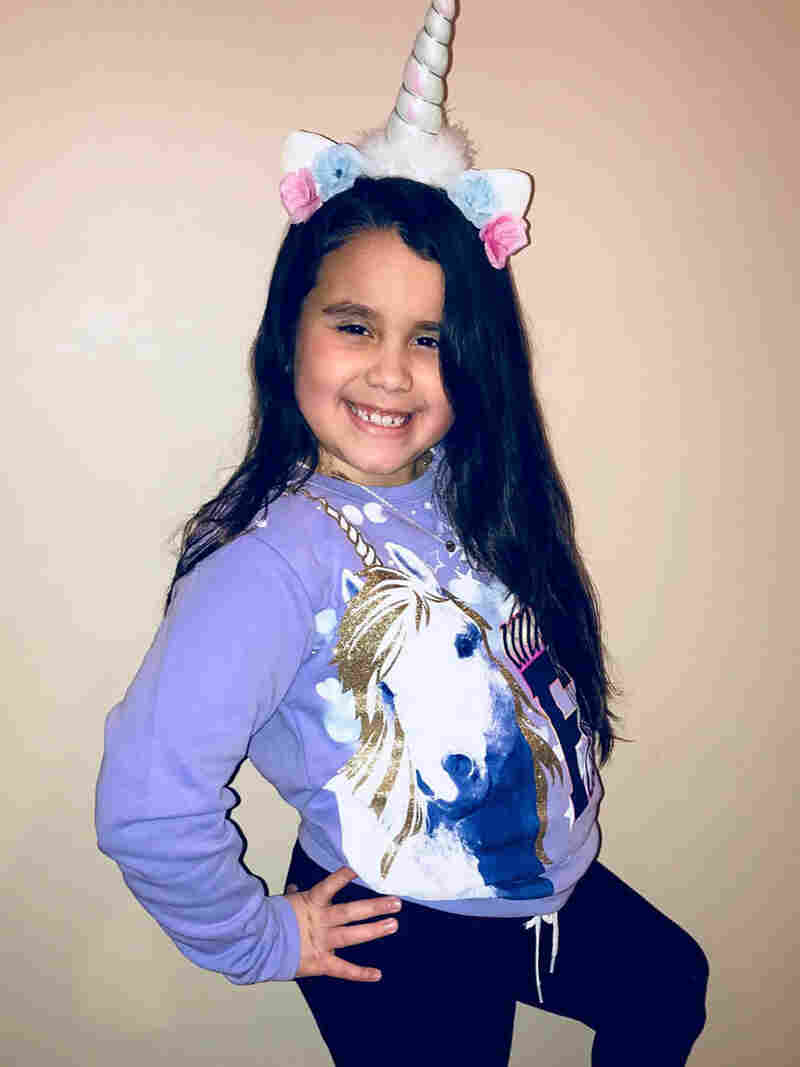 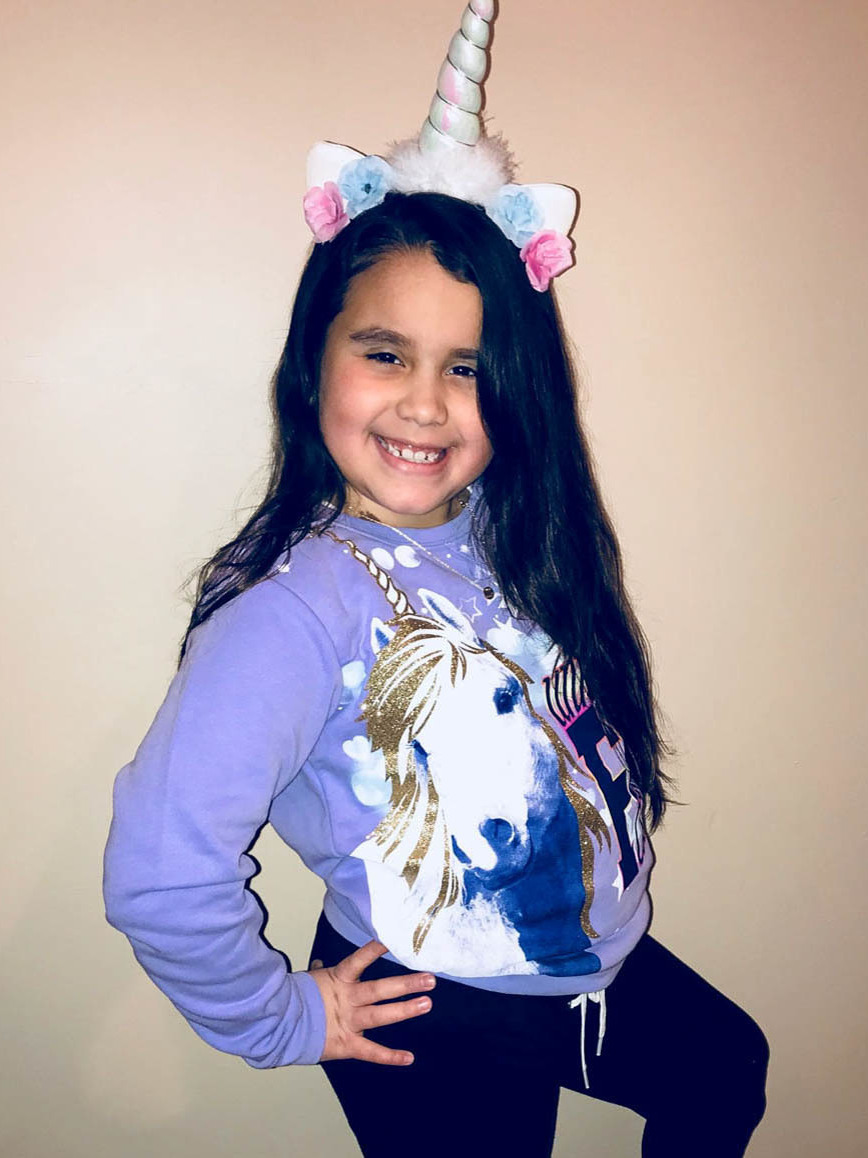 Brianna Freeman, 8, poses as her favorite mythical creature, the unicorn.

When her mom asks just why Brianna likes them so much, though, the answer isn't what she expected.

"They're cute. And they have horns, so they could attack their bullies," she says during their StoryCorps interview in Chicago.

"After she bullied me, I didn't have a smile on my face," Brianna says.

Anna asks Brianna why she thinks the girl who bullies her says mean things.

"Because maybe she wants attention, but maybe she doesn't get it at home," Brianna says.

Anna, who is 30, tells her daughter that she, too, was bullied. She was in high school at the time, and even though she acted like it didn't affect her, it still hurt.

"I was trying to be brave and tell everybody in the world, that, no, it didn't bother me, but deep down inside, it did," Anna says. "It made me feel like I was nothing."

Brianna is quick to respond.

"Well, you're something to me," she says.

And you're something to me, her mother replies.

"I love you more than a unicorn, and I really love unicorns," Brianna says. "I feel like you're the best mom in the world, and that makes me happy."