Accessibility links
5 Immigration Stories To Watch In 2018 Some of President Trump's most ambitious immigration policies have been blocked by the courts or stymied by Congress. Here are five immigration stories to watch in 2018. 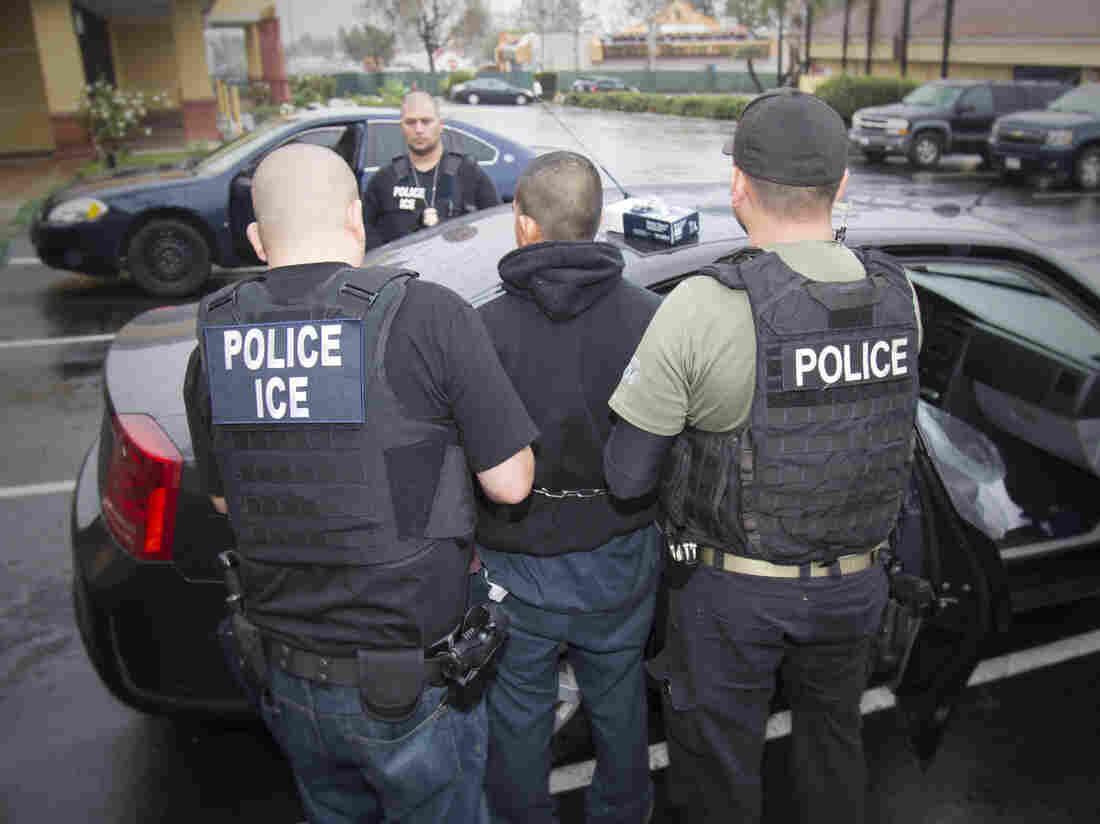 Arrests by Immigration and Customs Enforcement are up more than 40 percent since January. Charles Reed/AP hide caption 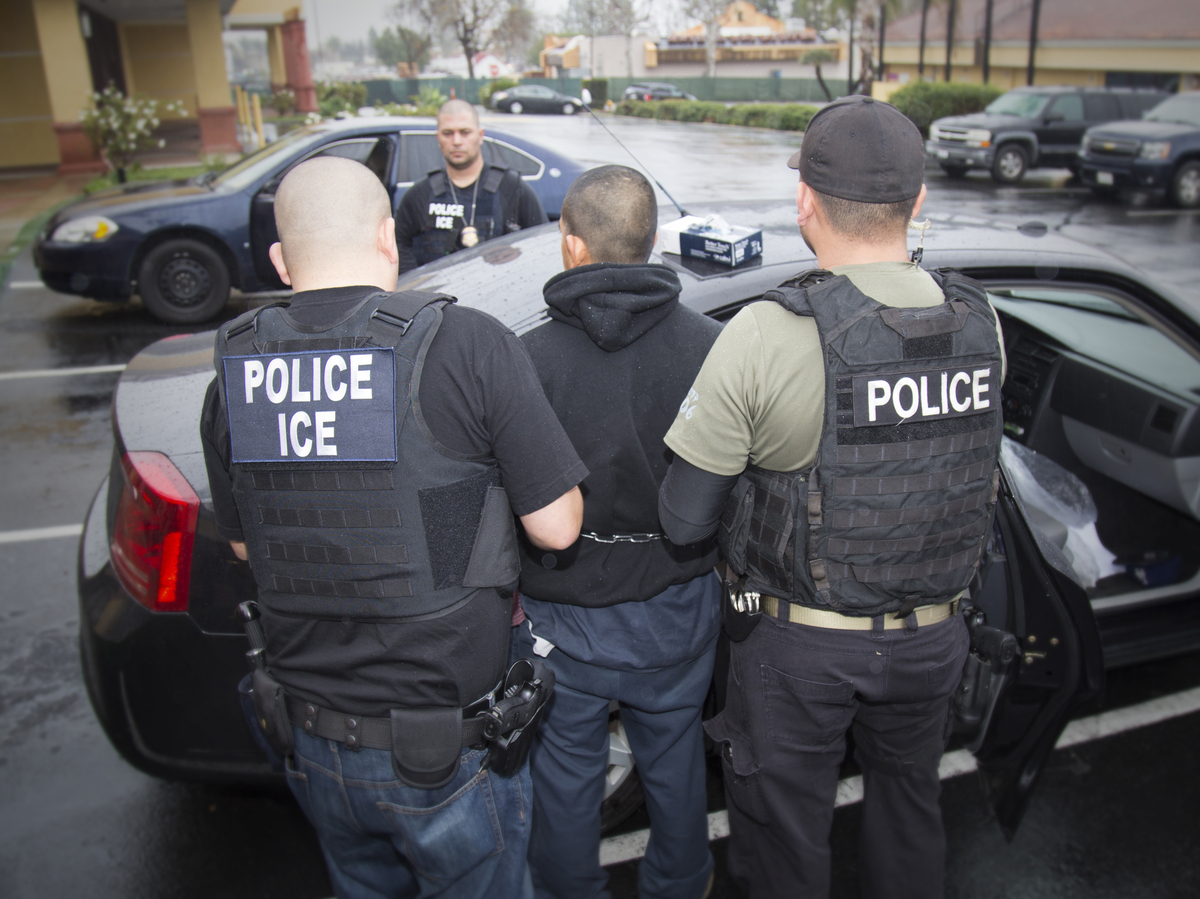 Arrests by Immigration and Customs Enforcement are up more than 40 percent since January.

During his first year in office, President Trump has taken a strikingly different approach to immigration policy than his predecessors.

"We haven't had an administration that saw immigration primarily as a burden and a threat to the country," said Andrew Selee, president of the Migration Policy Institute in Washington. He thinks most Americans disagree with the White House about that. Still, Selee thinks the administration is "driving the conversation in new ways we hadn't seen under Republicans or Democrats before."

In its first year, the Trump administration delivered a broad crackdown on illegal immigration, and new limits on legal migration. Arrests by U.S. Immigration and Customs Enforcement are up more than 40 percent since January, while fewer immigrants are trying to cross illegally at the southern border. Refugee resettlement is at its lowest level since Congress created the current framework in 1980.

"It's a 180 degree turn from the policies of the Obama administration," says Jessica Vaughan, director of policy studies at the Center for Immigration Studies, which favors lower levels of immigration. "It's sending a message that the U.S. is taking its immigration laws seriously."

Some of the administration's most ambitious goals, however, have been blocked by the courts, or stymied by Congress.

Here's a look at five major immigration stories to watch in 2018. 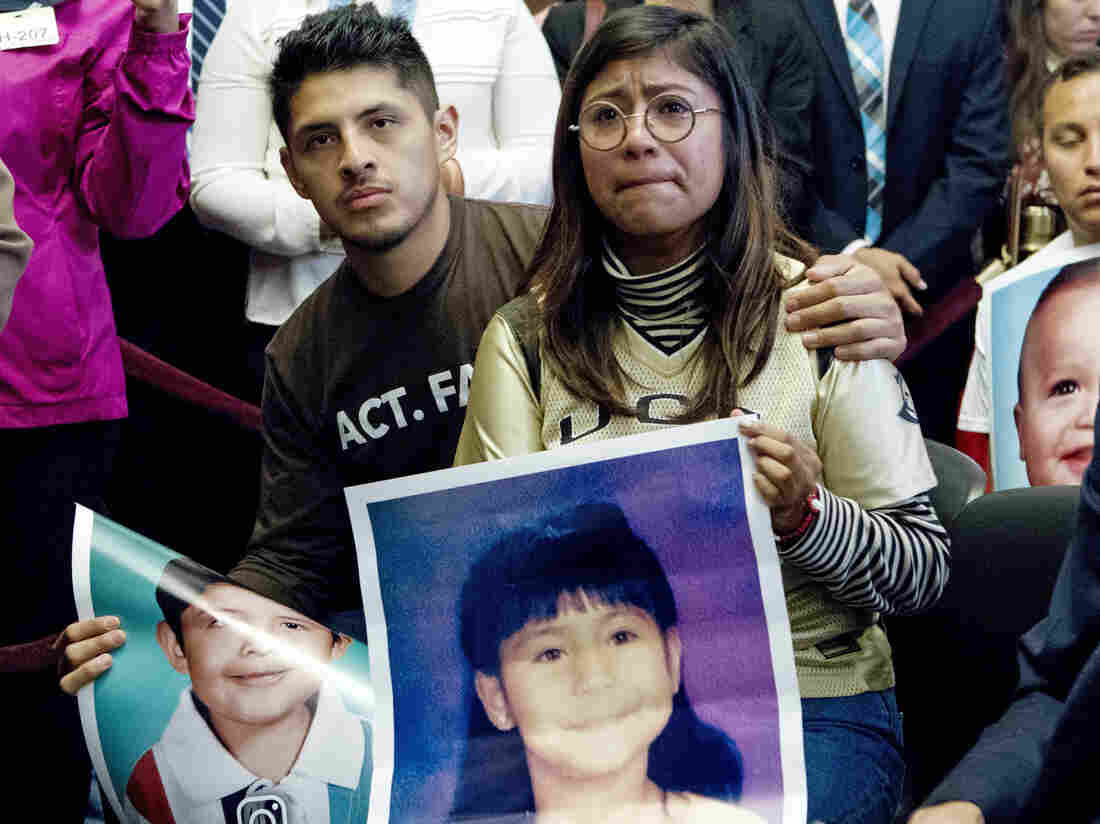 Karen Caudillo, 21, of Florida and Jairo Reyes, 25, of Rogers, Ark., both brought to the U.S. as children, attend a Capitol Hill news conference in September in Washington. Jose Luis Magana/AP hide caption 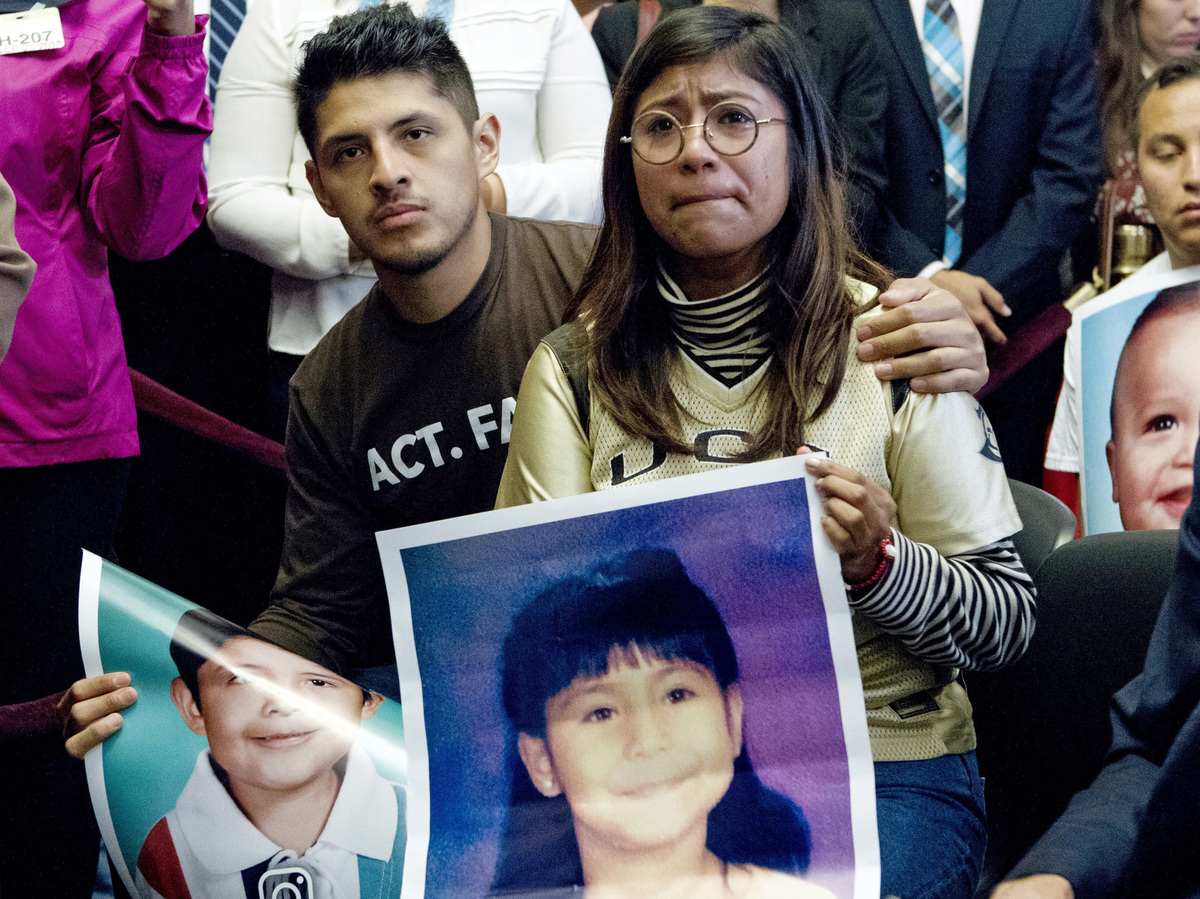 Karen Caudillo, 21, of Florida and Jairo Reyes, 25, of Rogers, Ark., both brought to the U.S. as children, attend a Capitol Hill news conference in September in Washington.

The Trump administration is moving to end the Deferred Action for Childhood Arrivals program, better known as DACA, leaving thousands of so-called DREAMers in limbo.

The Obama-era program protects about 700,000 young people who were brought illegally to the U.S. as children, shielding them from deportation and allowing them to work legally. Those protections have already begun to expire for some, with thousands of DREAMers potentially at risk of deportation starting in March.

Polls show widespread support for allowing DREAMers to stay in the country, but a permanent fix has been elusive as Congress and the White House try to hammer out the details. 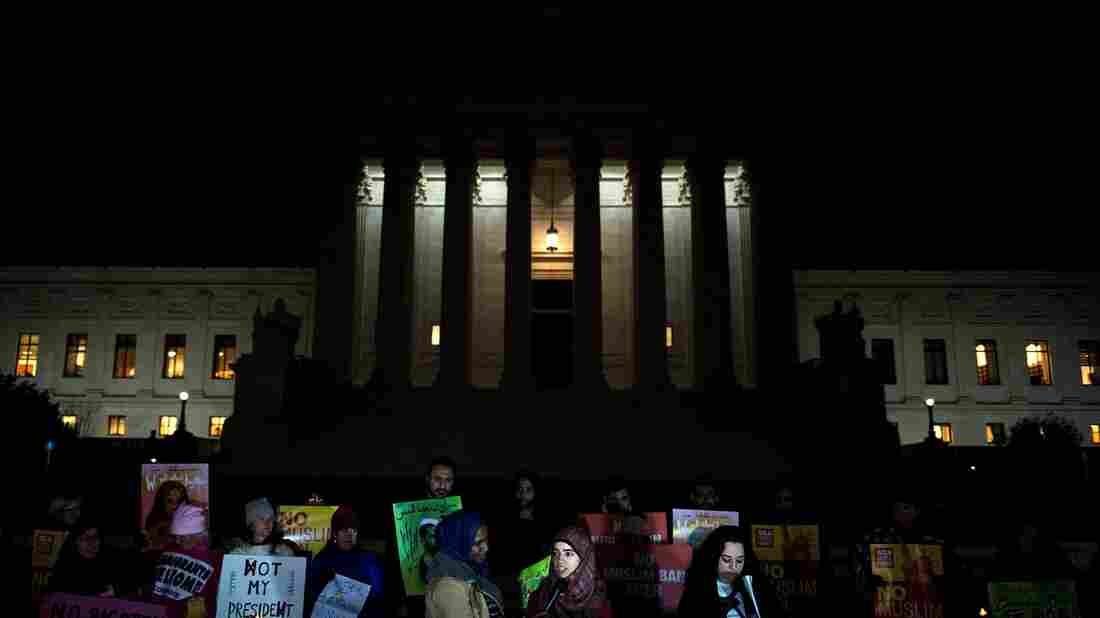 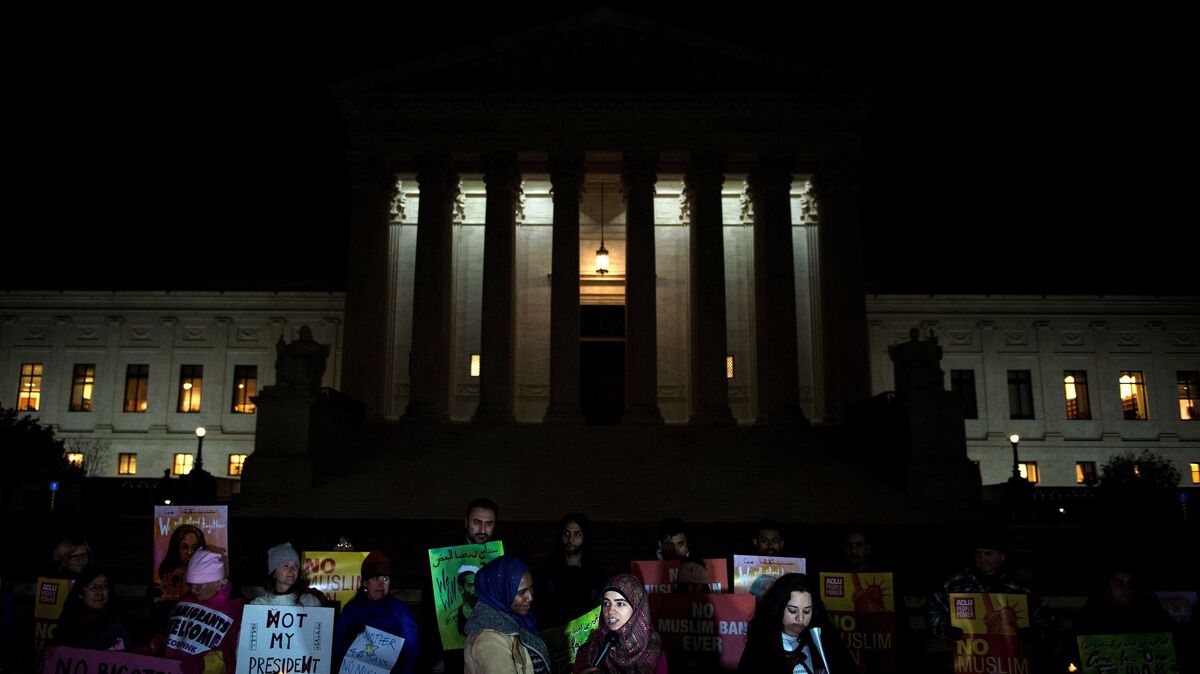 Opponents of President Trump's travel ban protest outside the U.S. Supreme Court earlier this month. Legal challenges to the ban are likely to eventually reach the high court.

The administration scored a long-sought victory when the Supreme Court allowed the latest version of the president's travel ban to take effect pending the outcome of several legal challenges.

Lower courts had blocked much of this travel ban, as well as earlier versions, partly because of concerns that they discriminate against Muslims. The latest travel ban covers many (though not all) travelers from six majority-Muslim countries, plus North Koreans and government officials from Venezuela.

One appeals court has already found that the president exceeded his legal authority; a second appeals court will rule soon. An appeal to the Supreme Court is all but certain to follow. 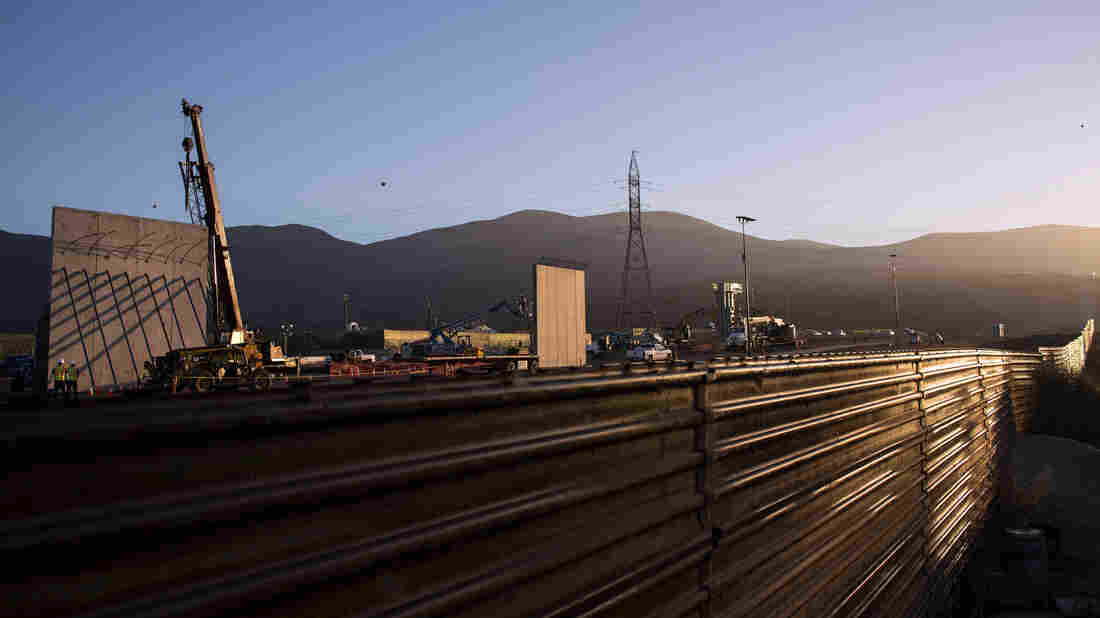 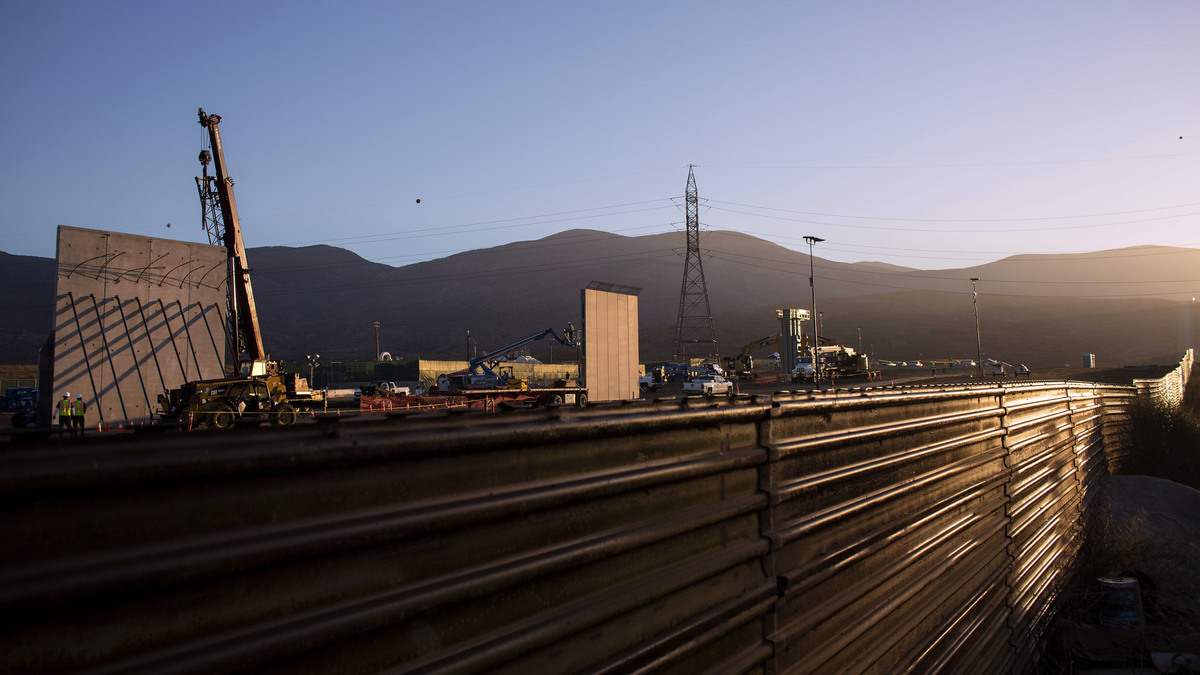 Prototypes for President Trump's proposed wall at the U.S./Mexico border were put up earlier this year near San Diego, Calif.

This was arguably Trump's signature issue on the campaign trail, and a reliable applause line at his big public rallies this year.

But progress has been slow.

The administration has commissioned prototypes near the southern border outside San Diego. But Congress has yet to appropriate any money for construction. On the campaign trail, Trump promised to make Mexico pay for the wall, but officials there have said several times they will not do so.

Critics have questioned the need for the wall in the first place, especially since the number of immigrants trying to cross the border illegally has fallen to the lowest level in decades. 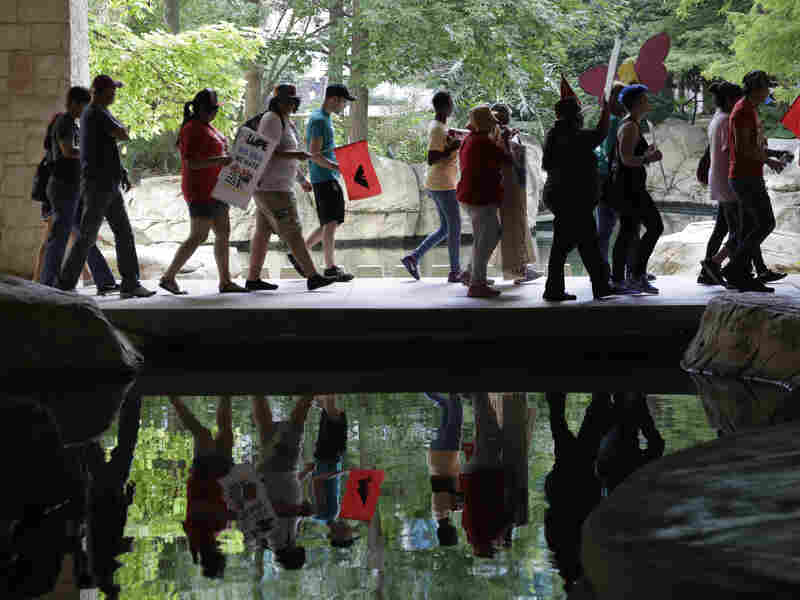 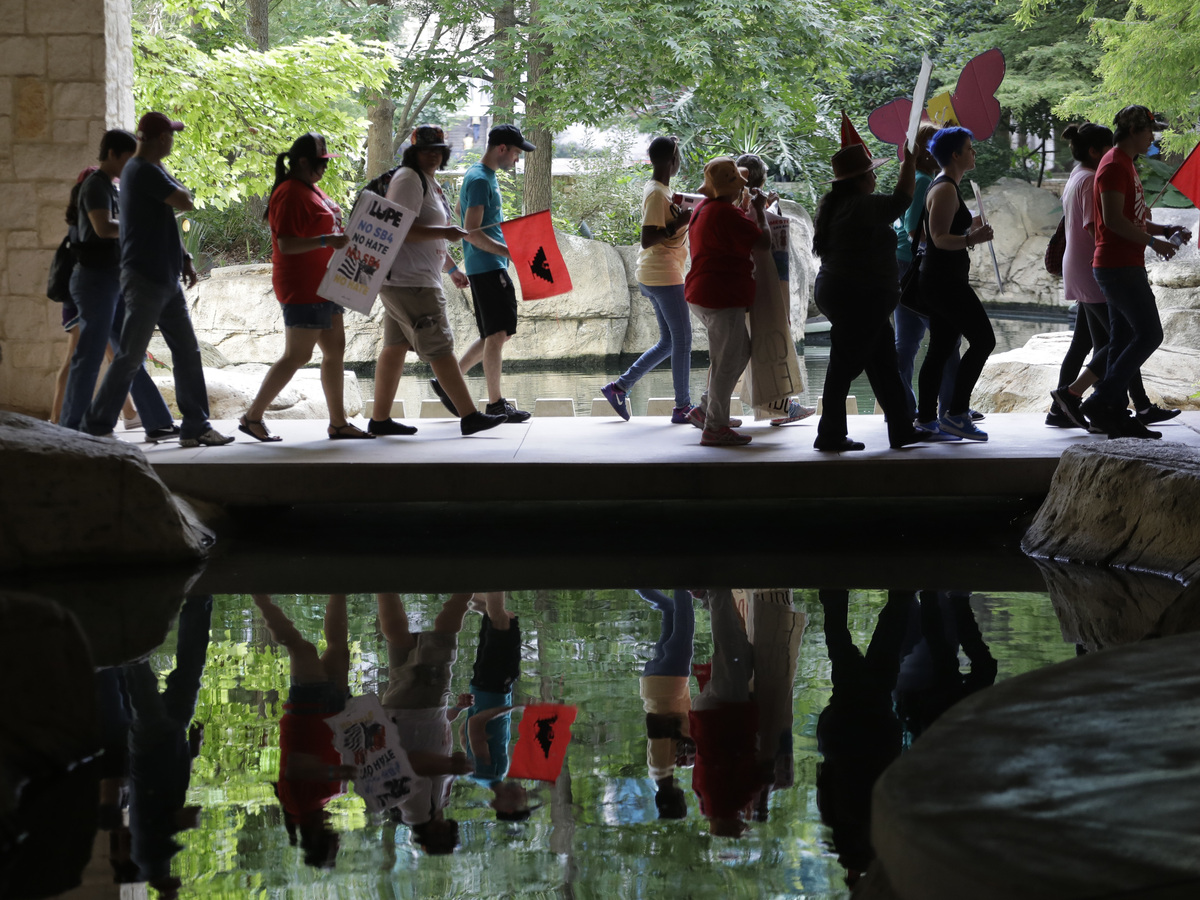 Opponents of an anti-sanctuary city bill in Texas march in San Antonio in June.

President Trump signed an executive order intended to punish so-called "sanctuary cities" that limit their cooperation with immigration authorities. Several of those cities pushed back, arguing that the administration can't withhold federal money to coerce them into changing their immigration policies.

This is a battle that's likely headed to appeals courts in the new year.

So far, the administration's enforcement efforts have focused mostly on immigrants themselves, not on employers who hire undocumented workers.

Trump administration officials say that will change next year. But past administrations found that workplace raids carried a high political price. The new year may reveal whether the White House has the stomach for a fight with the pro-business wing of the Republican Party.