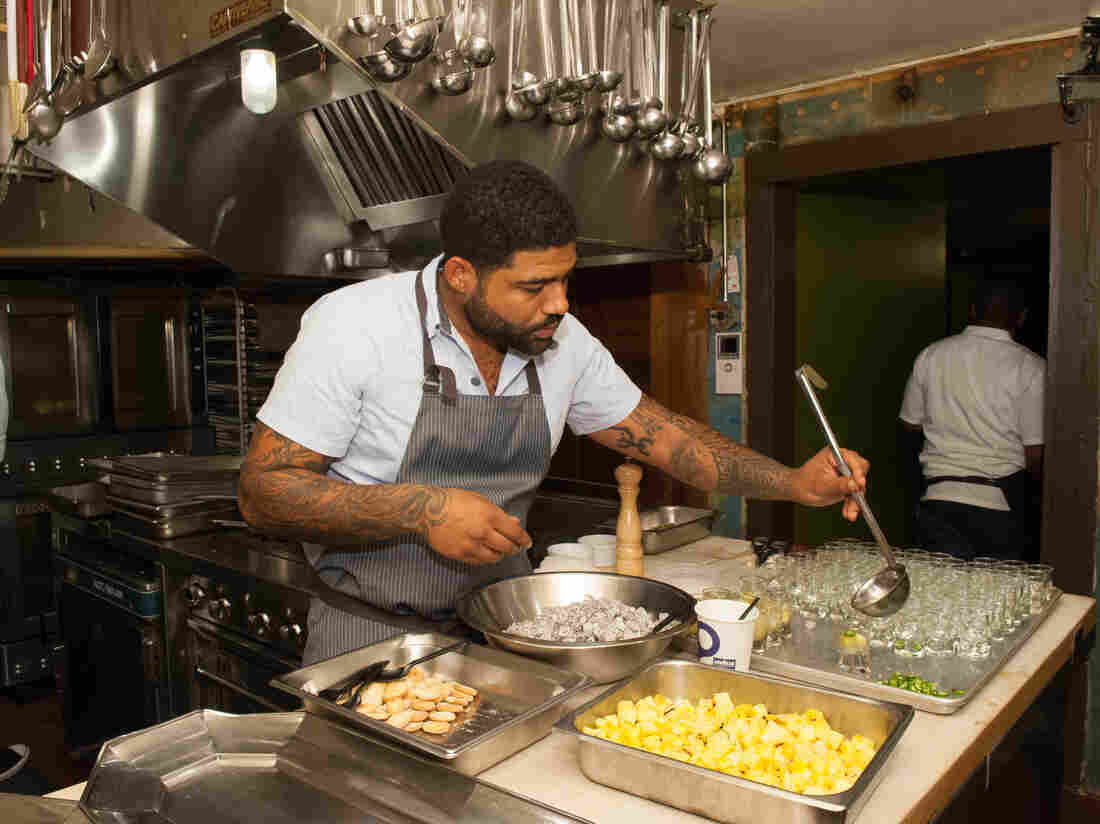 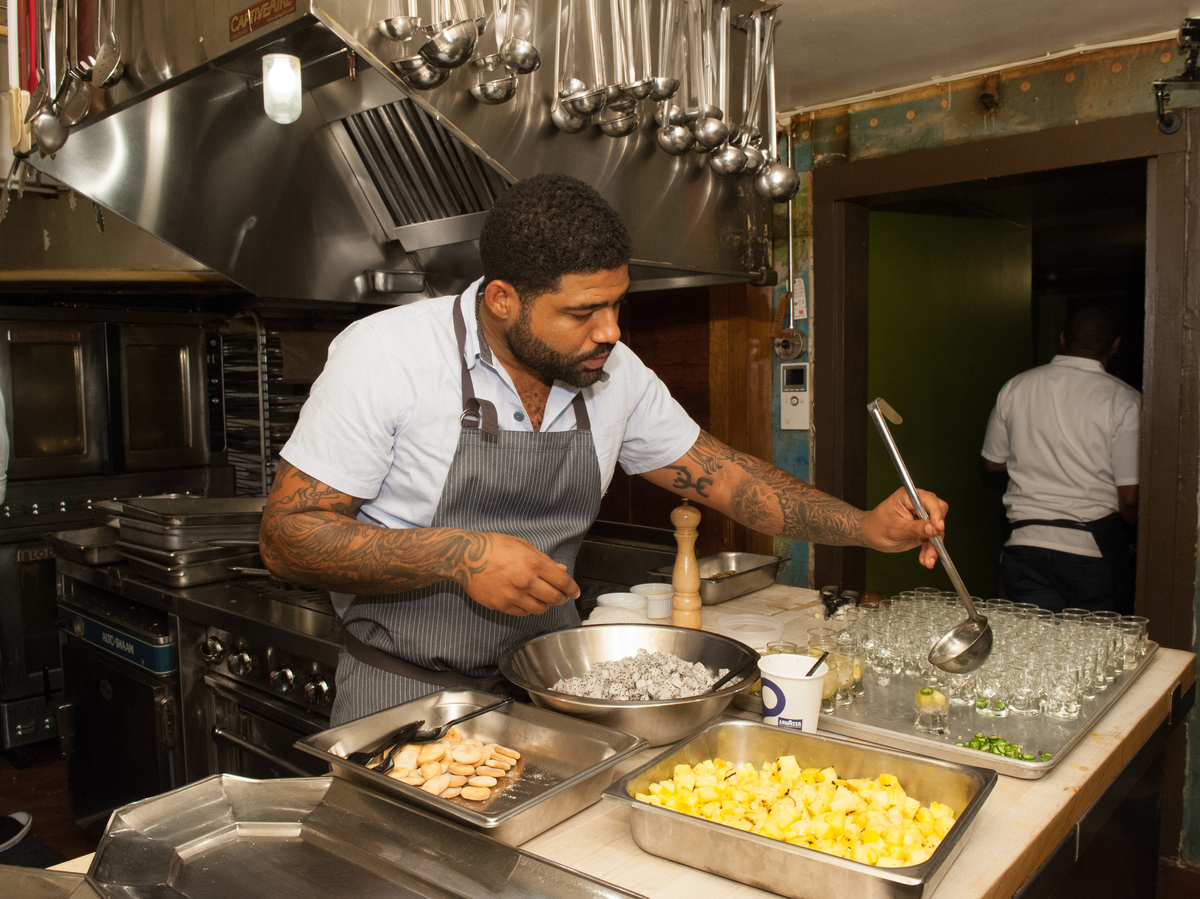 Chef Digby Stridiron cooks up one of his native Caribbean dishes.

James Beard was one of the 20th century's great cooks, along with Julia Child, who elevated American home cooking.

Every year, the foundation gives out awards to chefs and restaurants, cookbook authors and TV shows. The annual event is like the Oscars of the food world.

Naturally, a dinner at New York City's historic James Beard House is part of the occasion as well.

Chef Digby Stridiron from St. Croix, Virgin Islands was lucky enough to be chosen to cook at the Beard House for the organization's 30th anniversary in 2016. For that dinner, he tells NPR's Linda Wertheimer that he wanted to focus on ingredients from his native West Indies.

"It was really important to me to translate what for me was American cuisine — because I'm born in United States Virgin Islands," Stridiron says. "A lot of the food that I grew up eating isn't really looked at as American food, yet it is American, you know."

The James Beard House opened in November 1986 "to provide a center for the culinary arts and to continue to foster the interest James Beard inspired in all aspects of food, its preparation, presentation, and of course, enjoyment," the foundation says.

Stridiron talked more with NPR about chefs' efforts in hurricane relief and how to address sexual harassment in kitchens.

On the importance of urban farming

It's important for people to see where food comes from. A lot of times you know about the farms but it's actually when you see the tomato growing and you see the parsley — and you see it. I think that's when people really make that connection, not just on the plate.

I mean Jose [Andres] is like a hero. I mean you had a guy that's from Spain; he came into Puerto Rico. And all these guys came together as a unit at a time when people needed them and they provided support.

And I feel as chefs ... we cook food. It's not just about cooking food for fancy or farm to table. It's about feeding people. And it was a great reminder of what we're able to accomplish when we come together. And to see St. Thomas to get hit like that, and St. Croix and St. John and Tortola and Puerto Rico, my heart broke.

On kitchen culture after sexual harassment allegations against several chefs, including Mario Batali

I think we all just need to stop right now and have a conversation. It's not about what we're doing wrong or what we're doing right. It's just trying to get everyone's point on it and figuring out: How do we make it safe for everyone? The James Beard, I mean when it comes as a chef in America, the James Beard is something you look forward to every year, not just for the awards but for [the work] they put out. So I think a boot camp or some way to start the conversation on how do we move forward.

Our company [Parcel 32], the day that news broke, we had a meeting. And we have a no tolerance for that in our workplace.