Accessibility links
In 'The Nothing,' A Dirty Old Man Lusts For Life The new novel from British author Hanif Kureishi finds its octogenarian protagonist, who suspects his wife may be cheating on him, preoccupied with sex and aging. 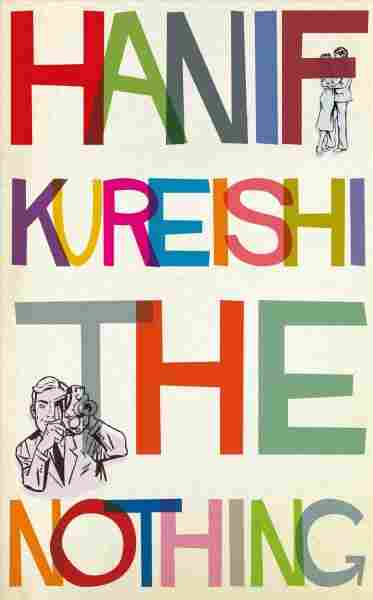 Title
The Nothing
Author
Hanif Kureishi

Hanif Kureishi has written plays and movies — notably the screenplay for My Beautiful Laundrette, which was nominated for an Oscar. But he's also won awards for his short stories and novels.

The British author's new book is a slender volume called The Nothing. Considering that there is very little sex in the book, it is a dirty book, about a nasty, dirty old man. The protagonist Waldo is in his 80s — he's "very withered" and "barely mobile," Kureishi says — when he suspects his younger wife Zee may be having an affair with one of his best friends.

"I wanted to write a character who was a bit older than me, who had lived through the great experiments of the '60s, you know, involved with the anti-war movement and drugs and new sexuality and so on," Kureishi says, from his home in London. "And I wondered what would have happened to such an old man now. What would he be doing now? What would he think now? Would he be out of date? And what would his attitude be to the fact that he was someone who was about to lose everything — or to have it, let's say at least, taken from him."

I've become very aware of that and interested in that, and in fact I did at one time work very briefly with Harvey Weinstein. So I'm very aware of that. But Waldo, our man, is very much in love with his wife and for a long time, she was very much in love with him. So I have to say that I feel that it's heartbreaking to see what is happening to him.

One of the things that interested me about writing this character was that I got very interested in older people. And one of the things I noticed, clearly, that happens to older people — and perhaps why they're so angry and perhaps why our man Waldo is so furious about things — is the fact that their lives are really built around loss. If we live in a society of accumulation, one of the things that happens to you when you get older is that you begin to lose things. You begin to lose your friends, you begin to lose contact with the world. And of course, as you get older you begin to think about how you're going to lose your very existence, your life. So I wanted to write about a man, as it were, kicking against the bricks. He knows that he's going to lose everything. But at the same time his voice, like that of a character from Beckett, continues to speak on. And even despite his nastiness, there's a kind of love of life, of women, of food, of enjoyment, that remains in this old devil of a character.

On sex in the novel, which Waldo appears preoccupied about losing

Hanif Kureishi On 'Le Week-End,' A Story Of Feuding Couples On Screen And Off

Well, sex in this book, I guess I would think about in the widest sense, I guess. Sometimes we can think about it in terms of libido. I think more broadly and more interestingly, we have to think about it in terms of eros or some kind of vital spirit, which becomes very diminished as you get older, and harder to come by. And so I wanted to show someone who was, as it were, disappearing — but still has that vital force that I find so central and Freud called the libido in terms of the meaning of life.

On Kureishi's thoughts on aging after writing about Waldo

I think I feel — and I'm very aware now myself having come out yesterday, coming out of hospital — I'm really aware of how difficult it is as you get older to find pleasures when you are on the brink of losing so much, and of course, when the world is taken over by young people. But like our man Waldo and indeed like Zee in the book — she falls in love with a younger man — she too can find her pleasures and enjoyments. And it seems to me that I hope the book vibrates with some kind of continuous pleasure in living.

Samantha Balaban and Barrie Hardymon produced and edited this interview for broadcast. Patrick Jarenwattananon and Sydnee Monday adapted it for the Web.