Accessibility links
The Russia Investigations: 4 Big Storylines To Watch In 2018 The Russia roller coaster appears likely to deliver another set of twists and turns in the new year. Here's what you need to know — buckle up. 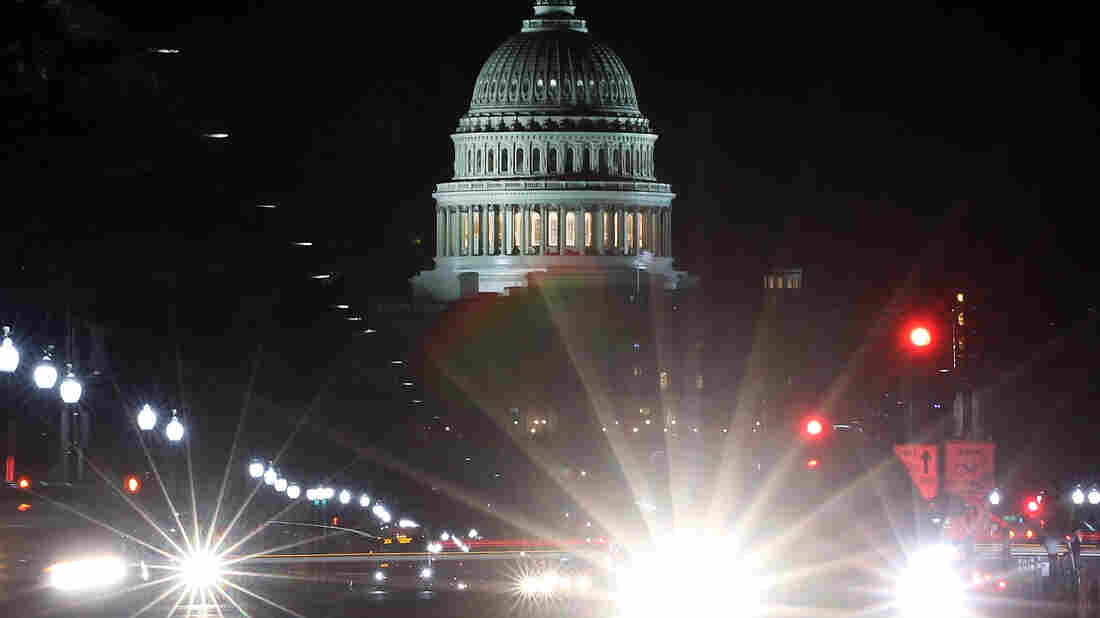 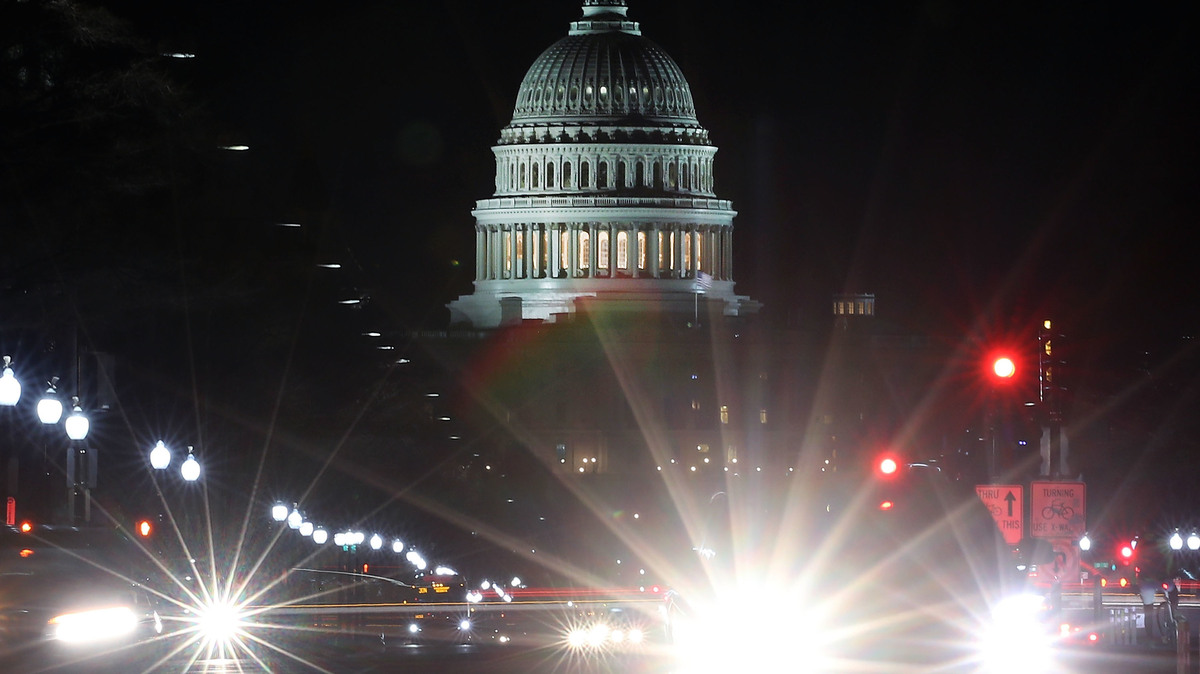 If 2016 was the bravura opener and 2017 the tension-building second act, 2018 could deliver an action-packed conclusion to the Russia imbroglio.

Even without knowing every surprise the saga might bring in the new year, there are already enough waypoints on the calendar to confirm that 2018 will ratchet up the volume yet again.

One-third of the Senate and every member of the House of Representatives is running for re-election this year. Current and former U.S. intelligence bosses say they expect the return of what they call "active measures" aimed across the United States, designed to amplify controversy and divide people as much as possible.

FBI Director Christopher Wray says the bureau has set up a task force to safeguard against foreign influence in U.S. elections, but it isn't clear how well prepared federal or state governments actually are to handle disinformation campaigns, cyberattacks or any other interference like that launched against the 2016 presidential election.

Even without foreign mischief, the congressional midterms may prove to be white hot. Political players in both parties have set the stakes as high as they get: the president's job. Liberal activists want impeachment to be on the ballot; they've said that Democrats must reclaim both chambers and get rid of President Trump, partly over the Russia imbroglio.

Republicans dismiss such aims as outrageous — but they also warn their own voters and donors that the threat is real, and so they must be just as aggressive in defending their majorities and President Trump.

Democratic congressional leaders Rep. Nancy Pelosi of California and Sen. Chuck Schumer of New York have said impeachment is not their priority. Billionaire Democratic donor Tom Steyer, meanwhile, is running an ad campaign that calls for impeachment by name.

Expect a fight within Democratic ranks over how much or how little to invoke the I-word — one that could be exacerbated by fake Facebook accounts or groups like the ones that divided Black Lives Matter and other groups.

2018 could deliver a blizzard of paper on the Russia imbroglio from across Congress, inside the Justice Department and the intelligence community. At least three congressional committees have said they could release their final reports into the Russian attack on the 2016 election or related events — but that doesn't mean there will be three reports. There could be many more.

The House and Senate Intelligence Committees and the Senate Judiciary Committee may issue reports from both their Republican majorities and Democratic minorities.

House Intelligence Committee Chairman Rep. Devin Nunes, R-Calif., a steadfast Trump ally who helped defend the White House all of 2017, may issue a report that emphasizes the denials by members of the Trump campaign of any wrongdoing during the 2016 race and rejects the notion that the campaign conspired with the Russians who were targeting the presidential election.

House Intelligence Committee Democrats led by Rep. Adam Schiff of California may issue their own report that highlights all the suggestions about collusion and impropriety, and which complains about the need for more investigation and additional evidence.

One potential model for this was the House Benghazi Committee's investigation into the 2012 attack on the U.S. diplomatic compound in Benghazi, Libya.

Republicans and Democrats used it to batter or defend Hillary Clinton — then ahead of her presidential run — and, in that case, panel members also issued a third report: Then-Rep. Mike Pompeo, R-Kan., now director of the CIA, and Rep. Jim Jordan, R-Ohio, who remains in the House, added their own "addendum" to the official report that faulted Clinton even more harshly.

Given the stakes of the Russia storyline to the political balance of the Capitol and Trump personally, lawmakers will be keen to use everything they develop to that end. 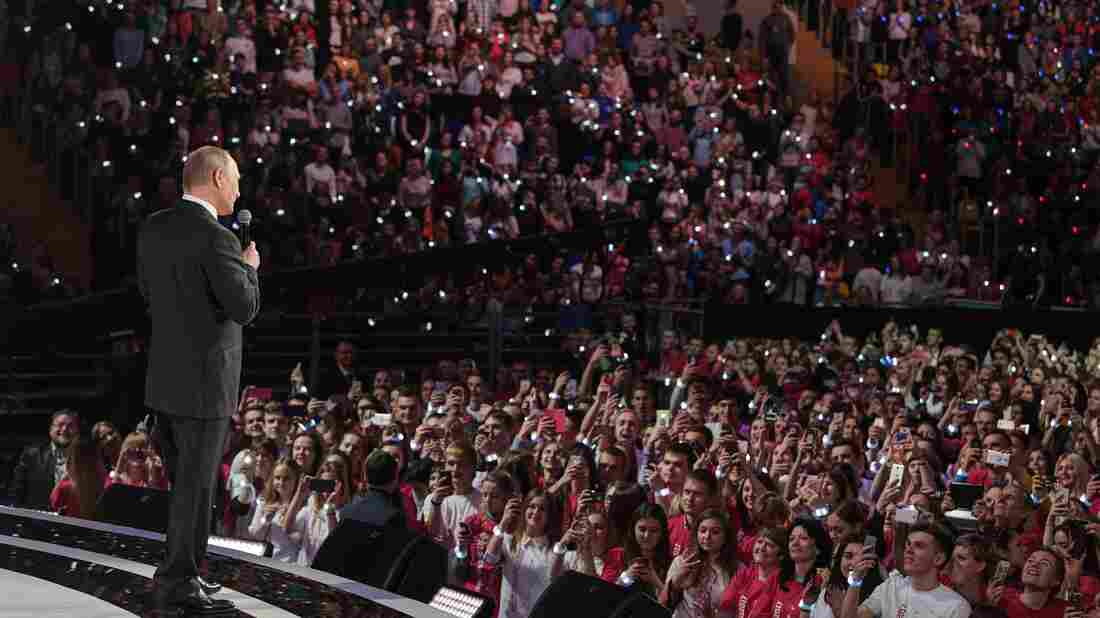 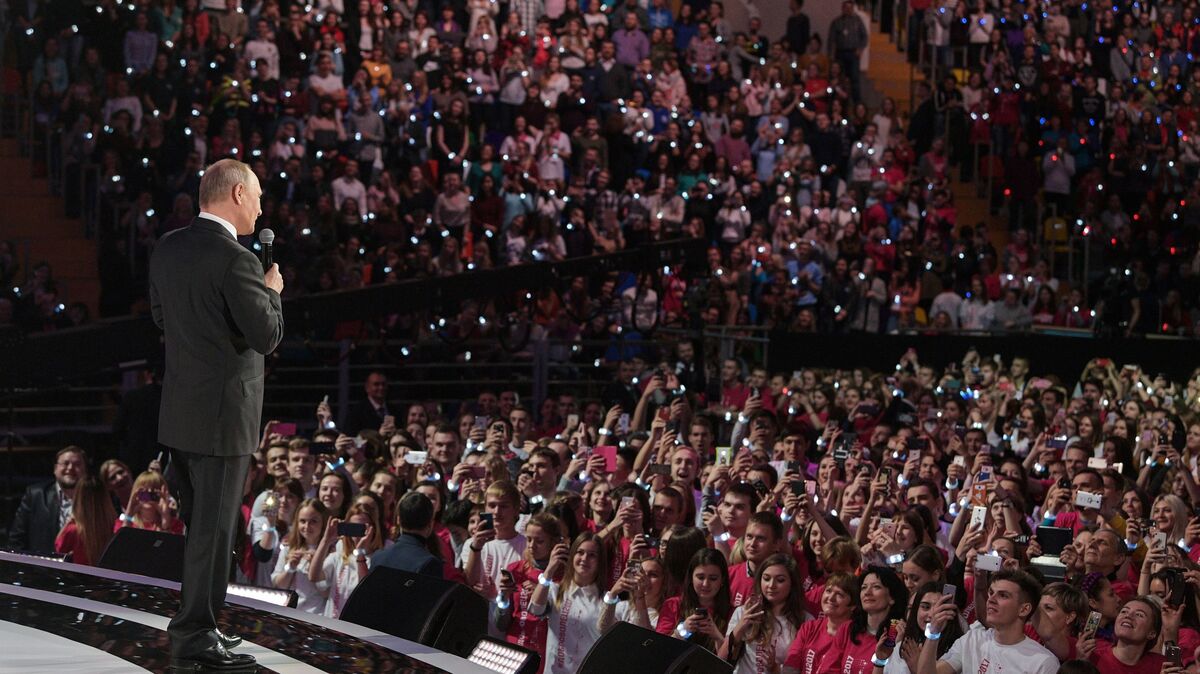 Russian President Vladimir Putin gives a speech at a forum of volunteers in Moscow on December 6, 2017

The United States isn't the only nation with a big election scheduled for 2018. Russian President Vladimir Putin is running again, too — and guaranteed to win. Even though Russian elections are widely faulted as un-free and unfair at best, Putin's conduct during this one will be highly suggestive.

Election Strife, Protest And Noise: In 2017, Russia Cranked Up The Volume

Previous Russian elections are, in many ways, the origin of the imbroglio. Then-Secretary of State Clinton irritated Putin when she questioned parliamentary elections in 2011. Later, American support for pro-Western elements in Ukraine pushed Putin's animus toward the West and Clinton into the red zone — prompting the broad campaign of active measures that Russia launched against the U.S. during the 2016 election.

How Russia Used Facebook To Organize 2 Sets Of Protesters

How Russia Used Facebook To Organize 2 Sets Of Protesters

Although Putin denies interfering in the West, he also loves to play the Cheshire Cat and let slip the occasional coy statement. Will he go further in talking to Russians about his strengths and accomplishments? Will the United States give Putin "some of his own medicine," as former Director of National Intelligence James Clapper has called for, and attempt an interference campaign of its own?

Even if the U.S. doesn't, Putin may still ascribe opposition or disturbances within Russia to American turnabout, and that could have its own consequences.

So for 2018, although the outcome of the Russian election is all but certain, the dynamic within Russia — and between Russia and the U.S. — is not.

Few recent Washington, D.C., figures have had the effect of the Justice Department's special counsel Robert Mueller. He became a cult figure of hope for Trump opponents. He and his unit have been turned into political tackle dummies by Trump allies.

But through it all, Mueller and his team have themselves remained nearly silent, operating mostly out of sight within the eye of the hurricane. A federal judge has imposed a gag order on the parties in Mueller's prosecution of former Trump campaign chairman Paul Manafort, and, moreover, talking directly to the press was never Mueller's style.

So his team is the subject of endless rumor and speculation — about the directions it's taking, about the people it might charge — but it has exhibited uncommon discipline in actually discussing its own actions.

The indictments it brought in 2017 came as a surprise to many people, showing that Mueller could, for example, conclude a plea agreement with former Trump campaign adviser George Papadoupolos on Oct. 5 and keep it confidential until the day it was unsealed. If that discipline persists, the guessing games will too. 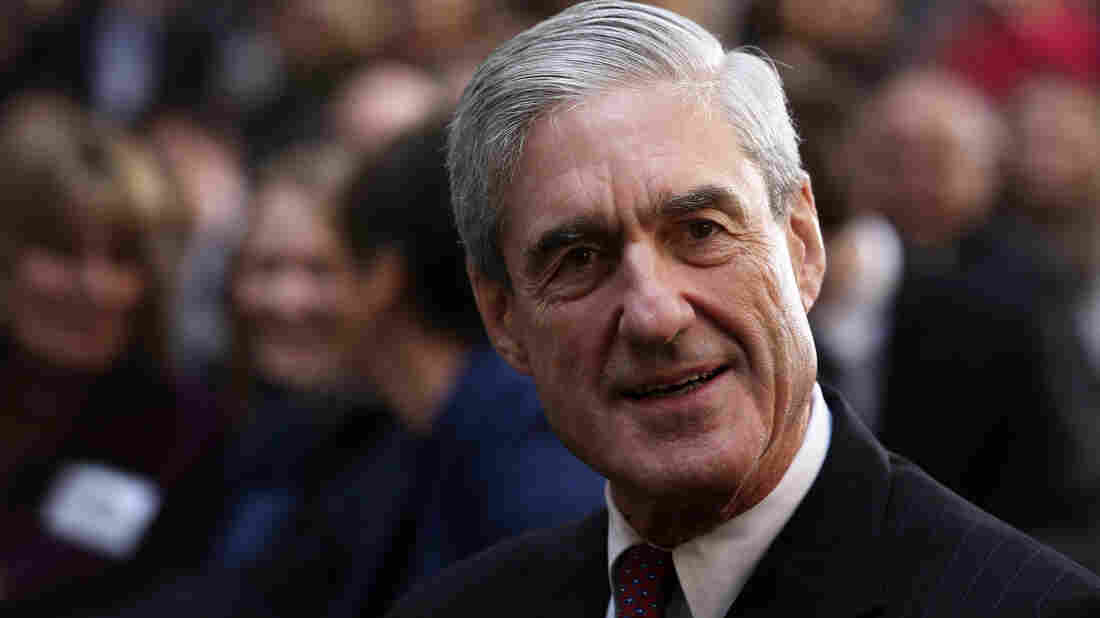 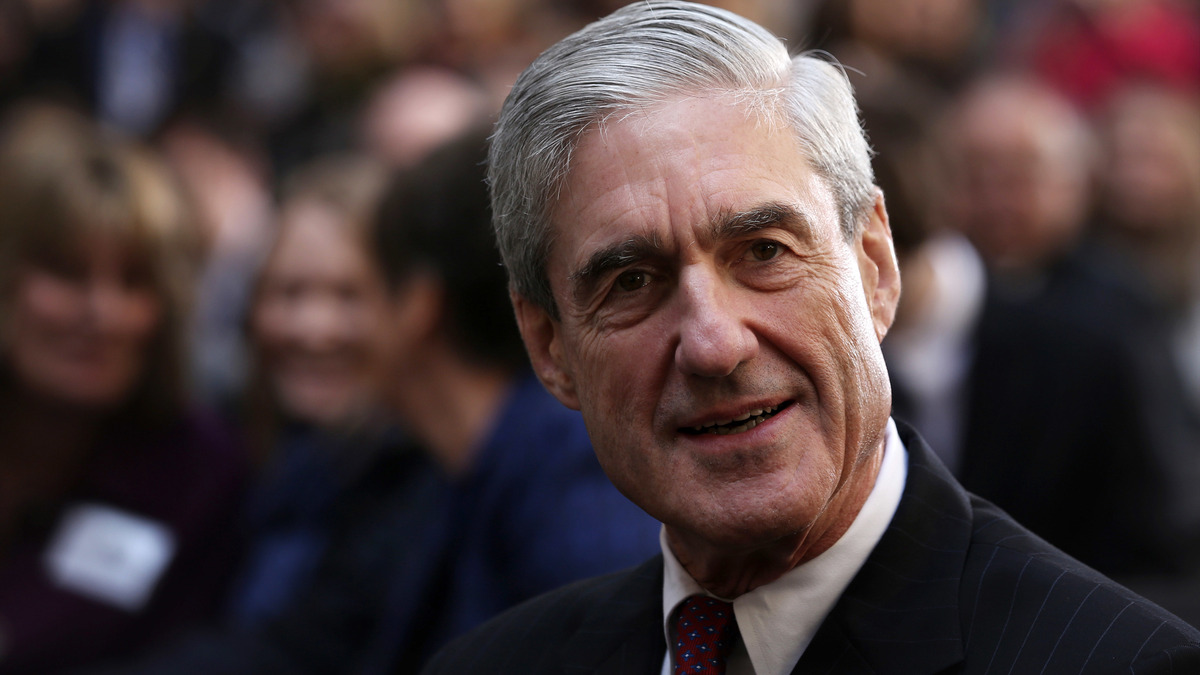 Outside legal experts have said they believe Mueller's work might not even be halfway complete, and that, based on past large, complex cases, the investigation might last through 2018.

If that is so, and Mueller continues making life uncomfortable for White House aides and other Trumpworld insiders, talk will likely continue about possible attempts to fire him.

The president can't remove Mueller directly, but he could try to replace Attorney General Jeff Sessions or other Justice Department leaders with people who would oust Mueller. If the White House decides to go that route in 2018, it would follow extensive political groundwork laid by allies who charge the FBI is rife with "bias," Mueller has obtained evidence inappropriately and other transgressions.

Supporters in Congress want to pass laws that would protect Mueller from such a fate, but unless 2018 brings major changes in the political dynamics, those bills don't have the support of Republicans leaders and Trump certainly would not sign one.

So even though a new year is dawning, the outlook for Mueller remains as murky as ever, both in terms of his job security and whatever work he intends to accomplish.

He has the cooperation of at least one major witness, that much is sure: former national security adviser Mike Flynn, who turned state's evidence in December in exchange for leniency. As far as other interviews, lines of inquiry and more potential charges, only Mueller knows for sure.

From The Loyalty Pledge To Mueller As A 'Savior': 2017's Most Popular Russia Stories