Accessibility links
'Unrest' Director Turns Camera On Herself To Document Chronic Fatigue Syndrome When Jennifer Brea was just 28 years old, a routine infection brought her down for five years. Her new film, Unrest, documents her struggle with chronic fatigue syndrome. 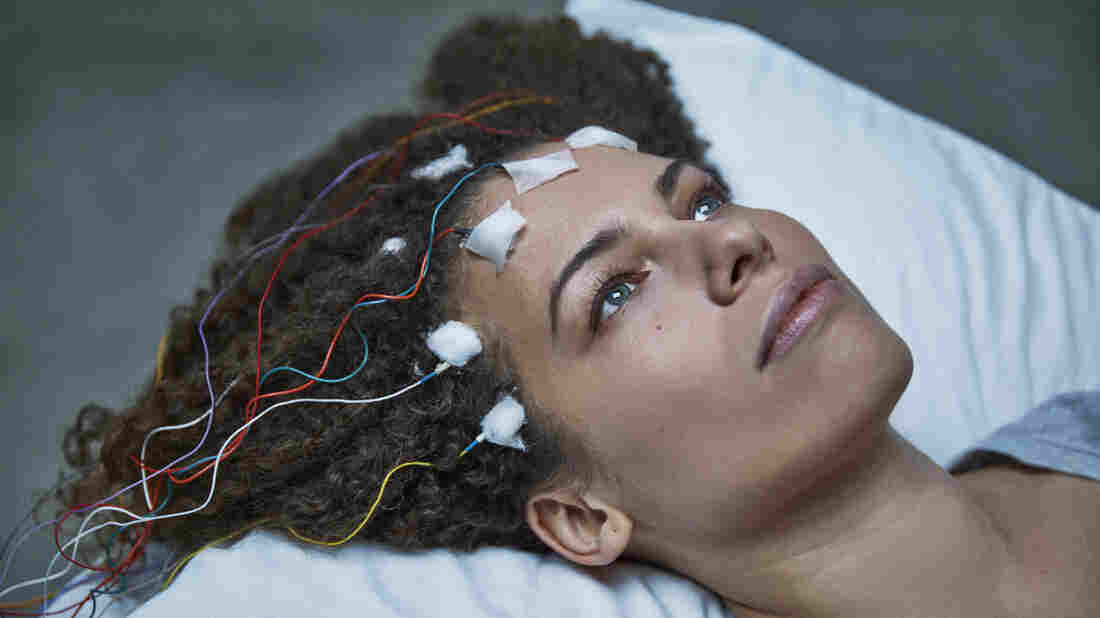 Disbelieved by doctors, Jennifer Brea turns the camera on herself to reveal the hidden world of ME, or chronic fatigue syndrome, in her film, Unrest. Jason Frank Rothenberg hide caption 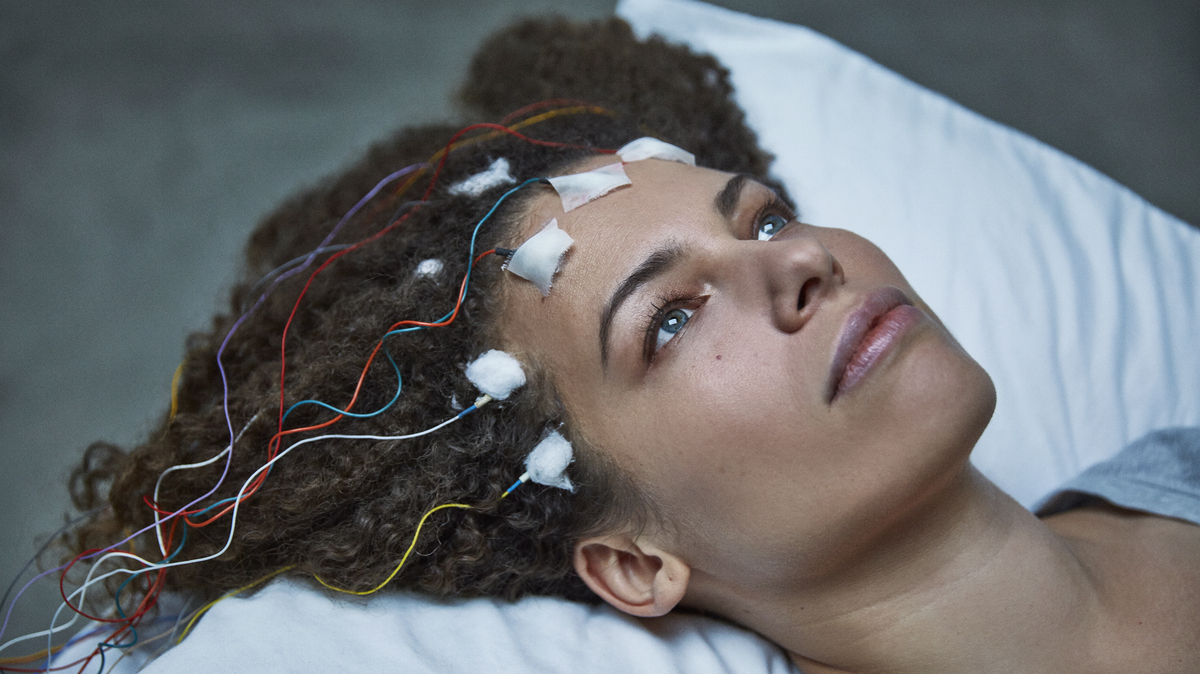 Disbelieved by doctors, Jennifer Brea turns the camera on herself to reveal the hidden world of ME, or chronic fatigue syndrome, in her film, Unrest.

Jennifer Brea was a PhD candidate at Harvard University when flu-like symptoms and a high fever brought her down for more than five years.

After her condition stumped several doctors, the 28-year-old filmed herself on her iPhone, including an episode when she was unable to move or speak. She showed the footage to her doctor, and in 2012 – a year and a half after her initial fever – she was diagnosed with a condition called myalgic encephalomyelitis, or chronic fatigue syndrome.

Even though an estimated 836,000 to 2.5 million Americans suffer from ME/CFS, the disease is largely misunderstood and many sufferers have not been diagnosed. The annual federal research budget for the disease is $4 million to $6 million, which is slim compared to, for example, the nearly $109 million allocated annually to multiple sclerosis research. That's part of the problem, Brea says.

"It's a disease that is twice as common as multiple sclerosis and on average can be even more debilitating, and yet we get almost no research funding and no access to medical care," she says.

Jennifer Brea: What Happens When You Have A Disease Doctors Can't Diagnose?

Brea tells Here & Now's Robin Young that her new documentary, Unrest, seeks to lift the veil on this invisible illness. The Sundance-award-winning film, which began with that initial iPhone footage, premieres on PBS next Monday.

ME/CFS follows an infection that leaves 75 percent of those affected unable to work and 25 percent homebound or bedridden. The disease is characterized by severe physical and mental fatigue, sleep problems and cognitive dysfunction, according to the Centers for Disease Control and Prevention.

No official laboratory test exists to diagnose ME/CFS, but the core symptom is known as post-exertional malaise, which is akin to when an athlete experiences muscle aches after a build-up of lactic acid during a heavy workout, Brea explains.

"Some patients are mildly affected, so they may hit their limit working full time and have to spend the weekends in bed to recover," she says. In more severe cases, "it might even be too much effort to be able to feed themselves or even get out of bed at all." 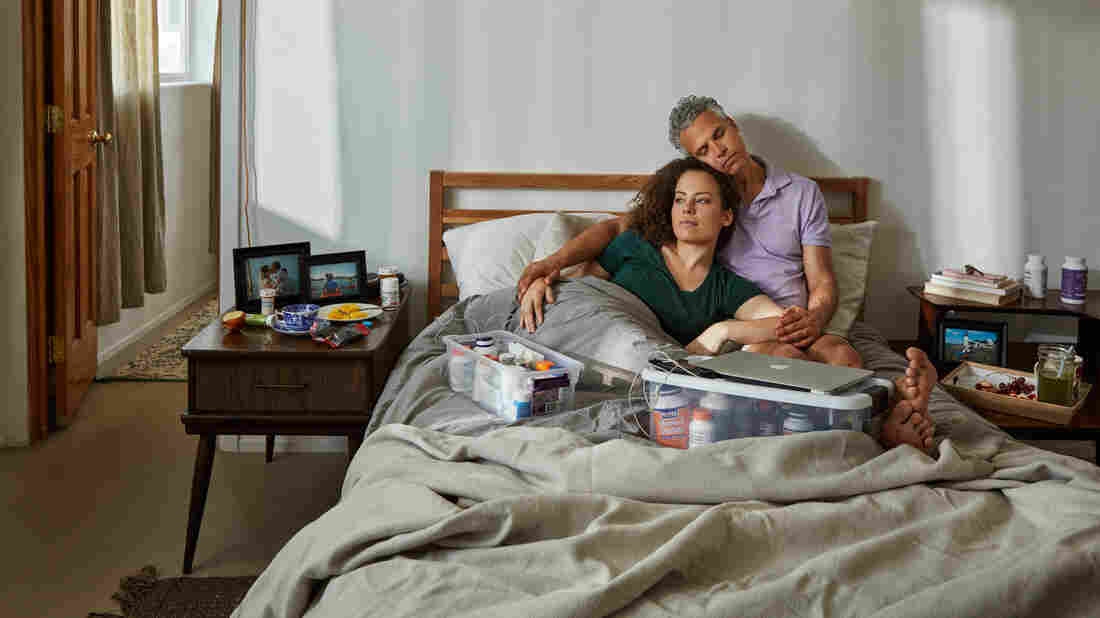 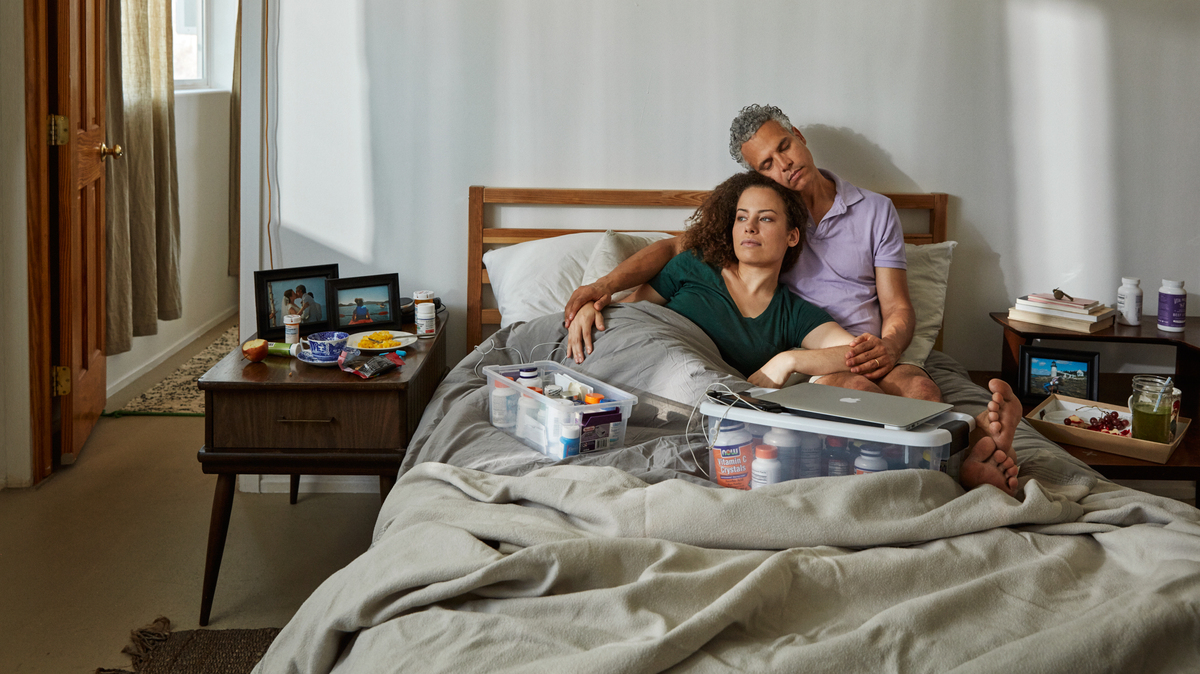 In Unrest, Jennifer Brea and her husband Omar Wasow confront an uncertain future in the face of chronic illness.

In the 1980s, the CDC officially designated the disease as "chronic fatigue syndrome." But Brea says that name "has served to obscure the reality of this disease," and has perpetuated the notion that the condition is purely psychological.

"There are many people — scientists, clinicians, advocates — who believe the name 'chronic fatigue syndrome' does harm to patients," Dr. Nancy Lee, a deputy assistant secretary in the Department of Health and Human Services, told NPR in 2014. "I agree."

Advocates argue the trivialization of the disease has led to lack of research and delayed diagnosis. A survey by the Chronic Fatigue and Immune Dysfunction Syndrome Association of America found that two-thirds of its 256 member organizations reported it took over a year to get a diagnosis, and most saw more than four doctors before being diagnosed.

"The core challenge is very few medical schools even have this as part of their curriculum," Brea says. "When a patient comes in with the symptoms that I had, they don't know how to diagnose you. They can start to blame you."

The backlash prompted the Institute of Medicine, a highly-regarded independent government advisory body, to conduct a review of the disease in 2015. The panel wrote in its report that the condition "is real" and warns clinicians that "it is not appropriate to dismiss these patients by saying, 'I am chronically fatigued, too.' "

There is no cure for ME/CFS, but many patients and doctors have claimed certain diets and exercise help. However, many doctors are now admitting that exercise can make the disease worse.

Brea says she is no longer bedridden but is still confined to a wheelchair. Studies have shown that the prognosis is better for younger people affected — 60 percent report recovery by five years and 88 percent by 12 years, according to the journal Frontiers in Pediatrics.

While the medical field continues working to legitimize ME/CFS, Brea compares the disease to the HIV/AIDS epidemic, when many people were forced to suffer in silence.

"This one doesn't always kill but can kill, but it's invisible and so very very hard to see," she says. "We do have literally millions of people around the world who are hidden in our homes and bedrooms. And I think the thing that is so heartbreaking to me is looking back at all of the decades that are lost and wasted not believing patients, not trying to find an answer."