Accessibility links
How Germany Wins At Manufacturing — For Now Manufacturing accounts for 24 percent of the German economy. In the U.S., it's only 11 percent. What makes German manufacturing so strong and resilient?

This is the first of three reports from NPR's John Ydstie on Germany's manufacturing strength.

The United States needs to create more manufacturing jobs: That has been a constant refrain of President Trump and was one of the goals of the corporate tax cut recently passed by Congress and signed into law. The loss of manufacturing jobs has been a problem for many countries, especially the U.S. It played a big role in Trump's election.

Germany, however, continues to maintain manufacturing as a large share of its economy. It makes up nearly a quarter of the German economy, about twice the share that manufacturing has in the U.S. economy.

How do the Germans do it? Are there any lessons for the U.S.? 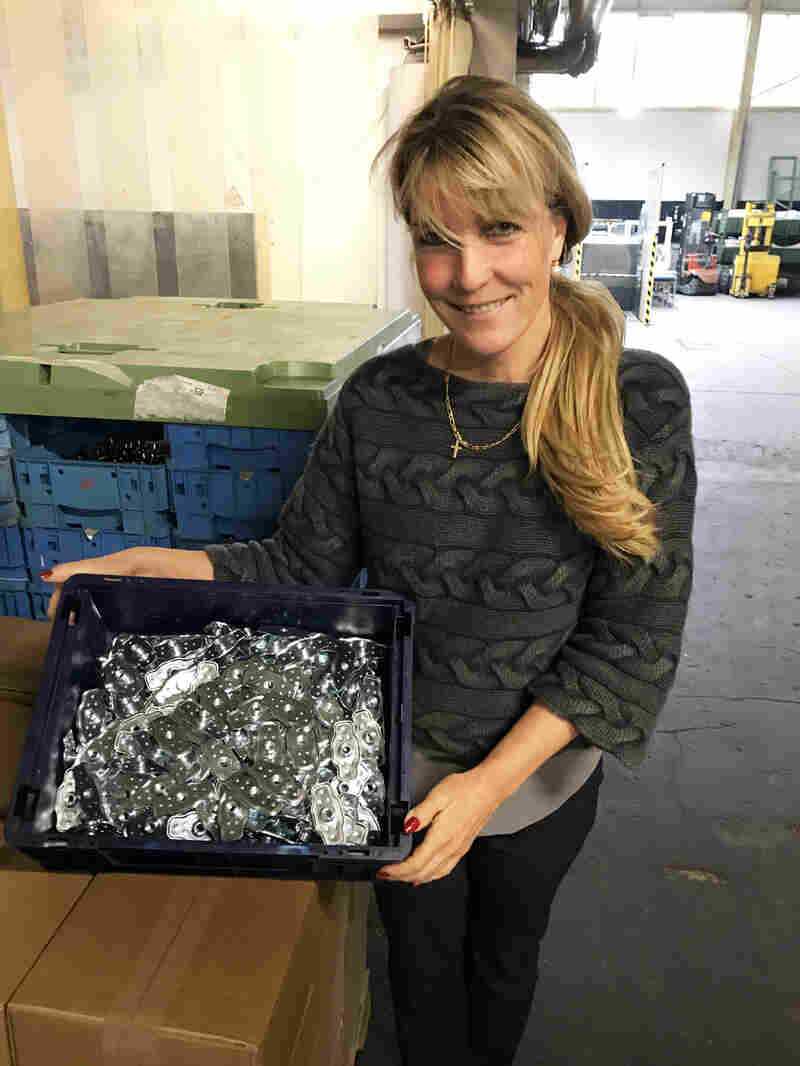 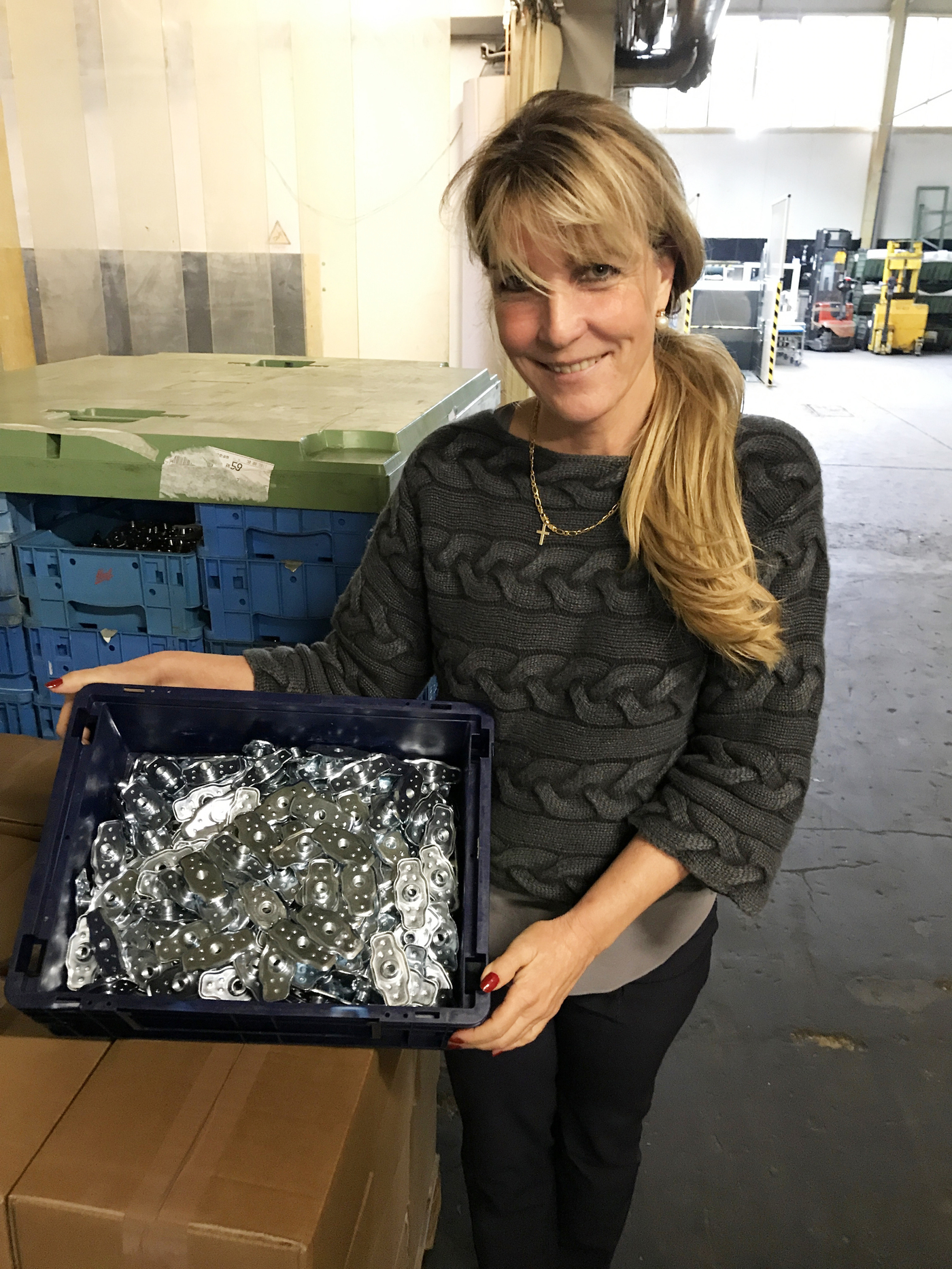 After World War II, Germany put in place a financial and institutional structure that supported manufacturing, but the economy's emphasis on "making things" goes back much further to a tradition of very capable small and middle-size companies called the Mittelstand. In Germany, they are seen as the foundation of the country's manufacturing success.

Schmittenberg Metal Works, an auto parts maker based in Wuppertal, is a prime example. Its factory there stamps out parts by the millions for the world's automotive industry.

"My grandfather was an engineer and toolmaker and had the technologic know-how, and my grandmother supplied the money, so, I mean this was, yah, a dream team, yah," says Yvonne Schmittenberg. She's a petite woman with long blond hair; an unusual CEO in a male-dominated industry. 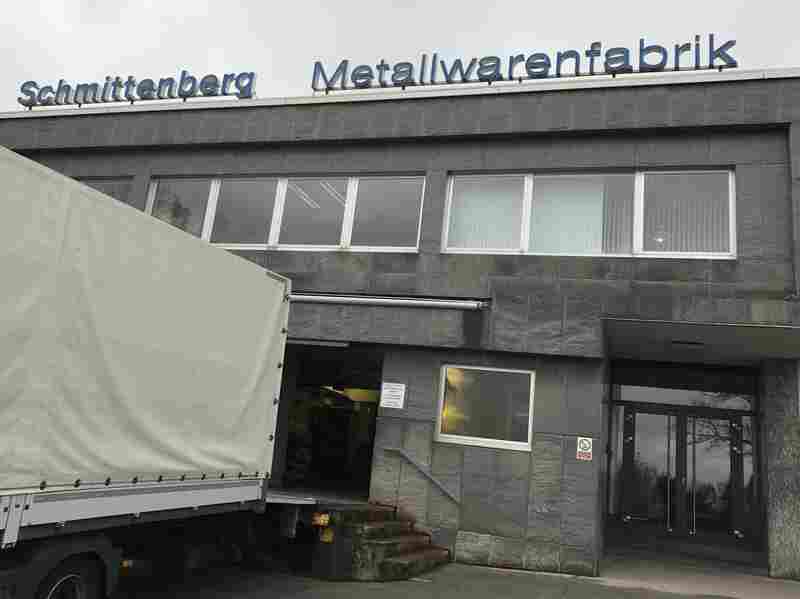 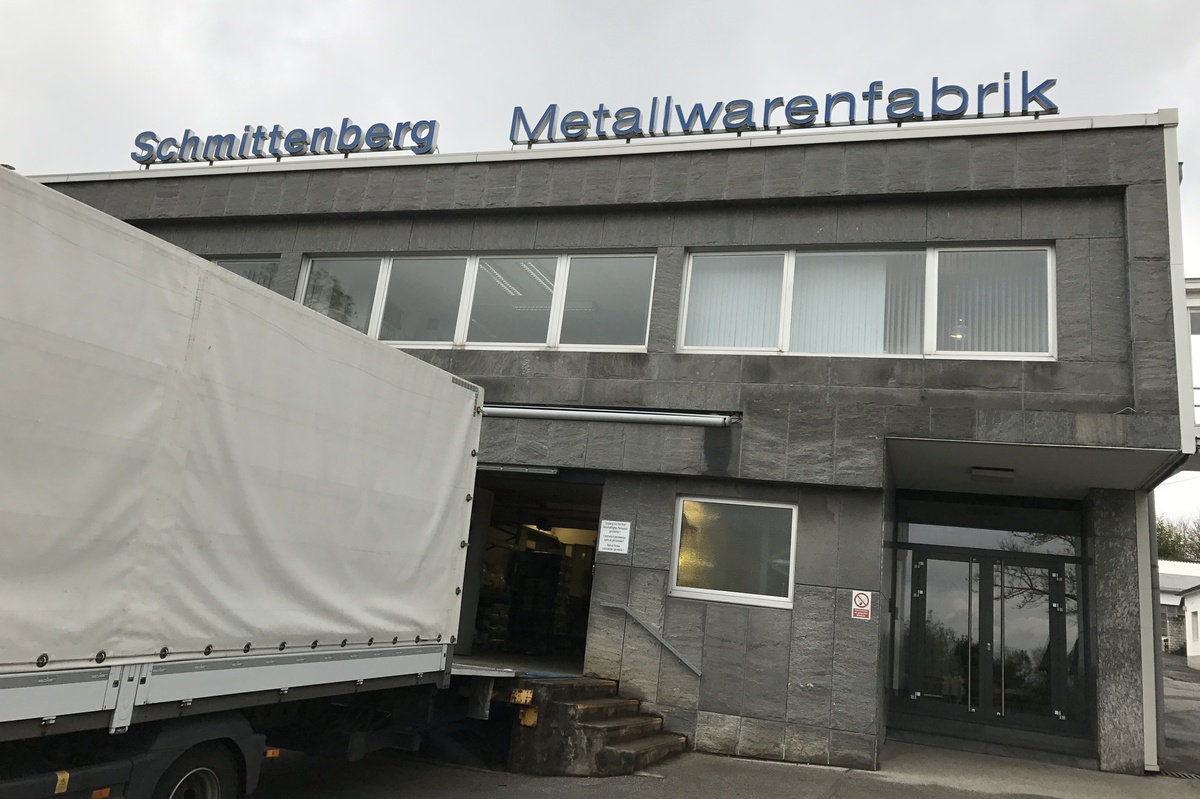 Schmittenberg was working in France in the 1990s when her grandmother, who was running the family business then, called and said it would be sold if she didn't come back home and take over.

"I was working as an investment banker, which I liked a lot," she says. "But blood is thicker than water, and after all, I was very much tempted by the entrepreneurial challenge, yes."

Schmittenberg is proud of the company's history. It was founded in 1932. It survived the second World War and right afterward began supplying parts for Germany's recovering auto industry. Volkswagen was one of the company's first customers.

"Starting with Volkswagen, the Beetle, the first Beetle was supplied by the Schmittenberg company with the first weld nuts," she says.

Weld nuts are small but critically important parts. Most are about the size of a silver dollar with a small-threaded tube sticking up. They are welded to a car's body and used to bolt on things like seats and seat belts, so they must be able to hold up against the violent forces unleashed when cars collide or smash into something.

They look pretty simple, like something that these days would be manufactured in a low-wage country; in fact, they are highly engineered parts. Christian Rieder heads up Schmittenberg's sales team. He says the weld nuts the company produces are incredibly strong.

"On this threaded plate you can hang four Mercedes-Benz S-Classes on," he says. That's the equivalent of 8 tons — you could weld this small threaded plate to a steel girder, then hang four large automobiles from it, and the threads would not strip, the part would not fail.

That attention to engineering and quality is a hallmark of German manufacturing companies. Yvonne Schmittenberg says it's what makes Schmittenberg, and companies like it, competitive: "Obviously we are under pressure and we have to fight for market share every day, but still quality is our main issue, and we would never shift to anywhere when quality is in slightest question."

This is one of the strengths of German Mittelstand companies: They're often family-owned and focus on long-term success, not on maximizing short-term profits. They pay attention to quality.

Yvonne Schmittenberg has some advice: Pay attention to your workforce. Don't presume every kid should go to college. Get them interested in making things.

"I think this so important to keep the youngsters interested in manufacturing," the CEO says. "And this starts at the schools ... to have the kids running around with open eyes being interested in technical issues, see how things get done and really get them motivated on how to do that."

Lessons for the United States

What's the takeaway for U.S. companies? Can the U.S. embrace these qualities and boost manufacturing?

Martin Baily, an economist at the Brookings Institution and a former White House economic adviser, has studied the question. He says he thinks it would be a good thing if the U.S. had more manufacturing jobs and could provide work for people who aren't highly educated, but that such an expansion would be very difficult to achieve.

"I would not advise U.S. companies or U.S. policymakers to try to replicate what's happened in Germany," he says. "In fact, I would look at Germany and say you're going to have a tough time going forward, in fact you're already having a tough time as some production shifts to eastern Europe."

Baily says a big reason is that technology is advancing so fast that it will continue to displace even highly skilled manufacturing workers.

Some Germans are also worried about this. Jeromin Zettelmeyer, a former economic official in the German government who is now at the Peterson Institute for International Economics, says Germany may soon find that it's too reliant on manufacturing.

"There is a very serious worry that we might lose our manufacturing edge over the next 10-20 years and be in the same situation the U.S. is now — except, without having grown a new growth engine like the IT sector in the meantime," Zettelmeyer says.

As Germany and the U.S. face the future they are caught in a "grass is always greener" moment, where each sees in the other the thing it does not have. Even if Germany is really good at manufacturing, maybe it needs to try to emulate the U.S. and start looking beyond manufacturing to find postindustrial jobs to drive its economy.

Meanwhile, the U.S. faces an equally difficult question: How to provide decent jobs for workers who once would have been employed in manufacturing?