Accessibility links
How Cold Is Too Cold For Pets? A common misconception is that dogs and cats are more resistant to cold weather than humans because of their fur, but the risks to animals can be greater during a cold snap than during extreme heat. 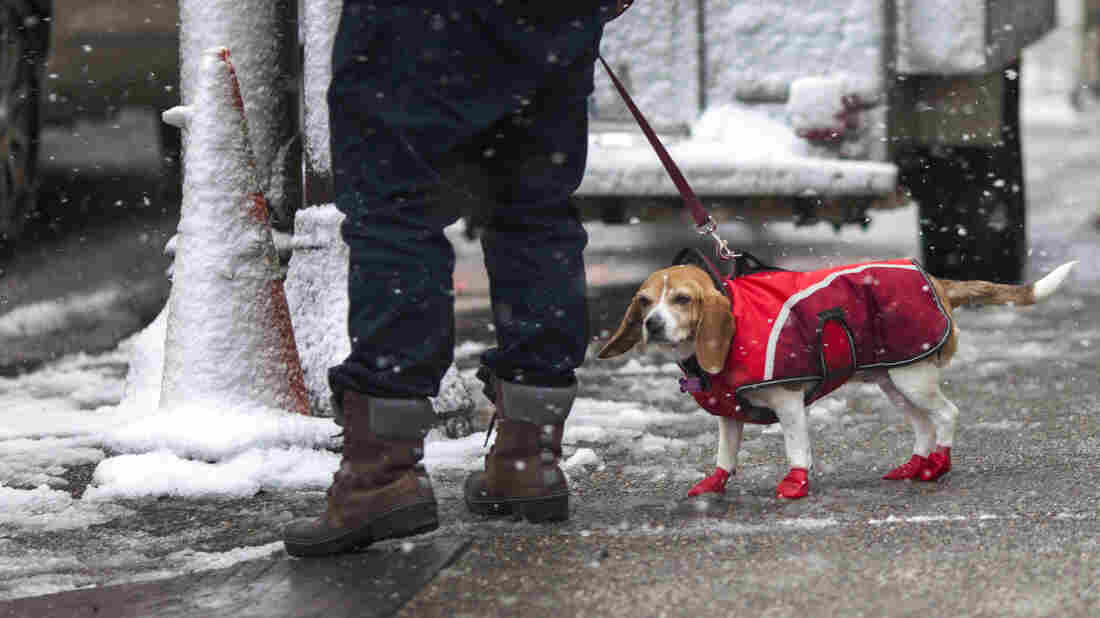 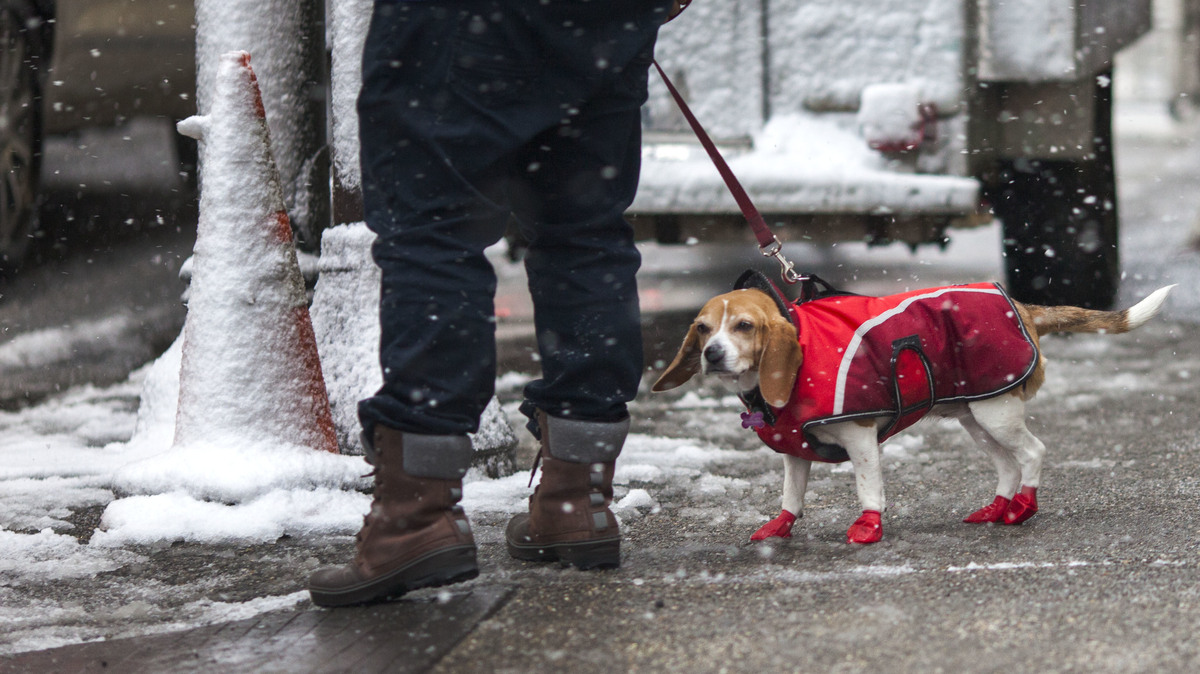 A man walks his dog during a snowstorm last February in Philadelphia.

Many pet owners are aware of the dangers to dogs and cats in extreme heat, but the risks can be even greater during a cold snap.

With record low temperatures across the nation, and the East Coast preparing for a winter storm this week that forecasters are calling a "bomb cyclone," owners should protect their pets from freezing temperatures. A common misconception is that dogs and cats are more resistant to cold weather than humans because of their fur, according to the American Veterinary Medical Assocation.

So how cold is too cold to take dogs outside for a walk? Dr. Kim Smyth, a staff veterinarian with Petplan insurance and a pet health writer, adapted guidelines from the Tufts Animal Condition and Care system to help pet owners determine if the weather is safe.

She tells Here & Now's Robin Young that there is no one right answer for every dog, but owners should consider the size of their dog, breed and their overall health. Smaller dogs with thinner coats are more at risk, she says.

"Under 30 degrees, factoring in the wind chill, it's not going to be safe for any dog to be outside for an extended period of time," Smyth says." You can buy yourself a little bit of time with warm weather clothing," such as dog sweaters and booties to cover their paws.

Just like people, dogs are at risk of hypothermia when they are left out in the cold for prolonged periods.

"Shivering would be the first sign ... so you want to get these dogs inside, wrap them up in a warm towel or blanket and get them to the vet if you need to," Smyth says.

Not only do booties keep dogs' paws warm, but they protect paw pads from toxic chemicals on the ground, such as deicing agents and antifreeze. After a walk, owners should wipe down their dog's feet and check lighter paw pads for redness or swelling, Smyth says.

As NPR previously reported, pets are attracted to antifreeze because "ethylene glycol, the main antifreeze ingredient, is sweet, but it's also quite toxic."

A dog's age and overall health can also help determine its tolerance of cold temperatures. The AVMA suggests winter is a good time to take your dog to the vet for a checkup, so owners can be aware of any new or worsening health problems.

"Pets with diabetes, heart disease, kidney disease, or hormonal imbalances (such as Cushing's disease) may have a harder time regulating their body temperature, and may be more susceptible to problems from temperature extremes," the AVMA writes on its website. "The same goes for very young and very old pets."

For outdoor cats, Smyth recommends providing an insulated shelter outside and access to water that is not frozen.

"Cats are really good at hiding, finding nice warm hiding spots, including under the hood of your car," she says. "So in the morning when you go out, before you start your car please bang on the hood, scare the cat out, so they don't get trapped in the fan."