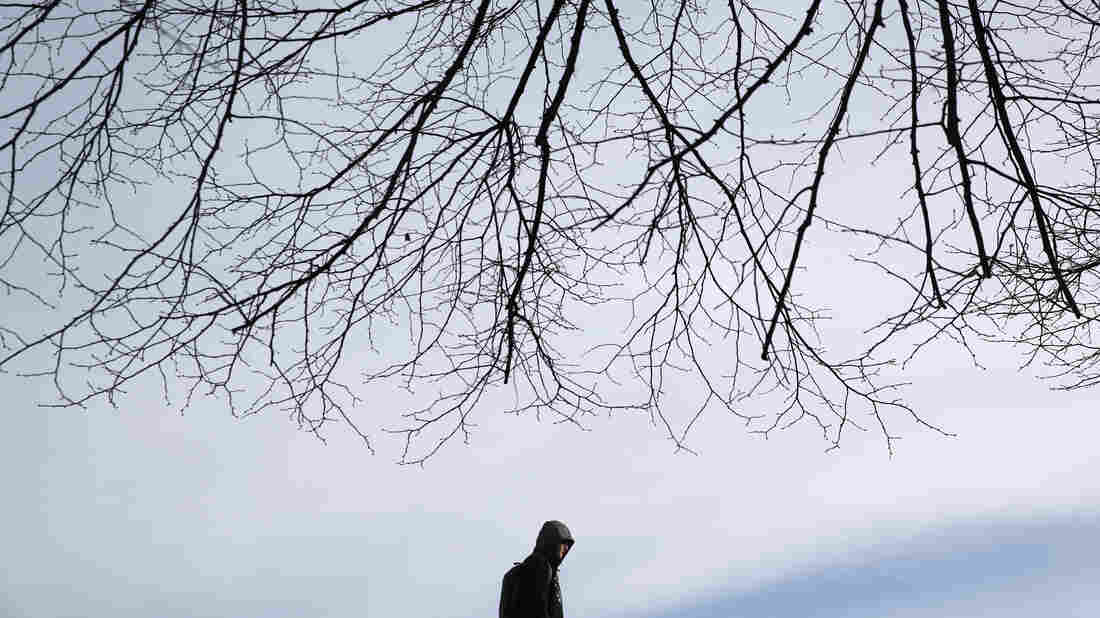 A man walks beneath a tree in Baltimore Wednesday as temperatures remain stubbornly below freezing. Patrick Semansky/AP hide caption 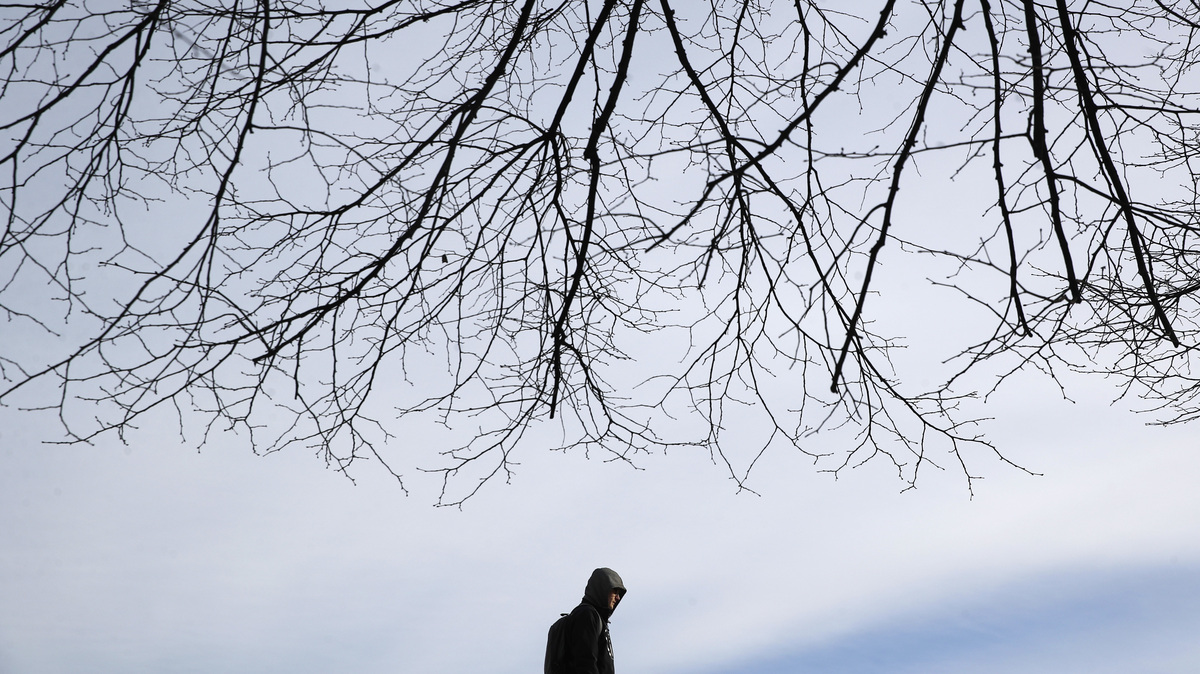 A man walks beneath a tree in Baltimore Wednesday as temperatures remain stubbornly below freezing.

Baltimore's public schools closed Thursday after parents and educators there complained students were enduring frigid classrooms with plumbing issues — conditions the local teachers union called "inhumane." Four of Baltimore's public schools were closed Wednesday because of facilities problems but the rest had remained open through below freezing temperatures. Some schools hovered around 40 degrees inside.

"She actually said she couldn't feel her feet at one point," she said. "I texted her back and said are you joking? She says — no."

Massie said her daughter has been in the building when it was cold before, but that this week felt worse to her. "I told her to tough it out and get home as fast as she could," she said.

At Frederick Douglass High School, senior Dennis Morgan said Wednesday he was freezing. "As of now, I have on four shirts, two hoodies, and a jacket," he said. "It's kind hard to get comfortable when you've got so many layers on and you're not used to it and you're still cold." He said teachers are sharing their scarves with students. A burst pipe and fallen ceiling tiles destroyed numerous MacBooks and technology equipment at that school. Students there were dismissed early on Wednesday. 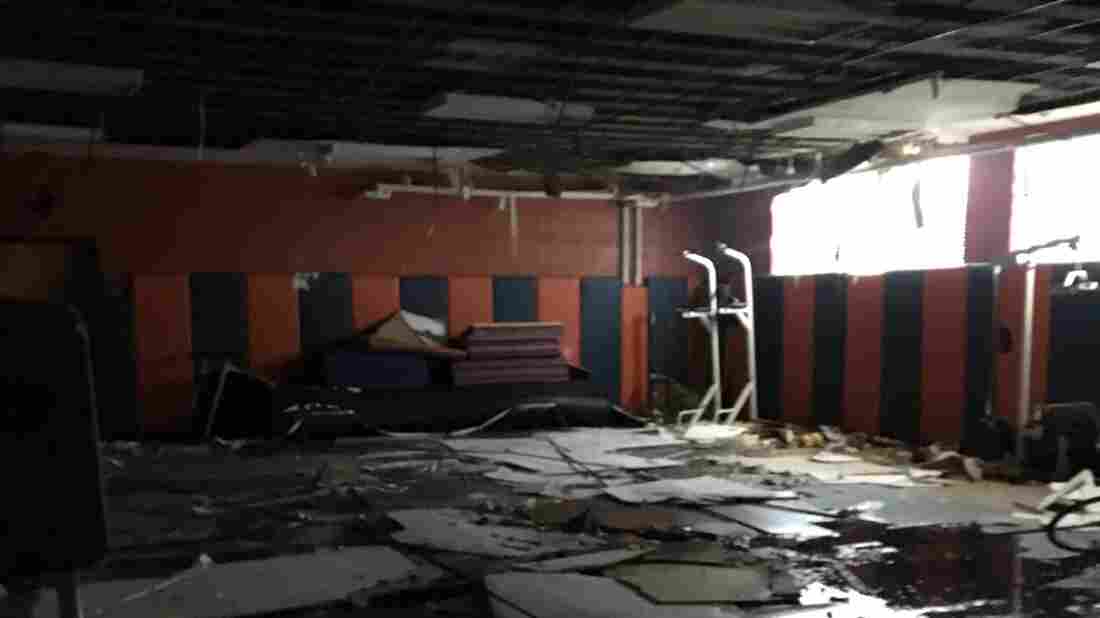 The wrestling room at Fredrick Douglass High School in Baltimore after pipes burst. Teacher Derek Bosshard says a handful of classrooms at the school are in similar condition. Courtesy Derek Bosshard hide caption 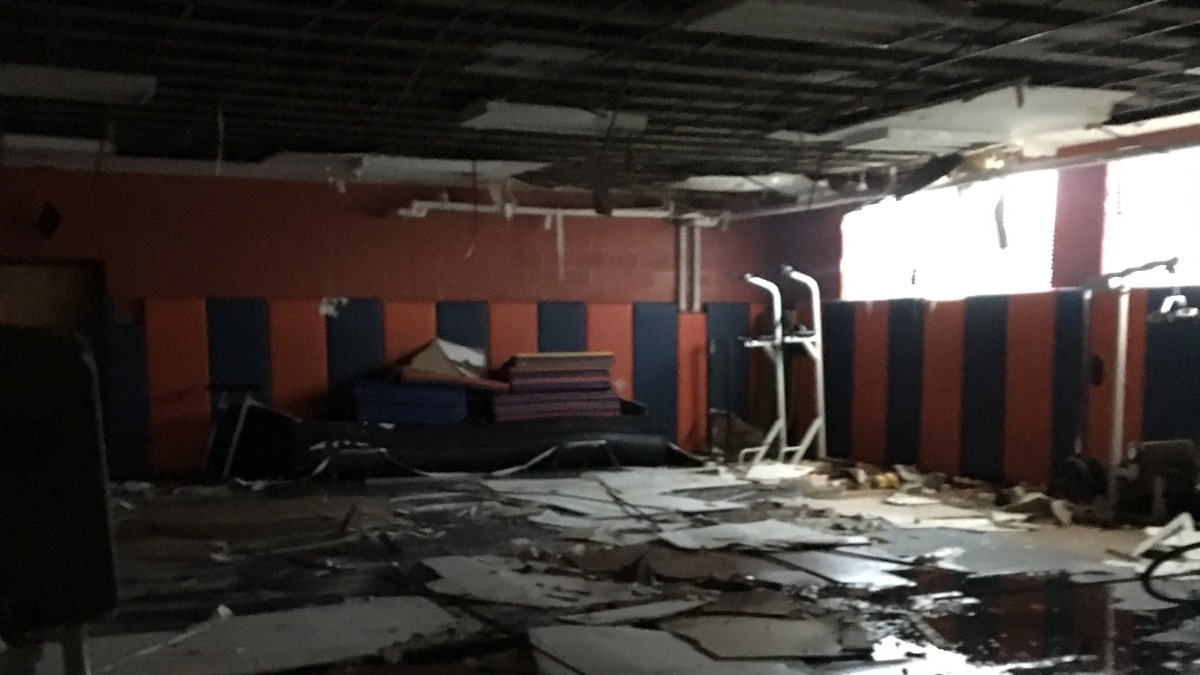 The wrestling room at Fredrick Douglass High School in Baltimore after pipes burst. Teacher Derek Bosshard says a handful of classrooms at the school are in similar condition.

On social media, teachers and parents posted photos of students wearing winter coats inside and thermostats displaying temperatures in the 40s and 50s.

In a letter to the BCPS president Wednesday afternoon, the Baltimore Teachers Union called school conditions "unfair" and "inhumane" and implored officials to close schools for the remainder of the week. The organization said it had received "several" calls citing lack of heat.

In a statement, Baltimore Public Schools said buildings had been monitored for heating or plumbing issues during the holiday break and that "numerous problems" had been identified and resolved then. "Unfortunately, with the extreme temperatures, new problems can emerge quickly," the statement continues. "Our priority is always to open buildings whenever possible. We want students to have every possible opportunity for teaching and learning, and we also want to make sure that students can get the services and supports that many families rely on — for example, warm meals and before- and after-school care."

BCPS also said it relies on principals to relocate or combine classes when parts of a school have heating or plumbing problems and that "only when problems affect large portions or all of a building do we make the decision to close the school. This occurred with the schools that were closed today."

City Schools CEO Sonja Santelises reiterated on Wednesday on Facebook Live that the operations team worked through the holiday break. "We had some schools that were colder yesterday but were warmer today," she said. "The challenge was we had new schools today that were facing heating challenges."

Baltimore Mayor Catherine Pugh said she has no say in whether schools are closed, citing a 1997 deal that gave the state oversight of the city's public schools.

Other local political leaders responded on social media about the condition of the schools. Some pointed out that the schools have had long-standing heating, plumbing and repair needs. State Sen. Bill Ferguson blamed Maryland Gov. Larry Hogan for not adequately funding public schools:

Calling the conditions "unacceptable," Councilman Zeke Cohen said he would "fight until my last breath for our schools to get the funding they deserve."

Today I stood in front of one of the schools in our District where children attempted to learn in freezing classrooms. This is unacceptable. I will fight until my last breath for our schools to get the funding they deserve. Baltimore, we need to do better. pic.twitter.com/2SGZP8qfkT