Accessibility links
In 'A State Of Freedom,' Be Careful What You Wish For The characters Neel Mukherjee's new novel all want better lives, and — to say the least — they're seldom rewarded. A State of Freedom is a dark, brutal read, but also surprisingly beautiful.

In 'A State Of Freedom,' Be Careful What You Wish For

In 'A State Of Freedom,' Be Careful What You Wish For 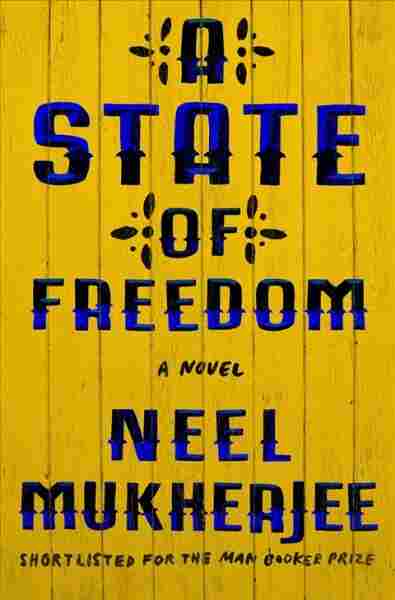 A State of Freedom

Some writers believe that they have to ease their readers into darkness. It's a popular gambit, and to an extent, it makes sense — you don't want to lose the reader by plunging them instantly into misery; there has to be some glimmer of hope at the beginning, even if you plan to extinguish it eventually.

Neel Mukherjee, thankfully, is not one of those writers, as his stunning third novel, A State of Freedom, proves. His latest book starts off benignly enough, but it doesn't take long at all for him to twist the knife, letting the reader know that this isn't going to be a saccharine, feel-good story. It's a brutal novel that gets darker and darker, and it's as breathtakingly beautiful as it is bleak.

A State of Freedom is a novel told in five interconnected stories, and the first one sets the tone perfectly. A Calcutta-born man who's lived in the United States for years takes his young American son to visit the Taj Mahal and the town of Fatehpur Sikri, hoping to teach the boy about his Indian heritage. He's also trying to reconnect with his own past; after a long time in the States, he feels like he's "no longer a proper Indian;" instead, he's become "a good, sheltered first-world liberal."

The trip is uneventful until the father and son encounter a vagrant with a bear; the boy is terrified, and contracts a sudden sickness. The story ends as badly as one can imagine, and the novel only gets grimmer from there.

PHOTOS: An Amazing Eye For The Colors Of India

The second story continues with a similar theme — an Indian man living in London comes back to his homeland to visit his parents and to collect recipes for a cookbook he wants to write. He's aware that he's living "a divided life," but he's unwilling to sacrifice his cosmopolitan existence in London. In Bombay, he tries to connect with his parents' cook and maid; he's always hated the way his father has treated the help. When he returns again the following year, he's shocked to find out how things have changed. It's a smart, if depressing, look at how the concept of class is almost impossible to overcome in a world where the poor and rich are destined to live separate lives.

The centerpiece of the novel is the story of a vagrant and his bear. Desperate for money, a man named Lakshman finds a bear cub, and with the help of a trainer, teaches it how to dance. Lakshman is a vicious and pitiable character; he beats and humiliates his wife and subjects his bear to unspeakable cruelty. He recognizes that he's turned into something terrible: "And Lakshman laughs and laughs and laughs until the stick drops from his hand and, with his sweaty palms, he is wiping his snot and tears and drool and trying to stop the sobs that come out of the stranger he has become." It's a brutal story, almost physically painful to read, but out of the horror, Mukherjee finds a kind of terrible beauty.

It's a brutal novel that gets darker and darker, and it's as breathtakingly beautiful as it is bleak.

That's also the case for the remaining two stories, which tie the central narrative together, and which are difficult to discuss without diminishing the power of the novel itself. That's not to say that A State of Freedom is dependent on plot twists — that's not the case at all. But Mukherjee's ability to shock is best left unspoiled, even as his novel gets progressively darker.

Mukherjee tackles some notoriously difficult themes perfectly: The characters in A State of Freedom all want better lives, and — to say the least — they're seldom rewarded. It's not exactly a novel that warns readers against striving; rather, it's one that urges us to be careful what we wish for, and to always be prepared for disappointment. Mukherjee also brilliantly details the brutality inherent in the class system, and the violence and despair that are its inevitable results.

In the hands of a lesser author, that could come across as preachy, a kind of hectoring by a writer who's convinced of his own moral superiority. But Mukherjee isn't judgmental; his tone is matter-of-fact, not polemical. And his writing is simply gorgeous — refreshingly, he switches styles in each story, with the first one mannered and careful, and the last one raw and unvarnished. A State of Freedom is a marvel of a book, shocking and beautiful, and it proves that Mukherjee is one of the most original and talented authors working today.