Accessibility links
Review: Typhoon, 'Offerings' The band's fourth album, its most ominous and sonically dramatic, is also a work of brilliant storytelling about a man losing his memory. 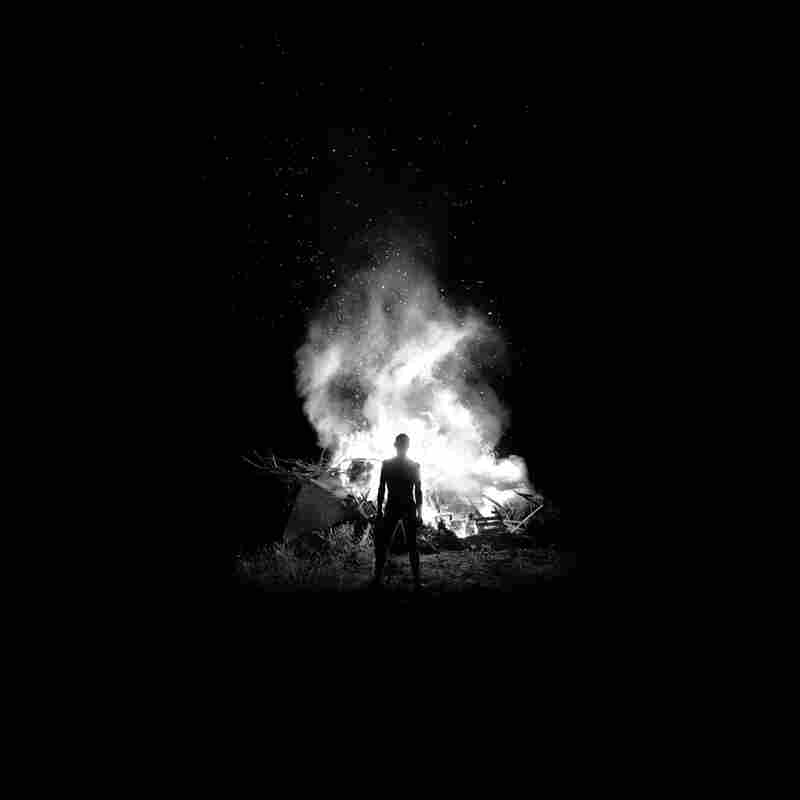 The fourth album Offerings, the most ominous and sonically dramatic record from Typhoon, opens with this line: "Listen — of all the things that you are about to lose, this will be the most painful." And for the next 70 minutes, bandleader, singer, guitarist and songwriter Kyle Morton weaves a tale of a man losing his memory and with it, his identity. Kyle says that he's "preoccupied with memory, losing memory, and trying to recapture memory." He told me in an email that for this album, the band's first since 2013, that he wanted to explore "the dual theme of (1) what it means to be a person stripped of all memory and (2) what happens to a world that loses all sense of history (read: modern America). In a nutshell, neither outlook is good, though hope is offered here in small doses."

The album is divided into four parts: "Floodplains," "Flood," "Reckoning," and "Afterparty." Each is a representation of the mental state of the main character realizing something is wrong, then experiencing the stress and strife that ensues, and accepting before yielding to the final horrifying fate. The tale parallels the state of our times — an age of endless information and a loss of meaning. "There's no future, there's no lighthouse on the lake," Kyle Morton sings. "You're just rambling through endless corridors — a mouse lost in a maze."

Had this album come out even a dozen years ago, many of us might have spent the coming year dissecting and poring over the density and meaning buried in this record. The irony here is that coming off a year where there was an absolute avalanche of new music — which for me made 2017 a difficult time to dive deep into any one record — this album, stocked with literary references and political parallels, may become the victim of its own subject. Kyle raises this question early on, on the second song called "Rorschach": "We have all the information now, but what does it mean?"

I hope that Offerings doesn't become a casualty of its own tale. This album of brilliant storytelling, clocking in at almost 2300 words, is worth dissecting and poring over. Unlike previous music from Typhoon, where roughly a dozen musicians normally includes big and uplifting brass, this one is more guitar-centric, with dark string arrangements. After listening to it, I texted my All Songs Considered co-host Robin Hilton the following: "good lord this Typhoon album is brilliant ... haven't cried listening to a record since [Sufjan Stevens'] Carrie And Lowell." Offerings is truly a wise and ruminative record.