Sharp, Bracingly Funny Film About 3 Young Women Living 'In Between'

Sharp, Bracingly Funny Film About 3 Young Women Living 'In Between' 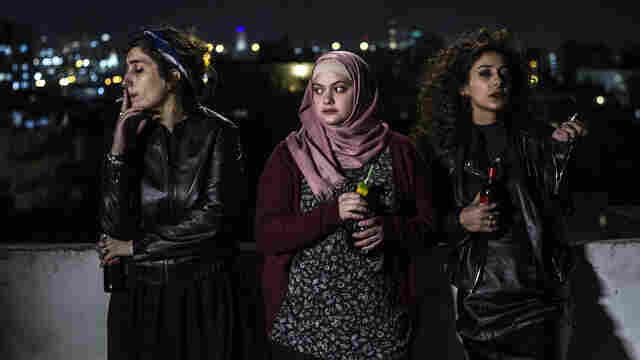 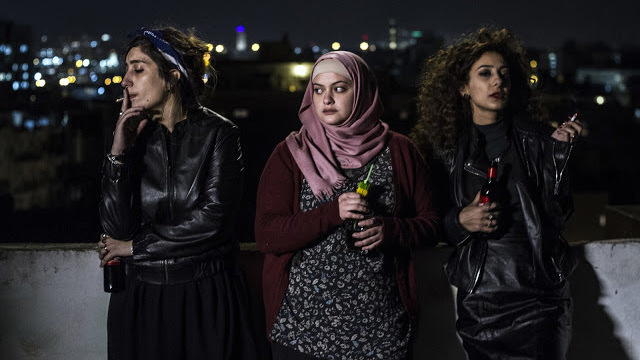 In Between, a bold, brassy and beautiful first feature about living while Arab and female in Israel, was made by a young Palestinian woman with Israeli funding. But that is not what earned writer-director Maysaloun Hamoud a fatwa from her own people. Set in Tel Aviv, Israel's most secular and free-wheeling city, the movie glances briefly and with astringent black humor at the contradictions of living in a Jewish-dominated world whose Arab citizens are often treated with fear and suspicion. Mostly, though, In Between points a accusatory finger at the ways in which Arab patriarchy and its enablers try to keep things medieval for their upcoming young women.

Politically this is fire-breathing material, but Hamoud's skill at pop storytelling and mastery of shifting tones are such that In Between unfolds less as a polemic than as a warmly human, often very funny, sporadically tragic story about three young women who are far more fleshed-out than they might seem on paper. Still, gender politics is built into character without apology here. Laila (Mouna Hawa), a feisty criminal lawyer whose swaying, willowy beauty puts one in mind of Amal Clooney, lives with her friend Salma (Sana Jammalieh), a sulky but warm-hearted lesbian bartender and DJ, under the radar but far from in secret. They share a cramped but inviting apartment whose vivid palette and design — emerald-green walls, red furniture, pineapple table lamp — may make you hanker for your own adventurous early adulthood.

The two drink, smoke and party into the small hours with similarly boho, mostly gay male friends and sympathetic Jewish Israelis. When the plump, pretty and devoutly Muslim Nur (Shaden Kanbour), a student completing her degree in computer science, shows up as their new roommate, the two treat her with cool amusement that quickly turns to concern and then rage when her pious, overbearing fiancé (Henry Andrawes) turns savagely abusive in a rape scene that — appropriately — gives no quarter.

The ensuing revenge plot is entirely satisfying and funny. But the movie's allure lies in Hamoud's intimately detailed world-building of a Palestinian subculture seldom seen in Israeli public life, let alone onscreen. As the three young women emerge from the shadows of tact and subterfuge, In Between draws its energies from their struggles to live between the cracks of several cultures, each of which extracts its own sacrifice of identity. Tough though it may be to deal with a Jewish state that treats its Arab citizens with mistrust, it is if anything more challenging for Laila, Salma and Nur to defend their independence to an older generation of families whose values they no longer share.

There's little sense of grievance or victimhood here, only a liberating anger and a sharp but empathic intelligence that pops up in unexpected places. The lone understanding male in Nur's world turns out to be a much older close relative. Conversely, when Laila's handsome, hip, ostensibly secular boyfriend (Mahmoud Shalaby) suddenly wants her to give up smoking for propriety's sake, you can be sure that their rift — we are brought to see that the problem is much wider and deeper than smoking — won't resolve with make-up sex.

Hamoud's narrative instincts can be broad, but she is rarely glib or coy. That she has chosen to focus squarely on internal tensions within the Arab community — the widening cultural and political gulf between the generations — is a mark of her courage, her bravado and her brutal honesty.