Accessibility links
Trump's Blowup With Bannon Means He's Now All-In With McConnell, Establishment The president has no choice right now other than to align himself with the Republican establishment both legislatively and politically. Will that hold? 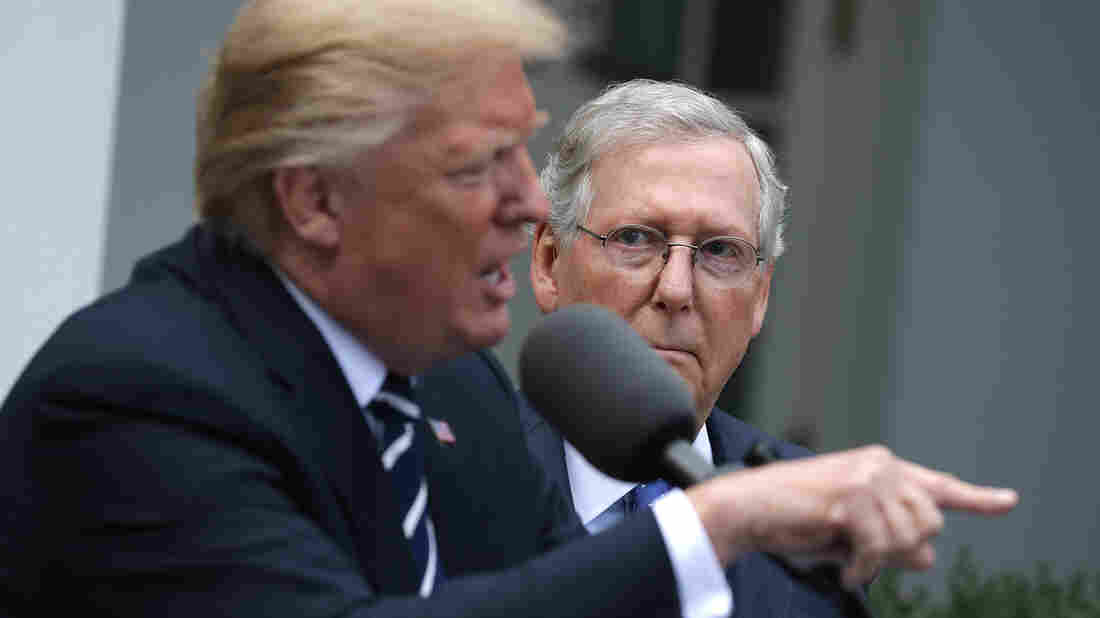 President Trump and Senate GOP Leader Mitch McConnell talk to reporters in the Rose Garden following a lunch meeting at the White House in October to combat rumors they have a strained relationship. Chip Somodevilla/Getty Images hide caption 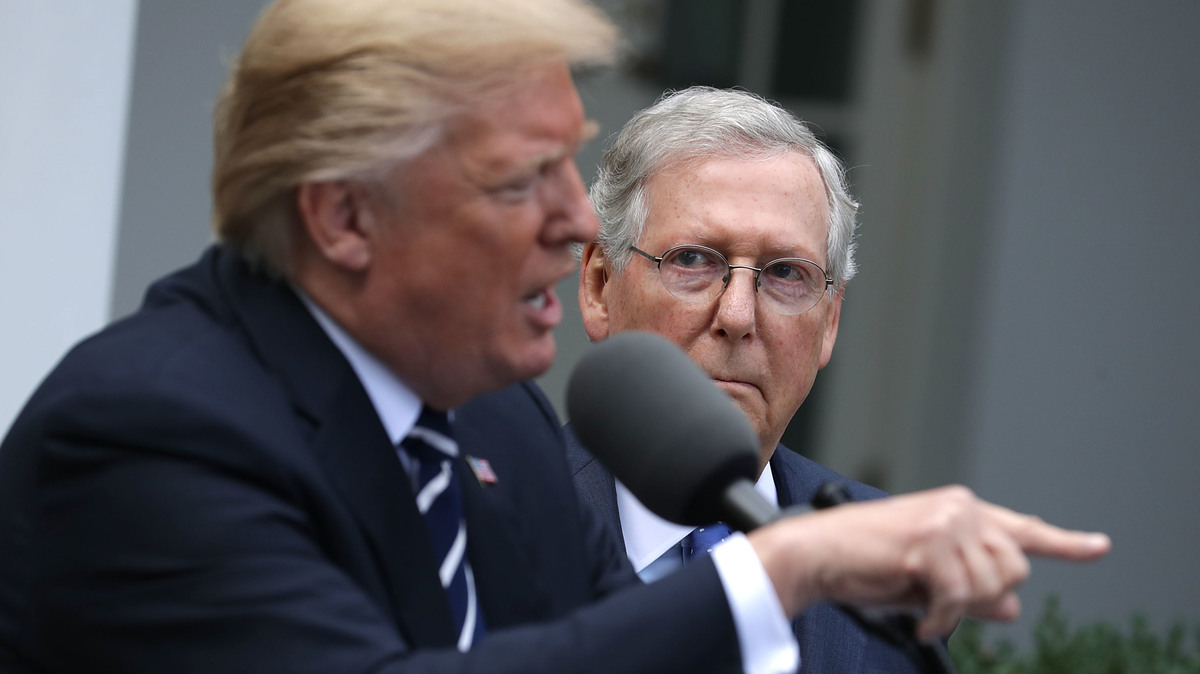 President Trump and Senate GOP Leader Mitch McConnell talk to reporters in the Rose Garden following a lunch meeting at the White House in October to combat rumors they have a strained relationship.

You can bet campaign managers for sitting Republican senators up for re-election this year are smiling.

In the power struggle among various power centers vying for President Trump's attention, the president was thrown into the arms of McConnell with Trump's evisceration of former chief strategist Steve Bannon.

Trump lashed out at Bannon after the strategist was quoted multiple times in an explosive new book that paints the president, his son Donald Trump Jr. and the White House very negatively. Trump said that when Bannon was fired, "he not only lost his job, he lost his mind."

It's palace intrigue and feuding, back- and front-stabbing, that would make Queen Elizabeth II blush.

It could also have real consequences for 2018, the Republicans' chances of holding the majority in the Senate and the Trump agenda.

On the one hand, it's a good thing for incumbent GOP senators, because it undercuts Bannon's strength. Even Bannon seemed to recognize that, declining to return fire at the president during a radio show Wednesday night.

Bannon called Trump "a great man" and said he continues to support him "day in and day out."

He might have no other choice. As the head of the conservative website Breitbart News, Bannon has staked out his own fame latching onto the president and his base. He has declared war on the GOP establishment and has vowed to endorse and help candidates — whom he deems worthy — who aim to challenge sitting senators he does not like.

Immigration, Infrastructure And Iran: The President's Plans For 2018

Bannon already suffered one setback with the loss of Roy Moore for the U.S. Senate in Alabama. Without the president on his side, Bannon is seriously depleted.

The president was happy to drive home that point Thursday. "He called me a great man last night. He changed his tune pretty quick," Trump said in response to a question about Bannon from a reporter during a meeting with GOP senators at the White House.

McConnell certainly believes that taking Bannon out of the picture helps give his party — and himself — the best chance at retaining power and controlling the policy agenda of the U.S. Senate. After all, as McConnell himself has cited, the party lost potentially five Senate seats because of primaries that saw more hard-line conservatives emerge from primaries during the 2010 Tea Party wave.

McConnell and establishment allies thought they had crushed the uprising in the 2014 midterms, only to see insurgents rise again with Trump's election. Bannon has tried to feed on that and encourage it.

On the other hand, though, it's never a good thing for a party to look as if it's in complete disarray. And that's the Republican Party right now.

Despite a potential success story for it to tell economically and with passage of the tax overhaul, it has not been able to capitalize. Instead, the GOP and the president are facing historically low approval and favorability ratings — and Americans are saying they prefer Democrats to control Congress by double digits.

The latest episode of infighting cannot engender confidence that the Republican Party is organized and competent when it comes to governing, especially with crucial independent, suburban and college-educated voters.

But Trump now has no other choice right now — legislatively or politically — but to choose McConnell, a man he has had a strained relationship with, and be tied to the establishment.

Of course, don't be surprised if that changes. We've seen the president try to thread a very narrow needle between himself and Congress, including the Republican leadership.