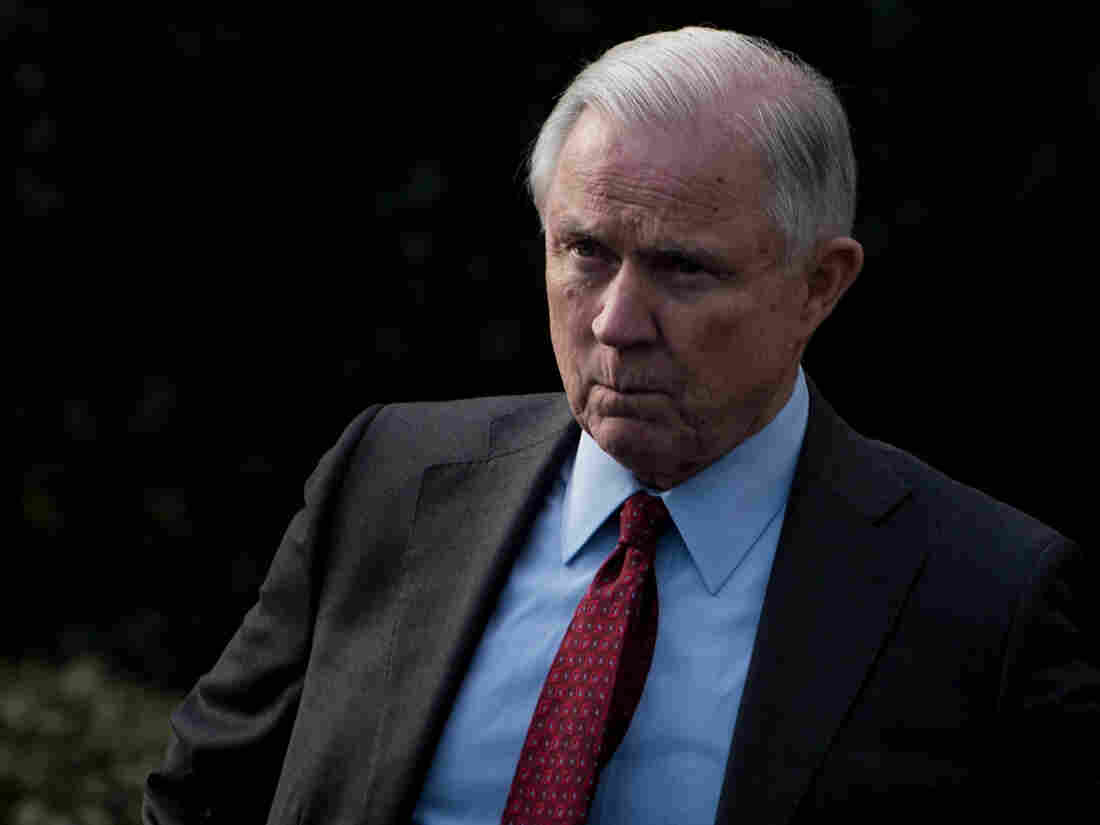 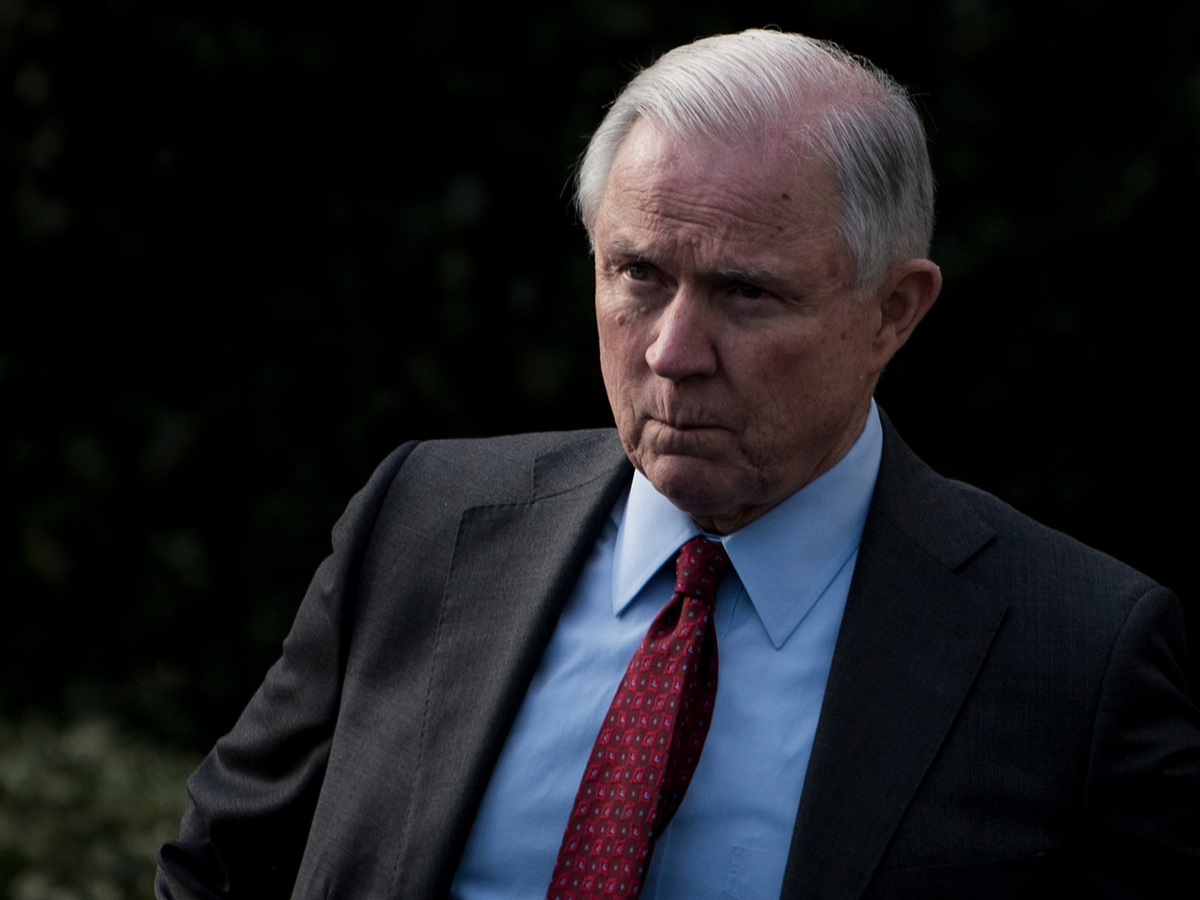 Attorney General Jeff Sessions has rescinded permissive Obama-era guidelines on marijuana, but the practical effects aren't clear for users or vendors in states where it's legal.

In guidance issued Thursday, Sessions rescinded those policies and instead will permit individual U.S. attorneys to decide how aggressively to go after marijuana in their jurisdictions.

Sessions, a former Alabama senator, has long viewed pot as a public menace and a source of street crime.

Marijuana remains illegal under federal law, but eight states including California and Colorado have legalized the drug, as has Washington, D.C. Twenty-eight states permit some form of medical marijuana use.

The federal perspective, however, has never changed.

"It is the mission of the Department of Justice to enforce the laws of the United States, and the previous issuance of guidance undermines the rule of law," Sessions said in a statement.

"Therefore," he continued, "today's memo on federal marijuana enforcement simply directs all U.S. attorneys to use previously established prosecutorial principles that provide them all the necessary tools to disrupt criminal organizations, tackle the growing drug crisis, and thwart violent crime across our country."

In short, Sessions is giving federal prosecutors around the country more discretion about enforcing federal law in marijuana cases, even in the states where it is legal.

It was not immediately clear what practical effect the attorney general's decision would have in states that have legalized marijuana or on the increasingly sophisticated and lucrative legal pot industry.

U.S. attorneys might continue to decide not to take up marijuana cases that don't fall under the Obama-era rules. And while Sessions' memo does not instruct federal prosecutors to bring more marijuana cases, he could order stricter enforcement in the future.

Robert Troyer, who was appointed an interim U.S. attorney for the District of Colorado by Sessions in November, said his office's decisions regarding marijuana cases would be guided by similar principles as before: "focusing in particular on identifying and prosecuting those who create the greatest safety threats to our communities around the state."

Senior Justice Department officials who were asked Thursday about the potential impacts declined to answer. They also declined to specify what message the attorney general is sending to the pot industry, which is expanding in states with their own more lenient laws.

"Marijuana continues to be against federal law," said one Justice Department official, who spoke on the condition of anonymity.

The potential political fallout may be clearer: Republican Sen. Cory Gardner of Colorado, which has permissive marijuana laws, threatened to hold up Trump administration appointees unless Sessions reverses course.

"I am prepared to take all steps necessary, including holding DOJ nominees, until the attorney general lives up to the commitment he made to me prior to his confirmation," Gardner wrote on Twitter.

"Going against the majority of Americans — including a majority of Republican voters — who want the federal government to stay out of the way is perhaps one of the stupidest decisions the Attorney General has made," Blumenauer said in a statement.

"One wonders if Trump was consulted — it is Jeff Sessions after all — because this would violate his campaign promise not to interfere with state marijuana laws."

Trump had said that he would respect voters' rights in places that have elected to modify their drug laws.

On Thursday, White House press secretary Sarah Huckabee Sanders said the president's position hasn't changed — "but he does strongly believe that we have to enforce federal law."

"That would be his top priority, and that is regardless of what the topic is, whether it's marijuana or whether it's immigration," Sanders told reporters.

Advocacy groups said the Sessions revision not only flouted the president's previous commitments to local democracy but also amounts to bad public policy.

Supporters, however — such as Kevin Sabet of the anti-legalization group Smart Approaches to Marijuana — said the department is "protecting public health and safety" with its new guidelines.

"While the memo does not authorize going after individual users, it likely will dry up support from financial institutions and investors. Without that support, it's hard to see how the industry keeps growing," Sabet said.

Public perceptions of marijuana have shifted over time, and an increasing chunk of the public favors easing restrictions on it. According to an October 2017 Gallup Poll, 64 percent of Americans backed legalizing marijuana for recreational use — the highest level of support the group has found since it began asking people about it in 1969.

The Obama administration Justice Department issued three memos on marijuana between 2009 and 2014. They eased up on enforcement except in certain circumstances, when goals were to prevent proceeds from going to drug cartels or prevent distribution to minors.