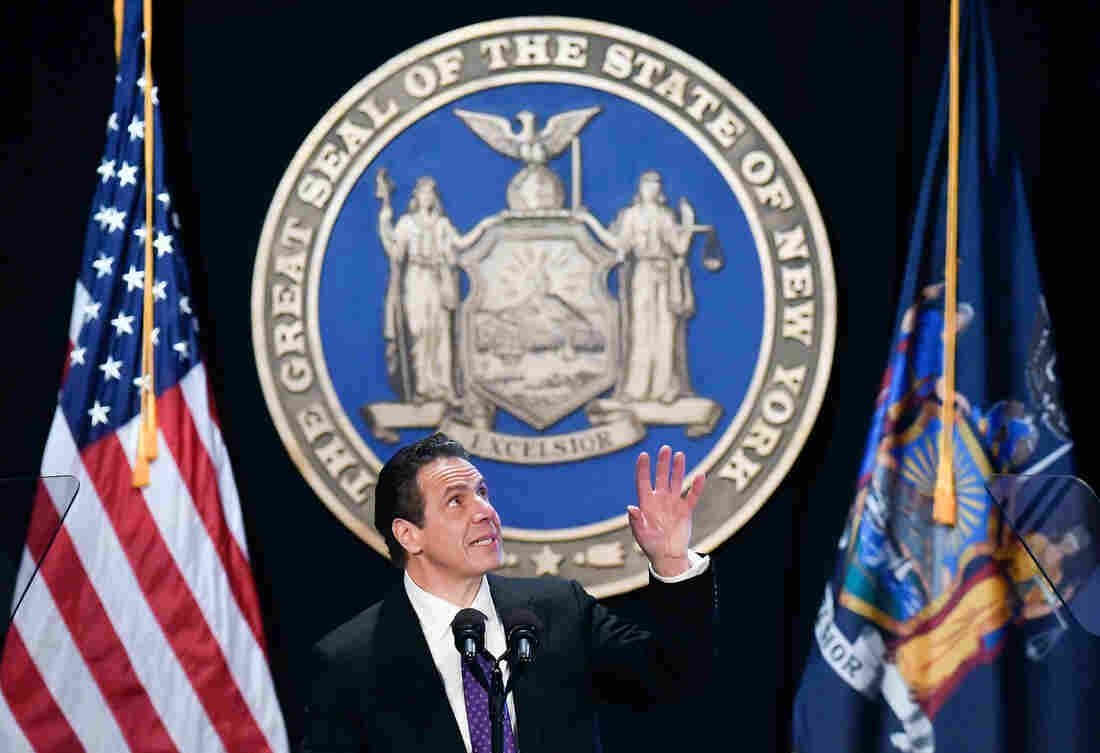 In his State of the State address this week, New York Gov. Andrew Cuomo, a Democrat, said the new GOP tax bill is "unconstitutional" and unfairly targets blue states like his. He plans to sue the federal government over it. Hans Pennink/AP hide caption 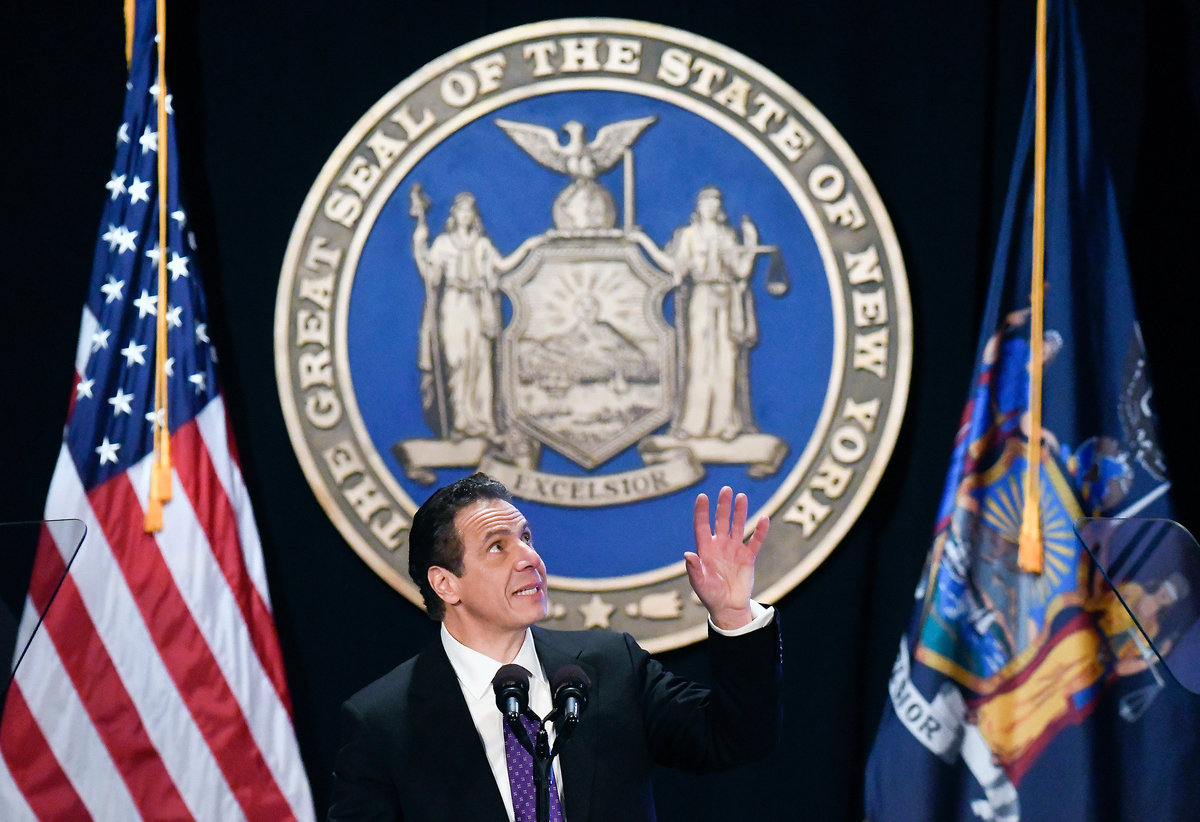 In his State of the State address this week, New York Gov. Andrew Cuomo, a Democrat, said the new GOP tax bill is "unconstitutional" and unfairly targets blue states like his. He plans to sue the federal government over it.

The week after Christmas is usually a short and slow one for town officials in New Paltz, N.Y. — but not this time.

"When we opened town hall Wednesday we had almost 100 voicemails from people inquiring about how they could prepay their taxes," says Daniel Torres, the town's deputy supervisor.

And the phones kept ringing. People started lining up. Torres says the clerk's office has a only few people working in it.

"The clerk's office was so overrun. After a certain while we couldn't even pick up the phones anymore," he says.

The reason people want to prepay is that it will save them money on their 2018 taxes. The newly enacted GOP tax law caps deductions for state and local taxes at $10,000. In states with higher tax rates such as New Jersey, California and New York, even many middle-class and upper-middle-class people pay more than that. As a result, the cap will mean a tax hike for some Americans, particularly in blue states with higher taxes and home values.

This week in his State of the State address, New York Gov. Andrew Cuomo, a Democrat, called the new tax law "unconstitutional" and said it unfairly targets blue states like his. He said he will sue the federal government over it.

Cuomo said the $10,000 cap on state and local taxes is illegal "double taxation" and said the law robs blue states to pay for tax cuts for red states and corporations.

"It is crass, it is ugly, it is divisive, it is partisan legislating, it is an economic civil war," Cuomo said. "Make no mistake: They are aiming to hurt us."

Republicans, though, say it's not their tax act that's hurting people — it's that state and local taxes are too high in states like New York, New Jersey and California.

Republican Rep. Tom Reed of New York wrote in a newspaper column in November that people in New York "have been burdened with one of the highest tax bills in the country. ... The problem isn't the deduction on federal taxes. The problem is the crushing burden of New York state taxes."

Meanwhile, many people who tried to prepay their taxes are on more uncertain ground.

Late last month, Cuomo said people in New York could prepay their property taxes before Jan. 1, 2018, to stave off the impact for another year. But the IRS issued a statement saying that would work only if your taxes had already been assessed. 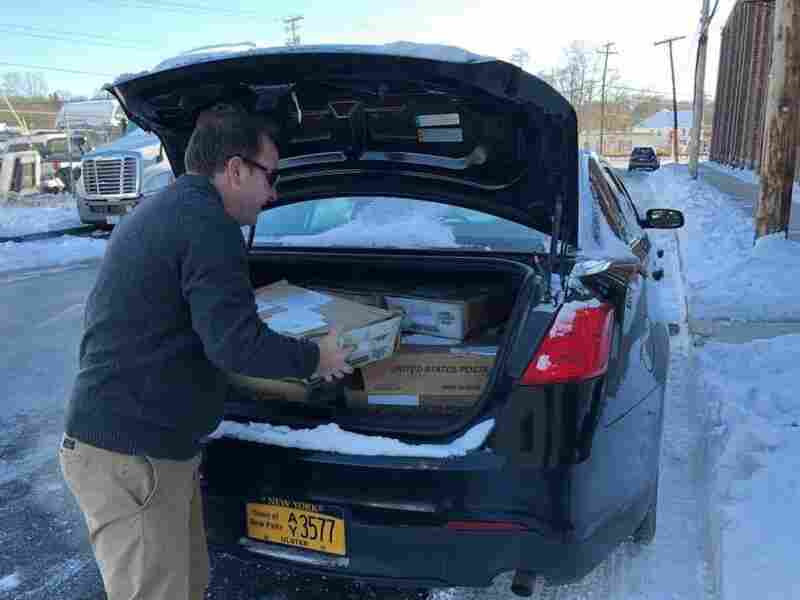 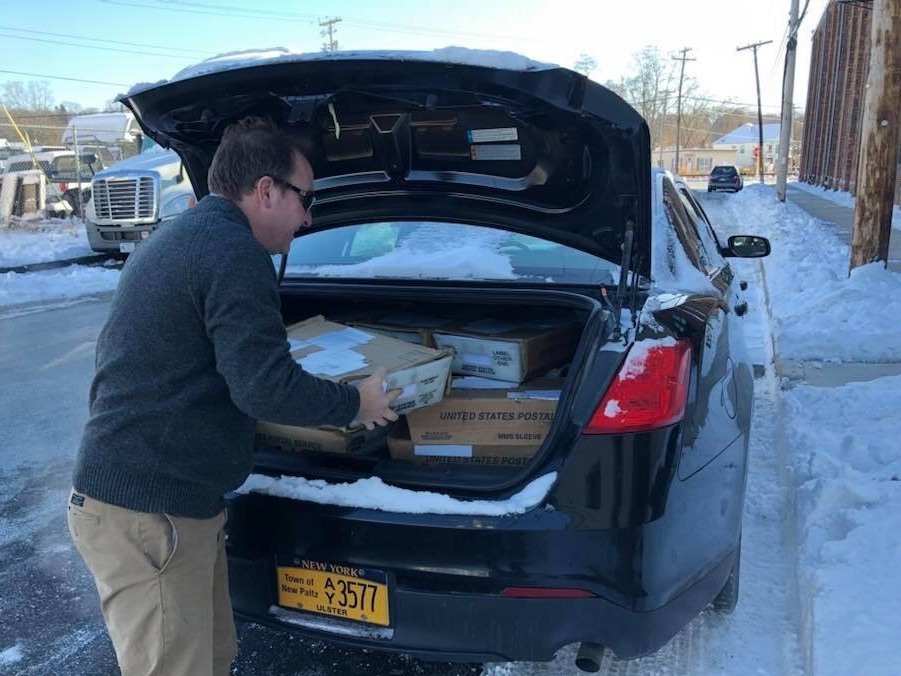 Torres says that in New Paltz, the assessments had been done, but they were still at the printing facility in another town and hadn't been mailed out. So last week he and another town official scrambled to the printing company. There they loaded 14 boxes of assessments into the back of an old police car to carry back to the town hall.

"We drove them down and by the time we did that there had already been hundreds of calls that had come in inquiring about it," he says.

So residents in places like New Paltz who prepaid and have a copy of their assessment should be able to deduct their property taxes in 2017. But many other Americans who tried to prepay their taxes aren't sure if the IRS will recognize the move.

Amanda Carew lives in Bloomingdale, Ill. Her husband, who works on a grounds crew at a federal laboratory, went down to the assessor's office last week to prepay their property taxes. "He bundled up my son, they drove down there," Carew said. "They got there and there were about 700 people in line."

Her husband wrote a check. But Carew thinks the town had only a preliminary tax assessment, so she's not sure whether the IRS will be OK with them prepaying. And regardless of next year, she's frustrated that she and her husband won't be able to deduct all their state and local taxes going forward.

The family just moved into a smaller house to live in a town with a better school district. They're paying more taxes there. But because they can't deduct all of them, after using online tax calculators and talking to a tax professional, Carew estimates that she and her husband will be paying about $750 more in taxes under the new rules.

"Knowing that we're going to be punished to an extent for picking a good school district, it feels incredibly unfair," says Carew.

Just how many Americans end up thinking the tax bill is unfair will undoubtedly play a big role in the midterm elections.