Accessibility links
While The Eastern U.S. Freezes, It's Too Warm In Alaska "We're way behind on winter," one resident says. Higher than average temperatures in rural Alaska are being blamed for two deaths and are preventing people from hunting for food. 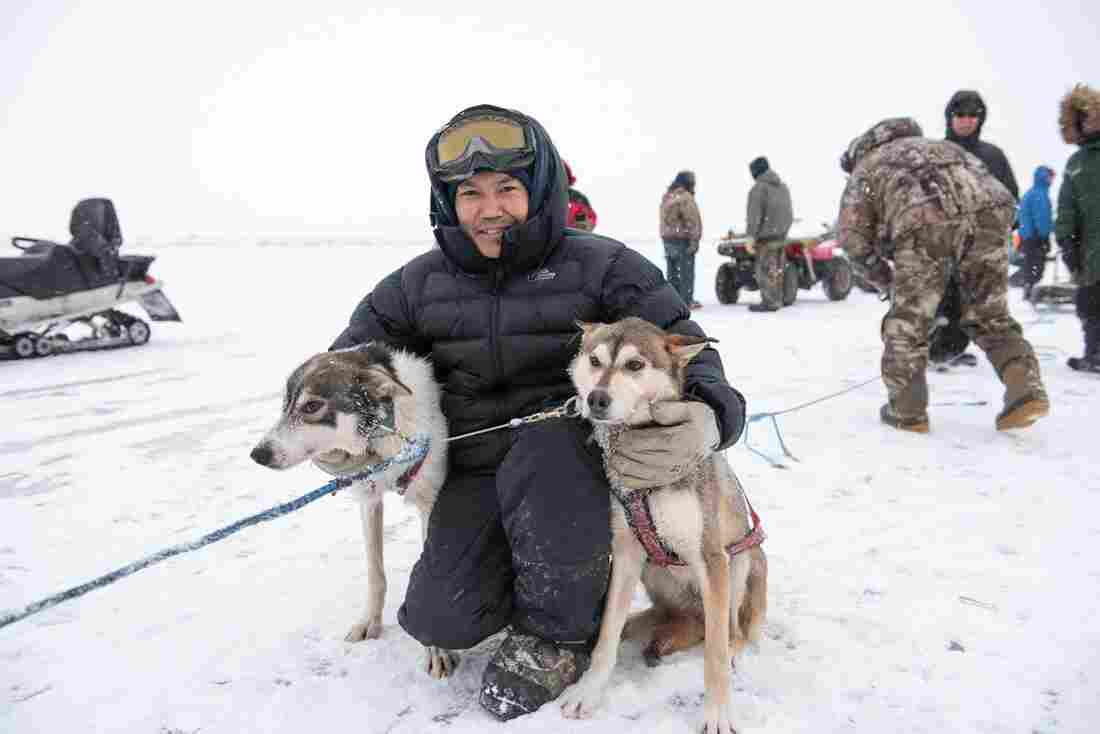 Maurice Andrews finishes in first place in the Kuskokwim 300 Season Opener in blizzard conditions in Alaska on Dec. 30, 2017. The race was delayed two weeks due to warm weather. Katie Basile/KYUK hide caption 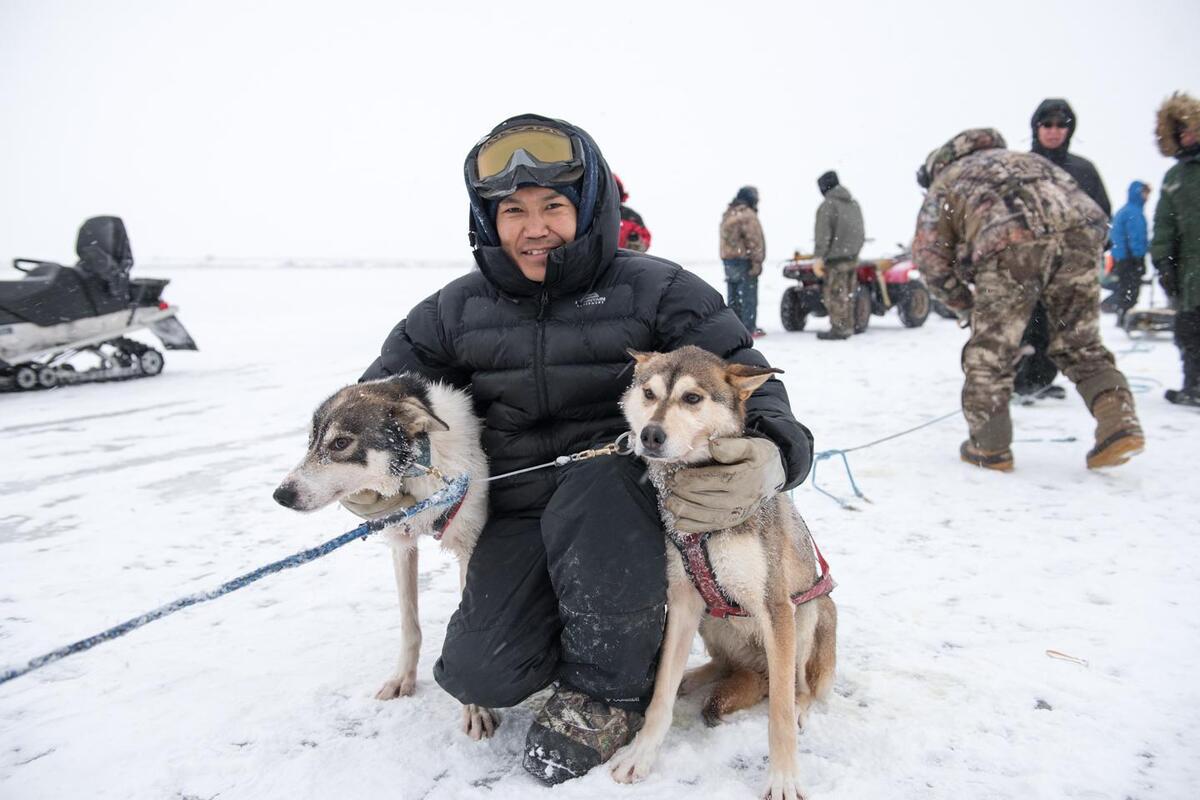 Maurice Andrews finishes in first place in the Kuskokwim 300 Season Opener in blizzard conditions in Alaska on Dec. 30, 2017. The race was delayed two weeks due to warm weather.

While above-average temperatures might sound good to much of the U.S. right now, it's too warm in rural Alaska. High temperatures 10 to 20 degrees above average are upsetting everything from recreation to hunting for food.

"It felt awesome, man," Andrews said, "Finally! Finally good to be out."

The race in southwest Alaska had been scheduled to happen two weeks before. But warm weather — just above freezing — made the trails unsafe. Temperatures dropped and a dusting of snow fell. The entire race usually runs 35 miles up the frozen river. This time it had to run over land.

Blizzard Has Passed, But Frigid Temperatures Remain Along East Coast

The river ice in some areas was feet thick in past years. It's now only inches. In other places, there's open water. This is a problem in a region with no roads connecting one village to another — locals refer to the river as an ice highway.

Mark Leary has measured the river ice for decades as a volunteer in the village, and he submits the data to the National Weather Service. He's seeing more open holes and bigger open holes than ever before.

"We're way behind on winter," he said. "I don't know. I don't know if we've ever seen anything like this. I don't think so." 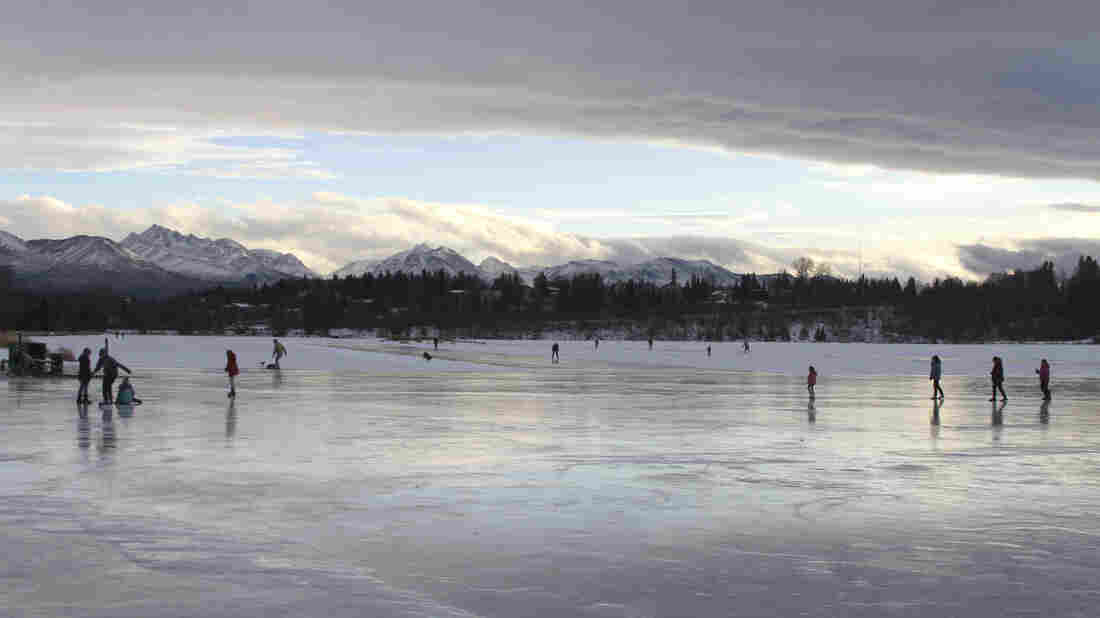 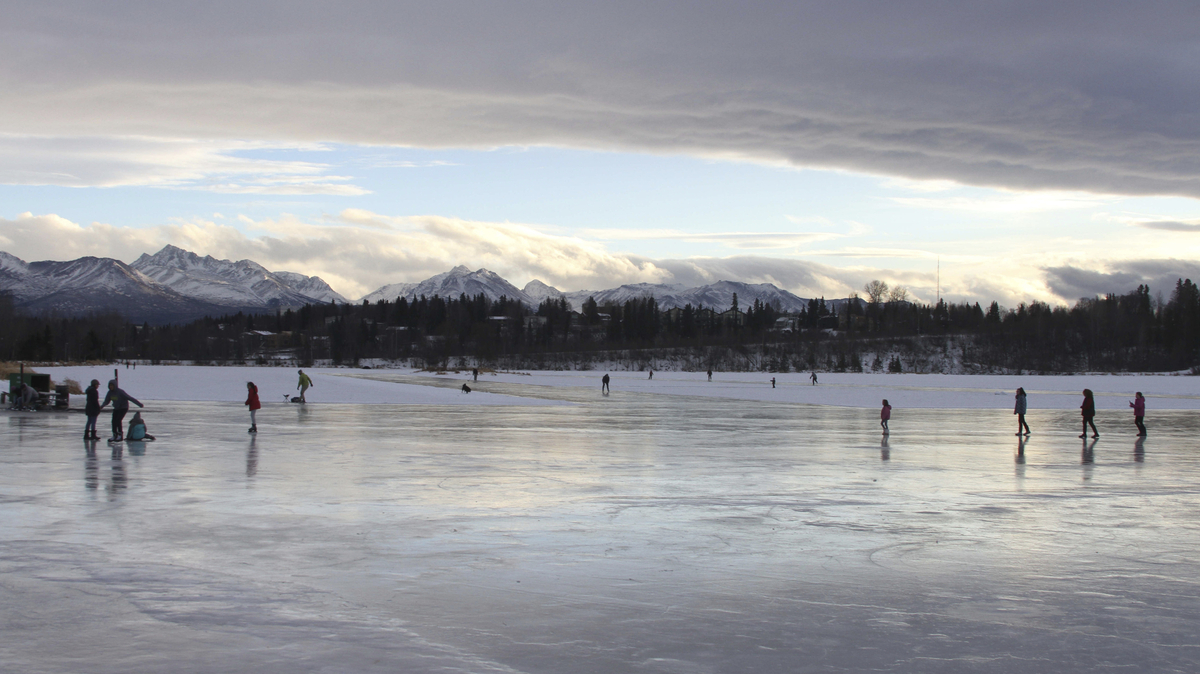 Sixty miles away in the village of Quinhagak, only inches of ice have formed on hunting, trapping, and fishing grounds that lay to the north, across the river. For Ferdinand Cleveland Jr., that means his family can't drive their snowmobile across the river to set their blackfish trap.

"They usually pick up their trap two or three times a week," he said, "and it'll feed a couple families per day."

They can't do it with the ice highway so unstable.

Cleveland also can't hunt wolves and wolverines right now to sell their pelts as he normally would. Less hunting and trapping means less money — and more expensive trips to the grocery store.

In the worst cases, the river's open water is fatal. Two people died last month when their snowmobiles fell through open holes. One was a father who drove his family of five into the water on New Year's Eve. His family was able to climb out, but he wasn't.

Volunteers are working to mark the open holes by putting small trees next to them with blue reflectors. January and February are supposed to be the coldest months here; residents are just hoping it gets colder before winter is over.