Accessibility links
Robert Siegel Retires From NPR The native New Yorker came to NPR in Washington, D.C., 40 years ago on what he hoped was an unfortunate but necessary detour. Now, after three decades hosting All Things Considered, he's retiring. 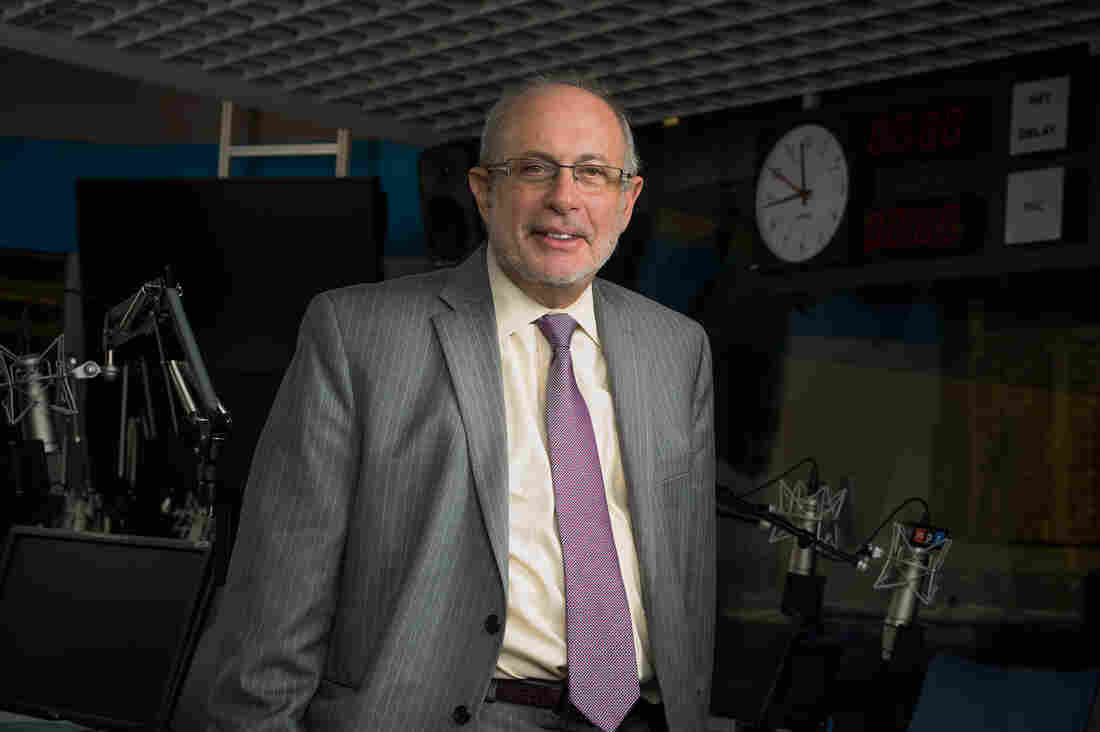 Robert Siegel hosted NPR's All Things Considered for 30 years. He retires after working at NPR for over 40 years. Stephen Voss/NPR hide caption 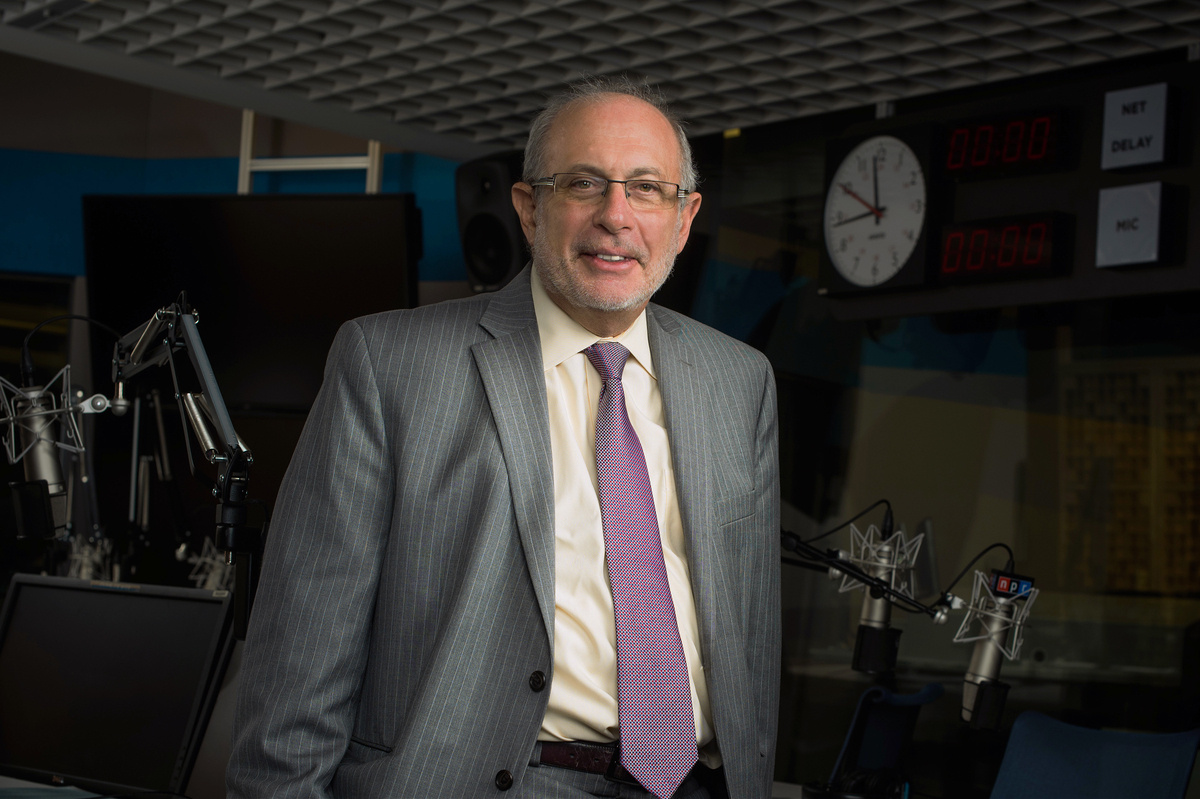 Robert Siegel hosted NPR's All Things Considered for 30 years. He retires after working at NPR for over 40 years.

The Bureau of Labor Statistics says the median number of years that American workers have been working for their current employer is a little over four.

I say that to acknowledge how unusual it is that I have been working at National Public Radio for a little over 40 years — 41, to be precise.

For the past 30 years, I've been doing the same job: hosting All Things Considered. And doing it very happily.

No one is more surprised by my tenure than I am. 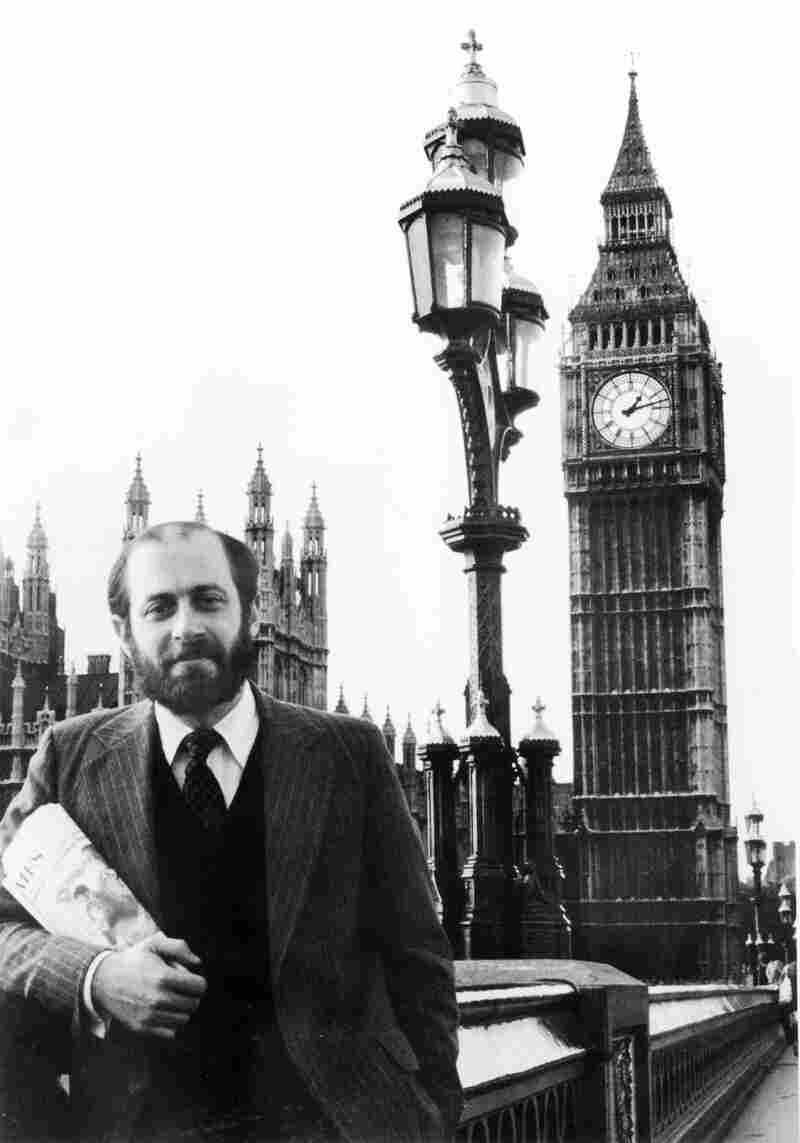 I came to NPR on what I thought was an unfortunate but necessary detour that — I hoped and figured — would last a couple of years.

I'm a native New Yorker and the New York FM radio station where I worked was sold in 1976 and — to put it mildly — I didn't figure in the new owner's plans.

Leaving New York felt like what I imagine it feels like when a player for the Yankees was sent down to play for the Toledo Mud Hens.

No matter, I figured, I would work my way back to civilization.

The fact that I am still here is a tribute to how colossally wrong I was about that.

At the NPR of the late 1970s, I found myself among a team of young, creative people, as uncynical a group of broadcasters I could have possibly imagined.

At a time when our audience research was, by today's standards, limited and primitive, we operated on what I still consider a healthy instinct. We put on a program that we, ourselves, would listen to.

We didn't imagine a great distinction between people like us, who reported the news, and people like you, who listened to it.

We weren't the only curious people in the country. There had to be millions more Americans out there who would welcome a smart, conversational program about politics, culture, science, the arts and just plain fun. 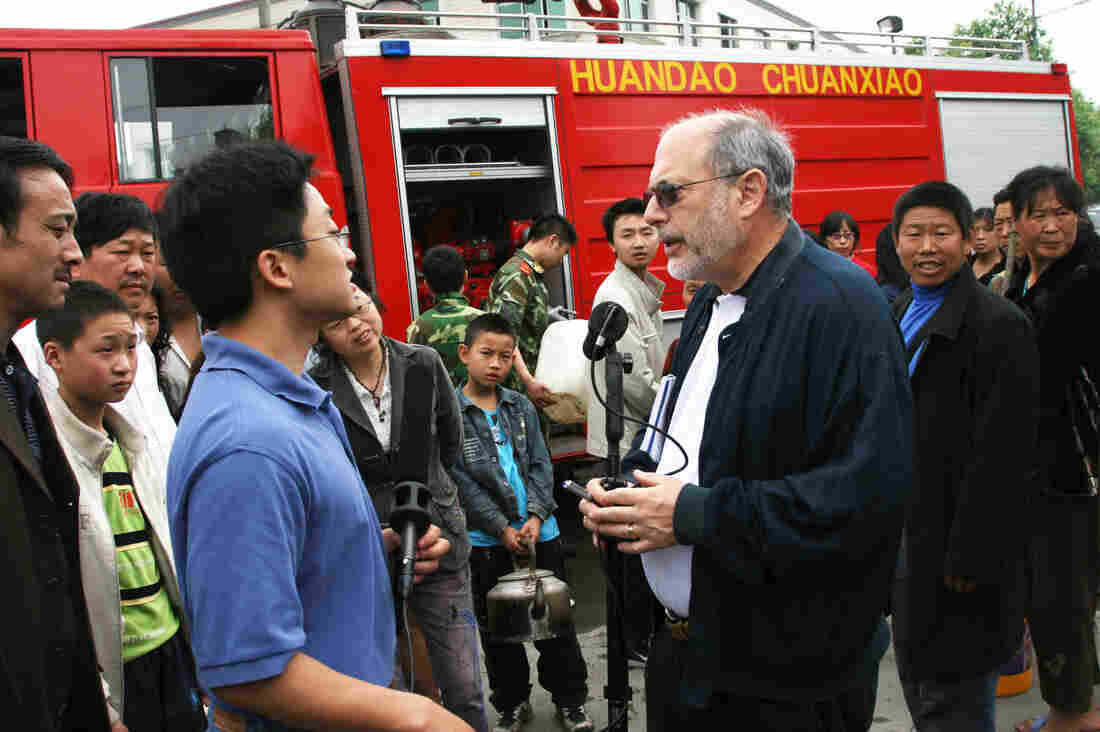 Robert Siegel talks with Xiaoyu Xie, a pianist who grew up in Chengdu in China's Sichuan province, during a reporting trip in 2008. Siegel and other All Things Considered staff were there when a devastating magnitude 7.9 earthquake struck. /NPR hide caption 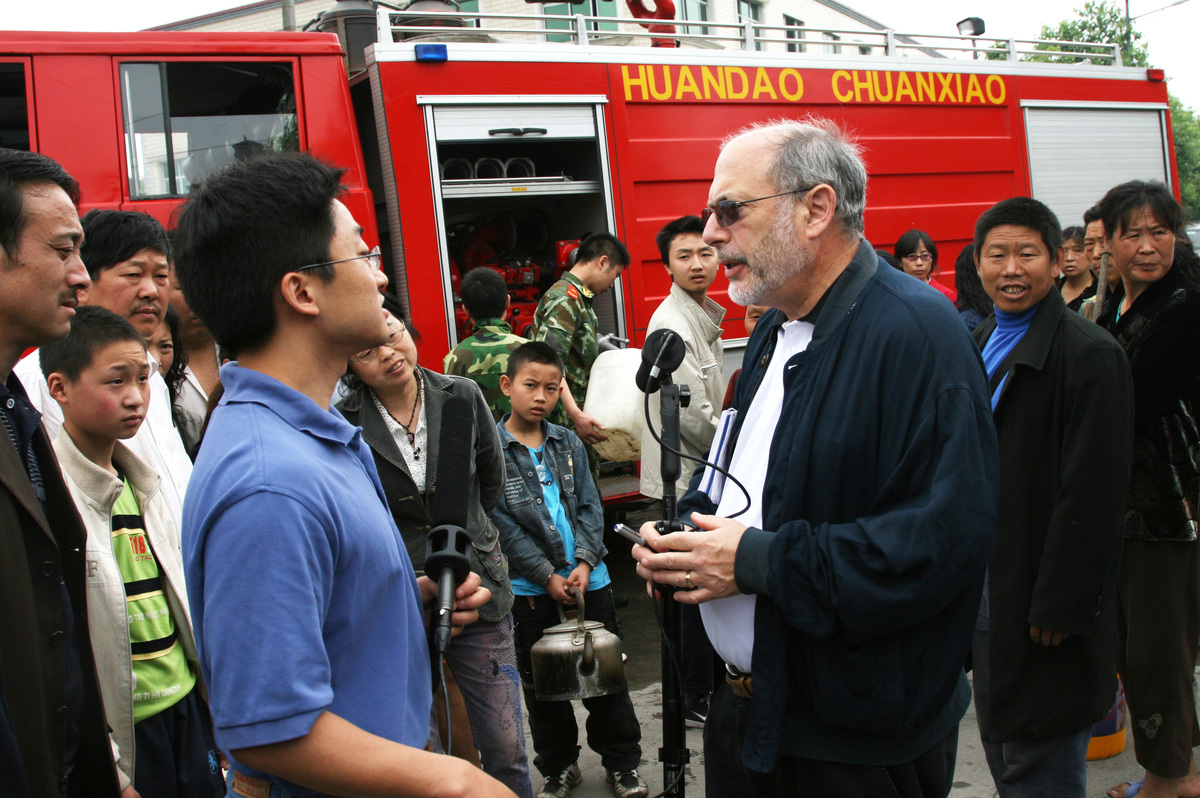 Robert Siegel talks with Xiaoyu Xie, a pianist who grew up in Chengdu in China's Sichuan province, during a reporting trip in 2008. Siegel and other All Things Considered staff were there when a devastating magnitude 7.9 earthquake struck.

Despite some near-death experiences many years ago, NPR is still here, much bigger, much more listened-to, much more important than it was way back then.

But what remains the same is that authentic sense of purpose, still undimmed by cynicism or commercialism.

A very accomplished friend of mine used to speak of the last paragraph in a story, the windup, as the "and so."

And so, for the last time I'm signing off, proud of my association with this unique institution, mindful of things I might have done better, grateful for the company of thousands of gifted colleagues, and thankful to you, for being — as we used to say in those hackneyed but truthful fundraising messages — for being the public in public radio.

I'm Robert Siegel. And you're listening to All Things Considered from NPR News.