Accessibility links
Astronaut John Young, Who Flew In Space 6 Times, Dies At 87 One of NASA's most accomplished astronauts died Friday. He flew in space six times, including a moon landing, and later headed the office that chose crews for space shuttle missions. 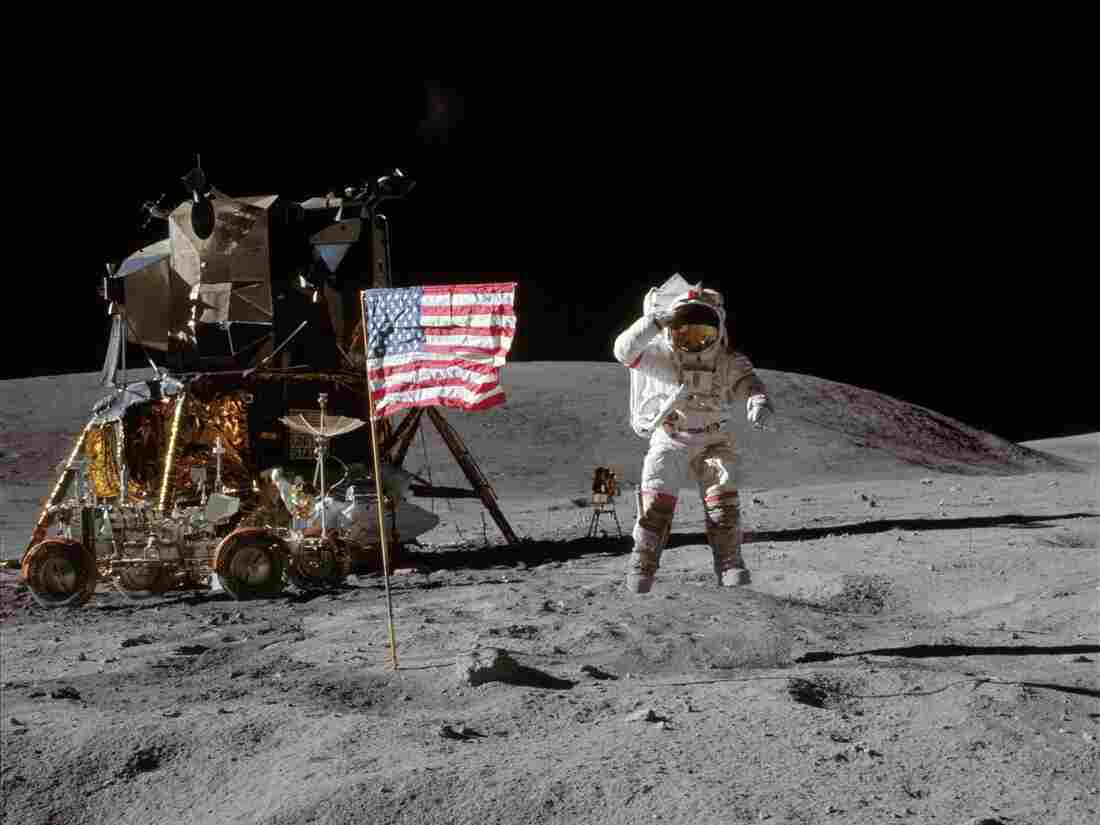 On the moon in 1972, Apollo 16 astronaut John Young jumps off of the lunar surface to salute the U.S. flag. Charles M. Duke, Jr./NASA hide caption 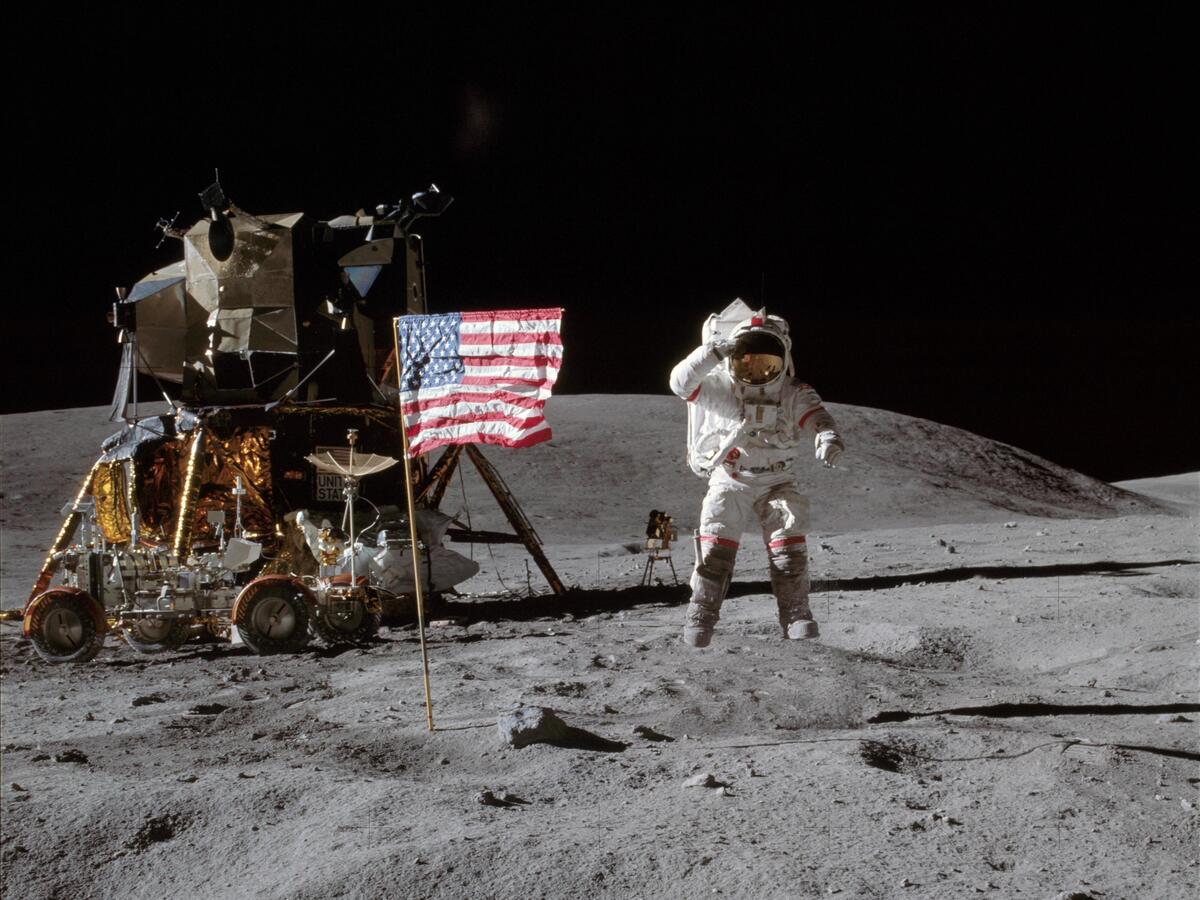 On the moon in 1972, Apollo 16 astronaut John Young jumps off of the lunar surface to salute the U.S. flag.

John Young, who was one of NASA's most experienced astronauts and the first to fly in space six times, including a moon landing, died on Friday after complications from pneumonia. He was 87.

In NASA's history, few astronauts were more accomplished than John Young. His career was filled with firsts: he was the first to fly in space six times. He was on the first Gemini mission and he commanded the first shuttle flight. (He was also one of 12 people to walk on the moon.)

"If anybody deserves the title of legend it would be John Young," said Andrew Chaikin, an author who has written extensively on NASA. 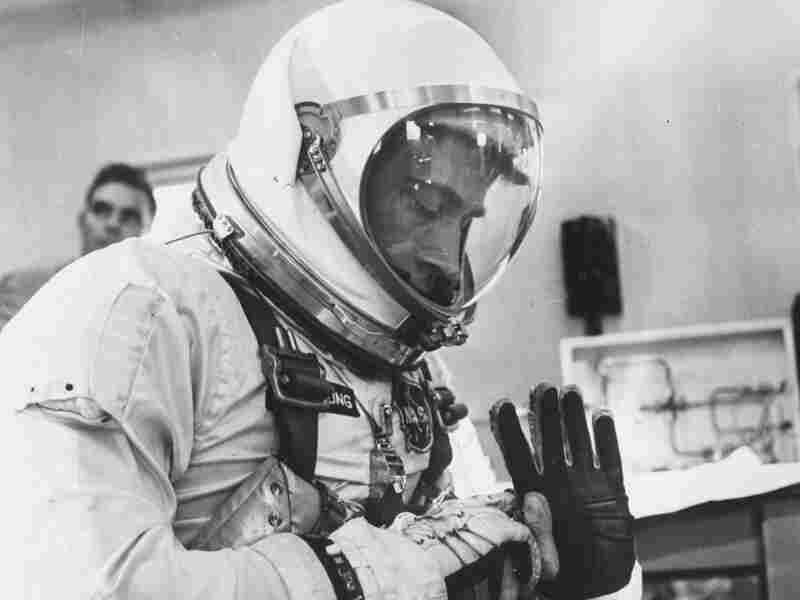 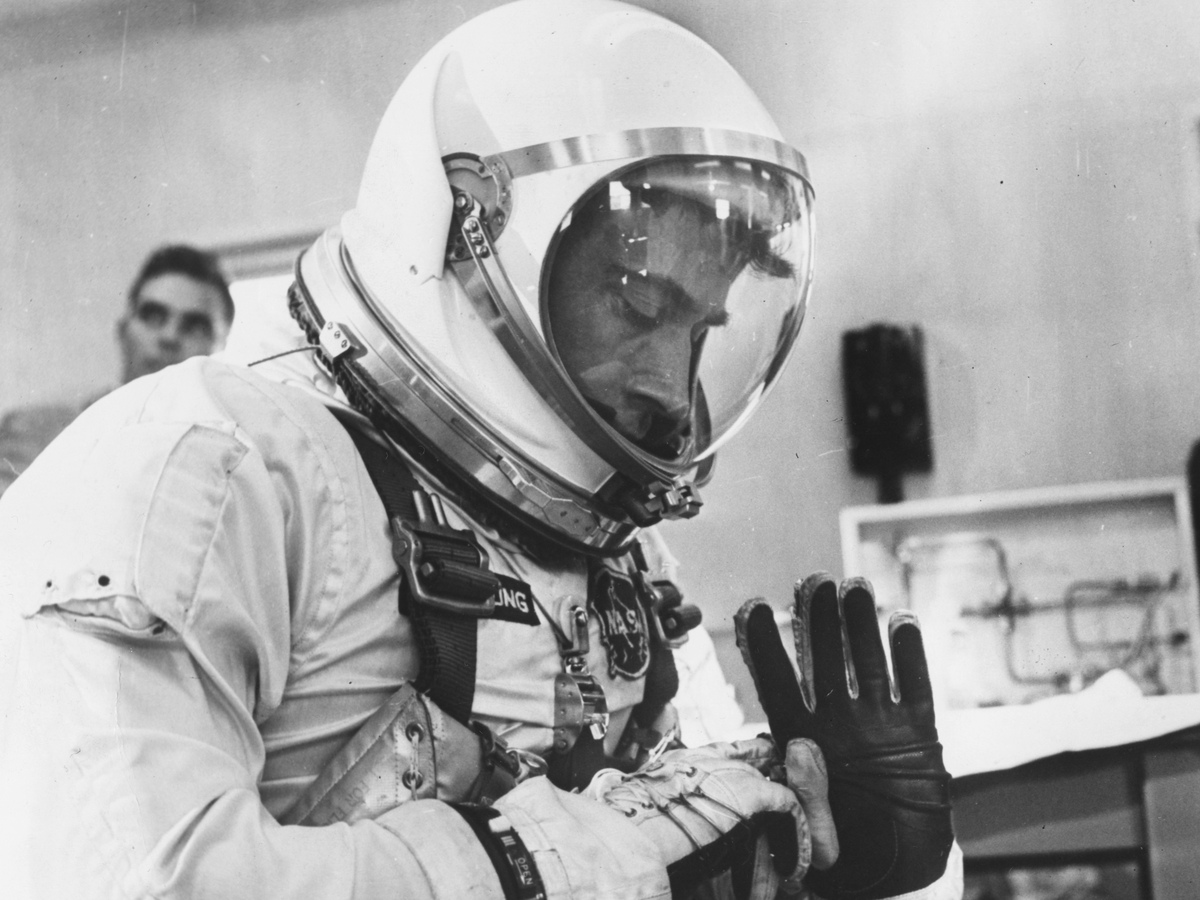 Astronaut John Young, co-pilot of NASA's Gemini 3, inspecting his space suit. He was the only astronaut to fly Gemini, Apollo and shuttle missions.

He said Young, a former Navy test pilot, was special. He was co-pilot on the first Gemini mission in 1965 and then commanded a Gemini flight the next year and orbited the moon on Apollo 10.

In 1972, Young went on to command Apollo 16, and apparently all his experience hadn't made him blasé about space travel. Just minutes after landing on the lunar surface, he peered out the window and was at a loss for words: "Houston, uh, boy. I can see Ray Crater from here. Boy!" said Young.

Chaikin says Young's NASA career up to that point — culminating with a moon landing — had been impressive. "You know that alone would have qualified him for being in the Hall of Fame of astronaut careers," Chaikin said, "But the thing that really made him a true legend was in 1981 when he commanded the very first space shuttle mission."

That mission in 1981 was the first time NASA sent a vehicle into space with people on board without a prior unmanned launch. Young said later that launching the space shuttle always scared him more than it thrilled him because so much could go wrong. 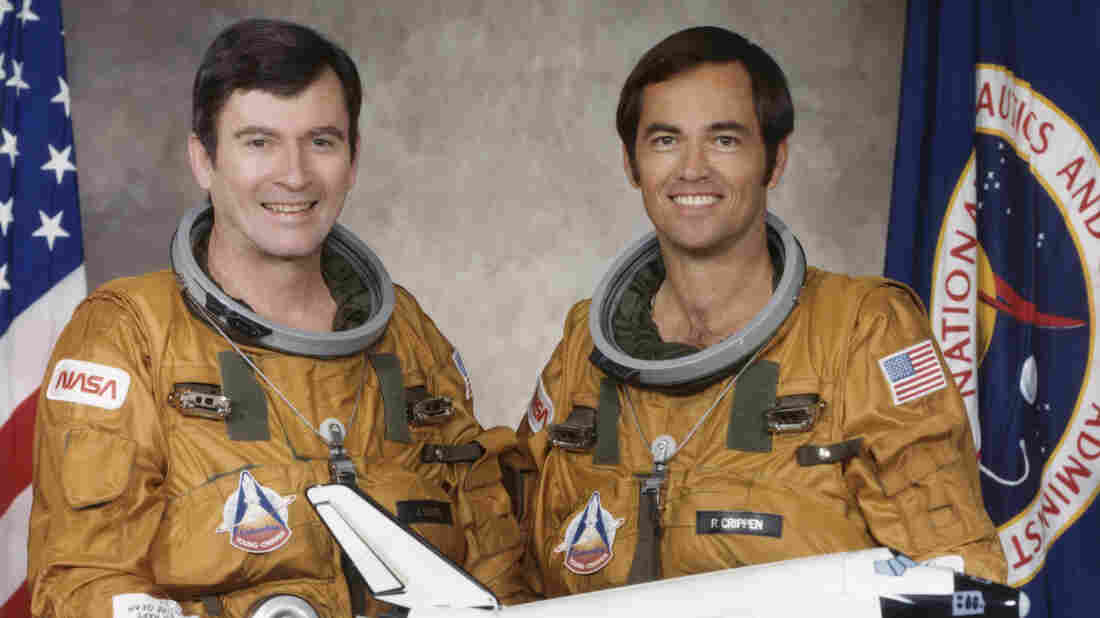 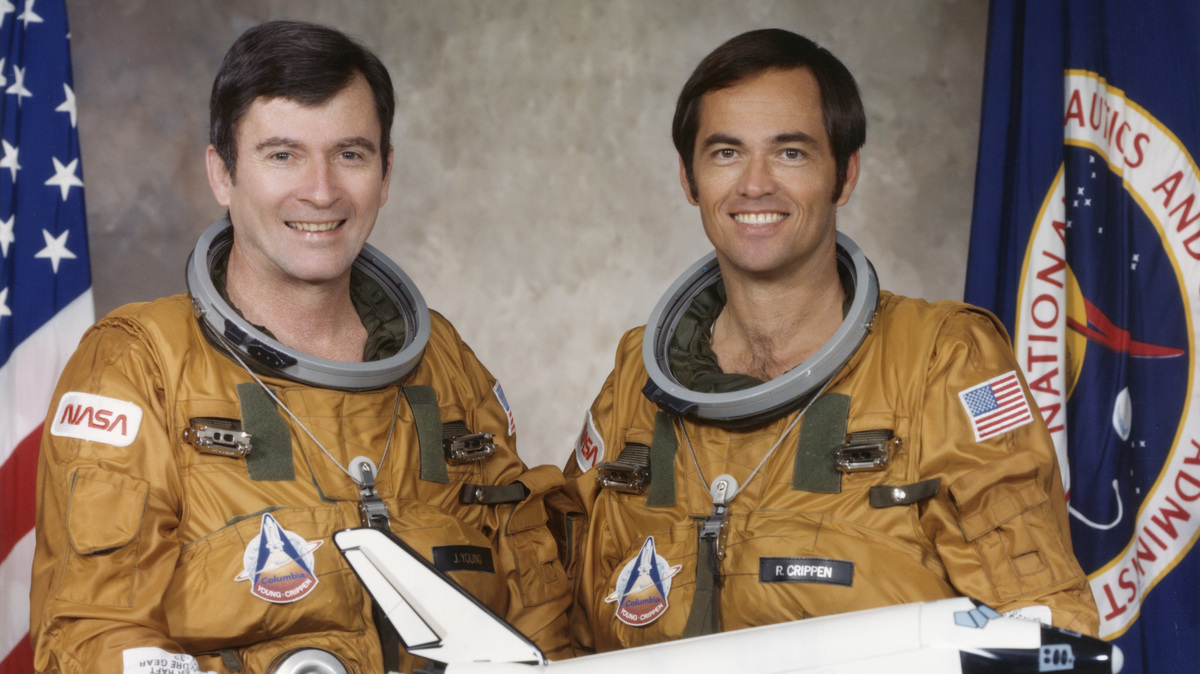 Astronauts John Young (left) and Bob Crippen, the crew of the first space shuttle mission, hold a model of the spacecraft. Young died Friday at age 87.

Young was an aeronautical engineer who later in his NASA career served as the chief of the astronaut office, choosing those who would fly on the shuttle. He also advised on engineering, operations and safety matters.

"He would go into meetings with the specialists for a particular system and he would say in this kind of country-boy way, 'Well, you know, I don't understand much about the such and such but what gets me is...' and then he would proceed to ask just a completely penetrating technical question that would just, you know, flatten these people," said Chaikin.

Young avoided the limelight but was outspoken and known for writing hundreds of memos pointing out safety flaws and operational concerns. In his autobiography, he said he felt responsible for the loss of the shuttles Columbia and Challenger because his crews were on board. He wrestled with how the agency could have missed the warning signs.

In a 2004 NPR interview, Young said the future of the human race's survival is not on Earth but in space:

"I mean, it's pretty obvious. You don't have to be a rocket scientist to figure this out. If you look at the inevitable consequences and you look at our technologies that we need to make it, you'd come to the same conclusion, and you know, it's doesn't take a lot of thinking, but somebody ought to be worried about it."

He told NPR he never imagined NASA would stop the lunar missions in the 1970s and not send humans to explore the universe. "No, I figured we'd be up there forever, and we'd keep right on going and set up bases on the moon and use it for all the benefits that we could get from it, which is plenty of them," Young said.

When he retired from NASA in 2004, he'd been with the agency for 42 years — the longest serving astronaut.

In a previous version of this story, a photo of the late astronaut Gene Cernan seen saluting the flag was misidentified as John Young. That photo has been replaced.