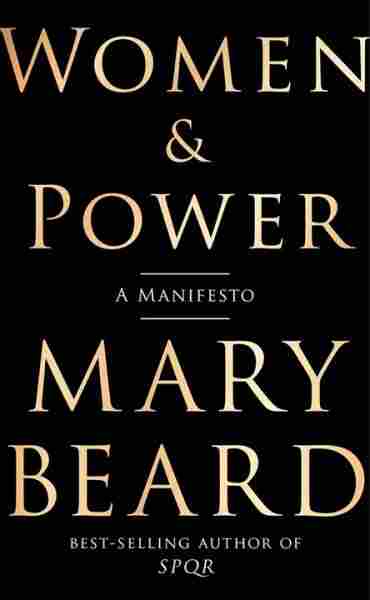 Henry James, Mary Beard tells us in her new book Women & Power, liked to complain about women's voices — American ones in particular. Under their influence, he believed, language risked devolving into a "tongueless slobber or snarl or whine," like "the moo of the cow, the bray of the ass, and the bark of the dog."

James sounds remarkably like the seventh century B.C. poet Semonides of Amorgos, who lived some two and a half millennia before him and also compared women to yapping dogs, asses, and cows ("the onslaught of her voice cannot be stopped!"). And indeed, these charges are immediately familiar to anyone who works in radio, where listener complaints about female voices are so common that the podcast 99% Invisible has an auto reply set up to respond to them: "Hello. You've written in to voice your dislike of one of our female reporter's voices. You're not alone ..."

A Cambridge classicist and friendly, erudite TV personality, Beard has condensed two lectures she gave under the auspices of the London Review of Books into a short manifesto on the way we think about female speech and power — and how much of our thinking follows templates we inherited, in some form, from the ancients.

Beard has had her own experience with this: "I receive something we might euphemistically call an 'inappropriately hostile' response — that is to say, more than fair criticism or even fair anger — every time I speak on radio or television." As she has said in essays and interviews, that response includes death threats, rape threats, and derisive commentary on everything from her face to her clothes to her genitalia.

Though she says in the afterward that writing this book made her angry, it rarely shows. Women & Power has the same cavalier, jolly tone as Beard's TV programs, in which she explains Roman plumbing and burial rites with equal panache.

Mary Beard 'Confronts' The Classics With Wit And Style

The book opens with Western literature's "first recorded example of a man telling a woman to shut up," that is, the moment at the beginning of the Odyssey when Odysseus' son Telemachus tells his mother to go upstairs because "speech will be the business of men." From here she draws a line — curving and indirect — through the centuries to the treatment of modern female leaders such as Margaret Thatcher and Hillary Clinton.

"We're not simply the victims or dupes of our classical inheritance," Beard is careful to note, "but classical traditions have provided us with a powerful template for thinking about public speech, and for deciding what counts as good oratory or bad." Classics is only one template, of course, but for better or worse, it stands as an intellectual prestige marker (an ideal that Beard has done much to dispel in her popular histories, which point to the slavery, the sexism, the endless warfare and general grubbiness of the ancients). 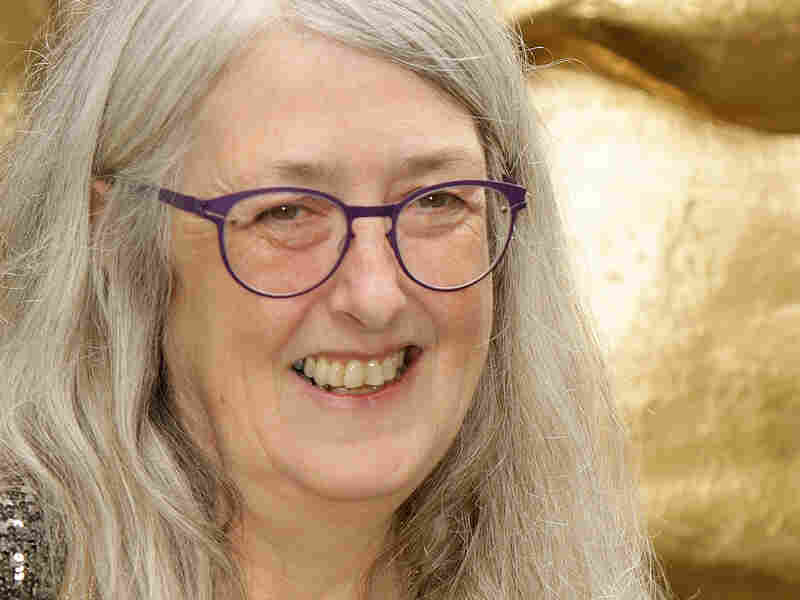 In Women & Power, Mary Beard connects modern misogyny (and her own experiences of it) to ancient precedents. Jo Hale/Getty Images hide caption 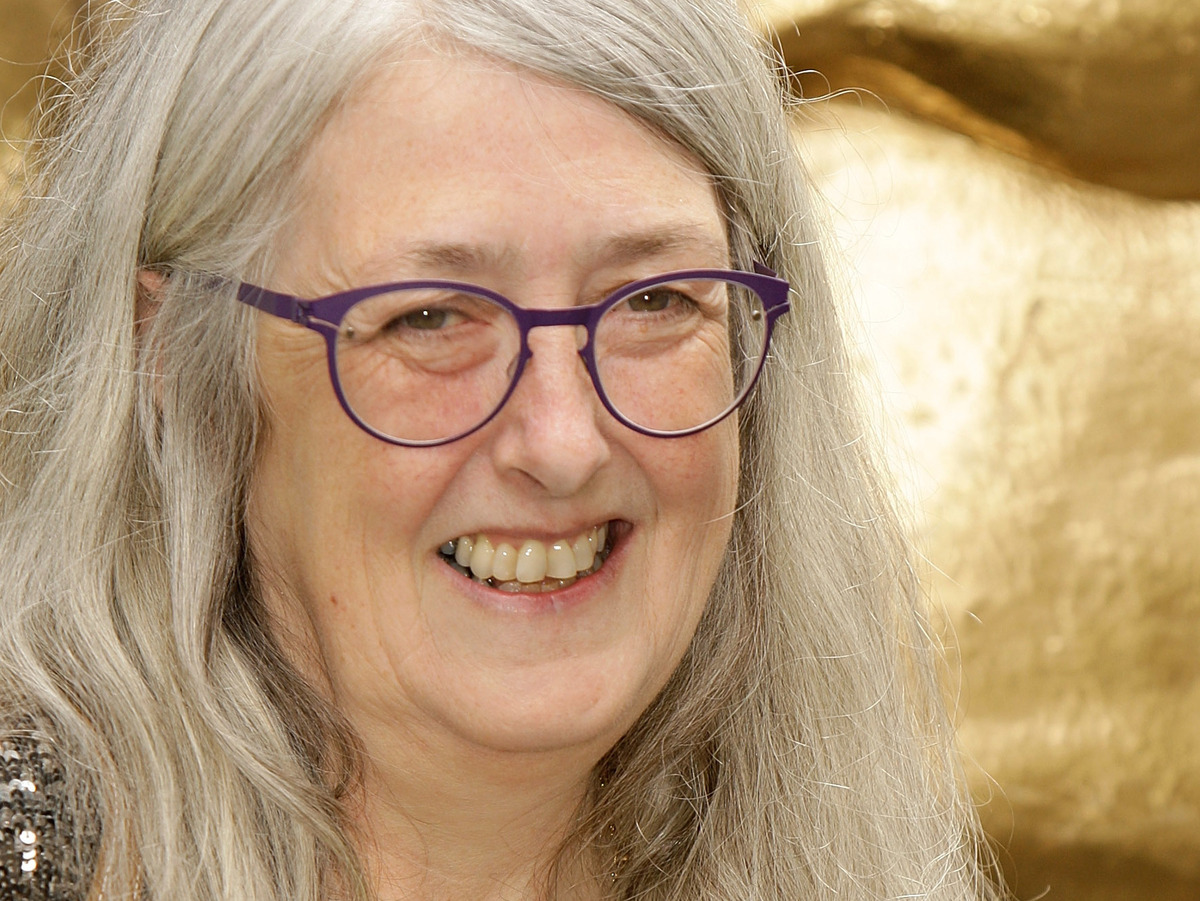 In Women & Power, Mary Beard connects modern misogyny (and her own experiences of it) to ancient precedents.

As George Eliot's Dorothea thinks in Middlemarch, "Those provinces of masculine knowledge seemed to her a standing-ground from which all truth could be seen more truly." We, in some sense, still buy that — from writers quoting Sophocles to seem learned to trolls affixing Hillary Clinton's face to a Medusa head to add some intellectual heft to their misogyny (from Greek roots, incidentally, miso (hate) and gyne (woman)). Beard reminds us that this culture we revere, model ourselves on, and consider morally and intellectually authoritative considers women and power antithetical by definition.

So, how to rid ourselves of this grim inheritance? Beard is honest enough to say she doesn't know. The answer is clearly not for women to try to speak like men, as Thatcher did when she took elocution lessons to lower her voice. And it would be unreasonable to ask Beard to solve the problem for us, but a longer consideration of it would be welcome. Because Women & Power is both brief and made up of recycled work, it would be easy to dismiss it as a throwaway.

Beard reminds us that this culture we revere, model ourselves on, and consider morally and intellectually authoritative considers women and power antithetical by definition.

Indeed, Beard's ideas might not feel new to those who study classics or women's history (although it's worth wondering whether they might feel familiar in part because Beard herself has been so influential). But in this pleasantly accessible form, they could be something important for a young person who feels the currents of culture around her but can't name them yet, someone beginning to wonder if there is a tension between being told she could be president one day and seeing the way Clinton was treated in 2016.

In Howards End, E.M. Forster writes disapprovingly of a character who "collected new ideas as a squirrel collects nuts, and was especially attracted by those that are portable." Real ideas, he implies, are too weighted, too tricky, too enmeshed in the fabric of things around them to be neatly scurried off with. But portable ideas have their uses, too. The book is subtitled "A Manifesto" — something meant to gather new followers and embolden old. Something to be scurried off with, and dispersed — something small and wieldy that might, with luck, take root and flower someplace new.