Accessibility links
Goodbye To A Commission Established To Solve A Nonexistent Problem This week, President Trump announced he was shutting down his Presidential Advisory Commission on Election Integrity, a group he established last May.

Listen · 2:04 2:04
Goodbye To A Commission Established To Solve A Nonexistent Problem 2:04 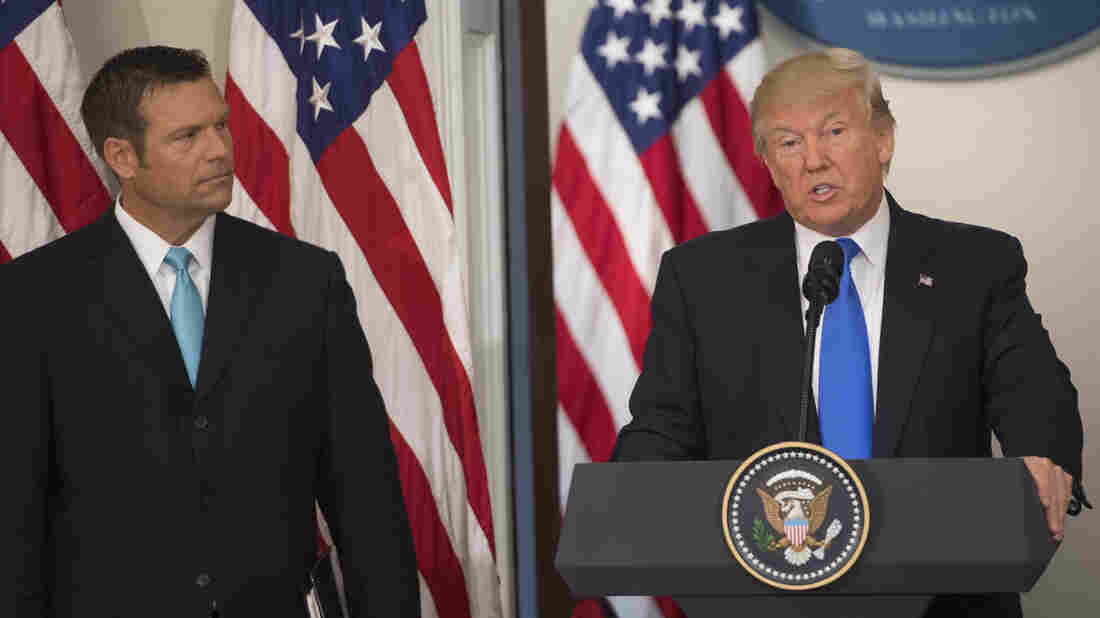 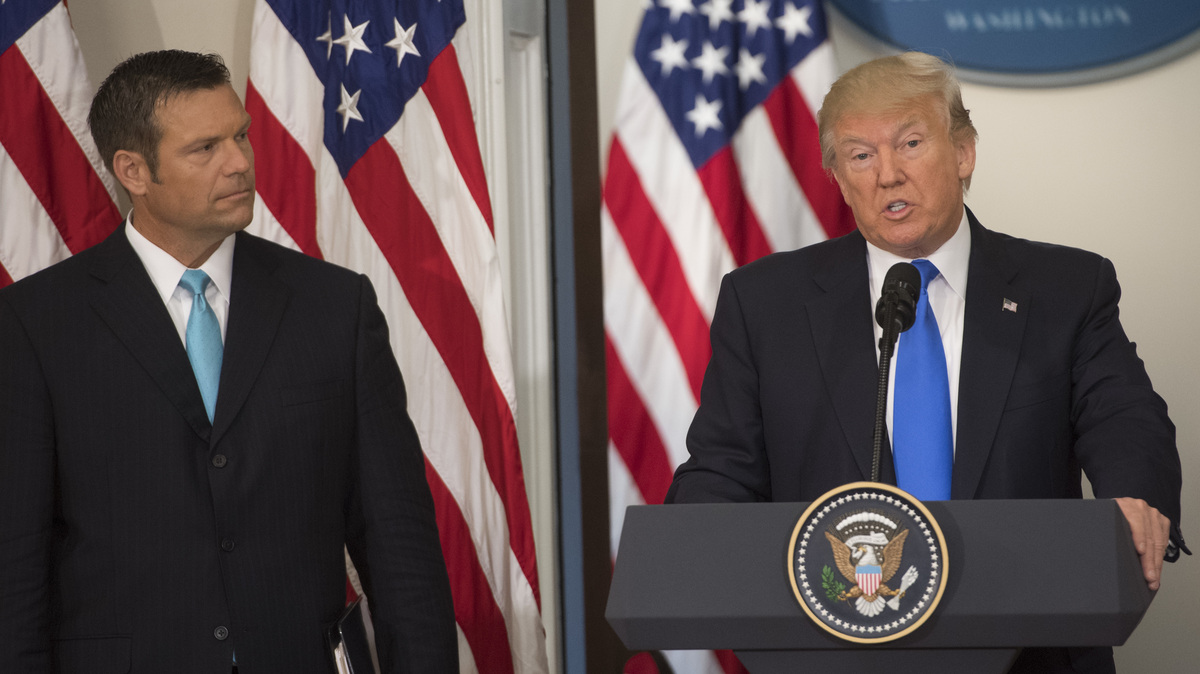 President Trump speaks alongside Kansas Secretary of State Kris Kobach during the first meeting of the Presidential Advisory Commission on Election Integrity in July.

This week, in the midst of the explosion of Fire and Fury, and stories about President Trump grousing to billionaires while gobbling cheeseburgers in front of three TV screens, and boasting about the size of his nuclear button, the president also found a minute to shut down his own Presidential Advisory Commission on Election Integrity.

The president appointed the group last May, after he claimed widespread voter fraud was why Hillary Clinton won about 3 million more votes than he did, even as Trump won the election without dispute in the Electoral College.

The president suggested that millions of people who aren't citizens must have voted. No evidence of this has been found.

The commission, chaired by Vice President Pence, met just twice. They asked states to send them their voter registration lists, which include home addresses, Social Security numbers and other personal information. The response, rare in these divided times, was bipartisan opposition. No state fully complied with that request, and Delbert Hosemann, the Republican secretary of state of Mississippi, where Donald Trump defeated Hillary Clinton by almost 18 percentage points, told the president's commission to "go jump in the Gulf of Mexico."

The commission declined his invitation.

The administration says the Department of Homeland Security will now pursue the investigation. But in an age of mass shootings and terrorism, they also have a good many more urgent things to do than try to dig up 3 million ghost voters, even in the cemeteries of Chicago.

It could be a relief to see the end of a commission established to solve a problem that mostly doesn't exist. But you may wonder if American citizens, especially immigrants and minorities, were discouraged from exercising their constitutional right to vote by extra regulations and extraneous checks.

And when the president says in a tweet, "many people are voting illegally. System is rigged," he makes a charge against a political system that is so open and unpredictable that it elected him.