Accessibility links
'Gnomon' Starts Simply — And Then It Goes Sideways Nick Harkaway's big, ambitious new book is about pretty much everything, from ancient Egypt to a future utopia that actually seems utopian at first, until an inconvenient death disrupts everything.

'Gnomon' Starts Simply — And Then It Goes Sideways

'Gnomon' Starts Simply — And Then It Goes Sideways 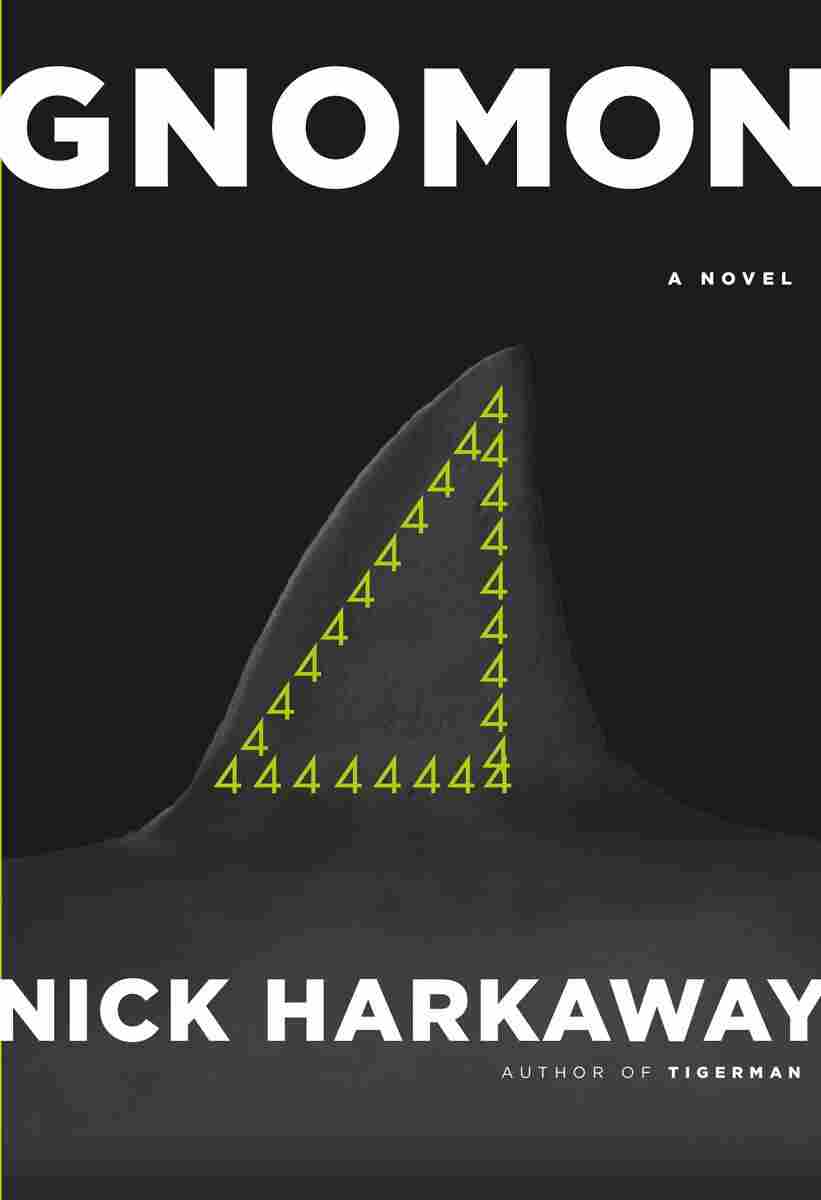 Sometimes, while doing this job, I like to think about how books come to be — how the writers think, and what they're planning while sitting there in front of the blank page, the blinking cursor. It's that first moment of creation that I find most fascinating. The instant when an idea transforms into something ... more.

For Nick Harkaway, I have to imagine that the moment he sat down to write his new novel Gnomon went something like this:

Okay, Nick, so we have that crazy title, right?

Totally! So now what's it going to be about?

Just what I said yesterday. It's going to be about everything.

Everything? You're still sticking with that?

I am. It's going to be about everything — from ancient Egypt to the distant future. Love, death and traffic flow patterns. Sharks and monsters. EVERYTHING.

Everything. All of that and more. Gnomon is a big, ambitious book that sometimes trips over its own bigness, but reads like some kind of game of literary telephone played by Philip K. Dick, Arthur Conan Doyle and William Gibson. It begins (and is centered) in a near-future London which seems to have discovered for itself a near-perfect form of distributed democracy called The System — a place where public service is done like never-ending jury duty by all citizens, and all things are voted on all the time by everyone. It is governance by social media, with an overlay of panopticon surveillance by an AI called The Witness, which not only watches you all the time like Santa Claus, but can also, when necessary, read your mind. Even after you're dead.

Harkaway lays this out beautifully, mysteriously and mischeviously. After reading the first 50-some pages of Gnomon, I was fully on board. I thought The System was brilliant — a natural outgrowth of our current, heavily surveilled, distributed and social moment in technological history, but designed to be good for you. Everyone in healthier, happier (kinda) and more productive. It was a utopia that seemed actually utopian. Even that mind-reading thing seemed okay, since Harkaway goes to great lengths to explain how those who undergo the procedure come out of it feeling better and healthier than when they went in.

But that's what happens when Diana Hunter is brought in by The Witness and subjected to a little bit of mind-probing. She is an off-the-grid luddite, a "writer of obscurantist magical realist novels" read only in samizdat form by ink-stained obsessives and weirdoes, a librarian and collector of physical objects in a digital age who has turned her house into a Faraday cage to slip through the filter of universal surveillance. And when she dies under interrogation (which is absolutely not supposed to happen), inspector Mielikki Neith is brought in to read her memories at the moment of death (and those just after) in order to figure out what went wrong.

Which is, of course, where everything goes wrong.

'Gnomon' is a big, ambitious book that sometimes trips over its own bigness, but reads like some kind of game of literary telephone played by Philip K. Dick, Arthur Conan Doyle and William Gibson.

For a moment, right at the beginning, Gnomon is simple. It is a genius-level pastiche of Inception and Dick's most paranoid fascist/religious imaginings. But then, owing to plot developments that will not pay off (or be explained) for another 500 pages, Gnomon goes completely sideways.

Suddenly it becomes a book about a Greek banker and mathematician who is almost eaten by a shark, gains the near-magical ability to see into the future of the financial markets, and foretells the collapse of the world economy a few minutes before it happens — becoming one of the wealthiest men in the world as a consequence.

Then it is a book about an ancient alchemist, a lover of St. Augustine, searching for meaning in a magical chamber that isn't supposed to exist, but which might have the power to resurrect her dead son.

Then it is a book about an old Ethiopian painter (in London again) whose granddaughter produces a video game that might hold the secrets of the universe in one of its easter eggs.

Then it is a book about all of this, plus inspector Neith, who is experiencing the lives of all these people like matryoshka dolls nested inside the memories of Diana Hunter at the moment of her death. And in this way, Gnomon becomes a murder mystery spread across 20 centuries — one which enfolds ancient gods and new monsters and a future where no one lives in a single body anymore.

The parts of Gnomon I liked best were the bits about books, videogames and the future—because those are my things, my own personal passions. But it's a big book, a digressive book, and it contains so much that it sometimes feels (like Diana Hunter's house is supposed to feel) like a museum of curiosities trapped between two covers and shaken vigorously. You can't help but be hooked by a detail here, a tic of recursive language there, until suddenly, you know things about Isis, ocean water or the Thames that you never thought would be interesting until Harkaway dangled them in front of you.

Everything, Nick. But, you know, only the really good stuff