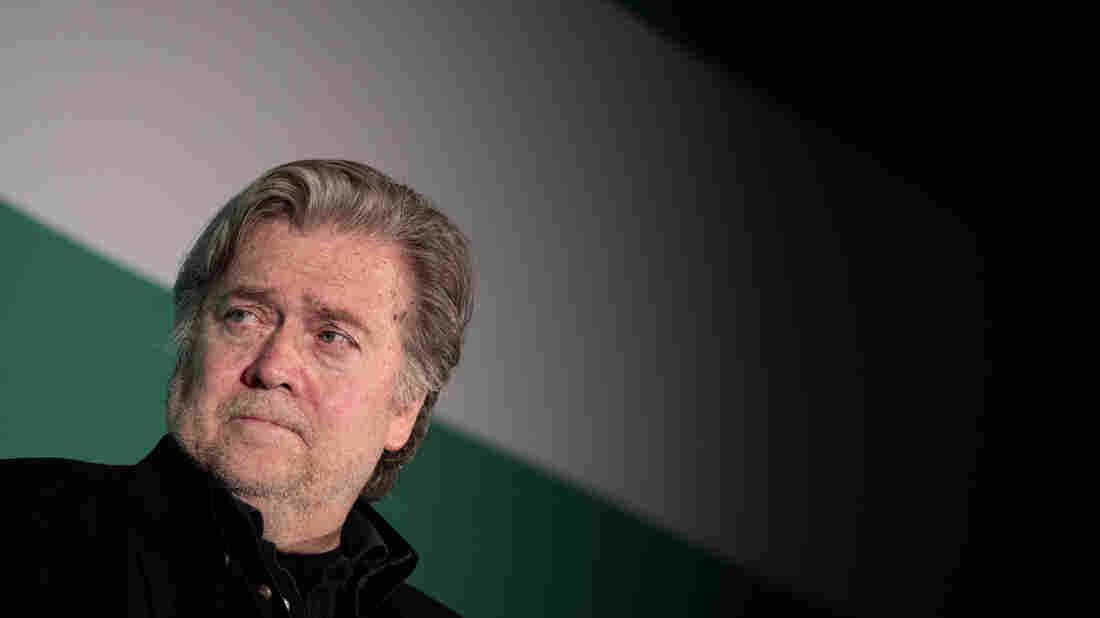 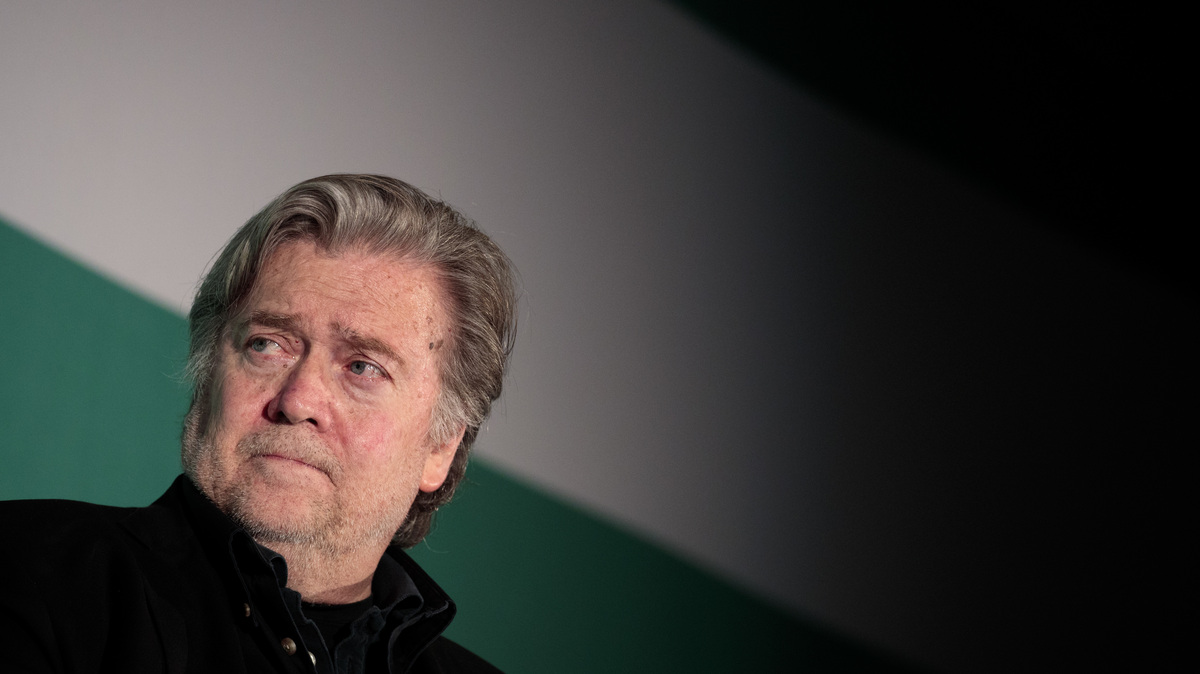 When Steve Bannon left the White House in August 2017, he framed his exile from the West Wing as a promotion, not a demotion.

"I feel jacked up," he told the Weekly Standard. "Now I'm free. I've got my hands back on my weapons." Bannon spoke about using his perch at Breitbart News and as an independent political operator to wage war on Senate Majority Leader Mitch McConnell, R-Ky., and other establishment Republicans, by recruiting and promoting a slate of insurgent primary challengers.

Bannon's 2018 suddenly looks a lot less productive. Last week, he found himself cut off from his two biggest patrons: President Donald Trump and conservative activist and donor Rebekah Mercer, the head of the Mercer Family Foundation and the daughter of billionaire investor Robert Mercer.

"Steve Bannon has nothing to do with me or my presidency," Trump said in the blistering statement issued by the White House press office after Bannon was quoted, among other things, calling Donald Trump, Jr. "treasonous" in a new book. "Now that he is on his own, Steve is learning that winning isn't as easy as I make it look."

"I support President Trump and the platform upon which he was elected," Rebekah Mercer told the Washington Post in a statement. "My family and I have not communicated with Steve Bannon in many months and have provided no financial support to his political agenda, nor do we support his recent actions and statements."

On Sunday, Bannon offered an olive branch of sorts, issuing a statement expressing "regret" for the comments made in the book and reversing course to praise both the president and his son.

"Donald Trump, Jr. is both a patriot and a good man," Bannon said in a statement, first reported by Axios.

Bannon said there was "inaccurate reporting" in the book regarding Trump Jr., and instead those comments were directed at Paul Manafort, Trump's former campaign chairman.

As NPR reported, Bannon went on to praise his former boss saying: "My support is also unwavering for the president and his agenda."

Still, it all caps — for now, at least — a wild year-and-a-half stretch that saw Bannon go from the head of nationalist firebrand news outlet Breitbart, to the chief executive of a long-shot presidential campaign, to a chief White House strategist given unprecedented equal billing with the White House chief of staff.

Bannon, as Trump pointed out yet again in his Wednesday statement, officially joined Trump's orbit late in the campaign. It was mid-August 2016, at a point when Trump was cratering in the polls and feuding with, among many other people, the father of a soldier killed in Iraq.

But Bannon and Trump had been circling each other for some time before then. Bannon had spent years searching for the right candidate to support his nationalist, populist worldview. He had earlier promoted — and made documentaries about — then-Rep. Michele Bachman, R-Minn., and former Alaska Gov. and 2008 GOP vice presidential nominee Sarah Palin.

When Trump finally ran for president in 2015, Bannon had a new favorite. Trump became a regular on Bannon's satellite radio show.

"What is it about the message that you think is resonating most with the American people now, that's drawing bigger and bigger crowds, and clearly a lot of enthusiasm," Bannon asked Trump during the candidate's first interview with the program, "that has you at the top of many of the polls?"

Bannon called Breitbart "Trump Central" in a 2015 email, and bragged to an old business partner that he was Trump's unofficial campaign manager.

When Trump's campaign appeared to be on the brink, he and Bannon made the relationship official. Trump named Bannon the campaign's "chief executive" in August 2016. After that, Bannon was regularly on the campaign plane with the candidate.

Bannon urged Trump to stick to his anti-establishment, nationalist guns, and was one of the few Trump allies who stood by Trump in the hours and immediate days after a video emerged showing Trump brag about sexual assault. Bannon never let other Republicans forget they had abandoned Trump en masse. "The Billy Bush Saturday to me is a litmus test," he told 60 Minutes. "When you side with a man you side with him, okay?"

After Trump pulled off his surprise victory, he rewarded Bannon by naming him chief strategist for the incoming administration — a position on equal footing with White House chief of staff. 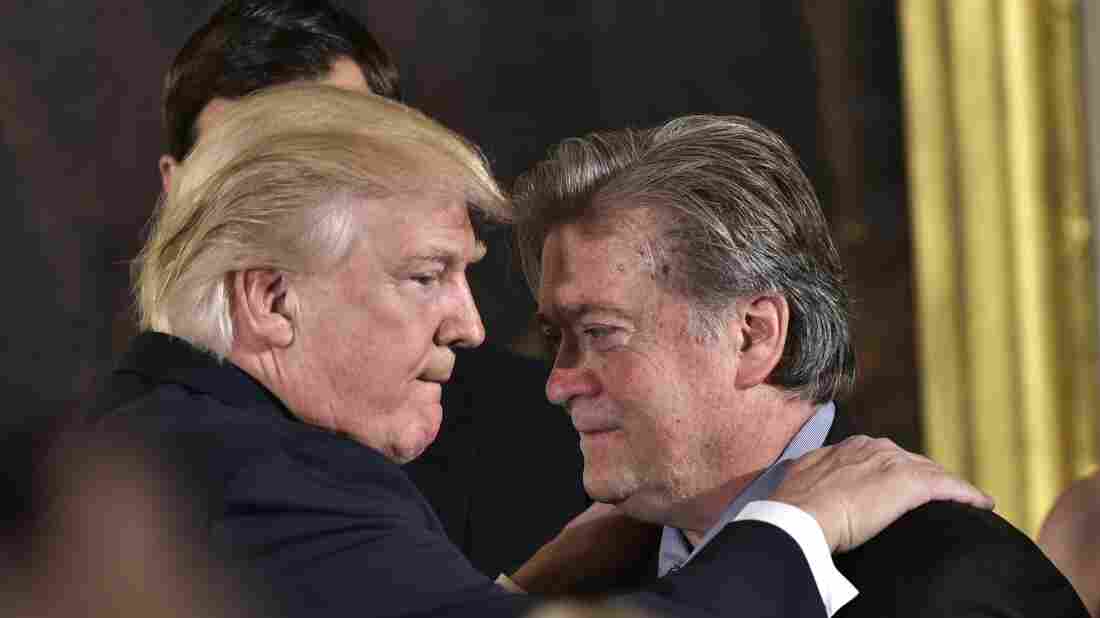 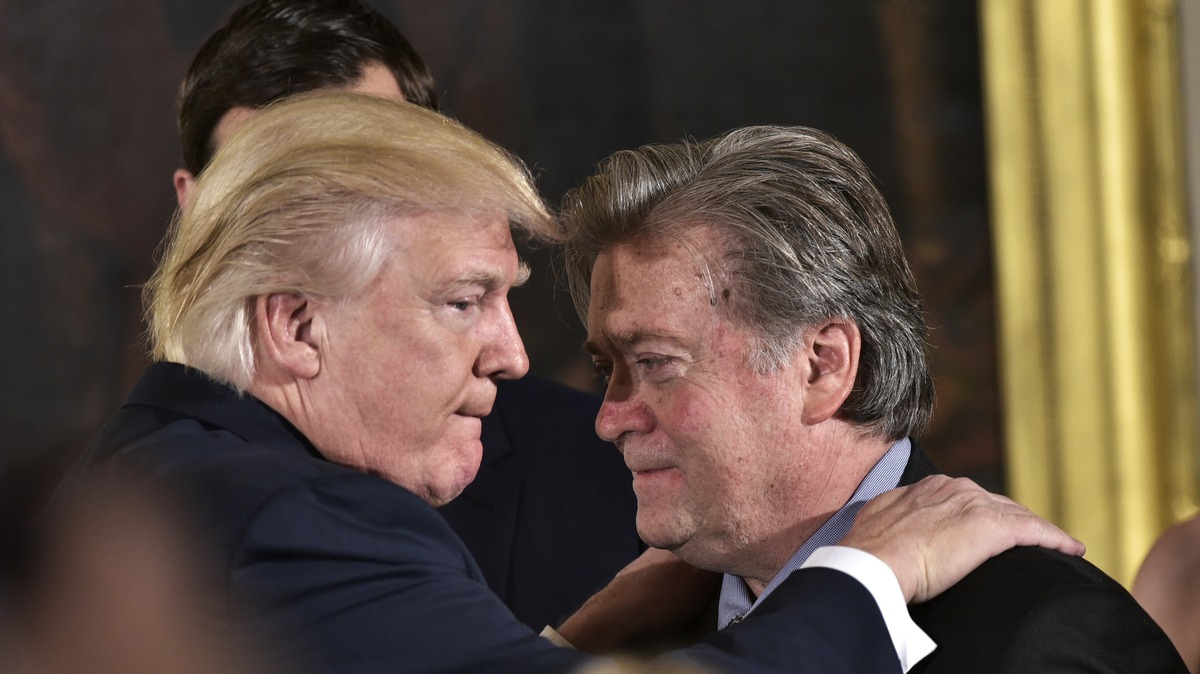 President Donald Trump congratulates Stephen Bannon during the swearing-in of senior staff in the East Room of the White House on January 22, 2017.

When Trump blasted Bannon last week, Trump claimed that Bannon "only pretends to have influence." But the fact is Bannon was the man behind some of the most controversial and norm-busting Trump gambits. Among them: the in-your-face decision to nullify the Access Hollywood video by bringing Paula Jones and other women who accused former President Bill Clinton of sexual misconduct to a presidential debate and to cap the first week of the Trump presidency with a chaotic and disruptive travel ban that caught much of the federal government by complete surprise.

But, instead, it was the first wave of core Trump advisers who were slowly deconstructed. Bannon outlasted national security adviser Michael Flynn, Chief of Staff Reince Priebus and press secretary Sean Spicer, among others. But by late August, a year after he first took over the Trump campaign, he was gone.

Bannon kept his name in the news after his ouster, and claimed to have more power outside the White House than from his previous West Wing perch.

But Bannon's post-White House political efforts fell flat. He played a major role in boosting the candidacy of Roy Moore, who became the first Republican to lose an Alabama Senate race in decades. Bannon also tried to persuade Sen. Orrin Hatch, R-Utah, to run for another term, as a way to block 2012 GOP presidential nominee and former Massachusetts Gov. Mitt Romney from running for the open seat. Hatch announced last week that he would retire, clearing the way for a potential run by Romney.

Trump also backed Moore, but has since tried to pin the blame on Bannon. "Steve had everything to do with the loss of a Senate seat in Alabama ...," he also said Wednesday

Ironically, the Bannon blowup leaves Trump much closer to the GOP establishment Bannon's been fighting than he's ever been before. "I'd like to associate myself with what the president had to say about Steve Bannon yesterday," McConnell told reporters at the Capitol Thursday, referencing Trump's anti-Bannon takedown.

The key question going forward: Is this truly the end of Bannon's influence? Or, like many other people exiled from Trump's inner orbit, will he gradually work his way back into Trump's graces — and into Trump's call list?