Accessibility links
Oprah 2020? People Are Asking After Golden Globes Speech The former talk show host and media mogul gave a rousing acceptance speech at the Golden Globes, causing some to wonder if a political bid will follow. 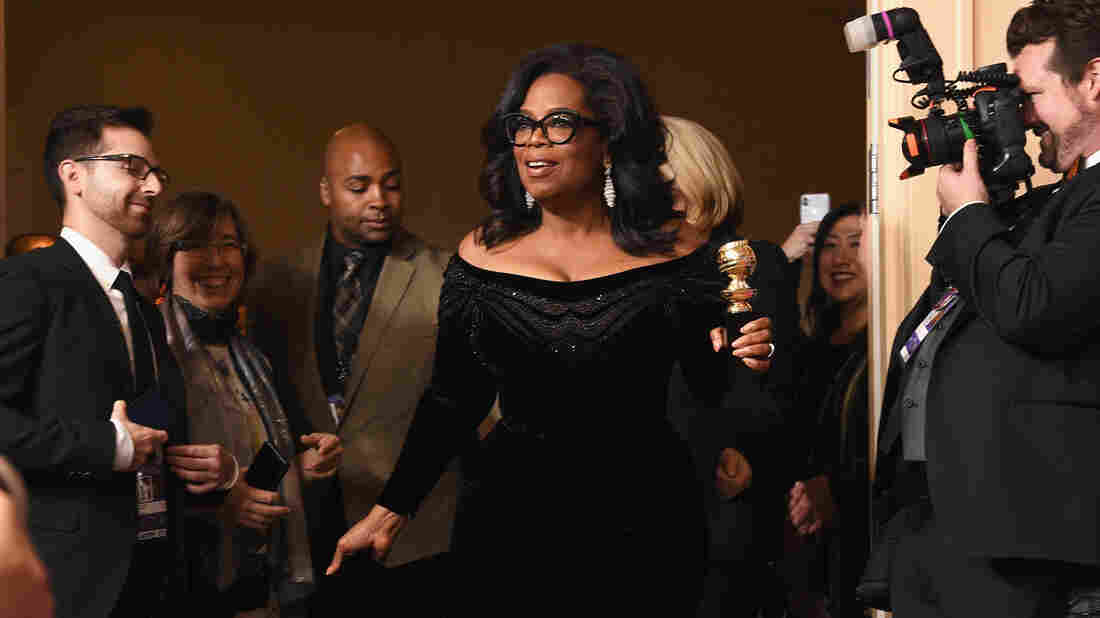 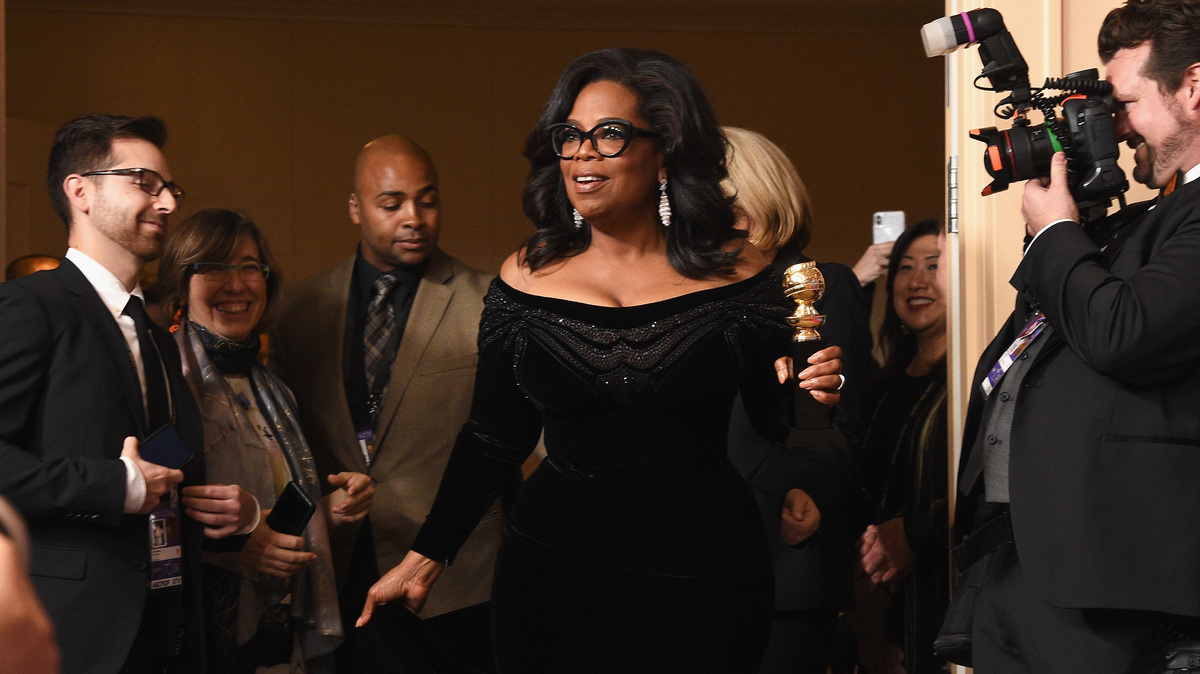 Oprah Winfrey, recipient of the Cecil B. DeMille Award, gave a rousing Golden Globes speech that spurred talk of a 2020 presidential run.

A fiery and impassioned speech by Oprah Winfrey at Sunday night's Golden Globes Awards has set the Internet abuzz with speculation and perhaps wishful thinking: Oprah for president in 2020?

The former talk show host, actor and businesswoman received the Cecil B. DeMille Award for lifetime achievement and delivered a rousing acceptance speech. She proclaimed — in what sounds like a pretty good campaign slogan — "a new day is on the horizon!" and spoke of a time "when nobody ever has to say 'me too' again."

Her comments were met with a standing ovation in Hollywood and were the talk of Twitter. Just check out the hashtag #Oprah2020.

This is not the first time Winfrey has been mentioned in conjunction with a possible presidential ticket. In fact, President Trump himself mentioned her as a potential running mate when he mulled over a bid in 1999.

So is she running? Well, her longtime companion, Stedman Graham, did not tamp down speculation.

"It's up to the people," Graham told the Los Angeles Times. "She would absolutely do it."

Even longtime conservative activist Bill Kristol seems to think it's not such a bad idea. He called her "sounder on economics than Bernie Sanders, understands Middle America better than Elizabeth Warren, less touchy-feely than Joe Biden, more pleasant than Andrew Cuomo, more charismatic than John Hickenlooper."

And he added the pro-Hillary Clinton hashtag #ImWithHer.

Overwhelmed by gratitude to this great nation as she accepts the nomination of her party in 2020. pic.twitter.com/DEtbjvwSgu

Asked about a potential Winfrey candidacy in 2020, a White House spokesman said, "We welcome the challenge, whether it be Oprah Winfrey or anybody else."

Winfrey's speech touched on some potent political themes, including her humble roots. "My mom came through the door bone-tired from cleaning other people's houses," she said.

She mentioned her gratitude "to all the women who have endured years of abuse and assault, because they, like my mother, had children to feed and bills to pay and dreams to pursue."

She also expressed her gratitude to the press, which she said "is under siege these days" and which she says she values more than ever.

Most powerfully, she told the story of Recy Taylor, an African-American woman who in 1944 was gang-raped as she walked home from church. Taylor died late last year at the age of 97.

"She lived, as we all have lived, too many years in a culture broken by brutally powerful men," Winfrey said. "And for too long, women have not been heard or believed if they dared to speak their truth to the power of those men."

Picking the right moment as the applause died down, she added with flair, "Their time is up," bringing the crowd to a new ovation.