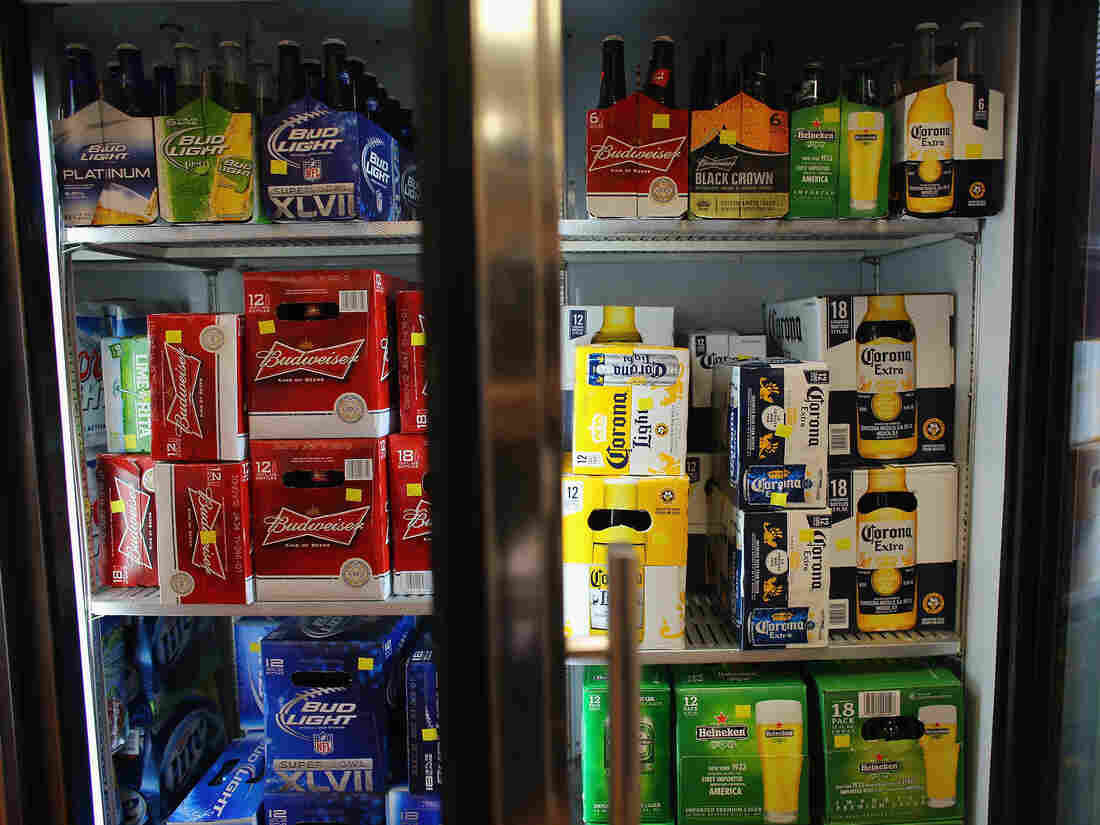 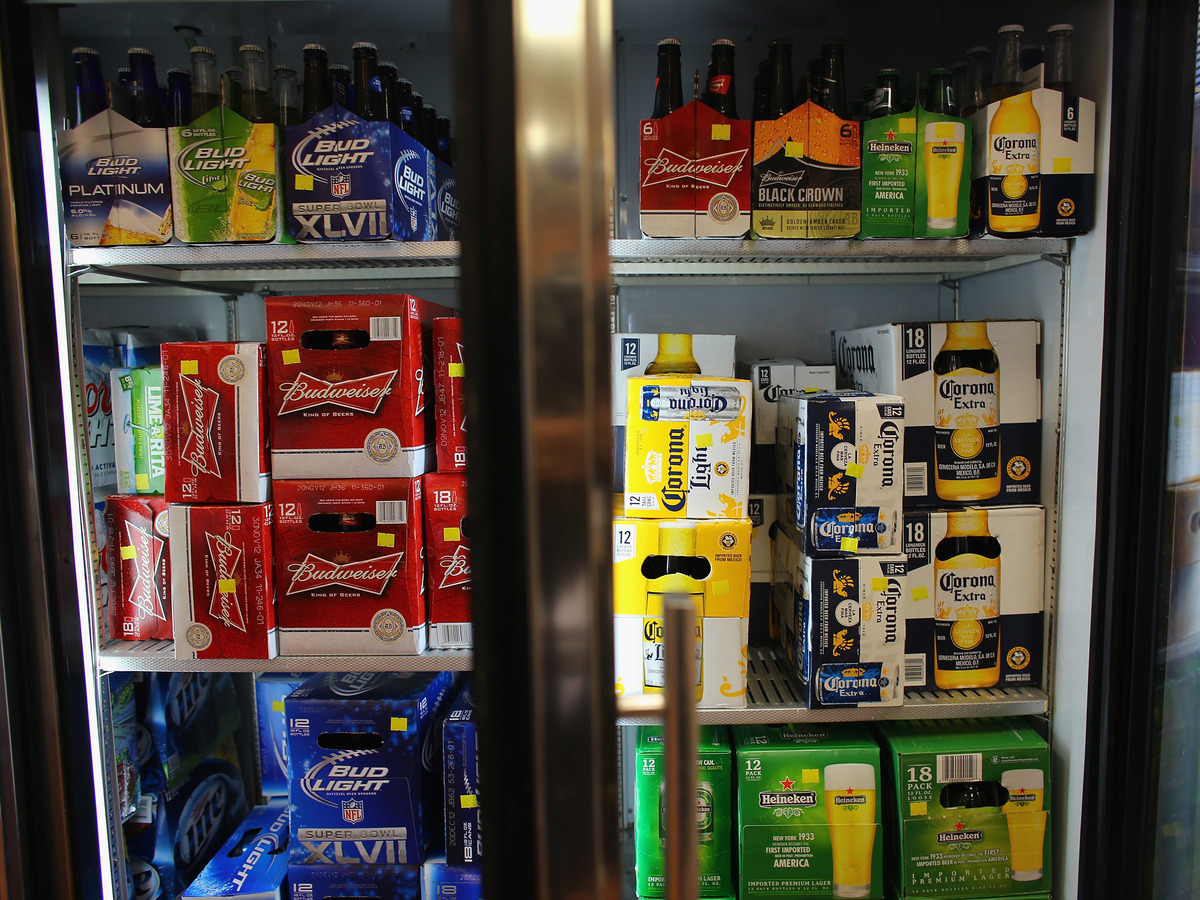 In this new year, beer brewers are enjoying a temporary excise tax break that was signed into federal law as 2017 was winding down.

But now public health experts are saying the temporary cut could come with a big cost over the next two years. That's because the 2018-19 tax reduction will decrease government revenue by $4.2 billion, according to the Joint Committee on Taxation — slicing into funds available to offset the public costs of excessive alcohol consumption. Those costs involve everything from traffic accidents and emergency room trips to poorer health among Medicaid recipients.

The Centers for Disease Control and Prevention estimates that the cost of excessive alcohol use is $2.05 per drink — costs that create financial burdens for federal, state and local governments.

"Currently, federal and state taxes do not even come close to covering those costs," said Dr. Timothy Naimi, author of a recent article study on state alcohol excise taxes. "Public health is a strong rationale for alcohol taxation. ... If we don't recover the costs related to alcohol sales, then it amounts to a subsidy for people who drink, and who drink excessively."

The tax break was touted as a savior of small craft breweries. Its bipartisan sponsors said it would lead to the creation of thousands of jobs.

Leah Cheston, co-owner of Right Proper Brewing in Washington, D.C., says her business would save about $15,000 annually. Right Proper, which hopes to produce 4,200 barrels in 2018, is planning to use its tax savings for new equipment, and perhaps more labor. "The savings for us could be at least a part-time employee," she says.

The industry is hoping Congress will make the tax change permanent.

"As a small business, everything helps," Cheston says. So she wishes the provision were not temporary. "Being long term would give us the ability to know that we can do these projects safer."

Cheston, like other small brewers who spoke with NPR, doesn't think the tax break is significant enough to allow her to lower beer prices. But even if retail beer prices don't actually fall, the tax cut could restrain price increases in coming years.

Dr. Mike Hilton, deputy director of the National Institute on Alcohol Abuse and Alcoholism's division of epidemiology and prevention research, says taxing alcohol has been shown to benefit public health by propping up prices. "It's an effective prevention method because it tends to lower the amount consumed," he says.

Each year, excessive alcohol consumption causes 88,000 deaths, according to the CDC. When the cost of a drink rises by 10 percent, people drink 5 to 6 percent less, according to a study published by the NIAAA. That leads to reductions in health care costs and alcohol-related car accidents.

"When consumption goes up, the issues that you have with alcohol go up as well — like drunk driving and underaged drinking," says J.T. Griffin, the chief government affairs officer of Mothers Against Drunk Driving. "Congress needs to look at the health consequences of alcohol ... as a public health issue."

Critics of the tax break also argue that relatively few of the benefits will go to small brewers. For example, Adam Looney, a senior fellow at the Brookings Institution, says that "for every $20 in excise tax cuts, about $1 will actually accrue to a craft brewer or craft distiller. The rest goes to either importers or large domestic producers."

"The biggest changes in the bill are low excise tax rates on small production amounts," Looney says. "On the face, it looks like it will only benefit small producers. ... But there are new technical changes to how beer can be distributed and sold, which allow large producers to essentially pass off their products as craft, and get the low rate."

Ultimately, he says, "overwhelming benefit actually goes to large producers. In some ways, it increases the competition that true craft brewers will face."

Bart Watson, chief economist of the Brewers Association, disagrees with that assessment. He tells NPR that Anheuser-Busch stands to get $12 million from the tax cuts, which is "a lot of money in absolute terms — but in percentage of their tax bill revenue, that's very, very small."

Whether or not the new tax break is a good idea, lobbyists are trying to make sure it is permanent. Anheuser-Busch, which produces Bud Light, Budweiser and Shock Top, hired 19 lobbying firms in addition to its in-house lobbyists to work on the company's tax issues in 2017.

Maya MacGuineas, president of the bipartisan Committee for a Responsible Federal Budget, says the two-year tax break is a good example of why lobbying work is expanding in Washington.

"It's a real way that money gets into politics," she says of the temporary tax change. "You see lobbyists gearing up, trying to protect their favorite tax break."