Accessibility links
A Trump Interview With Robert Mueller Would Follow Presidential Tradition President Trump pledged in June that he was "100 percent" willing to be interviewed by the special counsel. The White House and investigators declined to comment to NPR on reports that may happen. 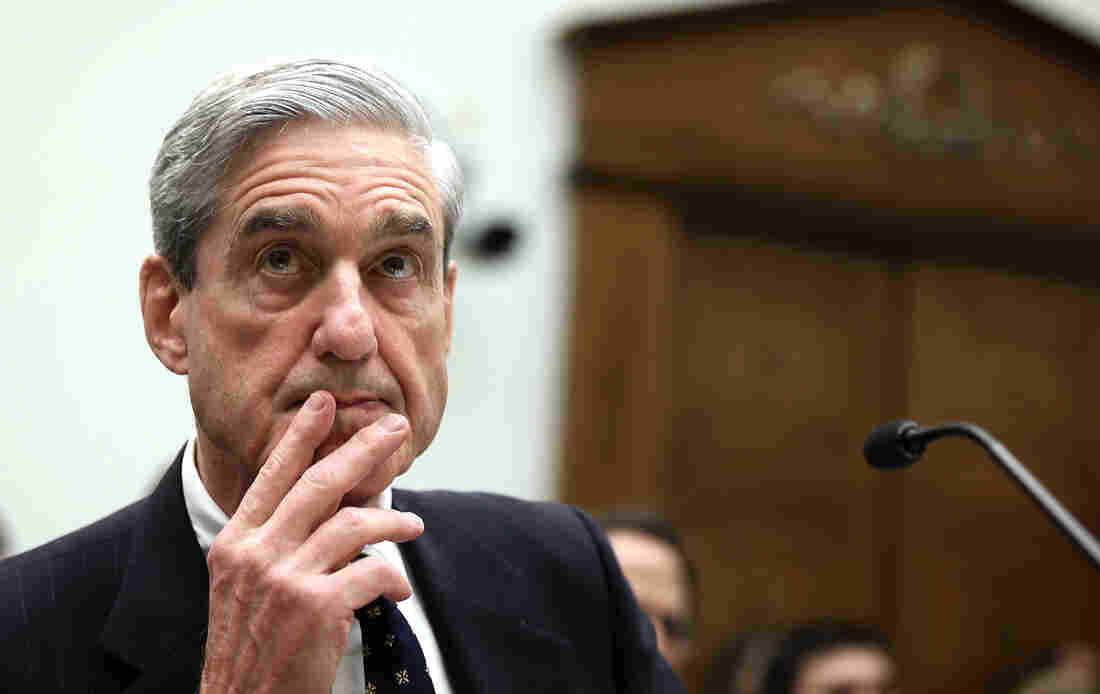 Special counsel Robert Mueller may be seeking an interview with President Trump, which Trump's lawyers are reportedly preparing him for. Alex Wong/Getty Images hide caption 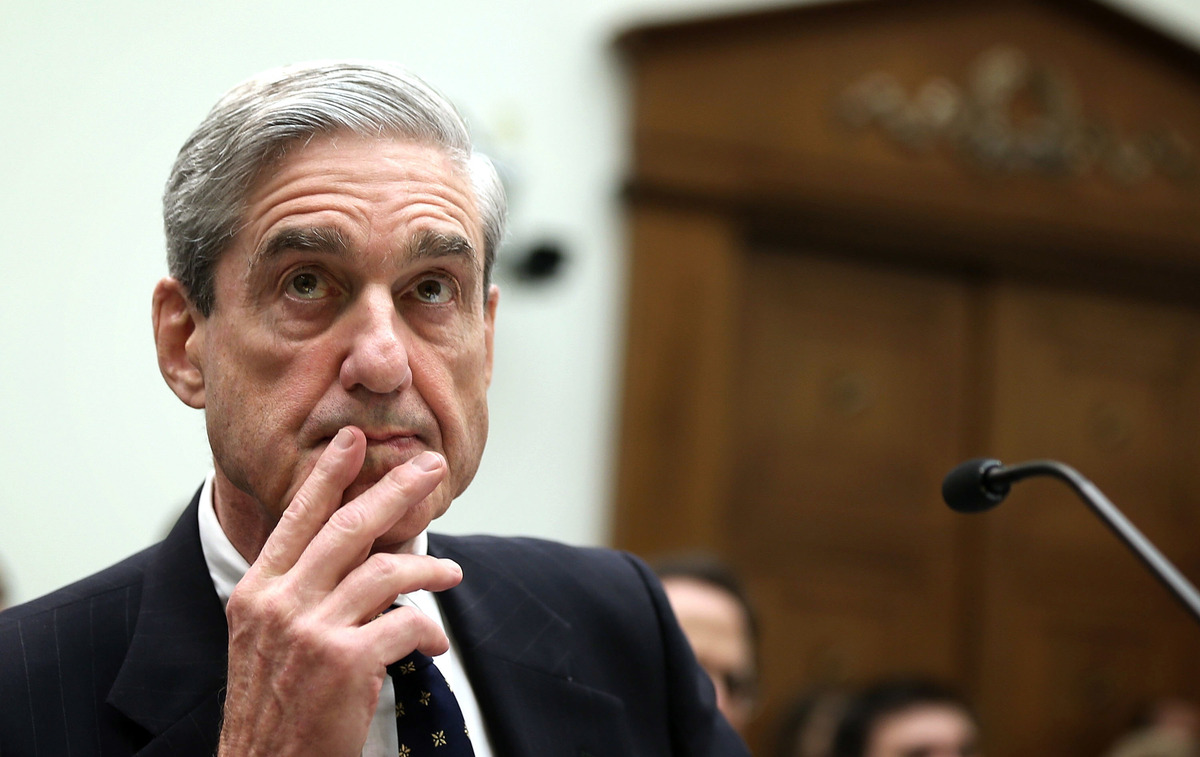 Special counsel Robert Mueller may be seeking an interview with President Trump, which Trump's lawyers are reportedly preparing him for.

If President Trump answers questions from Justice Department special counsel Robert Mueller, as reports indicate he may, Trump would follow the precedent set by many previous occupants of his office.

NBC News reports the president's lawyers are "discussing a range of potential options for the format," which may include written responses to questions rather than a sit-down interview.

The story says the discussions were described by one person as preliminary and ongoing.

The Washington Post reports Mueller raised the possibility of an interview with Trump during a meeting with the president's lawyers in late December.

Neither the president's attorneys nor the special counsel's office would comment on the reports to NPR.

Attorney Ty Cobb told NPR that "the White House is continuing its full cooperation with the [Office of Special Counsel] in order to facilitate the earliest possible resolution."

Trump has endorsed the prospect of talking with Mueller before. In June 2017, during a Rose Garden news conference, Trump said to reporters that he was "100 percent" willing to testify under oath.

"I would be glad to tell him exactly what I told you," he said in answer to a question, referring to Mueller.

A number of Trump's predecessors have answered questions from grand juries and special counsels. In August 1998, for example, then-President Bill Clinton addressed the nation and said this:

"This afternoon in this room, from this chair, I testified before the Office of Independent Counsel and the grand jury. I answered their questions truthfully, including questions about my private life — questions no American citizen would ever want to answer."

Clinton was asked about his relationship with White House intern Monica Lewinsky — and charged with lying about it, statements that formed the basis of impeachment in the House of Representatives. Clinton was ultimately acquitted in the Senate.

Former President George W. Bush was questioned by special counsel Patrick Fitzgerald in 2004, as part of a probe into whether the Bush administration leaked the identity of former CIA officer Valerie Plame, in retribution for her husband's criticism of the Iraq War. Bush talked with investigators for about 70 minutes in the Oval Office.

President Ronald Reagan answered written questions from the special counsel looking into the Iran-Contra affair, in which the administration facilitated the sale of arms to Iran with the profits being diverted to fund the anti-government rebels in Nicaragua.

And President Gerald Ford testified in a grand jury investigation looking into his attempted assassination by Lynette "Squeaky" Fromme, a follower of Charles Manson.

Former prosecutors said scheduling an interview with the highest profile person in an organization, whether the president of the United States or a company's chief executive, typically means investigators are reaching the end of their work.

FBI agents and prosecutors want to make sure they use their time wisely, and have synthesized all the evidence available to them, before questioning someone at the top of the ladder.

Solomon Wisenberg, a white-collar lawyer at the Nelson Mullins law firm who previously served as a deputy independent counsel in the Whitewater/Lewinsky investigation, said he thought that principle likely applied in this case, too.