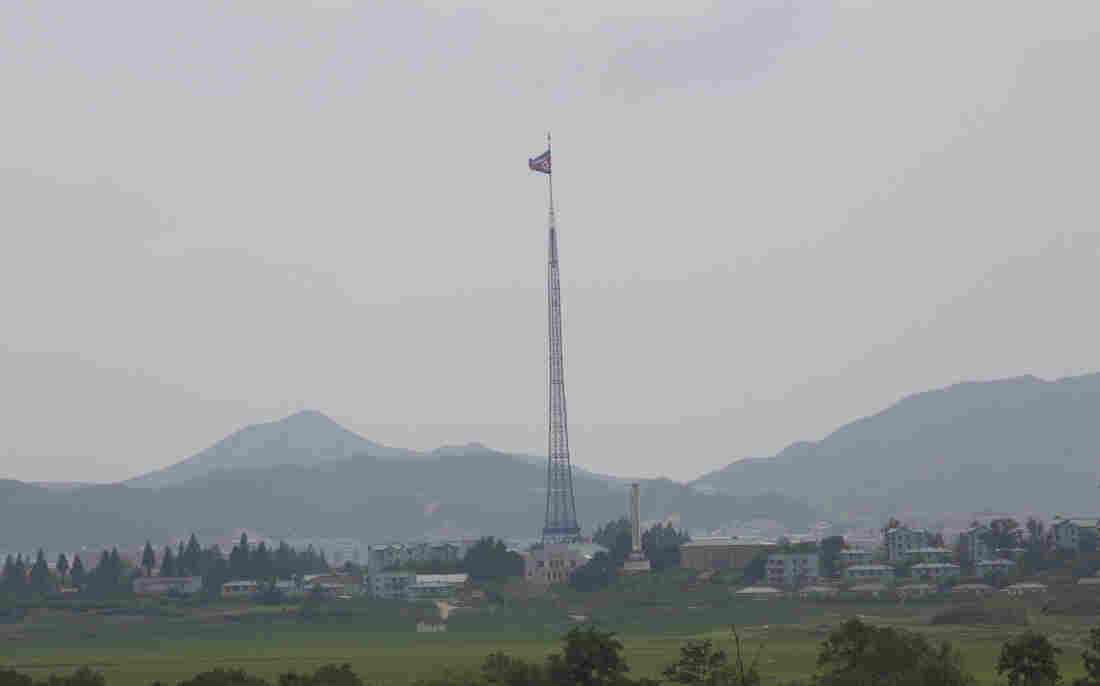 A giant North Korean flag flutters from a 528-foot pole near the border with South Korea. Tunnels built by North Korea's military are believed to extend across the border. Ahn Young-joon/AP hide caption 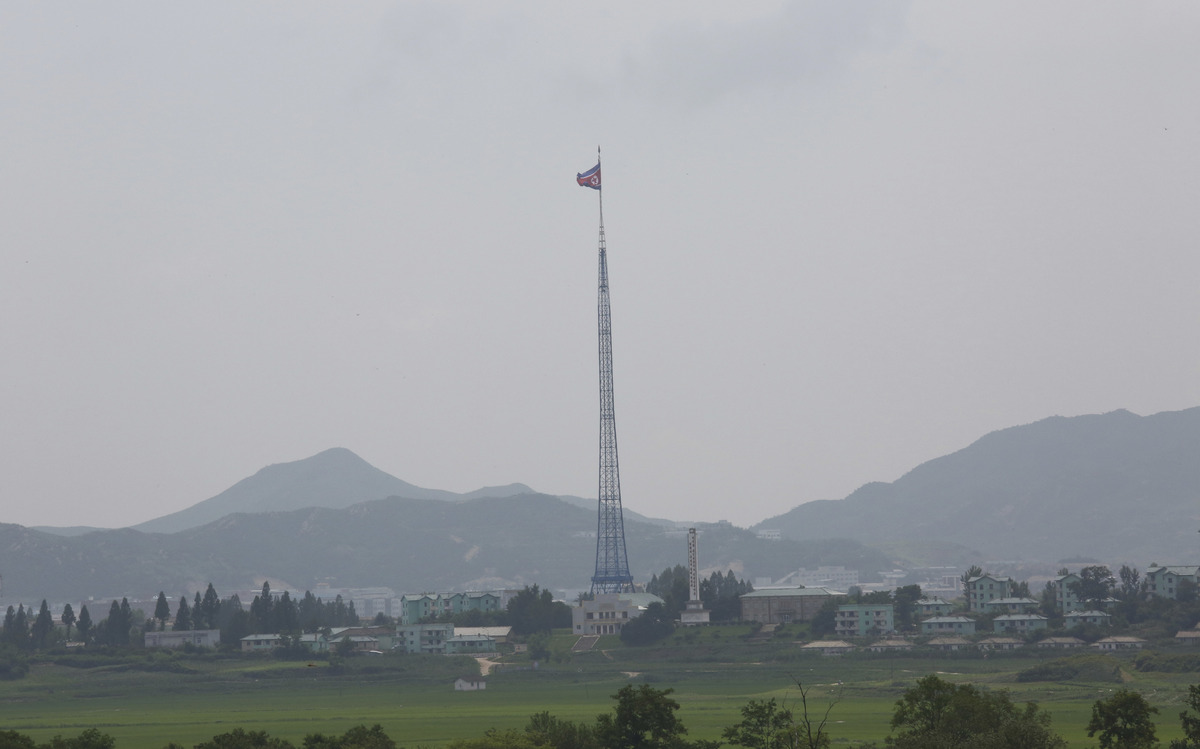 A giant North Korean flag flutters from a 528-foot pole near the border with South Korea. Tunnels built by North Korea's military are believed to extend across the border.

The Army is training thousands more soldiers in tunnel warfare, part of an effort to be ready to offer President Trump military options for North Korea, U.S. officials tell NPR.

North Korea is honeycombed with thousands of tunnels and bunkers, some of them discovered leading across the border and close to the South Korean capital, Seoul. Others in North Korea are hundreds of feet deep and could be used to hide troops and artillery, as well as chemical, biological and nuclear weapons.

Spokesmen for those divisions would not comment on the additional training, and neither would the Army.

Officials say the training is expected to take place throughout 2018, most likely at home stations, although there are additional training facilities around the country that include abandoned tunnels and bunkers.

"I think it's necessary, not just for U.S. troops but for South Korean troops as well," said Dave Maxwell, a retired Army colonel who served in Korea and now is with the Institute for Corean-American Studies, a nonprofit, private educational and research group. "There are about 5,000 of these tunnels. The North Koreans are like mole people."

"They have gone underground across that country in a way that few nations have done," Rumsfeld told senators 17 years ago. "They have underground emplacements of enormous numbers of weapons."

And those tunnels, so far below the surface, would be safe from most missiles and bombs dropped by aircraft or fired from the sea. Any military action against North Korea would include U.S. and South Korean troops assaulting those tunnels, officials said.

The Army usually trains one or two brigades in tunnel warfare, so large numbers of soldiers are prepared to maneuver and fight in such closed environments, in places like Afghanistan. But with the threat posed by North Korea, the Army is training additional brigades, although the exact number is classified.

Just last month, U.S. soldiers from the Army's 5th Cavalry Regiment trained to infiltrate a bunker at a semi-abandoned base north of Seoul. It was a stand-in for a chemical weapons lab. The soldiers used specialized radios and night vision goggles, as they crept into the half-mile-long tunnel.

"We can't just look at military operations in two dimensions," Lt. Col. John Moris told Stars and Stripes newspaper. "We have to look at three dimensions and the subterranean component."

Preparing for a "horrific" conflict

With North Korea moving ahead on its missile and nuclear program, tensions are mounting and some in the Pentagon are saying that more training and planning are necessary.

Those tensions include incendiary statements from North Korean leader Kim Jong Un and President Trump during the past week.

"The nuclear button is always on the desk of my office," said Kim Jong Un. "They should accurately be aware that this is not a threat but a reality."

Trump responded on Twitter, saying, "I too have a Nuclear Button, but it is a much bigger & more powerful one than his, and my Button works!"

"We want to always remind them we can destroy you, too, so be very cautious and careful with your words and what you do," Haley said.

Defense Secretary Jim Mattis has not spun up the rhetoric and has consistently said diplomacy and sanctions are part of the current course of action. Still, Mattis told a U.S. Army conference last fall that the service must be prepared for any eventuality.

"Now what does the future hold? Neither you nor I can say," Mattis said. "So there's one thing the U.S. Army can do, and that is you have got to be ready to ensure that we have military options that our president can employ if needed."

The Army's top officer, Gen. Mark Milley, said at the same conference that a "full blown war on the Korean Peninsula will be horrific by any stretch of the imagination."

But Milley said that North Korea possessing a nuclear missile capable of striking the U.S. would be unacceptable.

"It would be horrible, there's no question about it, but so would an intercontinental ballistic missile striking Los Angeles or New York City. That would be equally horrible," he said.

Officials say that among the Joint Chiefs of Staff, Milley is particularly focused on the North Korean threat.

Meanwhile, the Army is buying more bridging equipment to be used on any possible military action in North Korea. Military planners do not want U.S. heavy armor to rely on North Korea's questionable infrastructure when fording rivers.

One of the items used by the Army is what's called the "Joint Assault Bridge," which is an Abrams tank that includes a collapsible bridge that spans 62 feet.

At the same time, the Pentagon over the past several months has quietly added more Patriot missiles and precision-guided bombs in the region to make sure the stockpiles are sufficient for a war footing.