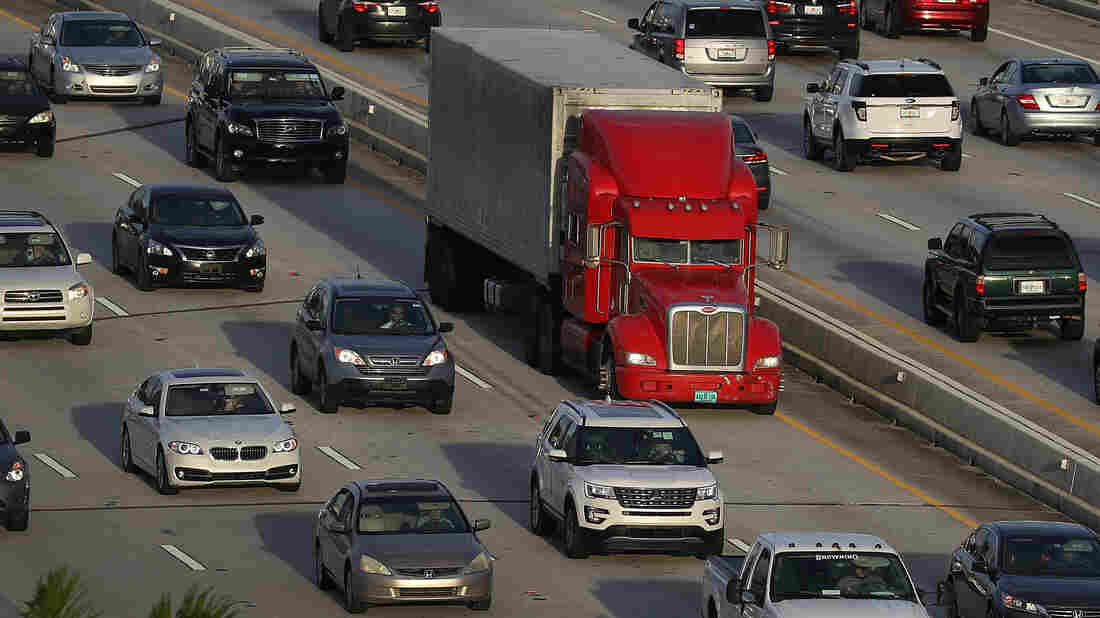 A tractor-trailer rolls along the highway in Miami last November. The trucking industry needs to hire almost 900,000 more drivers to meet rising demand, according to an industry analysis. Joe Raedle/Getty Images hide caption 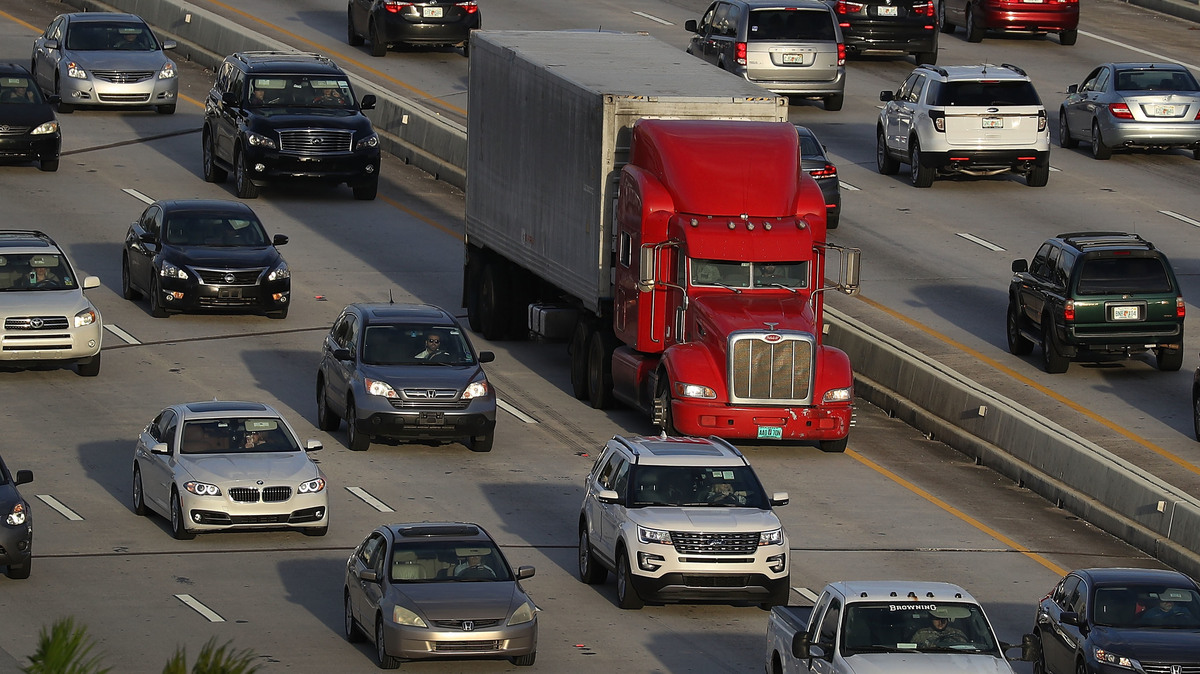 A tractor-trailer rolls along the highway in Miami last November. The trucking industry needs to hire almost 900,000 more drivers to meet rising demand, according to an industry analysis.

America needs more truck drivers. The trucking industry is facing a growing shortage of drivers that is pushing some retailers to delay nonessential shipments or pay high prices to get their goods delivered on time.

A report from the American Trucking Associations says more than 70 percent of goods consumed in the U.S. are moved by truck, but the industry needs to hire almost 900,000 more drivers to meet rising demand.

"Being a truck driver was something that carried a certain level of honor with it," he says. "They were kind of the 'knights of the road,' and we lost that somewhere along the way, and I think often trucks are portrayed as sort of this negative reality on the road."

The ATA report notes that the industry has struggled with a driver shortage for the past 15 years. During the Great Recession, freight volumes dropped, allowing the industry to meet demand with fewer drivers. But when volumes recovered in 2011, the driver shortage became a problem again.

According to an industry analysis by DAT Solutions, just one truck was available for every 12 loads needing to be shipped at the start of 2018, which is the lowest ratio since 2005.

"In addition to the sheer lack of drivers, fleets are also suffering from a lack of qualified drivers, which amplifies the effects of the shortage on carriers," says ATA Chief Economist Bob Costello. "This means that even as the shortage numbers fluctuate, it remains a serious concern for our industry, for the supply chain and for the economy at large."

An aging fleet of drivers is one of the main reasons for the driver shortage. The Bureau of Labor Statistics estimates that the average age of a commercial truck driver in the U.S. is 55 years old. The industry also heavily relies on male drivers — only 6 percent of commercial truck drivers are women, according to the ATA.

"Demographics are working against the industry," Leathers says. "The trucking industry average age is about 10 years older than the average age across other comparable industries like manufacturing and construction. So as those retirements are taking place, we're just not seeing the same level of new entrants into the industry."

The industry has struggled to attract new drivers because the lifestyle of a trucker is less than ideal. Drivers are often forced to be on the road for extended periods of time, causing fatigue, and many suffer from undiagnosed sleep apnea.

The Trump administration implemented new safety regulations in December that require commercial truck drivers to use electronic logging devices to record their hours. But many truckers say the federal mandate does not provide the flexibility they need.

"Federal regulators simply don't have a clue," Todd Spencer, executive vice president of the Owner Operator Independent Drivers Association, a trade group, told NPR in December. "They don't have a clue what truckers do, how they go about doing it, the environment that they live in, the schedules and things like that, the demands of the job."

Leathers says his company has increased wages, so drivers can make up for lost time on the road. The median annual wage for heavy and tractor-trailer drivers was $41,340 in May 2016, according to the BLS.

"Pay in the industry's come up considerably. Here at Werner our pay's up 17 percent over the last couple of years," Leathers says. "First-year entrants into the industry now make around $50,000 a year depending on what part of the business they go in. So it's a good job. It pays well; you can build a family around it. It's about getting that awareness out there."