Accessibility links
Former White House Social Secretaries On The Value Of 'Treating People Well' Lea Berman worked for President George W. Bush; Jeremy Bernard for President Obama. They draw on their White House experiences for a book about the importance of civility in getting things done. 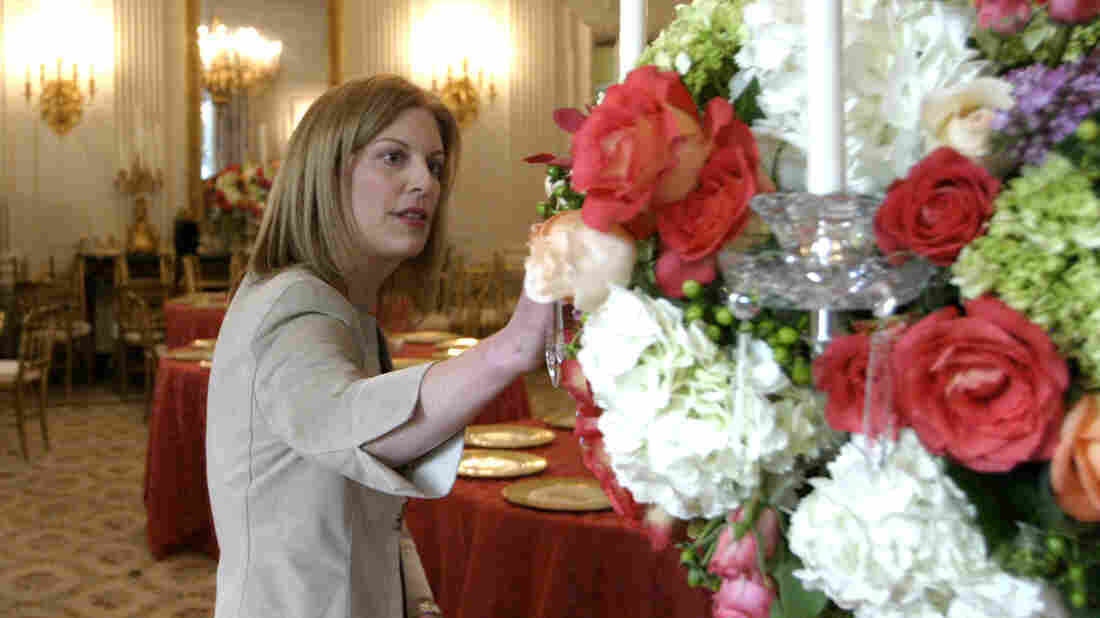 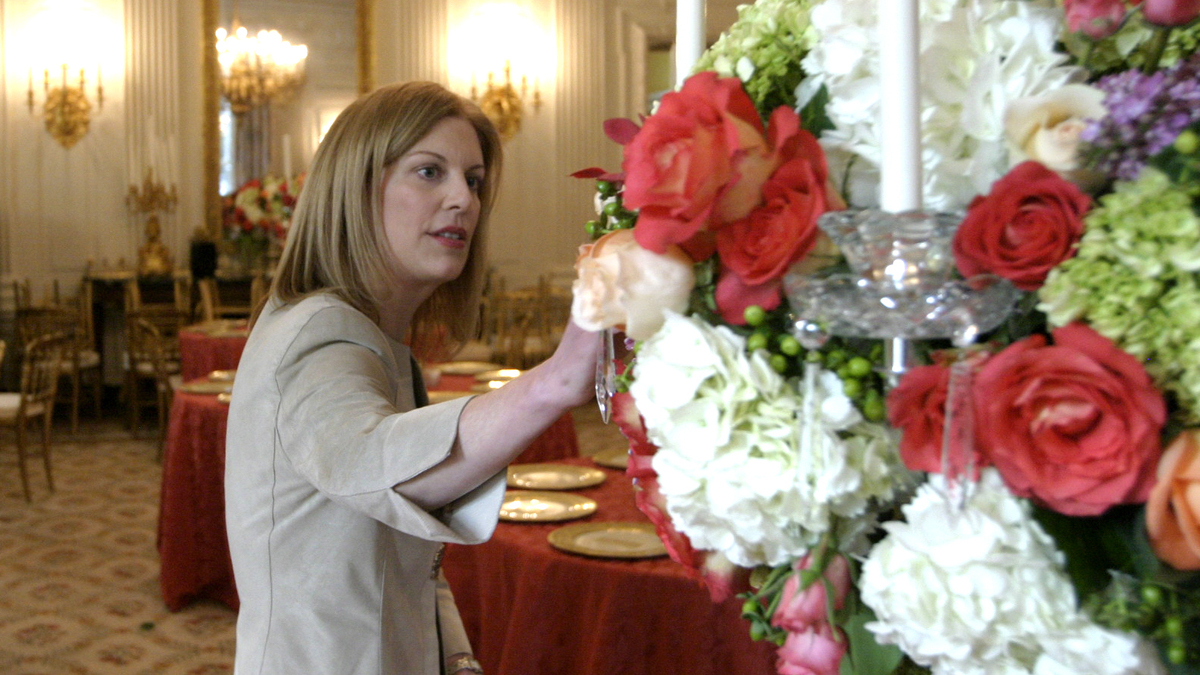 Lea Berman and Jeremy Bernard have organized state dinners and congressional picnics, each serving as White House social secretary for different administrations. Bernard worked for President Obama; Berman for President George W. Bush. And they've collaborated on a new book that uses their White House experiences to draw out lessons in how to handle crises, defuse awkward moments and manage expectations. It's called Treating People Well: The Extraordinary Power Of Civility At Work And In Life.

The book is about "the everyday situations we find ourselves in," Berman says. "Sometimes it's an awkward relationship with a co-worker. Sometimes it's just a difficult situation at home. And what we're really saying is by treating people well in a very self-interested way, you will cause them to treat you well in return." 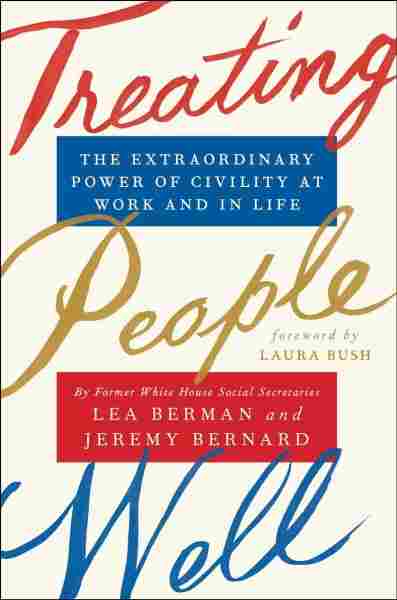 The Extraordinary Power of Civility at Work and in Life

On what a social secretary does

Lea Berman: The White House social secretary is responsible for every event that takes place within the grounds of the White House, with the exception of the Oval Office and the press room. So it's hundreds of events each year, and it's everything from a two-person lunch in the family residence to a state arrival ceremony, which can be [7,000] or 8,000 people.

On feeling impostor syndrome on the job

Jeremy Bernard: That was difficult in the sense that there was that insecurity, but the excitement of being there overran the fear, for lack of a better word. So I think that part of it was — you play the part.

Berman: What we learned very quickly being at the White House is that everyone coming there is intimidated, they're nervous, they're excited. But they also don't really know what to expect, and it became so much easier for our guests if we made the first move. And there were so many times when we would watch people arrive on the state floor, particularly if it was their first time to the White House, and they look around and they realize that they share this common heritage as Americans with all the people who've lived in that house, and it becomes very emotional for them and they get very happy. It's also a little volatile because people are exuberant, but the social secretaries are there to smooth and soothe.

On White House guests who overindulged

Bernard: That was, unfortunately — I don't want to say common — but not terribly unusual at holiday parties. ... [At the White House], there's one eggnog that is non-alcoholic and then there's the other eggnog that is strong as can be. And [President Obama] ... when he made remarks, would say, "Be careful of the eggnog. It'll hit you hard later." And sure enough, there would be someone that it would hit them, and all of a sudden, they start to feel sick, and they don't want to get sick on someone, so the natural reaction was to aim for one of the Christmas trees. So we would talk about which trees were the most likely to get hit. And, you know, the only thing we could do is kind of play with it. 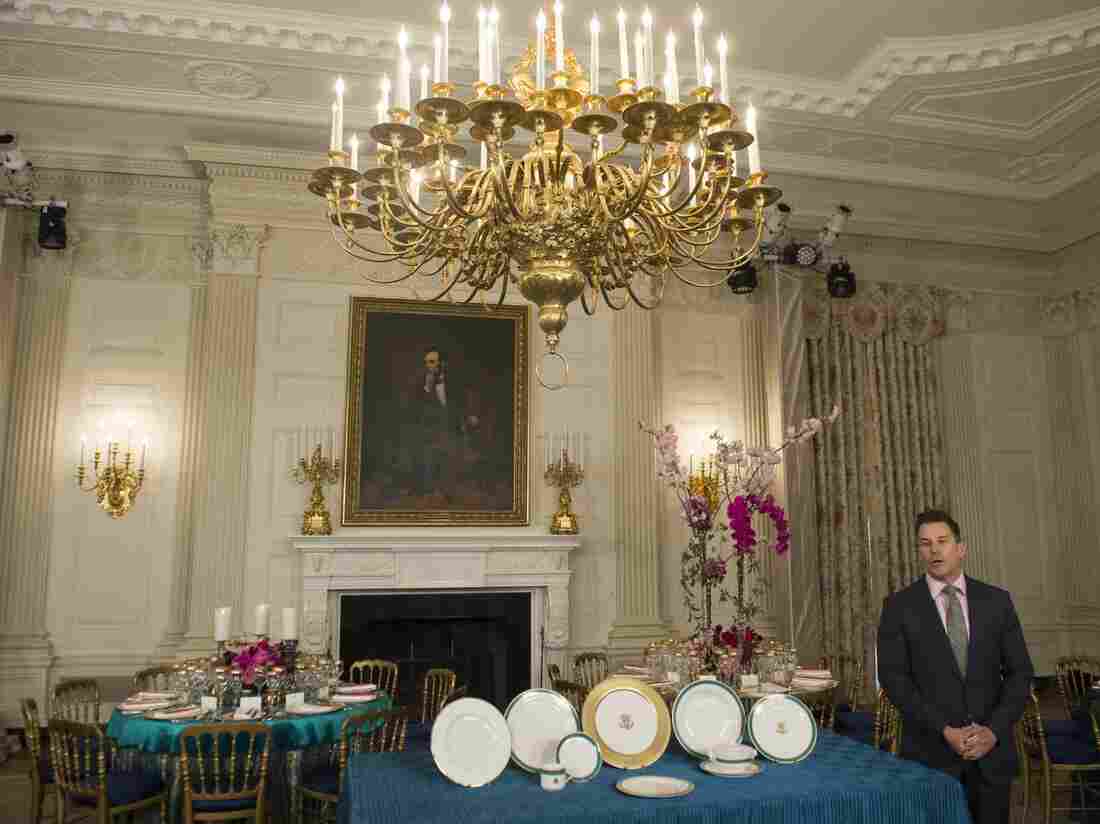 Jeremy Bernard speaks about the Japanese state dinner in the State Dining Room of the White House in 2015, on the eve of the dinner. Saul Loeb/AFP/Getty Images hide caption 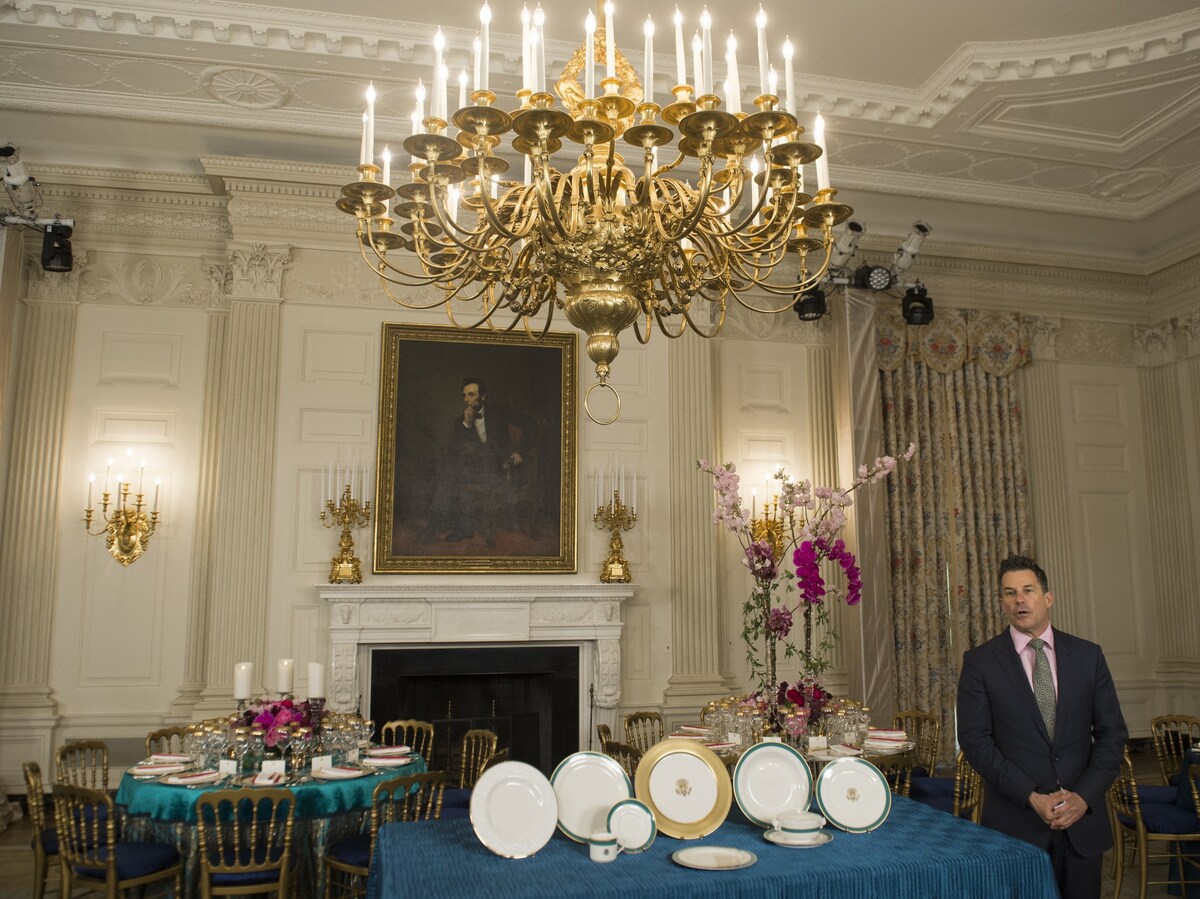 Jeremy Bernard speaks about the Japanese state dinner in the State Dining Room of the White House in 2015, on the eve of the dinner.

On Berman's first advice to Bernard

Berman: I told him not to do any outdoor events without a backup, and he ignored me. ... He was lucky — it all worked out.

Bernard: That was the Germany state dinner, my first state dinner ... a high stakes one. I was young and foolish. But I remember thinking, "If this goes wrong, I will be the shortest term social secretary ever." And I looked at the gate, and I thought, "That's the gate I'll go running out of." ...

My main advice [to my successor] was to keep it low key. It's not about you, and you never want to do anything that will embarrass the president or first lady.

Fatma Tanis and Emily Kopp produced and edited this interview for broadcast. Sydnee Monday adapted it for the Web.