Accessibility links
Posthumously Published 'Sea Maiden' Affirms Denis Johnson's Eternal Voice A new collection features five stand-alone stories by Johnson, who died in 2017. Critic Maureen Corrigan says The Largesse of the Sea Maiden is "the kind of work every writer would like to go out on." 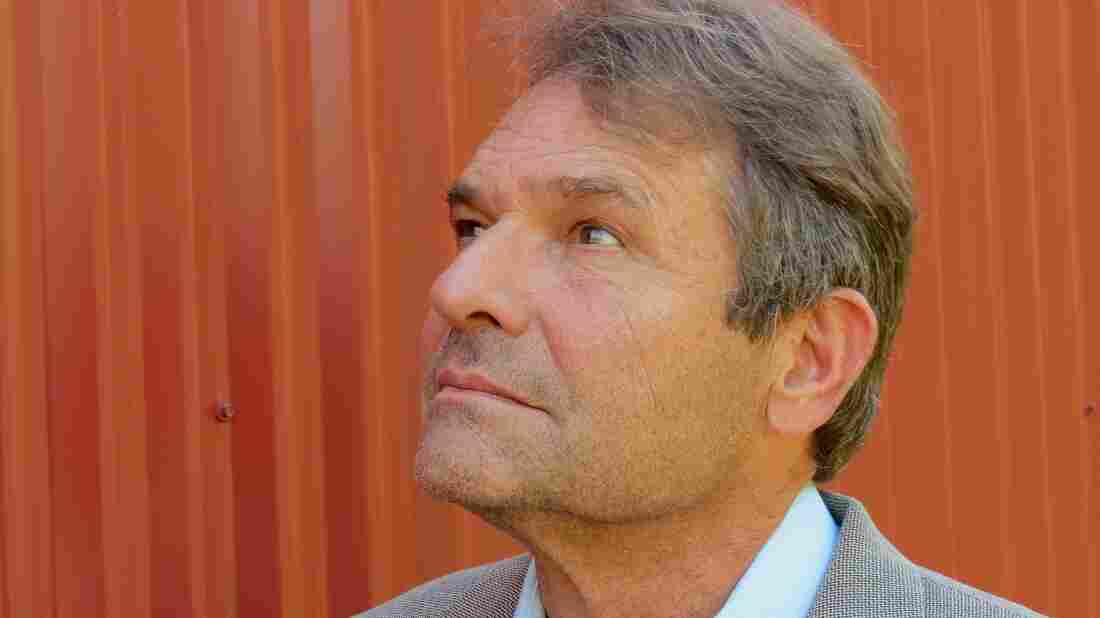 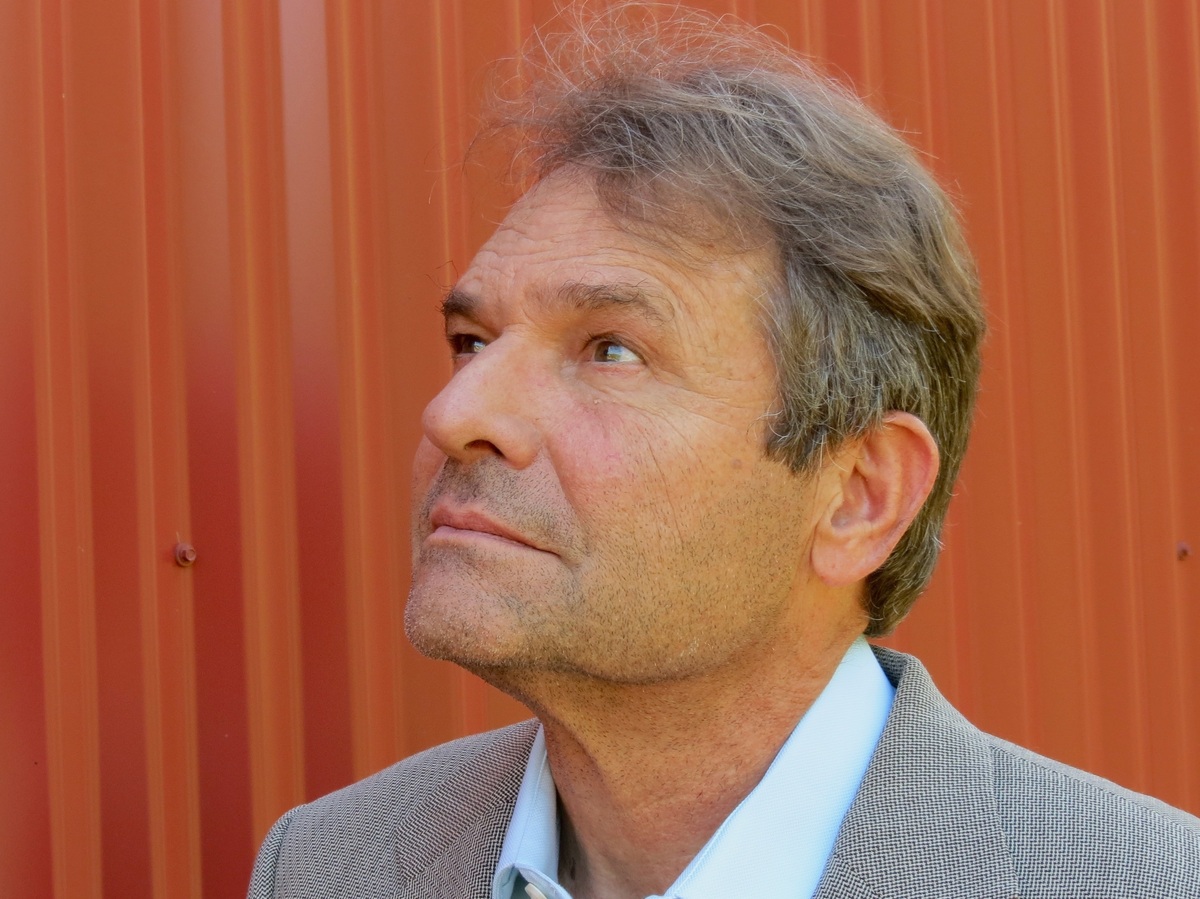 Author Denis Johnson, pictured here in 2013, died in May of 2017. The new posthumously published collection, The Largesse of the Sea Maiden, features five of Johnson's short stories.

Denis Johnson's posthumous short story collection, The Largesse of the Sea Maiden, is full of last calls to his readers signaling, "Hurry up please, it's time." Take these eerie sentences spoken by the narrator of a story called "Triumph Over the Grave":

It's plain to you that at the time I write this, I'm not dead. But maybe by the time you read it.

Of course, those sentences leap off the page because Johnson himself is now dead, carried off by liver cancer in May of 2017 at the age of 67.

Johnson always named Walt Whitman as one of his core influences and you can hear Whitman throughout this whole collection. Like those direct addresses to his future readers that Whitman scatters throughout Leaves of Grass, Johnson, in these stories, anticipates talking across the abyss that separates the quick from the dead.

In his gritty way, Johnson was a believer in transcendence. His 1992 collection of linked short stories, Jesus' Son, which many critics and readers have anointed as his masterpiece, is about junkies and losers, crashing their way along American highways, searching for redemption and finding it — sort of.

The five stories in this new collection are stand-alones, but they all share an explicit awareness that Death is in the neighborhood. Most of these stories are terrific, and two — the first and the last — are out-of-this-world. 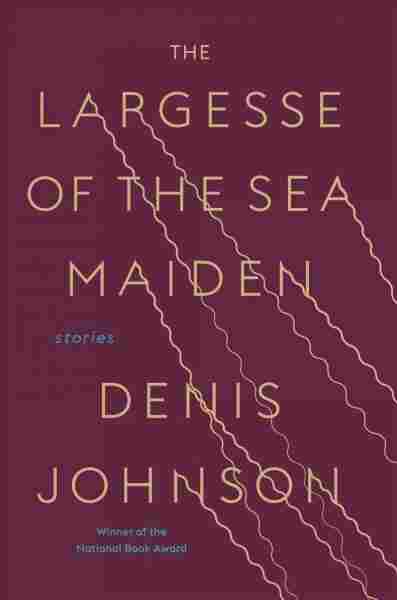 The Largesse of the Sea Maiden

I say this not out of deference to the recently deceased, but in awe. When Johnson wrote at reckless full force, his sentences and storylines blasted barriers, discovering those odd places where, as one of his narrators here says, "the Mystery winks at you."

That line comes from the title story, "The Largesse of the Sea Maiden," which is one of those out-of-this-world achievements. In summary, it sounds almost John Cheever-esque: Our narrator — a melancholy, unnamed ad man in his 60s — wonders what his life has been all about, as friends around him begin to die off.

But that summary gives the wrong impression: It's too pat and it doesn't convey the peculiar tone of the narrator's life review. He's bemused, compassionate and terrified. After all, he's old enough to know the unexpected is always crouched and ready to pounce, and Johnson's writing style affirms this truth. Here's a sampling from the opening paragraph, which begins by describing a mundane dinner party and the conversation that follows:

After dinner, nobody went home right away. I think we'd enjoyed the meal so much we hoped Elaine would serve us the whole thing all over again. ... We sat around in the living room describing the loudest sounds we'd ever heard. One said it was his wife's voice when she told him she didn't love him anymore and wanted a divorce.

That conversation veers way off road, as does the plot. Johnson's images, as you'd expect from a writer who published three collections of poetry, are also distinctive and charged. For instance, in "Triumph Over the Grave," an old writer's fingers are described as, looking "like eight dancer's legs clothed in droopy stockings of flesh, marching and kicking around the tabletop in front of him."

Throughout his career, Johnson was also praised for his range: He could do elegy and comedy, magical realism and even Westerns, like his brilliant novella Train Dreams. In the final story here — the other out-of-this-world achievement, called, "Doppelgänger, Poltergeist," — Johnson swirls Elvis conspiracy theories into a witty academic farce tale. The result is something I never saw coming: a powerful and poignant tribute to the human impulse to deny death.

The Largesse of The Sea Maiden contains the kind of work every writer would like to go out on: fresh, profound and singular. It affirms literature's promise to believers, the gift of eternal voice.