Accessibility links
For The Men #MeToo Has Toppled, Redemption Will Take More Than An Apology Some see restorative justice as a way forward. But it takes courage to hold yourself accountable, and the men called out by the #MeToo movement might not be there yet. 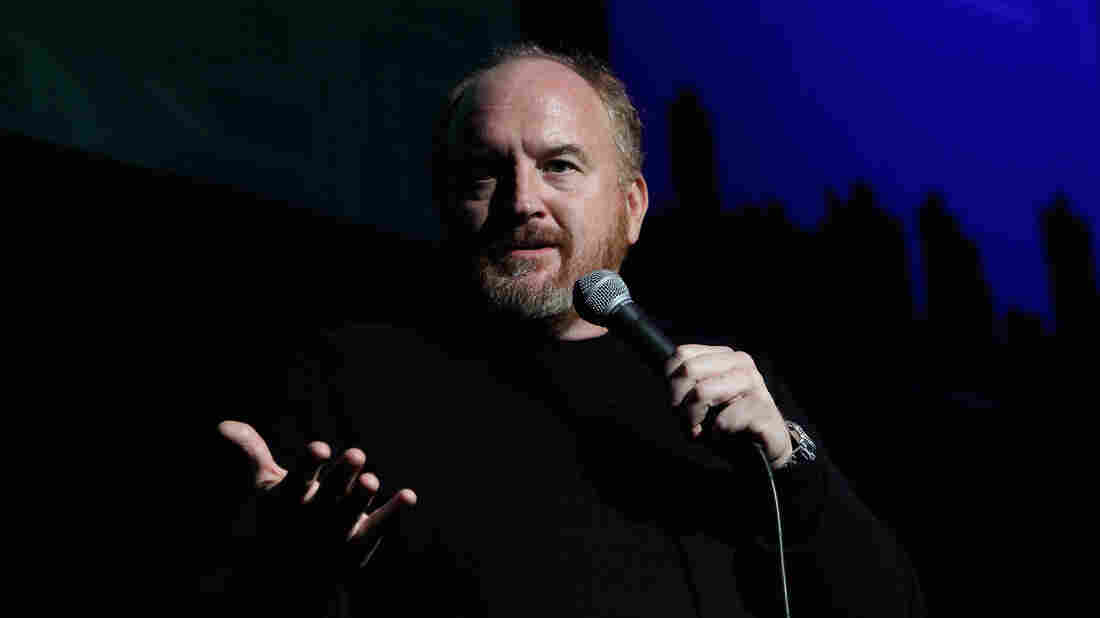 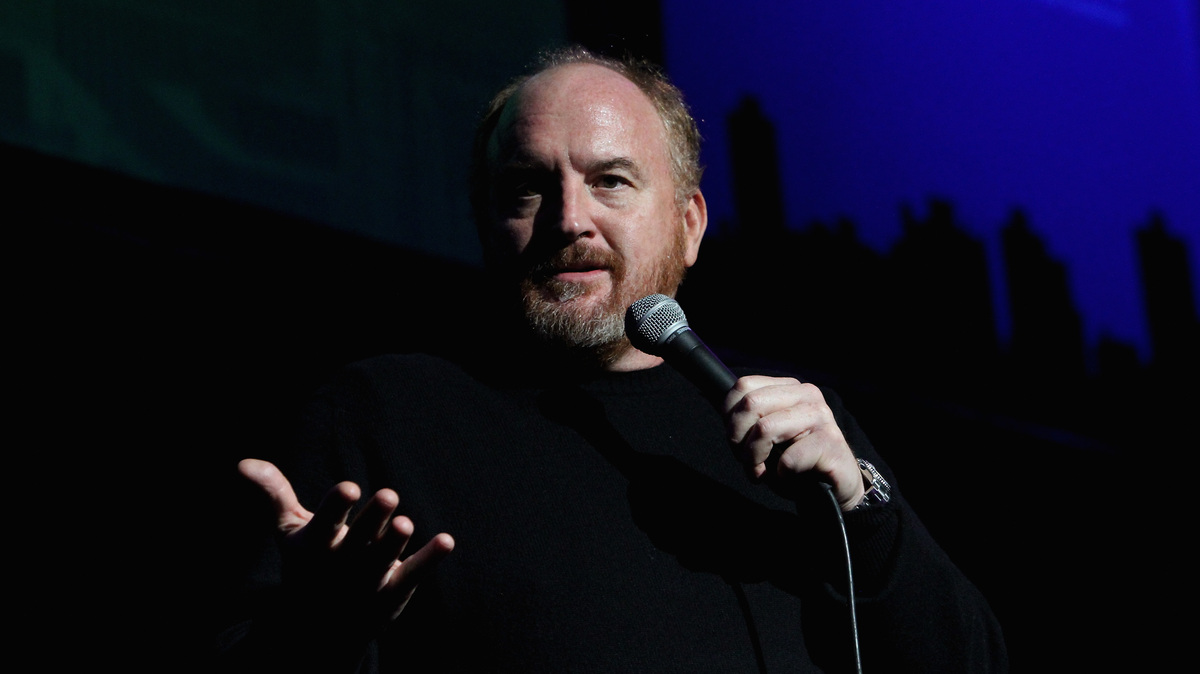 Dozens of powerful men, including two at NPR, have lost their jobs and reputations in the cultural reckoning that is the #MeToo movement. Clearly, there's tremendous momentum behind it, but where does it go from here? Do those men have a shot at redemption?

For those who can afford it, redemption can be a legal process. Los Angeles attorney Andrew Brettler represents several men accused of sexual misconduct. He says, these days, such allegations are "just as bad and damaging as a conviction."

Brettler says, in some cases, the best response may be to lie low. "Sometimes the best defense is to not do anything, is to accept the punishment or whatever decision it is that the company made and stay quiet and better yourself as a person. Make whatever apologies need to be made, privately."

Like Brettler, Hanna Stotland spends a lot of time helping people accused of sexual misconduct. She's a college admissions counselor, and many of her clients are men who've either been expelled from or left universities because of sexual misconduct allegations. "A big part of what I do is help them decide what's the right framework for them to talk about it," Stotland says. "This is a narrative of their crisis and recovery."

She explains some of the reasons sexual misconduct allegations can affect a college application: "The first is that they're scary; nobody wants to bring a predator into their community. A second reason is that there's a perception ... that this sort of misconduct as compared to any other kind of misconduct ... has to do with something fundamentally, unchangeably wrong with you. And whether that's true or not, it's something that everybody who's accused of this particular set of misbehavior has to cope with."

For Stotland's students, it's about finding a university with "sympathetic ears." Sometimes, that takes years, but so far all the students Stotland has worked with have been able to graduate. "It's quite an odyssey," she says, "but if you get everything else right, you can come back from this."

But she acknowledges an apology is only the beginning. After all, it was after C.K. confessed that companies severed ties with him.

Toronto-based filmmaker Attiya Khan has spent years helping victims of domestic abuse. She's concerned that when a person is fired for sexual misconduct, they become someone else's problem, rather than being part of a solution. "We're getting rid of somebody, but then where do they go?" she asks.

Khan herself is a survivor of domestic violence. When she was a teenager, she had a physically abusive boyfriend. She says, "I had been coping with the trauma from his abuse for over 20 years, and so I thought that maybe it was possible that he still carried, you know, some of the weight of what he did to me. And I really wanted to hear about that. But I also, more importantly, I really wanted the opportunity to tell him exactly what he did to me in detail."

Khan asked her ex-boyfriend if he'd be willing to sit down with her and a therapist and let her film their conversations. He agreed, and she included those videos in her 2017 film, A Better Man. The film shows Khan sitting next to her abuser, who she refers to only as Steve, and telling her story to a therapist in excruciating detail.

"I remember being dragged to the bed and, you know, hit more," she says in the film.

"How do you mean 'hit'?" the therapist asks.

To have him listen to me was almost the most important thing for me. And it was part of him being accountable and taking responsibility. It was so satisfying ... to have the person who hurt you sit there and listen to you and not blame you for it and admit to what they did ...

Khan says those conversations were a critical part of her healing process. "To have him listen to me was almost the most important thing for me. And it was part of him being accountable and taking responsibility. It was so satisfying ... to have the person who hurt you sit there and listen to you and not blame you for it and admit to what they did, and to remember some of the abuse. Even though Steve didn't remember a lot of it in our first conversations, he started to remember."

It's a process known as restorative justice, when victims and offenders come together, with mediation, to repair the harm that's been done. And writer Stephanie Cassatly thinks about it a lot. In 1980, Cassatly's mother was murdered while she was working as a cashier at a convenience store in New Orleans. Her mother's killer spent the rest of his life at Louisiana's Angola prison. But to Cassatly, sometimes it felt like she was also in prison.

"It was 20 years of me carrying around, you know, just this weight of revenge and accusations," she says. "And, you know, the crime had happened but it was like it kept happening to me over and over and over again. Until I took a much deeper look at what was going on in my life and what I could do to regain power."

Cassatly began to explore the possibility of forgiving her mother's killer. She says, "The thought of forgiveness to me felt like I was sort of giving up a limb, and then maybe I might regret it later, or that I was letting him off the hook."

... you need to make sure that the people who have been harmed want your apology. And you need to ask them, like, 'What else is it that you need from me? How can I help you heal after I've wronged you?' That's the part that's missing.

But as she learned more about restorative justice, her definition of forgiveness changed. She says, "My working definition, basically, for forgiveness is that it no longer wishes ill or seeks revenges on the person who hurt us, and that it basically untethers us from them and enables us to have a different future from the past." (Cassatly wrote a book about her experience called Notice of Release: A Daughter's Journey to Forgive Her Mother's Killer.)

When it comes to the #MeToo movement, Cassatly sees restorative justice as a possible way forward. "I think we're in the bomb-throwing stage of it still," she says. "We're not even sure where this is going, and I think it's going to take some time for us to get any resolution. And so what I'm realizing about a lot of these women is that they have to get their power back."

She and Attiya Khan agree that's going to take a very long time. Khan says, "A lot of men who have harmed women are coming forward very quickly after its becoming public that they've hurt someone, and they're saying sorry. It needs to be more than that, and you need to make sure that the people who have been harmed want your apology. And you need to ask them, like, 'What else is it that you need from me? How can I help you heal after I've wronged you?' That's the part that's missing."

The men called out by the #MeToo movement might not be there yet. After all, it takes courage to be held accountable.

Rose Friedman and Andrew Limbong edited and produced this story for broadcast. Nicole Cohen adapted it for the Web.