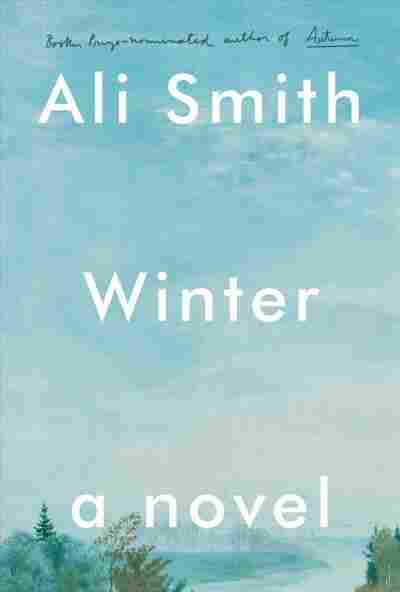 Ali Smith is flat-out brilliant, and she's on fire these days. Writing in the heat of outrage following England's divisive Brexit vote, she opened a seasonal quartet of novels last year with Autumn, a moving requiem for an unusual friendship between two unlikely kindred spirits, a young art historian and her singularly cultivated old neighbor, whose waning days coincide with an alarming erosion of civility and compassion in the not-so-United Kingdom. Deservedly, Autumn landed on the Booker Prize shortlist.

Winter follows on the heels of Autumn — naturally. But aside from an exquisitely subtle link, the two books share concerns rather than characters or storylines and can be read separately. Their point of connection, so understated it's easy to miss, demonstrates yet again Smith's skill at revealing surprising relationships between seemingly disparate narrative threads, as she did so masterfully in How to Be Both. This latest bit of literary legerdemain certainly heightens our curiosity about the next two installments of her quartet.

Like winters tempered by climate change, this second volume gets off to a somewhat dilatory start. There's a rambling soliloquy on ghosts and everything that's dead: God, romance, chivalry, society, the welfare state, hope — you get the idea. There's also an old lady who's either losing her vision or her mind, obsessed with a baffling disembodied head that's bouncing around her enormous, barely furnished house in Cornwall. Yes, it's weird, but hang in there: You can trust Smith to snow us once again with her uncanny ability to combine brainy playfulness with depth, topicality with timelessness, and complexity with accessibility while delivering an impassioned defense of human decency and art.

In a nutshell, Winter is about a family riven by conflicting moral visions, which come to a head during a particularly ghastly Christmas gathering. Two sisters have followed starkly different paths through life. Their surname, Cleve, aptly suggests the homonym cleave, which encompasses both the profound differences that split them apart and the shared childhood memories that cause them to cling to each other despite their incompatible worldviews.

The elder sister, Iris, is a lifelong protester who has devoted her life to one urgent cause after another — nuclear proliferation, poisonous chemicals, the current refugee crisis in Greece. Her younger sister, Sophia, is an unrepentant capitalist, an entrepreneur who's staked her whole existence on her work, sacrificing everything to it, including the love of her life and closeness with her only child. By the time we meet her, Sophia's Make Do shops, which sold heavily marked-up imports, have gone bust. "It seems you had nothing to lose but your chainstores," Iris snaps, with typical Smith wit. Without quite understanding why, Sophia's son, Arthur, has felt pulled between his mother and long-estranged aunt his whole life.

On the Christmas in question, "a bright sunny post-millennial global-warming Christmas Eve morning," Arthur is expected to bring Charlotte, his girlfriend of three years, to meet his mother, who has retired to Cornwall. But Charlotte, with "her endless hurt and fury at the world's sadnesses," has just left him, enraged by his indifference to Brexit and the fate of immigrants in England, and by Art in Nature, his "irrelevant reactionary unpolitical blog," which she has commandeered. With his life in meltdown, Arthur's absurd immediate concern is finding a stand-in homecoming queen.

You can trust Smith to snow us once again with her uncanny ability to combine brainy playfulness with depth, topicality with timelessness, and complexity with accessibility.

Enter Lux, a waifish, heavily pierced girl he meets at a bus stop, who agrees to pretend to be Charlotte for three days in exchange for 1,000 pounds — a bargain, as it turns out. Lux, an impoverished student and immigrant who may not be allowed to stay in England, shines bright among the many wonderful outsiders that populate Smith's fiction.

Channeling the structure and tone of a zany English country house drama, the core narrative progresses from Christmas Eve through Boxing Day. Midnight church bells peal repeatedly to ring in the ghosts of Christmases past — Sophia's haunting memories — going all the way back to 1961.

Like Autumn, Winter is underpinned by Dickens and Shakespeare and heated debates about immigrants, art, and ecology. The novel encompasses "real things really happening in the real world," with digs at the new American president and references to last January's post-inaugural Women's March and the Grenfell Towers fire. (Surely, the #MeToo movement will surface in Spring.)

Once again, Smith has balanced darkness with light, bleakness with hope. These may be the "Darkest days ever," but there's also a funny flock of ardent birdwatchers tracking a Canada warbler in Cornwall because of a ridiculous internet post. Nicknames — Art, Ire, and Soph — provide plenty of opportunity for wordplay, with the latter referring at different times to philosophy or thin dough (filo), depending on angry Iris's level of irritation at her sister. Through it all, Smith reassures us about the salubrious thawing effect of genuine human connection: "That's what winter is: an exercise in remembering how to still yourself then how to come pliantly back to life again."