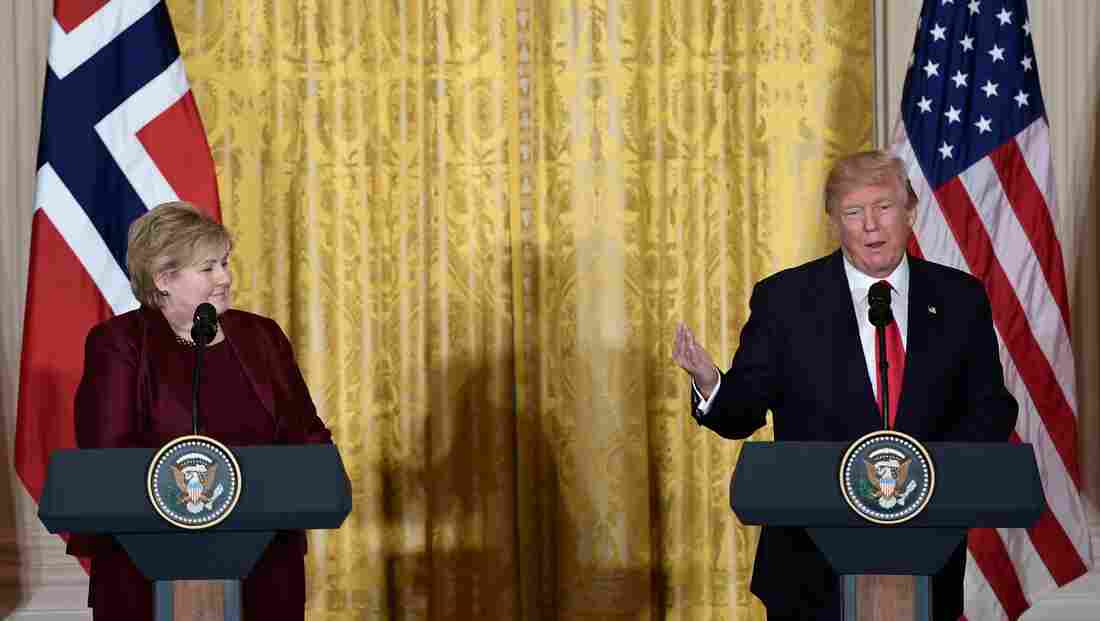 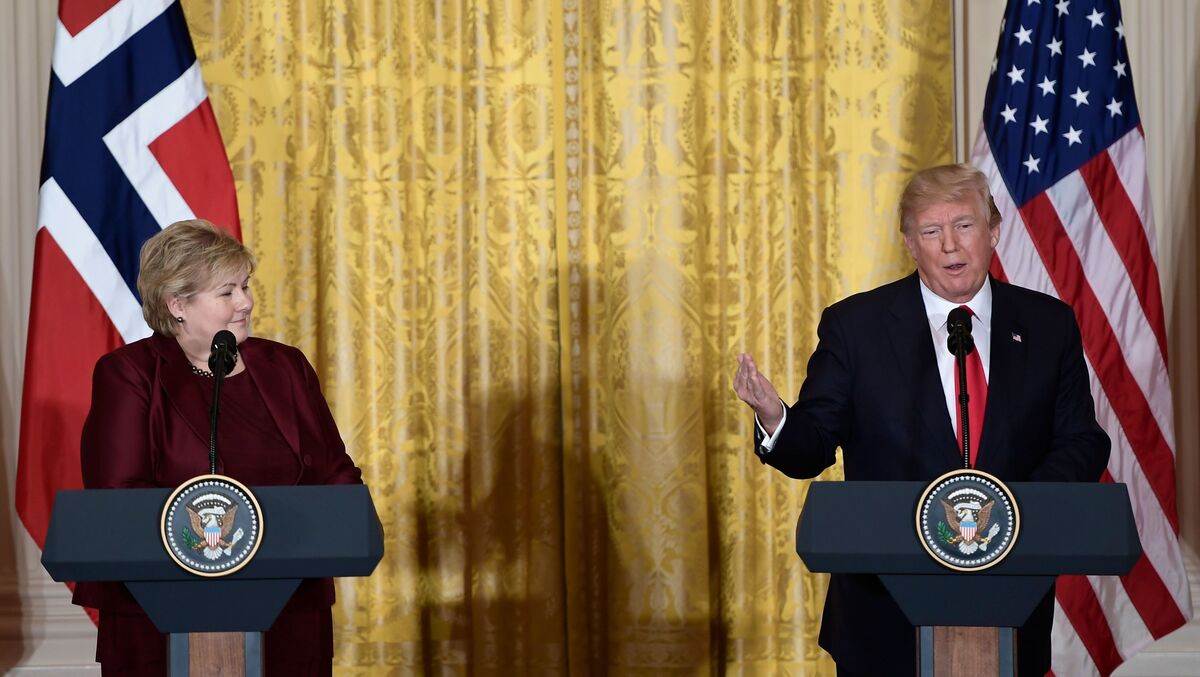 President Trump speaks during a news conference with Norwegian Prime Minister Erna Solberg at the White House on Wednesday.

President Trump refused to say Wednesday whether he would grant an interview to special counsel Robert Mueller, who is probing Russian interference in the 2016 presidential election and possible ties between the Trump campaign and the Russians who attacked that election.

"Certainly I'll see what happens," Trump said. "But when they have no collusion, and nobody's found any collusion at any level, it seems unlikely that you'd even have an interview."

"It's a Democrat hoax that was brought up as an excuse for losing an election," Trump said. "I'll speak to attorneys. I can only say this: There was absolutely no collusion. Everybody knows it."

The White House has declined to confirm reports that Mueller plans to seek an interview with the president, although a spokeswoman has said the White House is cooperating fully with the special counsel's investigation.

Trump also reiterated his insistence that any legislative deal to protect young people living in the U.S. illegally from deportation must include funds for border security, including his controversial border wall.

"Any solution has to include the wall because without the wall it all doesn't work," Trump said.

Republican and Democratic lawmakers have been trying to forge a compromise that would offer permanent protection from deportation for the so-called DREAMers, who were brought to the country illegally as children.

A deal, if reached, could be included as part of must-pass spending legislation later this month. Trump and his fellow Republicans also want that measure to increase military spending.

"We have a very, very powerful military. We're getting more powerful by the month, by the day," Trump said.

He encouraged Norway to increase its own military spending. Like other NATO allies, Norway has pledged to devote 2 percent of its total economy to defense.

"I believe Norway will get there quite soon," Trump said.

Trump said Norway's purchase of fighter jets and other U.S. military hardware contributes to America's trade surplus with that country.

"In November, we started delivering the first F-52s and F-35 fighter jets," Trump said. "It's a $10 billion order." (There is no such aircraft as the F-52. The president may have misspoken in referring to the order, which is for 52 of the F-35 fighters.)

"Norway is combating climate change. It's an important issue for us. And we are committed to the Paris Agreement," Solberg said. "The green economy is an area where we see tremendous economic and business opportunities in the future."

Trump has announced his intent to withdraw from the Paris Agreement, a source of friction with Norway and other allies. He insists the voluntary commitments in the Paris deal imposed an unfair burden on the United States, the world's No. 2 emitter of carbon pollution.

"The American economy is doing well and our economic relations are flourishing," Solberg said. "For a small country like Norway, it's important for our ability to trade and to invest across borders that we have fair trade and that we have multilateral trade systems also."

A previous version of this story misspelled George Papadopoulos' last name as Papadopolous.