Accessibility links
Trump Again Blasts Libel Laws, Calling Them As 'A Sham' The president's attack follows publication of a best-selling book that questions his fitness for office. 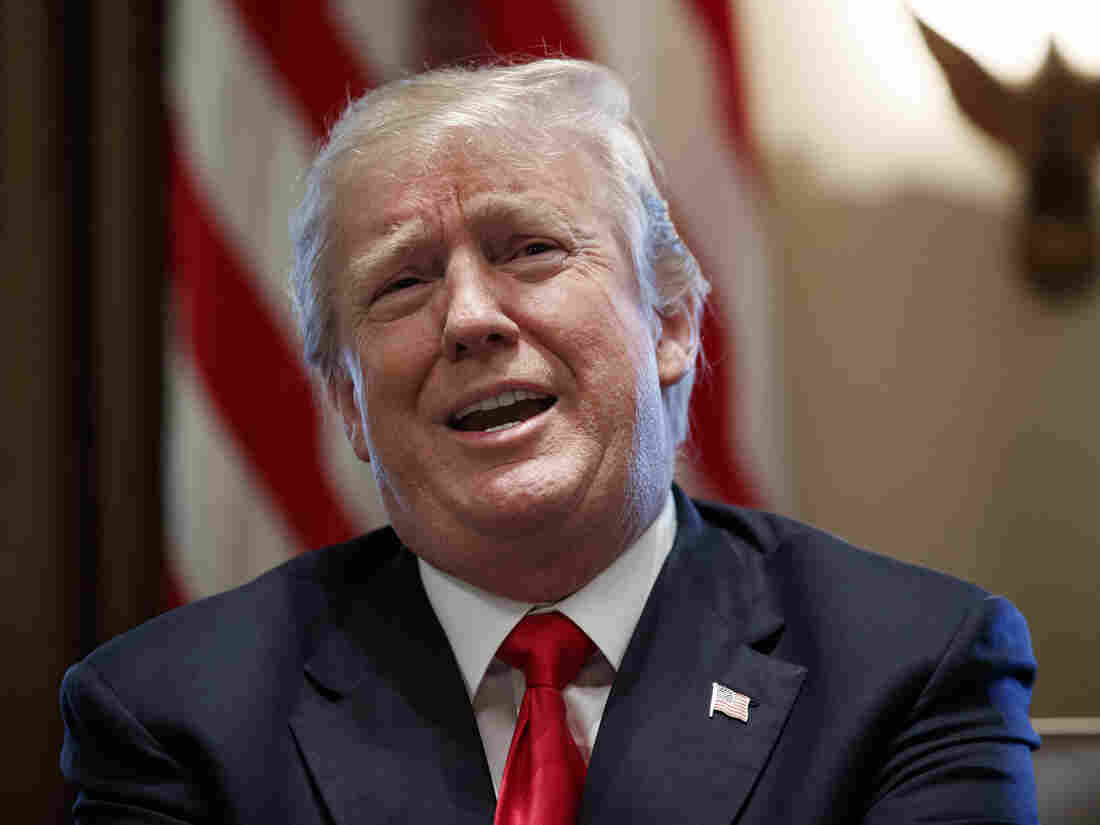 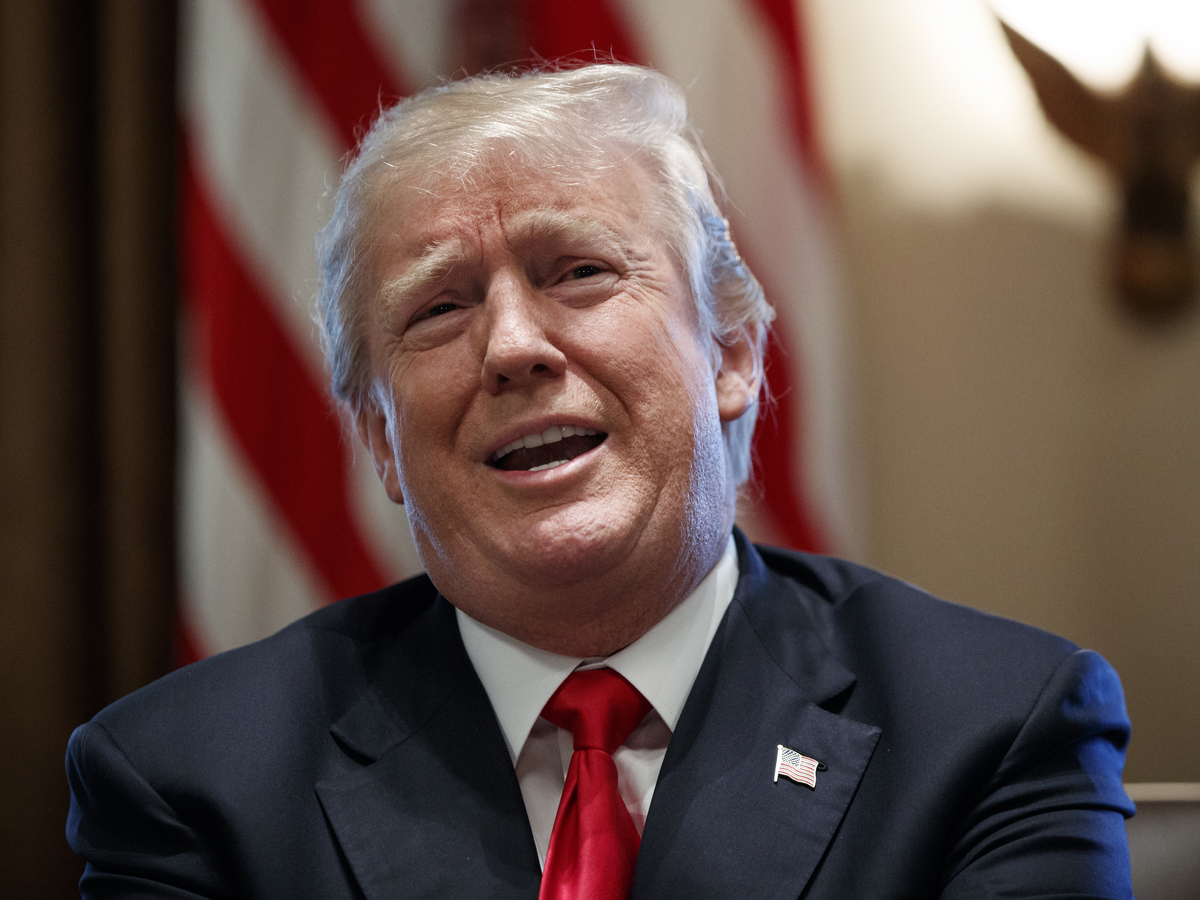 President Trump promised Wednesday to "take a strong look" at the country's libel laws, saying they are a "sham and a disgrace and do not represent American values and American fairness."

Trump made his comments at the beginning of a Cabinet meeting.

"You can't say things that are false, knowingly false, and be able to smile as money pours into your bank account," said Trump, a president who has made more than 2,000 false or misleading claims in just 355 days, The Washington Post reported Wednesday morning.

It's not clear what prompted the president's remarks, although the best-selling book Fire and Fury: Inside the Trump White House by Michael Wolff seems a likely trigger. The book quotes former advisers and others who paint an unflattering portrait of Trump and his fitness to be president.

You can't say things that are false, knowingly false, and be able to smile as money pours into your bank account.

Before the book's release, a lawyer for Trump sent a cease-and-desist letter to publisher Henry Holt & Co., demanding it be withheld from stores. In response, the company moved up the book's publication date and increased its print run.

On Tuesday, another of Trump's attorneys, Michael Cohen, filed a defamation suit against BuzzFeed for publishing the so-called Russia dossier and against the co-founder of a research company that compiled the report.

This is hardly the first time Trump has railed against libel laws, which as a matter of practice are made by the states and backed by a U.S. Supreme Court precedent that sets a high bar for public figures wanting to prove libel.

In a 1964 ruling in N.Y. Times Co. v. Sullivan, the court unanimously decided that a public figure has to prove an offending statement was made "with actual malice, that is with knowledge that it was false or with reckless disregard of whether it was false or not."

As NPR reported during the campaign, Trump wanted to "open up" libel laws, which he called "impotent." And he has tried suing writers in the past, including Timothy O'Brien, author of Trump Nation, the Art of Being the Donald, in which Trump sought damages of $5 billion. The case was dismissed.

In October, Trump also complained about press freedom during a meeting in the Oval Office with Canadian Prime Minister Justin Trudeau.

"It is frankly disgusting the way the press is able to write whatever they want to write," Trump said then. He was still irritated by an NBC News report that said Trump wanted to expand the U.S.'s nuclear arsenal by almost tenfold.

With all of the Fake News coming out of NBC and the Networks, at what point is it appropriate to challenge their License? Bad for country!

"This is not the first time President Trump has shaken his fist against our libel laws," said Suzanne Nossel, executive director of PEN America, which defends open expression. "In so doing, he is attacking the U.S. Constitution, which represents the gold standard worldwide in terms of protections for freedom of speech. Under the First Amendment people are free to denigrate and offend the president or anyone else, a freedom with which the president should be well-acquainted given his own penchant for insulting political opponents. While he can say what he wants, thankfully the president cannot change our laws, much less amend the Constitution."

Trump's criticism of libel laws followed an earlier tweet Wednesday, in which he attacked the courts, another check on his authority, for a ruling that went against his decision to end the DACA program. He claims the decision shows how "broken and unfair" the U.S. court system is.

It just shows everyone how broken and unfair our Court System is when the opposing side in a case (such as DACA) always runs to the 9th Circuit and almost always wins before being reversed by higher courts.

It's the latest example of Trump targeting U.S. institutions, be it the press, the courts or the FBI.

Trump routinely personally attacks members of the media, calls press he doesn't like "fake news," has previously gone after the judicial system as a "laughingstock" and a joke, and said the FBI was "tainted" and its "reputation is in tatters."