Accessibility links
Review: The Go! Team, 'Semicircle' On its fifth album, the English band crafts a rich and playful swirl of Technicolor overdrive, suitable for rowdy keggers, children's birthday parties and just about any celebration in between. 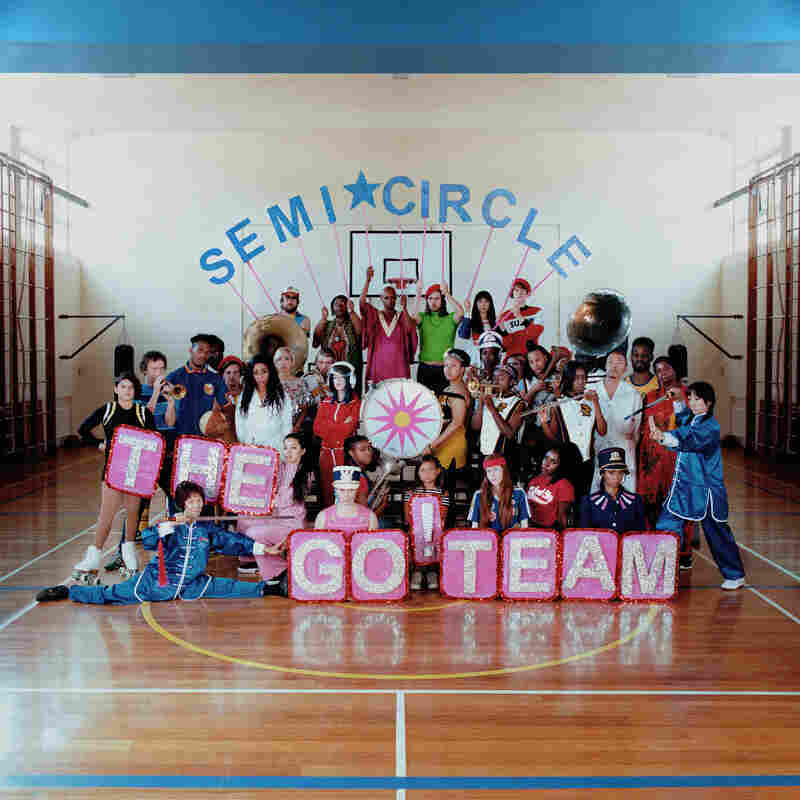 Since the turn of the century, the English band The Go! Team has trafficked in a kind of joyful overload, filling its records with everything from samples and guest singers to drumlines and raucous chants. Together, all those disparate ingredients swell together to form a rich and playful swirl of Technicolor overdrive, suitable for rowdy keggers, children's birthday parties and just about any celebration in between.

There's a ravenous quality to The Go! Team's sound, which mashes up as many eras and continents as bandleader Ian Parton can muster. For Semicircle, he traveled the American Midwest, gathering the voices of young musicians along the way, and assembled a full band to realize his visions. The result, as you might expect, sounds both familiar and reinvigorated, with springily kaleidoscopic arrangements that effervesce with appropriately childlike energy.

Conceptually, Semicircle draws on Parton's fascination with marching bands, whose whomp and clatter insinuate their way into many of these tracks. "Semicircle Song" combines the Detroit Youth Choir's effusive voices with steel drums and insistent horns; Parton recorded many of the instruments from a distance, all the better to re-create what you might hear at a parade or a football game. Throughout Semicircle, The Go! Team radiates youth and vitality — the abundant and hopeful sound of windows thrown open to let more light in.