Accessibility links
'The Commuter': Punching On The Metro-North Express Vera Farmiga choo-choo-chooses Liam Neeson for a deadly assignment in this everyone's-a-suspect thriller set on a commuter train.

'The Commuter': Punching On The Metro-North Express

'The Commuter': Punching On The Metro-North Express 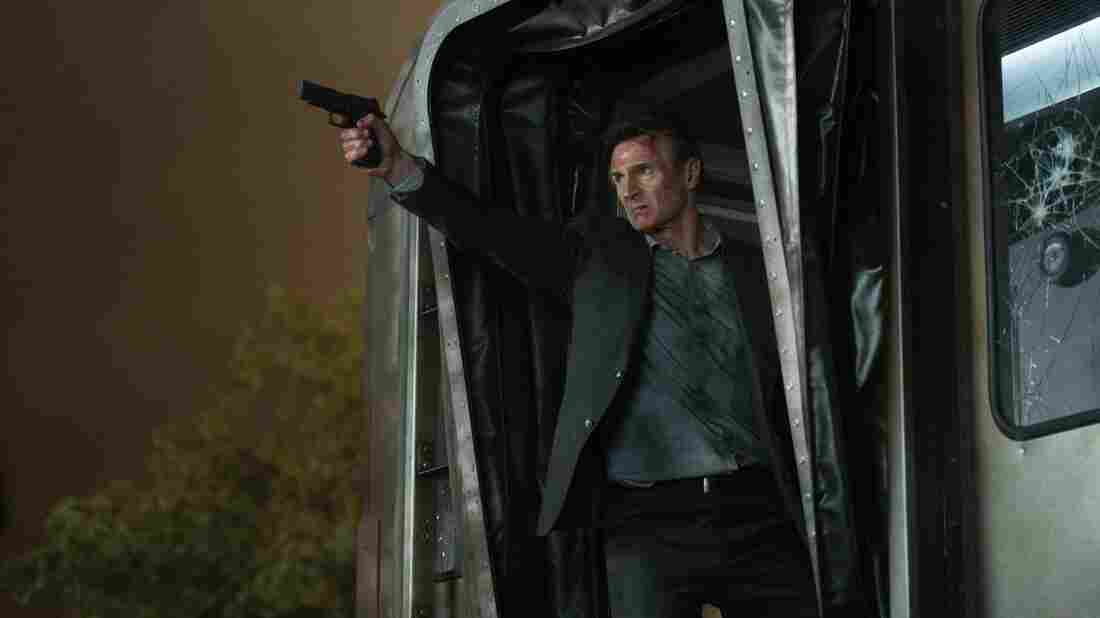 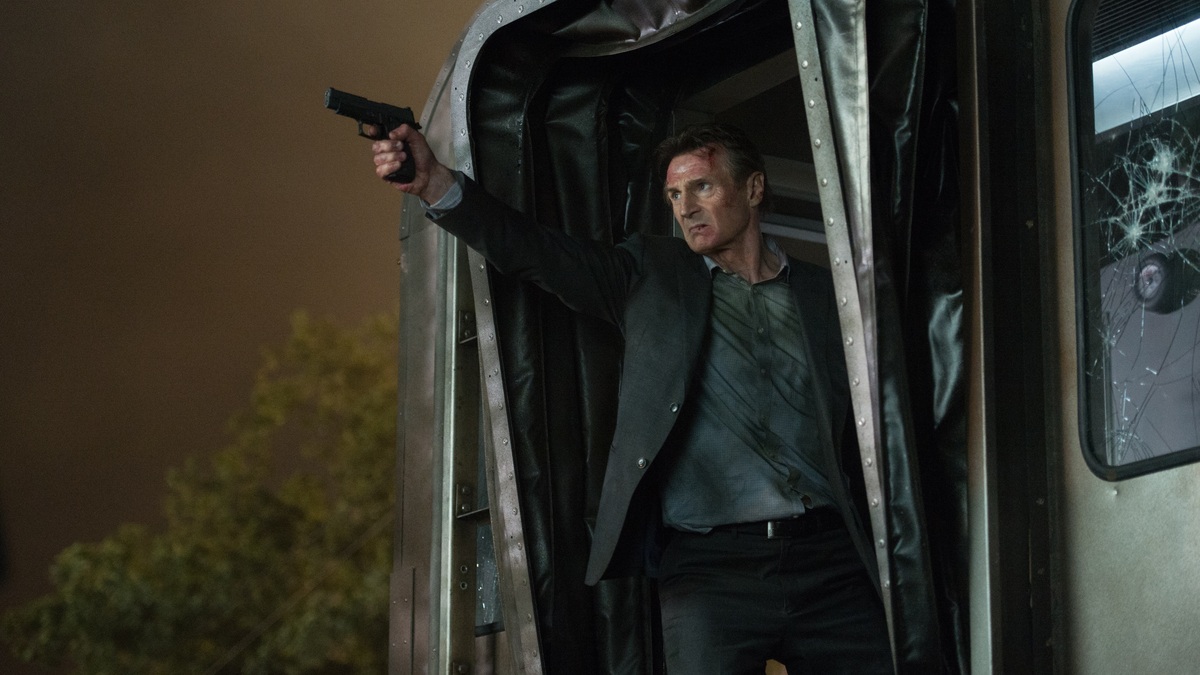 Liam Neeson has a very particular set of train timetables in The Commuter.

It's been a nearly a decade since Liam Neeson, already in his mid-50s and with a long and varied resume of film roles to his credit, switched, like Academy Award winner Nicolas Cage before him, into high-impact, low-ambition action flicks. He'll still show up for a Scorsese movie or a Lego Movie (and, one hopes, The Lego Scorsese Movie) now and then, but he has played more alcoholic/widowed/divorced/guilt-hobbled ex-cops or ex-killers at this point than Denzel Washington and Bruce Willis and Melissa McCarthy combined.

The Commuter, his fourth thriller with Catalan director Jaume Collet-Serra, is not officially a sequel to the pair's 2014 hit Non-Stop, though it may as well be: It replaces mayhem on a plane with mayhem on a train. In Non-Stop, Neeson was a New York cop turned alcoholic air marshal; this time, he's a New York cop turned ... desperate, debt-crippled insurance broker.

Death Wish of a Salesman, call it. Death of a Sales-Man on Fire. Except that 80 percent of the movie is set on the Metro-North Railroad's Hudson Line, so ... Scars on the Way to Scarsborough. Kills on the 6:04 to Peekskill. Neck-Breaks 'Til Breakneck Ridge.

On the day Neeson loses his job, a femme fatale played by Vera Farmiga accosts him on the train and offers him — hypothetically — $100,000 to figure out which of his fellow passengers is the droid she's looking for. Of course, this would be a unthrilling, inactive action-thriller if the hypothetical she proposed turned out in actual fact to be hypothetical. Farmiga is quickly revealed to have godlike powers of observation and an Old Testament God's taste for vengeance. And she commands an army of secret assassins-in-waiting, which makes it unlikely she would require the help of some long-in-the-tooth ex-cop at all. A decade after he walked away from The Job, his Very Particular Set of Skills appears to consist of persuading carefree, just-married millennials to lock in a low rate on a long-term-care policy. But when Farmiga makes the mistake of threatening his family to get him to play ball ... I mean, when has that ever worked?

So what Collet-Serra and screenwriters Byron Willinger and Philip de Blasi have come up with is part Murder on the Orient Express, part... well, there are lot of other parts. As in Non-Stop, they take delight in making us ascribe dark intentions to each of Neeson's unfamous fellow passengers in turn, and in convincing them that the one man who can save them all is in fact a violent lunatic.

Enough of what happens in the first hour sort of makes sense that one is inclined to forgive the fast-spinning, computer-animated ludicrousness of the second, especially since that second hour is considerate enough to last only 45 minutes. But the movie has a surreal, nightmarish quality that many dutifully coherent thrillers lack. So I'm putting a certain lack of concern for detail in the plus column. Even though the writers really invest in a few details, like the fact that Neeson's character has spent the past few years reading the great books as a way of trying to inspire his academically shaky but now college-bound son to do the same. (The great character actor Jonathan Banks plays a fellow bookworm who shares the ride with Neeson each day. His contributions to the picture are brief.)

There's something irreducibly inspired about setting an everyone's-a-suspect suspense film on a commuter train, that 10-time-a-week crucible of familiarity and alienation. Because the harried family man at The Commuter's center is played by Neeson, you keep expecting to learn that the wife and son we meet in the first scene were in fact killed four years ago in a train derailment or a freak spin-class accident. But nope, they're fine, and moreover, they're counting on him to replenish the college fund that got wiped out in the 2007-2008 meltdown. For a star who increasingly seems to choose his roles on the advice of his financial planner, there's a little bit of frisson here.

Collet-Serra remains a competent but not distinguished machinist, now confident to pay homage to more consequential pictures more openly: The Commuter has a big lift from Spartacus, and a little lift from Spielberg's terrific 2005 War of the Worlds. It won't have the kind of afterlife those movies have had, but it's good enough for an in-flight diversion. After all, you really don't want to watch Non-Stop on a plane.