Accessibility links
Big Tech Improvements To 911 System Raise The Risk Of More 'Swatting' These fake 911 calls designed to elicit a SWAT team response are raising concerns among law enforcement. Some worry changes coming to the 911 system could lead to more of the prank calls. 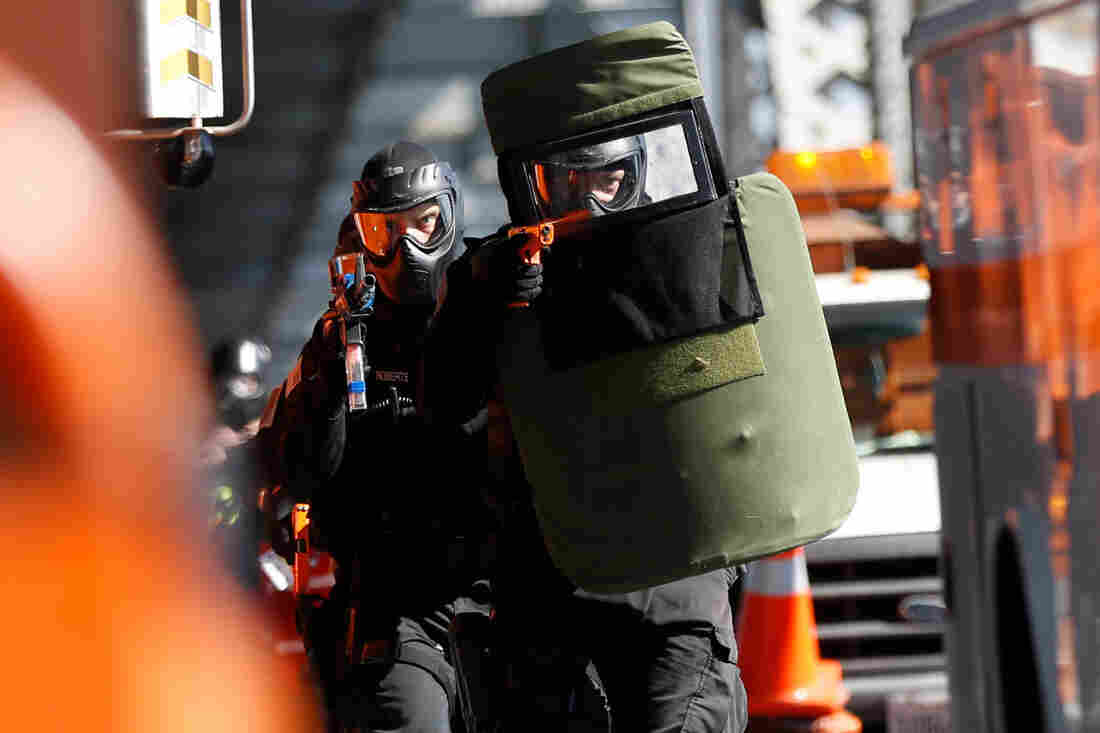 Members of the San Leandro Police Department SWAT Team during a planned training exercise in 2013. The FBI has been monitoring "swatting" — made-up crimes called in to 911 that are designed to get SWAT teams to deploy — for nearly 10 years. Stephen Lam/Reuters hide caption 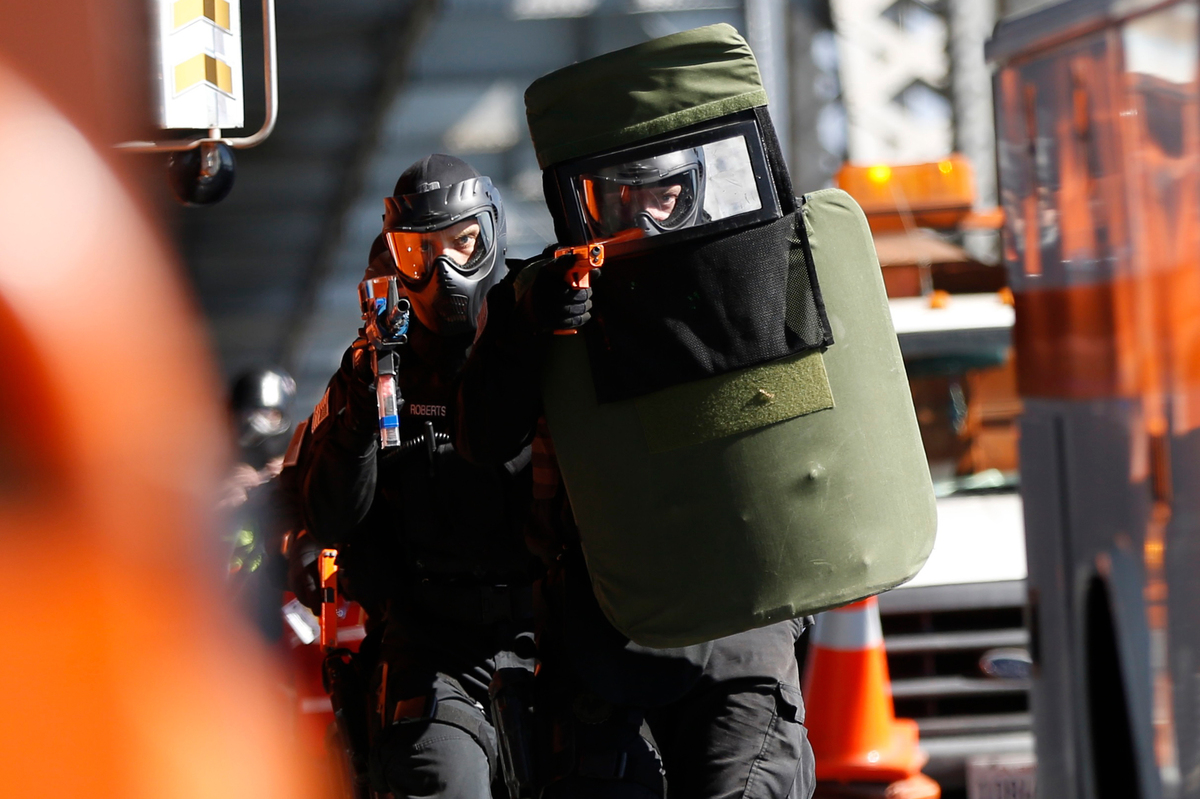 Members of the San Leandro Police Department SWAT Team during a planned training exercise in 2013. The FBI has been monitoring "swatting" — made-up crimes called in to 911 that are designed to get SWAT teams to deploy — for nearly 10 years.

There are more than 7,000 911 centers in the U.S. and, according to the National Emergency Number Association, they receive about 600,000 calls a day. Authorities don't track swatting calls nationally, though the FBI has been monitoring the practice of those types of fake calls for about a decade.

Now, police say revolutionary changes in the works for the system could make swatting an even bigger problem.

Detective Richard Wistocki, an Internet crimes investigator in Naperville, Ill., says what often drives them is people playing video games trying to get revenge on rivals.

"Usually when this happens they will hack into somebody's phone system or they'll do something through a TTY relay, which is for the deaf," he explains. They make it look like the emergency phone call is coming from the victim's home, which is what many believe happened in Wichita when a man made a hoax call to 911. That call led to an innocent man being shot and killed by police.

Now some big changes for 911 are in the works, new technology that's raised concerns about what it means for swatting. The current system — devised 50 years ago — hasn't seen much change over the years and is limited. People typically verbally describe emergencies on the phone. The new system, called Next Generation or NG 911, is based on the Internet instead of telephone technology. The change will allow people to send information to emergency call centers as if they are posting to social media.

"It gives us the ability to access 911 using the same voice, video, text and data applications that we're all used to using on smartphones today," says Trey Fogerty of NENA.

This is a big deal because a picture of an accident scene might definitely help emergency crews responding to that crisis. A text to the new 911 might also be useful during a home invasion or domestic violence situations.

But, the changes could also go awry.

"You could conceivably have a video that is fabricated and is sent into a 911 dispatch center that appears to be one thing when in fact it is something quite different," says Chuck Wexler, the head of the Police Executive Research Forum.

"Unfortunately, there's evil people out there that continue to do this and the more we embrace that technology the more risk we have," he says.

So spotting any red flags will be crucial. Police chiefs say dispatchers will have to become adept at quickly analyzing text and video. Designers are devising a way to mark suspicious video and text messages plus working to create a trustworthy alternative to today's caller ID, according to Fogerty.

"That would make it much more difficult for callers to fake or spoof a call from a local jurisdiction or from a phone number that looks like it's from that jurisdiction," Fogerty says.

The transition to NG 911 won't happen right away. It's expected to cost more than $10 billion to get everything running. Some areas have taken an interim step by allowing text messaging to call centers and, so far, 20 states have plans to adopt the new system. Police chiefs and emergency call center managers say there's still much to do to prevent any potential tragedies and missteps that could come with swatting and a new emergency calling system.