Accessibility links
How To Tumble With Care When It Gets Slippery Outside Sometimes you realize you're about to slip and fall, and there is nothing you can do to prevent it. But there is a right way to fall if you want to avoid really serious injury.

How To Tumble With Care When It Gets Slippery Outside

How To Tumble With Care When It Gets Slippery Outside 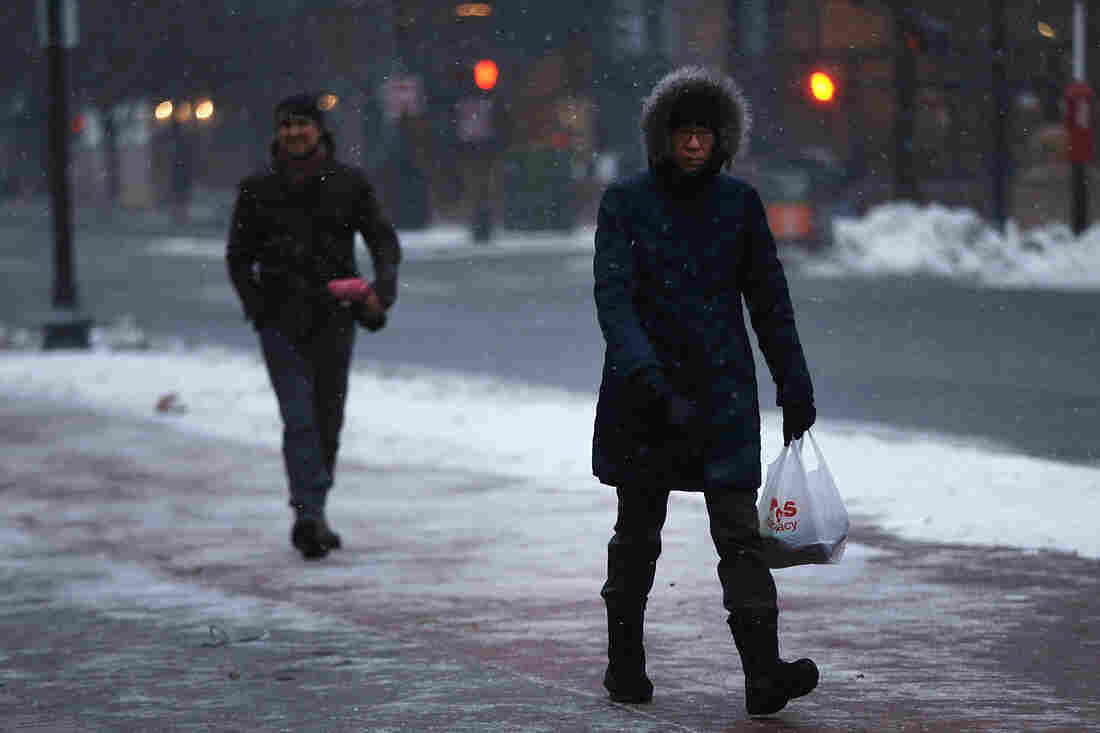 People walk through the empty streets of Boston as snow begins to fall last week. Sometimes there is no way to prevent a slip and fall on the ice, but there are things that can reduce your risk of serious injury. Spencer Platt/Getty Images hide caption 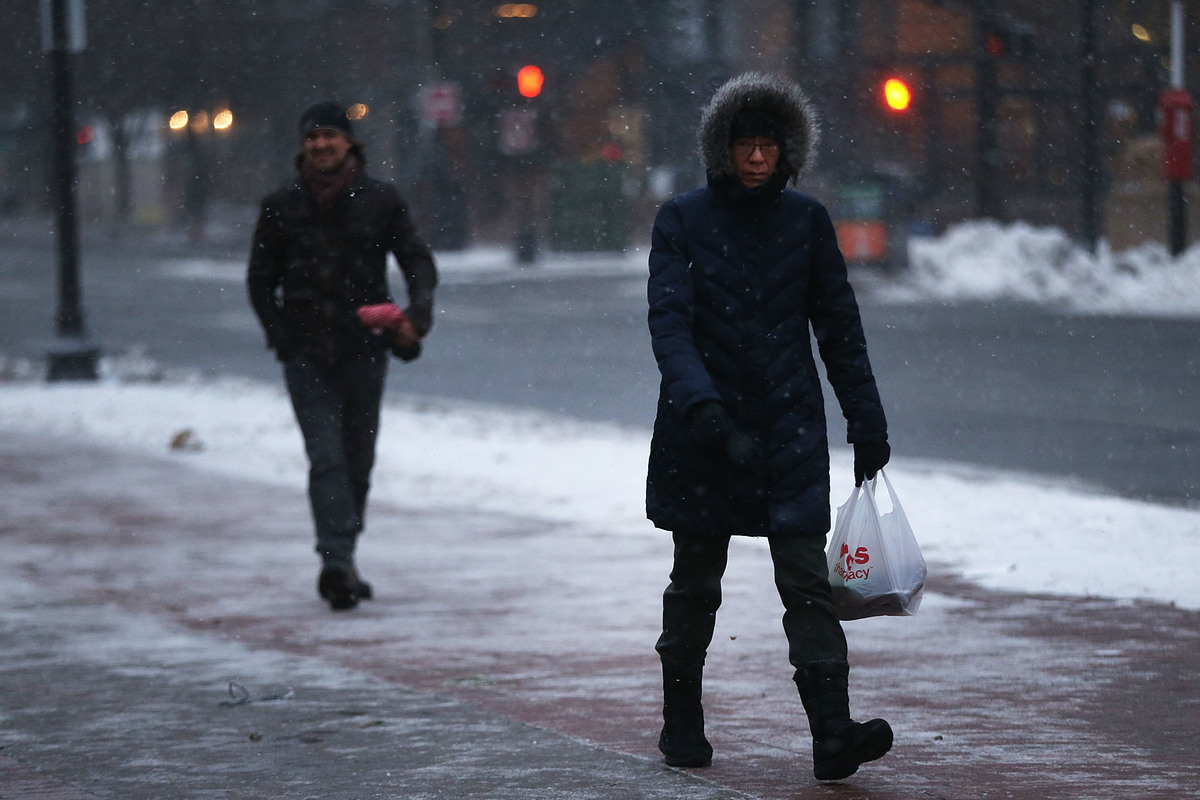 People walk through the empty streets of Boston as snow begins to fall last week. Sometimes there is no way to prevent a slip and fall on the ice, but there are things that can reduce your risk of serious injury.

It's that time of year when a simple walk down the street can be a treacherous undertaking because of the icy sidewalks.

Emergency rooms in the U.S. treat more people injured in falls than for any other kind of injury, according to the Agency for Healthcare Research and Quality. The agency estimates that falls account for more than a third of all injury-related ER visits. Even though most of those injuries happen to older people, falls happen at any age and can cause serious injury.

If you know you're about to slip and fall on the ice, there may be no way to prevent it, but there are things you can do reduce your risk of serious injury.

The key is to let it happen, says Kevin Inouye, a stuntman and assistant professor of acting, movement and stage combat at the University of Wyoming. He tells Here & Now's Robin Young that the fall should be a "controlled descent": Try to slow yourself down and aim to land on a fleshier part of your body — not a hip, knee or bone.

"If we reach out, the job of that hand or that foot is not to stop us right away. It's to steer and to decelerate," he says. "So we want to aim for something that's going to be a little bit softer. ... If we stop right away — whether that's by hitting a hip bone or a wrist or an elbow — it's going to be hard on the whole body."

Millions of people age 65 and older fall each year, and one out of five falls causes broken bones or a head injury, according the Centers for Disease Control and Prevention.

In some of the coldest parts of the country, fall injuries are more common during the winter because of ice and snow. The highest number of deaths from falls among residents age 65 and older occurred in Wisconsin and Minnesota in 2015, according to the AARP's map of fatal falls in the U.S.

Sometimes people take a tumble when they slip and their feet fly out from under them. In order to avoid head injuries, Inouye advises trying to land on your shoulders and tuck your chin to your chest.

"It ends up becoming more of a slap on that area, and the other important part there is to breathe out as you hit," he says. "Sometimes our instinct is to kind of suck air in and hold our breath when we're surprised by something or scared, and that can contribute to getting the wind knocked out of you."

When you fall forward, Inouye says that your instinct to reach out and try to stop yourself from eating the pavement can actually cause more serious injury. He says to lean in the opposite direction of your fall in order to slow down your descent.

"If we throw everything forward when we start to fall forward, we're actually accelerating into that, so ... if one foot is caught on something or is slipping back, I want to keep that foot back as far as possible because that also helps me counterbalance a little bit," he says, adding that you should avoid hitting the ground with your arm at a 90-degree angle.

Inouye also suggests doing some "preventative medicine" to avoid falling in the first place, such as taking smaller, flat-footed steps and keeping your hands out of your pockets. Those in better physical shape are also less likely to suffer from a serious injury.

"If you have a room full of soccer players and computer desk workers and go around knocking people over, you can bet the soccer players are going to be less likely to get hurt because of their superior strength, agility and coordination," Erik Moen, a physical therapist in Washington state, told The New York Times last year.

In the Netherlands, physical therapists are offering courses that teach older adults how to fall correctly. Inouye says not just seniors, but people of all ages, should learn these skills.

"It would be a great thing to have as a part of physical education in schools," he says. "These are useful life skills perhaps more than climbing rope or playing basketball."