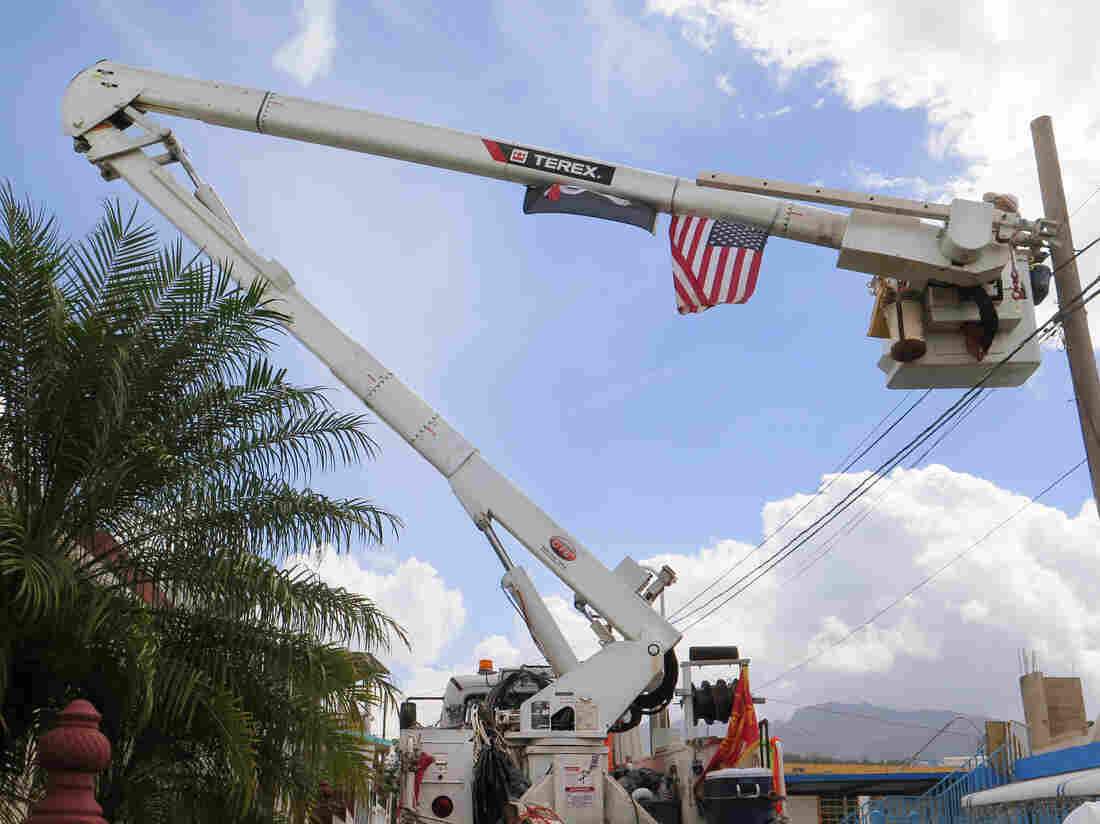 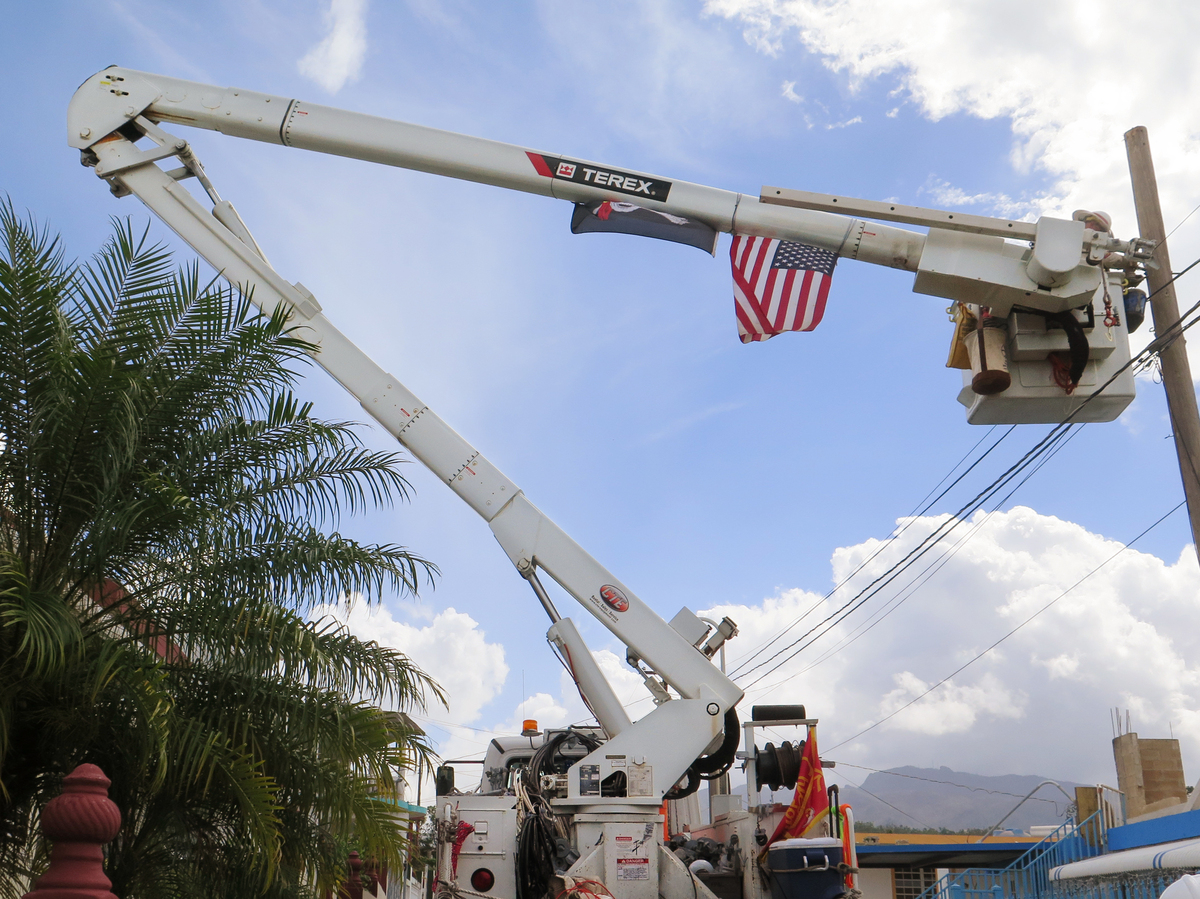 Army reservist Eric Elder, a lineman in civilian life, works with the Corps of Engineers to restore power in the hilly Rio Grande neighborhood east of San Juan.

On Saturday, employees of the Federal Emergency Management Agency and the U.S. Army Corps of Engineers entered the warehouse near San Juan, took possession of the materials and began distributing them to contractors working to rebuild the island's flattened power grid, according to a statement from the Army Corps. Details of the operation were first reported by The Intercept.

Among the materials found were transformers and metal sleeves that have been in short supply since Hurricane Maria devastated the island and its electrical grid in September.

"At a time when it is a priority to restore the power grid in Puerto Rico, I have ordered a legal analysis of this matter so that the people can have the details related to these materials and their storage," Rosselló said in a statement.

The governor said he asked the Justice Department to investigate whether the power utility, known as PREPA, broke any laws or was otherwise negligent in the way it procured or stored the materials.

When Will Power Come Back To Puerto Rico? Depends Who You Ask

In a statement to The Associated Press earlier this week, PREPA denied that it had withheld the materials in the warehouse, saying that it had previously provided supplies stored there to repair crews. The materials were purchased through government bonds, the agency said, meaning their distribution was subject to close oversight.

In its statement following Saturday's operation, the Army Corps said that "all items distributed from the warehouse were accounted for" so that FEMA could reimburse the power company for the seized materials.

News of the discovery threatened to further tarnish the image of the deeply embattled and bankrupt power utility, which has proven woefully incapable of handling the repairs to its grid. Not long after the storm, it issued a $300 million no-bid contract for rebuilding it to Whitefish Energy, a Montana-based company with just two employees on its payroll. Fierce public outcry eventually led the utility to cancel the contract.

But nearly four months after Hurricane Maria, close to 40 percent of the island's customers still do not have electricity, according to status.pr, a website that tracks the island's infrastructure.

Biology professor Miguel Sastre says the power at his home in Guaynabo was just restored Wednesday, he told NPR.

Sastre described the warehouse discovery as "a disgrace."

"Supplies were sitting there and authorities have been telling us that power restoration work is going slow because materials are hard to procure," he said.

The Army Corps of Engineers said that in an effort to accelerate repairs, more than 1,500 utility workers and support staff from utility companies across the U.S. will arrive in Puerto Rico in January. Contractors working with the Army Corps will bring an additional 1,000 people.