Accessibility links
'The Chi' Falls Short Of Giving The South Side Its Own 'Wire' Critic Eric Deggans has been waiting for a show that makes pop culture poetry out of Chicago's mostly black South Side neighborhoods — but The Chi doesn't quite hit the mark. 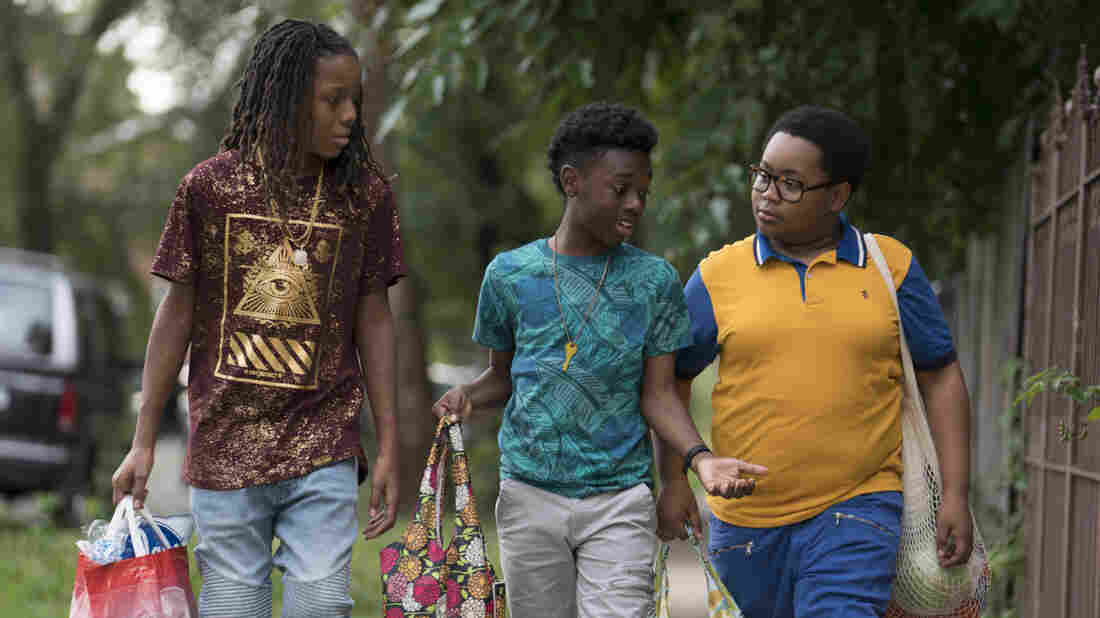 Michael Epps, Alex Hibbert and Shamon Brown Jr. play three boys who have to dodge gang violence on their way to school in The Chi. Parrish Lewis/Showtime hide caption 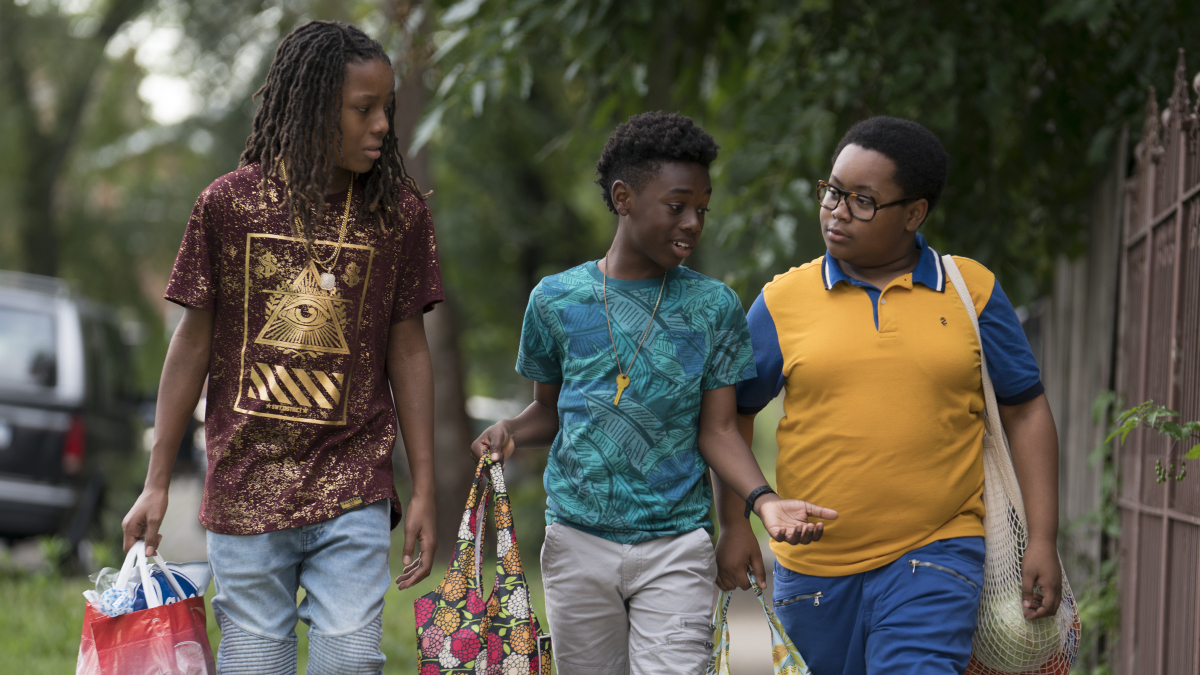 Michael Epps, Alex Hibbert and Shamon Brown Jr. play three boys who have to dodge gang violence on their way to school in The Chi.

As a child of Gary, Ind., I've waited years for a TV show or movie to intimately explore Chicago's poor, mostly black South Side neighborhoods — like The Wire did for West Baltimore and Boyz N The Hood did for South Central Los Angeles. I so wanted Showtime's The Chi, which debuts Sunday, to be that show in this moment, but the first four episodes I saw didn't quite hit the mark.

The action starts with Coogie (Jahking Guillory), a fresh-faced 16-year-old with huge hair. He's childlike enough to feed a stray dog, but savvy enough to barter with the owner of the local bodega for a lower price on his snack. Those particular scenes are what The Chi does best — humanize people in a place most of us only know from headlines and political rhetoric.

Coogie gets arrested because he was seen near a murder, and that leads to a fight between Coogie's older brother (Jason Mitchell), his brother's girlfriend (Tiffany Boone) and his abusive mom, played by The Wire alum Sonja Sohn. Soon, there's another murder in the neighborhood, and the characters are caught in a swirl of revenge, violence and regret as people avoid the police and seek justice on their own.

But that's only part of the story in The Chi. The show also has a plot about a trio of school boys — Papa (Shamon Brown Jr.), Jake (Michael Epps) and Kevin, who's played by Alex Hibbert from the Oscar-winning film Moonlight. In one scene, the boys explain what makes school so difficult.

"The worst thing about school is getting there," Kevin says.

"You got to know who run what block, what crew is beefing with your crew," Jake adds. "You might have to walk three or four blocks out of your way just to avoid the ops."

The Chi has an impressive pedigree. It was created by Chicago native Lena Waithe, the first black woman to win an Emmy for comedy writing, and Oscar-winning rapper Common (also from the Windy City) serves as an executive producer.

But this is a sprawling tale that takes a long time to get where it's going. I fear this Showtime series may be a victim of what I call "Netflix syndrome," where many of today's high-profile series take way too long to set up stories. It's also overshadowed by stories we've seen before, most notably on HBO's The Wire. That series made history a decade ago when it depicted an all-black neighborhood crippled by poverty and crime, and struggling with violence from an out-of-control, illegal drug trade.

The Chi needs to tell a story that stands apart from those familiar themes, and so far I haven't quite seen it. Television is waiting for a show that turns the South Side's unique struggle into groundbreaking pop culture poetry, but The Chi will have to raise its game a bit more to pull that off.