Accessibility links
President Donald Trump Had His First Physical Exam Since Taking Office The session might offer a rare public glimpse at Trump's health, who at age 70 when he was sworn in, holds the distinction of being the oldest president in U.S. history at the time of taking office. 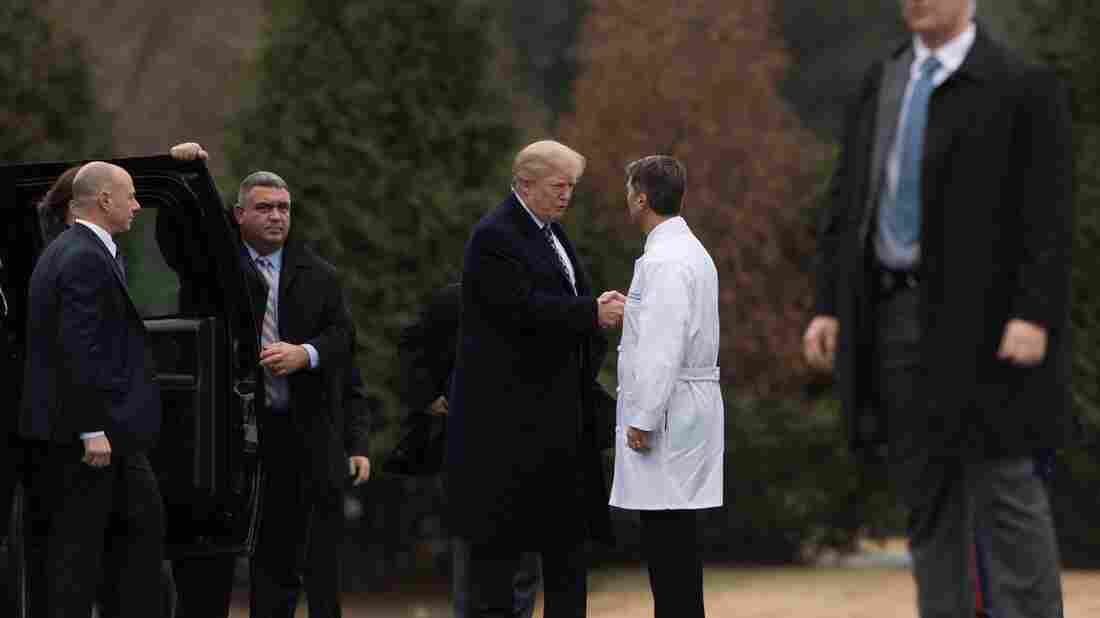 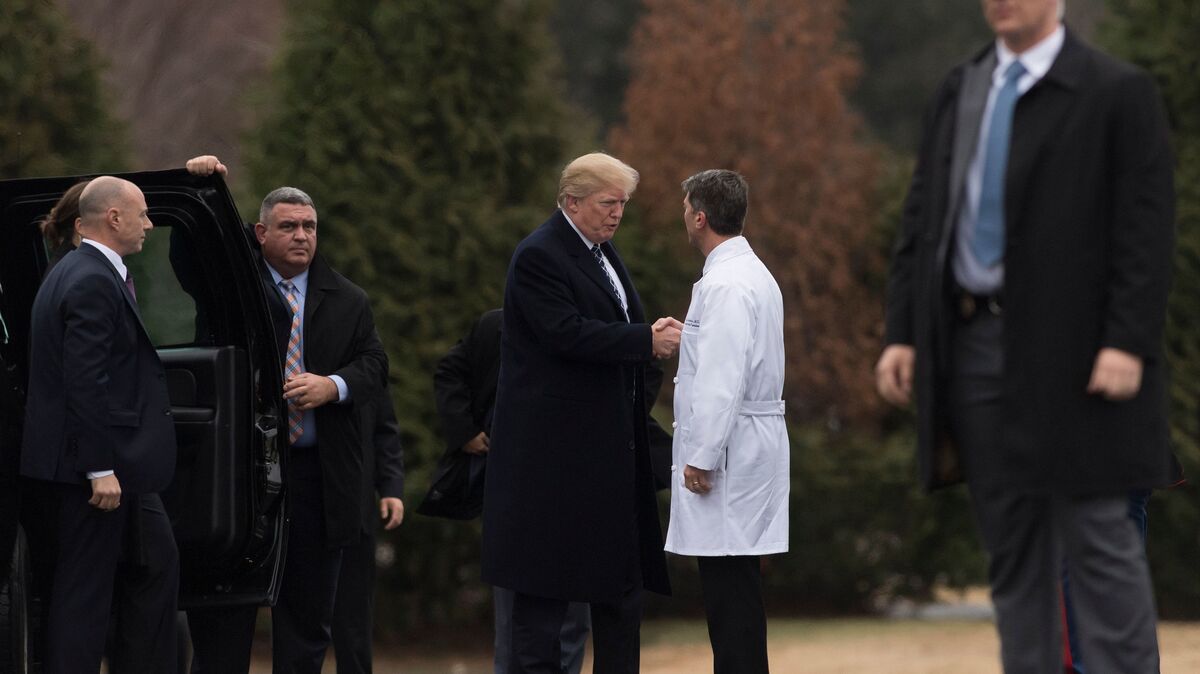 Friday President Trump had his first physical exam since taking office — a move that could offer a rare public snapshot of the 71-year-old leader's health.

"The President's physical exam today at Walter Reed National Military Medical Center went exceptionally well," Dr. Ronny Jackson said in a statement released by the White House. "The President is in excellent health and I look forward to briefing some of the details on Tuesday."

The exam was overseen by Jackson, a Navy rear admiral who directs the White House medical unit. Earlier information about Trump's health came from his personal physician, Dr. Harold Bornstein, who famously declared in 2015 that Trump would be "the healthiest individual ever elected to the presidency." Bornstein later provided a fuller accounting of Trump's medical status, which was unveiled with considerable drama during a televised sit-down Trump had with celebrity doctor Mehmet Oz in September 2016.

It's not clear how much information the president will share about Friday's work-up. White House Press secretary Sarah Sanders said she expects Trump will be about as forthcoming as his predecessors. A typical report from President Obama's or President Bush's physicals summarized their test results and pronounced the leaders healthy and likely to remain so for the duration of their time in office.

The president set a high bar for the exam. "I think it's going to go very well," Trump told reporters Thursday. "I'll be very surprised if it doesn't."

Friday's exam was not expected include a psychiatric evaluation of Trump, who boasted recently of being a "very stable genius." The White House wouldn't say whether doctors would test the president's cognitive abilities.

Trump was 70 when he took office, a year older than Ronald Reagan, America's next oldest president at the time of being sworn in. Although Axios reported this week that Trump has scaled back his work schedule, staffers insist the president is still full of energy.

"Many of you yourselves have reported on the fact that the president exhibits yeoman-like work every day in this job," deputy press secretary Hogan Gidley told reporters Monday. "Whether it be up before dawn and up into the wee hours of the morning every day, it's been widely reported he only needs a few hours of sleep. This president works tirelessly for the American people."

Trump's 2016 physical listed his weight as 267 pounds, which Dr. Oz described as "slightly overweight." The president gets little physical exercise and uses a cart during his frequent golf outings. His diet is heavy on fast food, red meat and Diet Coke.

The president raised a few eyebrows during a speech on Jerusalem last month, when he momentarily slurred his words. Sanders blamed that on a dry throat.

Why Mental Health Is A Poor Measure Of A President

Some psychiatrists have raised concerns about the president's mental fitness for office, pointing to his unpredictable Twitter feed, among other indicators. Last month, more than a dozen members of Congress received a briefing on those concerns from Yale psychiatry professor Dr. Bandy X. Lee. That briefing was provided although both the American Psychiatric Association and the American Psychological Association advise that mental health professionals should not offer a judgment about anyone, including public figures, who they haven't personally examined.

An earlier version of this story incorrectly stated that Dr. Ronny Jackson will brief reporters on Oct. 16. In fact, he will do so on Jan. 16.