Accessibility links
Shaun T's Keys To Workout Motivation Include Fun — And Selfishness After a rough childhood and later dealing with his own weight problem, Shaun T eventually found success as a workout video guru. He says it's important to have fun and focus on yourself for a change. 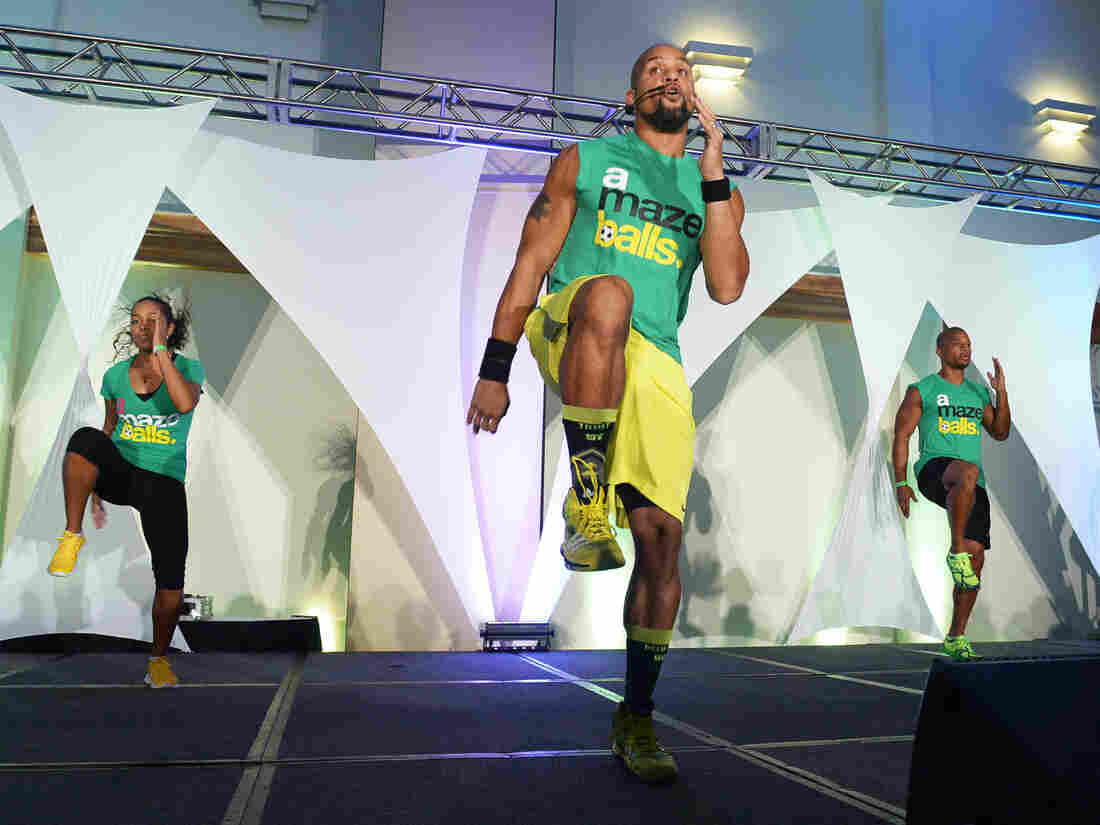 Shaun T attends the Sweat USA America's All-Star Fitness Festival at the Miami Beach Convention Center in 2013. At some live events, thousands of people turn out to work out with the fitness superstar. Gustavo Caballero/Getty Images for Vital Sports & Entertainment hide caption 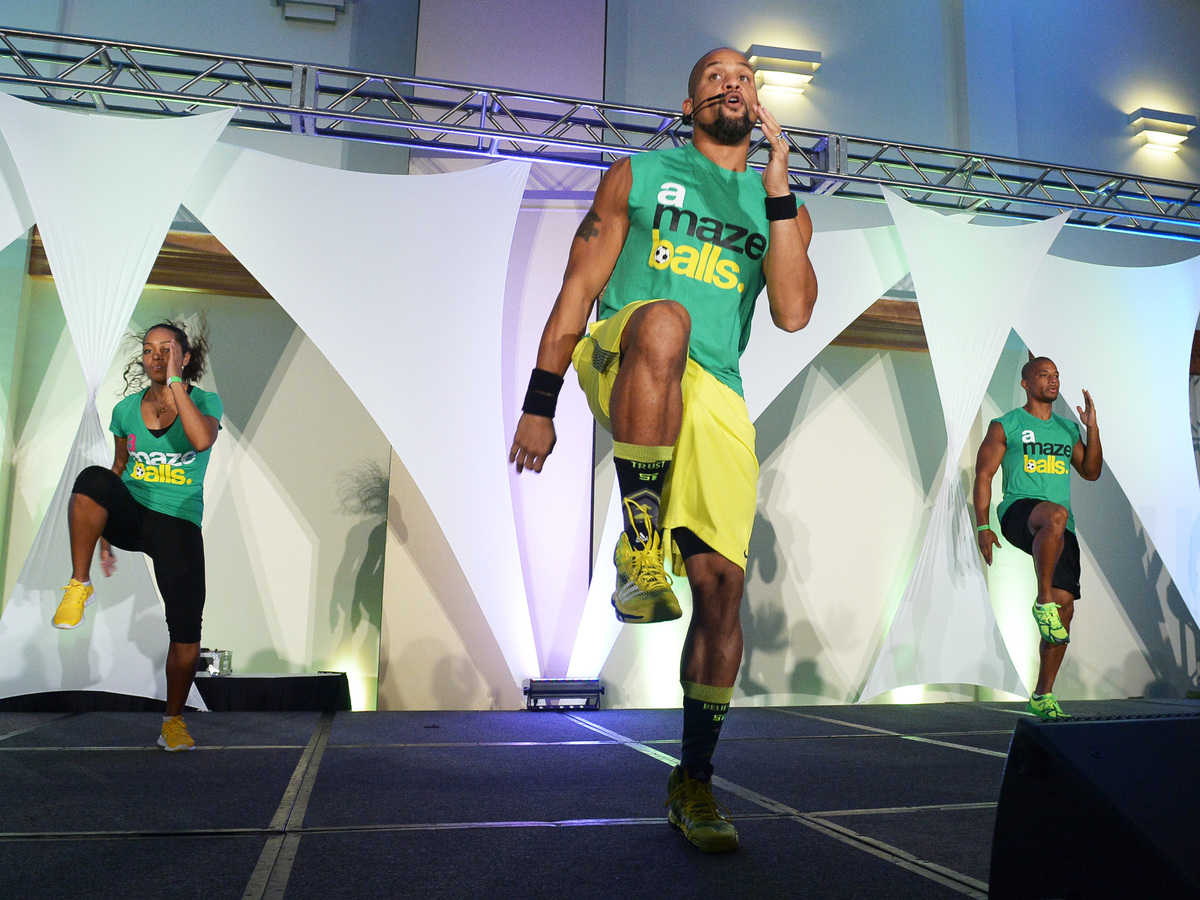 Shaun T attends the Sweat USA America's All-Star Fitness Festival at the Miami Beach Convention Center in 2013. At some live events, thousands of people turn out to work out with the fitness superstar.

In the world of streaming workout videos, Shawn T is like Jay-Z or Mick Jagger. He's a superstar. Millions of people have done his workout programs. One is called "Insanity." Another, "Focus T25," aims to get you in shape in just 25 minutes a day without leaving your house.

In our ever more digital world there are all kinds of apps and other quick ways to fit fitness into your life. But you still have to do the exercise. And in his new book, T is for Transformation, Shaun T tells the story of his life and the lessons he's learned about finding that motivation.

With his sculpted muscles and abs, Shaun T is the picture of fitness. In his workout videos he's funny and happy. But it wasn't always like this.

"The first thing I remember as a kid was being washed in the sink of our west Philadelphia apartment," Shaun T says. Back then, 40 years ago, he was a toddler named Shaun Thompson. "I was so small, but I soon began to realize that where we lived wasn't necessarily the best place in the world."

Resolved To Lose Weight? We Gave Food-Tracking Apps A Try

Shaun T grew up poor and had a rough childhood in a violent neighborhood. The family was on food stamps. And they had so little food he'd sneak bread into his underwear and eat it at night in bed.

Being hungry stays with you. And when he got a scholarship to a state college, that came with a dining hall meal plan card, which meant free food.

"When you give someone who grew up on food stamps a meal card, I could just go and eat and eat. And then when I found out that you can use this food card at Domino's, late night cravings became a whole new thing. I was like, 'Whhhhaaat?' " 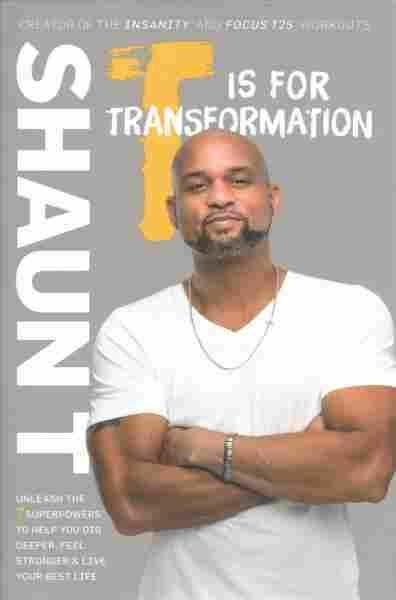 T Is for Transformation

Shaun T gained 50 pounds his freshman year. He didn't like that. But he says he was too embarrassed to go to the gym, even though he ran track in high school. "I was extremely unhappy with the way that I looked and the way that I felt," he says.

But he finally got on the treadmill. And he took some dance fitness classes. And as soon as he'd lost just a few pounds, he says he loved how that made him feel. So much so that he switched his major to sports science. And then he went to the manager of the school rec center and told her, "I want to teach a class."

Shaun T had no experience. But his fellow students liked him. And 90 of them signed up for his first class in the rec center. He turned on the hip-hop song "Space Jam," from the 1996 movie with Michael Jordan, put it on repeat, and got everyone doing his halfway-thought-out hip hop aerobics routine. The students loved it.

"I was like are you kidding me? This is the most amazing thing. I could teach and have fun, and all of these people are not only doing what I'm doing but most of them were afraid to dance and they're actually doing it and they're stepping outside their comfort zone. And I'm looking at these people and I'm like, 'This is it. I want to do this for the rest of my life.' "

And that's what Shaun T has done. First classes, at small workout studios. He taught a class for workers at a nuclear power plant in New Jersey. He'd teach anywhere he could. Later he moved to LA and started doing videos. Today, the company that distributes his workouts, Beachbody LLC, says Shaun T has sold more than $1 billion worth of fitness videos. 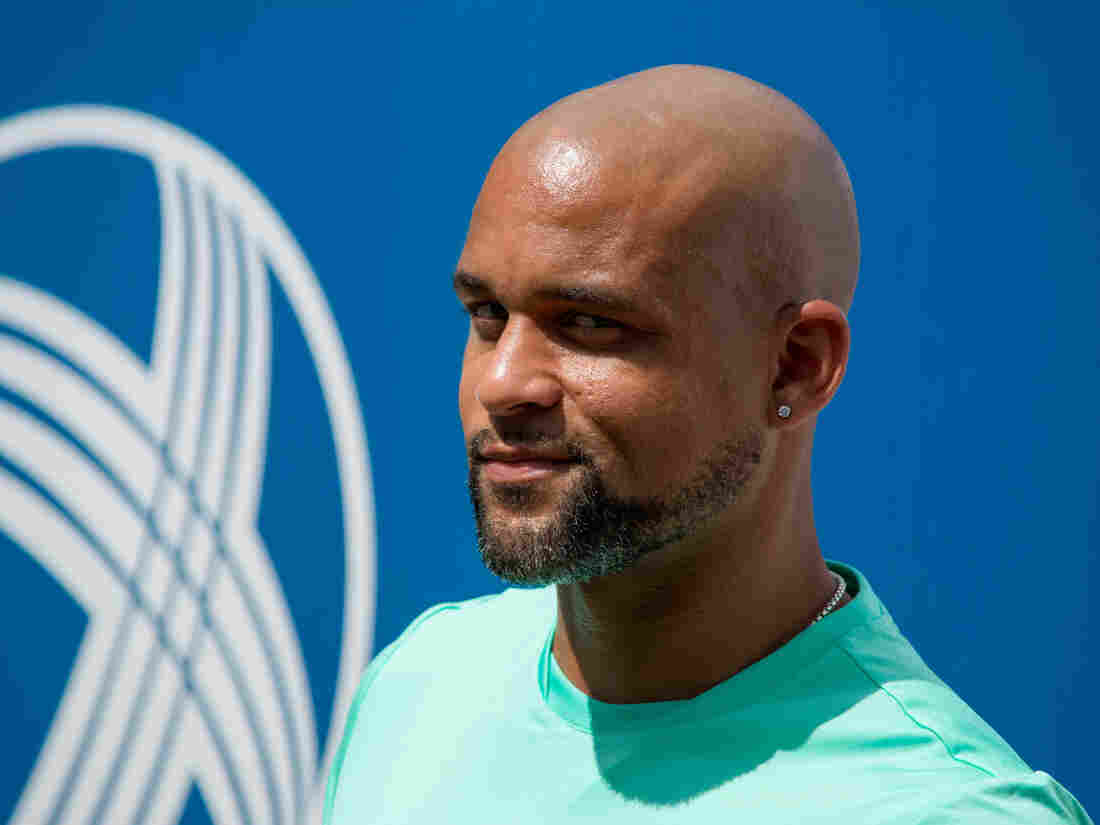 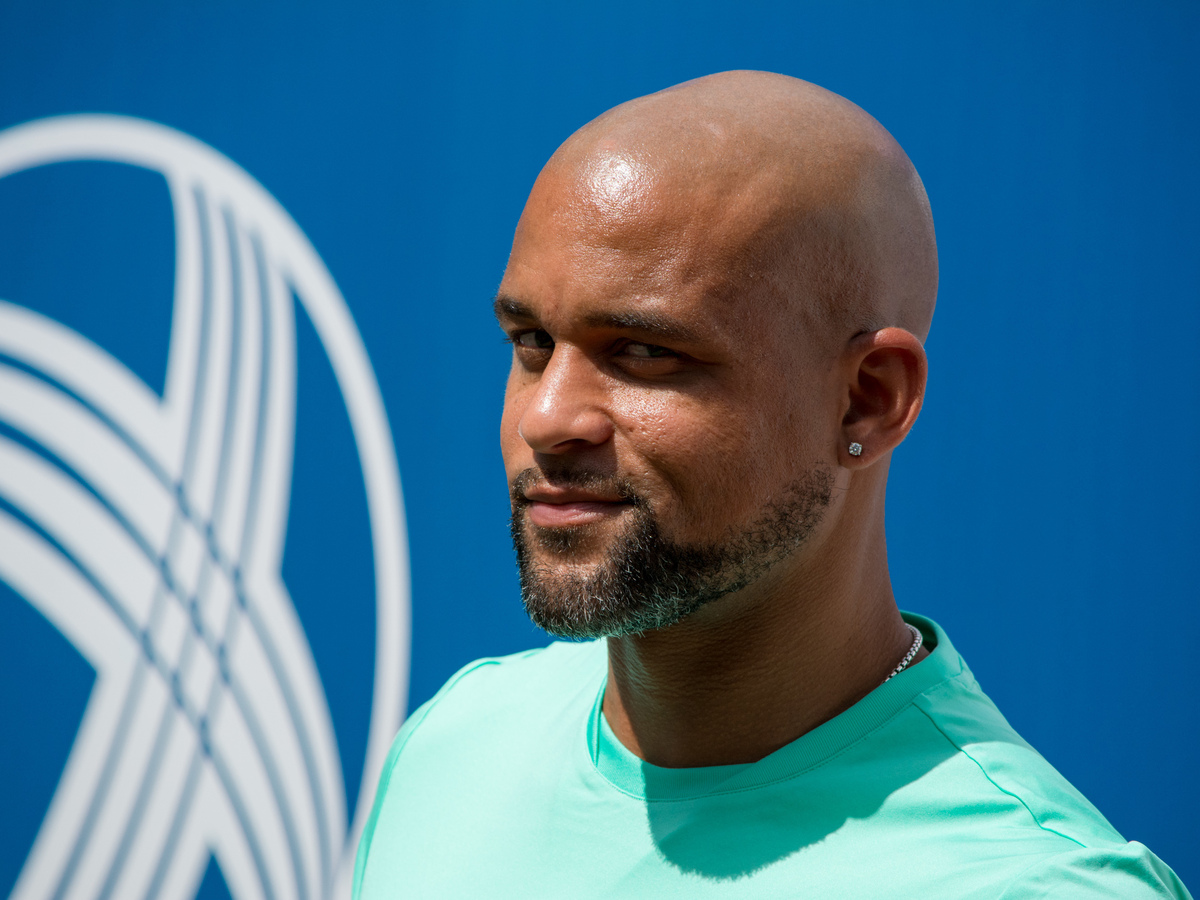 Shaun T says to stay motivated, it can help to mix it up. For example, sign up for a dance class or a basketball league. He does his own workouts, "but I also play tennis. But I also get my friends I'm like, 'Yo, let's play volleyball today.' It doesn't always have to be the same thing. Like create it for yourself and it will be so much fun."

And he says, focus on the fun, not about how much you weigh. "My goal for people out there is just just do things that make you feel good. 'Cause the weight will come off but the happiness is what's most important."

Of course, it can often be more complicated than that for people, including Shaun T. Growing up in that violent neighborhood, he says he suffered abuse from his stepfather and went through things that, later in life, it took him years of therapy to really work through and understand. He encourages others to consider doing the same if they think they might have unresolved baggage holding them back from their health and fitness goals, or other goals for that matter.

"You get stronger by unpacking the baggage, not by packing it into the closet," he says. But he adds, "It's just really important for people to understand that your biggest struggles are also the motivators to your biggest strengths."

Pickleball For All: The Cross-Generational Power Of Play

Shaun T's struggles back then got him to do something that took courage when he was 14 years old and about to start high school. He decided to leave his family and go live with his grandparents in New Jersey. His grandfather was a former boxer and a minister and this family was stable and loving. It was a big change and it made a big difference. "I didn't start living until I was 14 years old," Shaun T says. "From that point forward my grandparents were my angels, they were just like the best ever."

In his book, Shaun T says even if it's in a less dramatic way, changing the people around you can make a difference. If most of your friends are couch potatoes, he recommends spending more time with people who exercise and who will support you and encourage you to live a healthier life.

On a more counterintuitive note, he says, "selfishness gets a bad rap." He says some people spend so much time doing things for other people — their family, their friends — and they feel guilty taking any time at all just to take care of themselves. He says obviously don't abandon your loved ones, but you'll be a happier person if you take time the time you need. He says it's usually OK to take 25 minutes to do that workout. "Be selfish, because all the people in your life will benefit if you are," he says.

Of course when it comes to health and fitness, what you eat is important too. Shaun T says one of those giant sugar-frosted cinnamon buns has so many calories you'd have to work out like a maniac for two hours to burn it off. But there too he says, enjoy yourself. Eat healthy 85 percent of the time and enjoy some pizza or a doughnut the rest of the time. But, he says, cut the doughnut in half.

Fitness Trainer Shaun T: 'I Understand Why You Feel Weak'