Accessibility links
Kaveh Akbar Is Poetry's Biggest Cheerleader Akbar, a poet himself, waves his pom poms for the form at DiveDapper, a site dedicated to in-depth interviews with his favorite poets. He says he wants to live his life "in joyful service" to poetry. 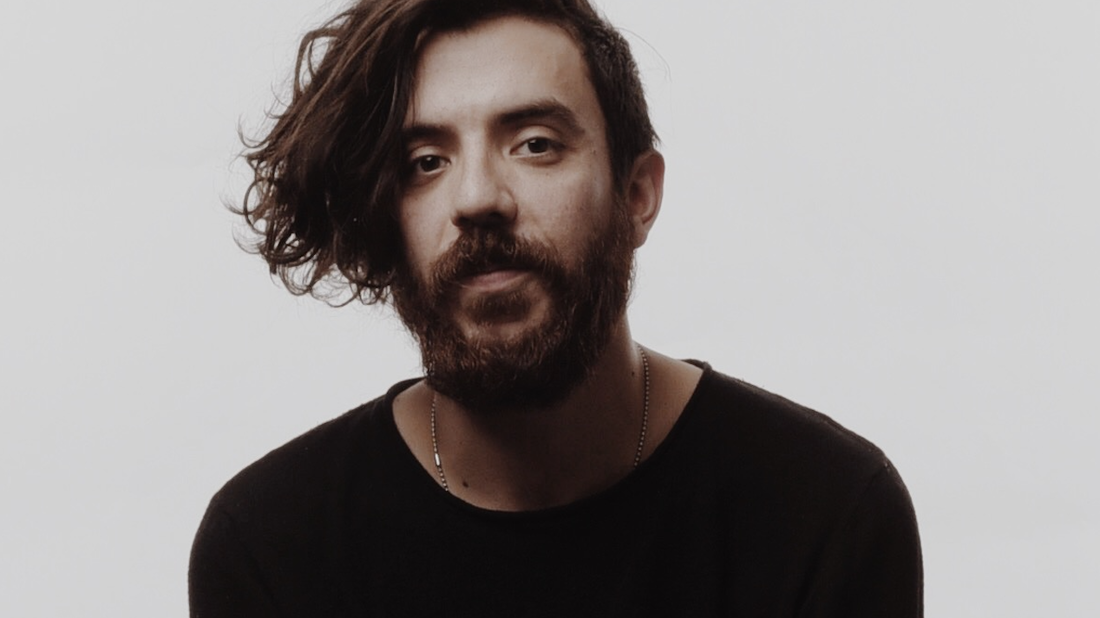 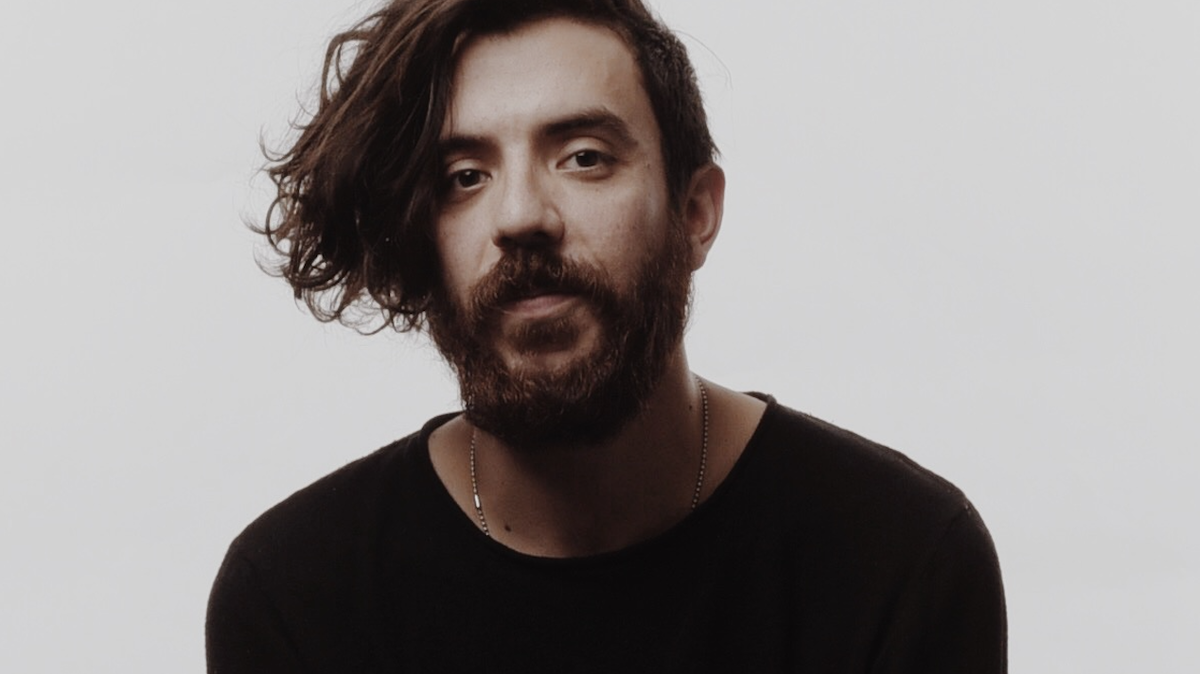 Kaveh Akbar — himself a poet — posts in-depth interview with his favorite poets every week on DiveDapper.

Ever eavesdropped on two poets having a conversation at a coffee shop? Iranian-American poet Kaveh Akbar has created an online space that lets you do that without leaving your bed. 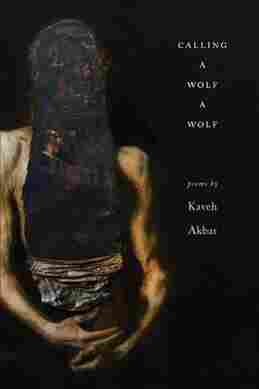 Calling a Wolf a Wolf

Akbar runs DiveDapper, which focuses on interviews with major voices in contemporary poetry. It's packed with profiles of writers like Morgan Parker, Ocean Vuong, Wendy Xu, and Max Ritvo — to name just a few. Every other Monday, he posts a new interview transcript.

The site grew out of Akbar's own life in poetry, and his struggles with addiction. "The oldest recognizable poem in my book ranges back to when I got sober," Akbar says; his debut collection, Calling a Wolf a Wolf, came out this past September. "I suddenly had 16 hours a day to fill with something new. My entire life up to that point was predicated on the pursuit of this or that narcotic experience. When that was uplifted, I had to find something else."

Writing became his path out of that old life. "I was so hungry to be having conversations about the poetry that was exciting me, so starved for that sort of dialogue" as he worked towards an MFA and split 60 hours a week between different jobs all while beginning his recovery. "DiveDapper became a way for me to manufacture those dialogues directly with the sources."

When Akbar started out, he says, he was worried that if he cold-called someone like the Pulitzer Prize-winning poet Sharon Olds, she'd be rightfully confused. Now, DiveDapper has become the way Akbar approaches great poets — but what he didn't expect was that the interviews would turn into real, substantial friendships.

"francine j harris is one of my best friends in the world now, but we met because of DiveDapper, as she started out and still is just one of my favorite poets in the world," Akbar says. Or take this snippet of his conversation with Olds:

Akbar: "... since I was two years old, I've been spoken to with this consciously elevated vernacular. I went through a period of being deeply self-conscious about it because I didn't want people to think I was being showy. And to make matters worse, all I've ever wanted to do is read, not unlike what you're talking about with Shakespeare. And so this is a low-level anxiety at any point in my life when I'm in conversation with anyone.

Olds: Right. Now did your being born in Iran have anything to do with [your mother] wanting to help you with SAT vocabulary in English?

Akbar: Oh, that's interesting. My mom is American and my dad's Iranian. I basically spent two years in Iran speaking Farsi and kind of being spoken to in English, but when we moved to America we spoke exclusively English in the house because they were dead-set on Americanizing me.

Akbar: I haven't talked to my mom much about it, but that might've been part of it. I think it was mainly to give me an academic advantage.

Olds: Sure. If I had thought of that, I might have done it too! That's sweet and probably kind of maddening. But oh my, parents — we just want so much to do whatever we can."

Most of the interviews on DiveDapper really are this earnest and conversational. What's more, they give us readers the chance to get to know Akbar as well as the poets he's talking to. Akbar jokes that if you've read a dozen DiveDapper interviews, you've spent an hour with a dozen different poets — and you've actually spent 12 hours with him too.

Through DiveDapper, budding poets like me get further insight not only into the process of these major voices in poetry, but also Akbar's own process.

Indeed, in 2016, when I first heard Akbar reciting poems from his chapbook Portrait of the Alcoholic at a reading in Seattle, I had no idea that he was also working on DiveDapper. Nor did I know that he workshopped poems with high-school students, or that in the time between performing at book tours, readings and teaching, he'd started thinking about things like silence and how to bring it back into his life and poems. Through DiveDapper, budding poets like me get further insight not only into the process of these major voices in poetry, but also Akbar's own process.

"There are a lot of interviews where I've really gotten into the weeds of my own life," Akbar explains. "A profound and beautiful and strange intimacy now exists between me and the people who have spent time on the site."

And based on the interviews, here's what I know about Kaveh Akbar: He believes that everyone should be reciting poems as they walk into a coffee shop, as they do the dishes, as they go on with their lives.

"The fact that poems exist is the load-bearing gratitude upon which I have built my life," he explains. "And what do you do with gratitude when it piles up? You have to push it outwards."

To learn how to live my life in joyous grateful service of poetry — that's everything.

He says it's sort of like eating a Snickers bar. "Not sharing your gratitude is like holding a Snickers bar in your mouth for a week. You'd just get cavities," he laughs. "This is what I want to do with DiveDapper. As far as I'm concerned, poetry is the best thing that exists in the universe."

"These are the people whose words have shaped my psychic algorithm," he says of his interviewees. "Their language has shaped the way I think about the world. They're part of my consciousness at the level of the neuron. To hear how they did it, how they do it, has been immensely useful to me as a practicing poet and as a human being. To learn how to live my life in joyous grateful service of poetry — that's everything."

Jeevika Verma is a poet and writer from India.