Accessibility links
Review: MILCK, 'This Is Not The End' The LA-based artist whose song, "Quiet," went viral after the Women's March on Washington, offers a set of anthemic pop songs that plead for freedom.

Review: MILCK, 'This Is Not The End'

Review: MILCK, 'This Is Not The End' 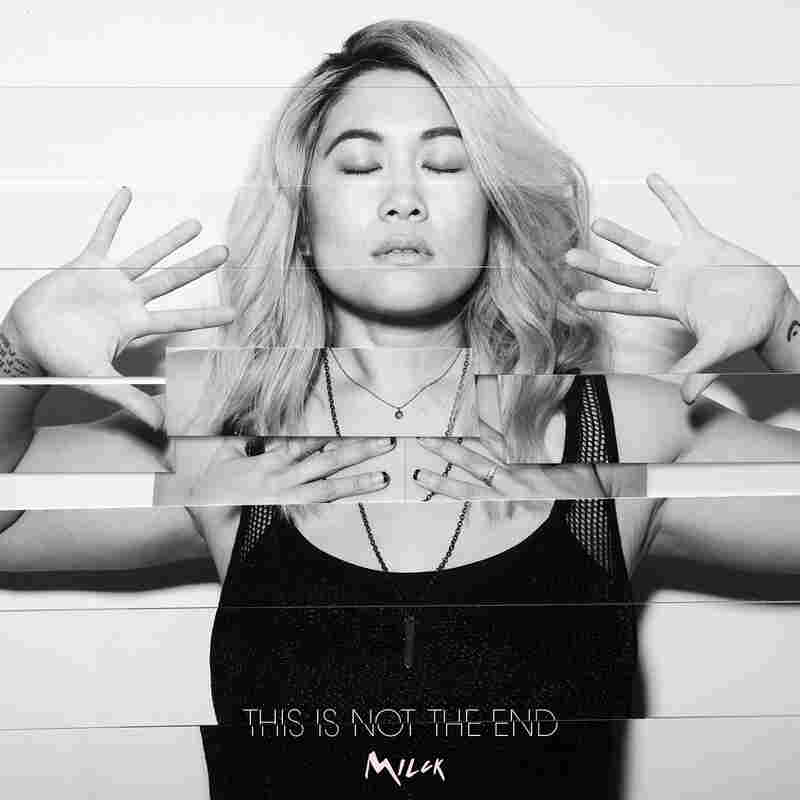 In the middle of the Women's March in Washington, D.C., nearly a year ago, a few dozen women began singing "Quiet," a rallying cry written by L.A.-based artist MILCK. The singer stood at the front of the group, holding a sign reading "I can't keep quiet" and donning the symbolic pink hat, her blonde hair peeking out from underneath. The performers had learned the song on their own and met just hours before the march began.

A video of their performance quickly went viral, turning "Quiet" into what many called the anthem of a new movement. MILCK released a studio version of the song in November, along with a music video that depicts two women's struggles with relationship violence and gender identity. "Quiet" struck a chord with the diverse group that participated in the Women's March, extending beyond the "one-woman riot" MILCK describes in the chorus. Now, she's preparing to perform the song at the Women's March on New York City on Jan. 20.

"In light of the Harvey Weinstein scandals sparking a massive movement of women and survivors speaking out against sexual assault, I find myself in awe and moved to my core," MILCK wrote in a letter to fans after being signed to Atlantic Records, adding that she wrote "Quiet" once she decided that she wasn't at fault for the acts of sexual assault she experienced starting at age 14.

Her first EP, This Is Not The End, offers songs with similar messaging and style to the studio version of "Quiet." In "Call of the Wild," a standout from the EP, MILCK layers her voice in a harmony that recalls Imogen Heap's 2009 track "Hide and Seek." There's a soothing cover of the Five Stairsteps' "Ooh Child" and the defiant, empowering "I Don't Belong To You." "Undercover" brings in more electronic elements, that add a welcome variety to her sound without distracting from MILCK's powerful voice.

From country singer Margo Price's "Pay Gap" to indie rock band Big Thief's "Watering," artists of every genre have sparked conversations about women's liberation, political resistance and reclamation of power in their music during the past year. With This Is Not The End, MILCK joins the chorus of uplifted voices, adding anthemic ballads to a growing list of modern protest songs.