Accessibility links
In 'The Insult,' All Politics Is A Local Neighborhood Squabble Ziad Doueiri's new Oscar-shortlisted film is about the religious and tribal divisions in contemporary Lebanon — and how a small altercation in Beirut can spiral out of control. 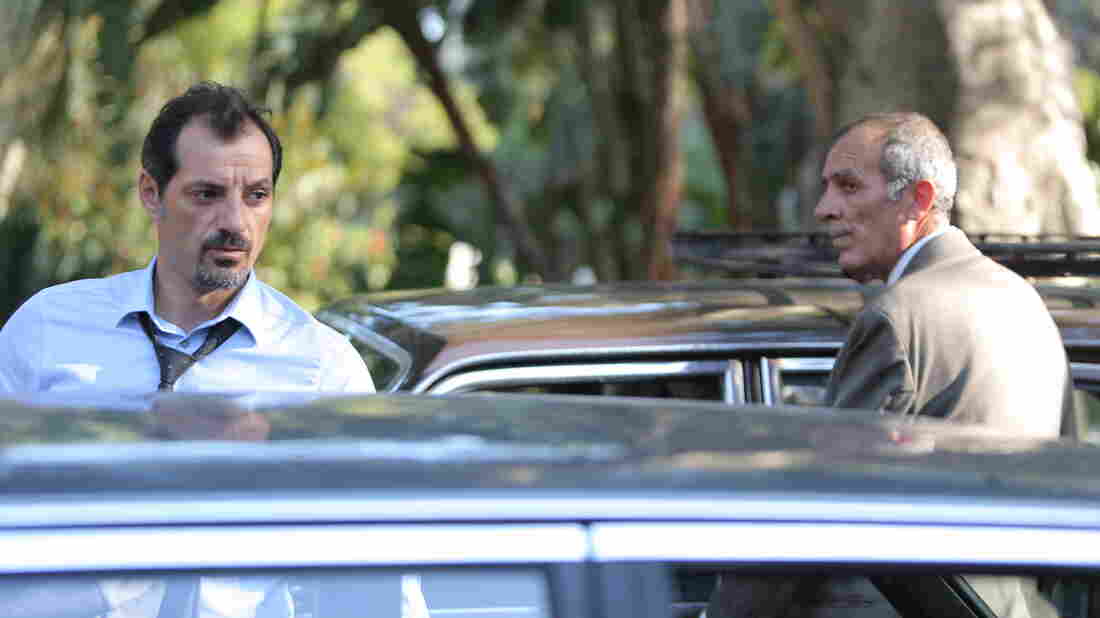 In The Insult, a minor argument between a Lebanese Christian named Toni (Adel Karam, left) and a Palestinian refugee named Yasser (Kamel El Basha) spirals out of control. Courtesy of the Cohen Media Group hide caption 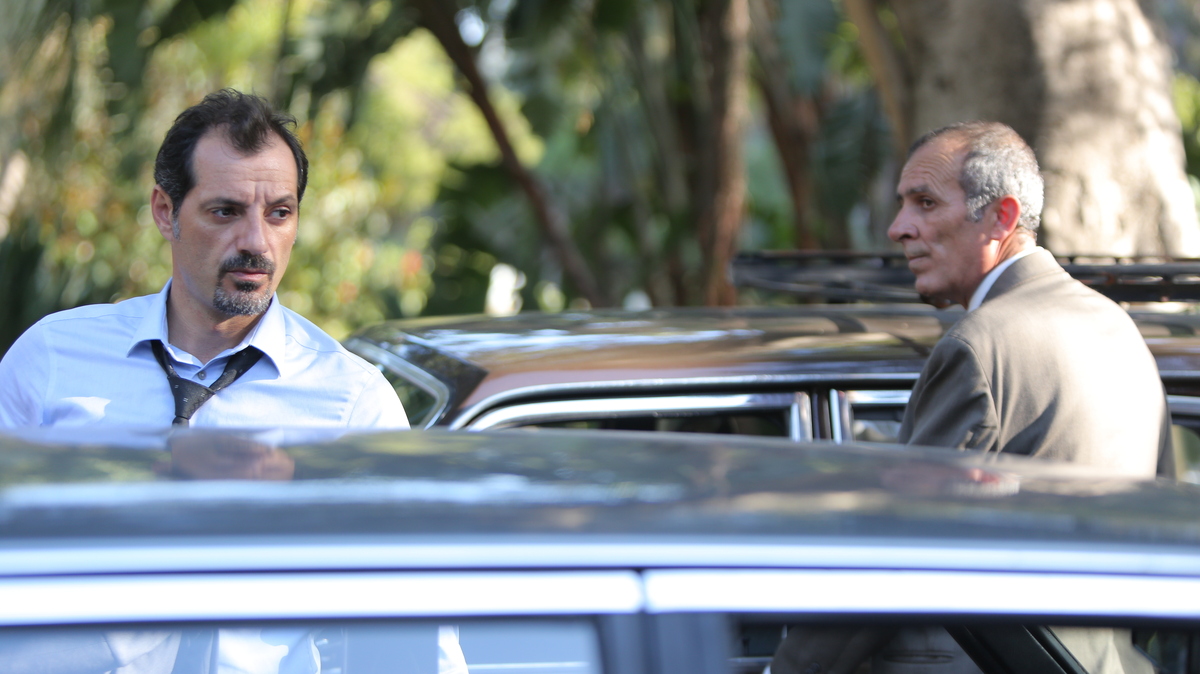 In The Insult, a minor argument between a Lebanese Christian named Toni (Adel Karam, left) and a Palestinian refugee named Yasser (Kamel El Basha) spirals out of control.

Courtesy of the Cohen Media Group

Can something as simple as saying "I'm sorry" stop a looming war in the Middle East?

That's the premise of a new film called The Insult — it's Lebanon's entry to the Oscars. In it, a neighborhood spat pushes the city of Beirut to the brink of chaos.

Filmmaker Ziad Doueiri says he was inspired by a real-life incident. He was watering his plants on the balcony of his home in Beirut, when the water spilled out onto a construction worker below.

"So I leaned on the balcony — I yelled at him, he yelled back, he says, 'You're a dog,'" Doueiri says. "And then this thing led to a bigger insult, which — I threw an insult at him. Joelle [Touma], the co-screenwriter, was standing behind me that day, and she says, 'How could you insult a Palestinian as you said. This is so bad, what you just said.' I said, 'You're right.' So I came down to apologize and then the guy refused my apology because he was very hurt."

That argument is pushed to its extreme in Doueiri's new film. Water leaks off a Christian man's balcony onto a Palestinian construction worker below.

Arguments ensue. Insults are thrown. Neither man is willing to apologize.

"It's very rare in my culture where you can have somebody who does something and he comes face-to-face, says, 'Look, I really apologize,'" Doueiri says. "It's not part of our culture. Sometime the simplest thing can be the beginning of resolving a much bigger problem. So that's why this guy in the film, he wants an apology. All he wants is an apology and then later we start finding out why." 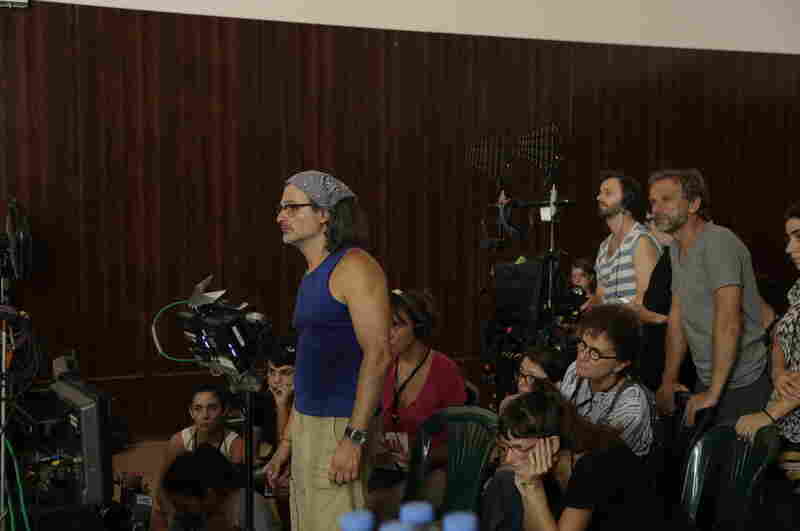 Ziad Doueiri is the filmmaker behind The Insult. Courtesy of the Cohen Media Group hide caption 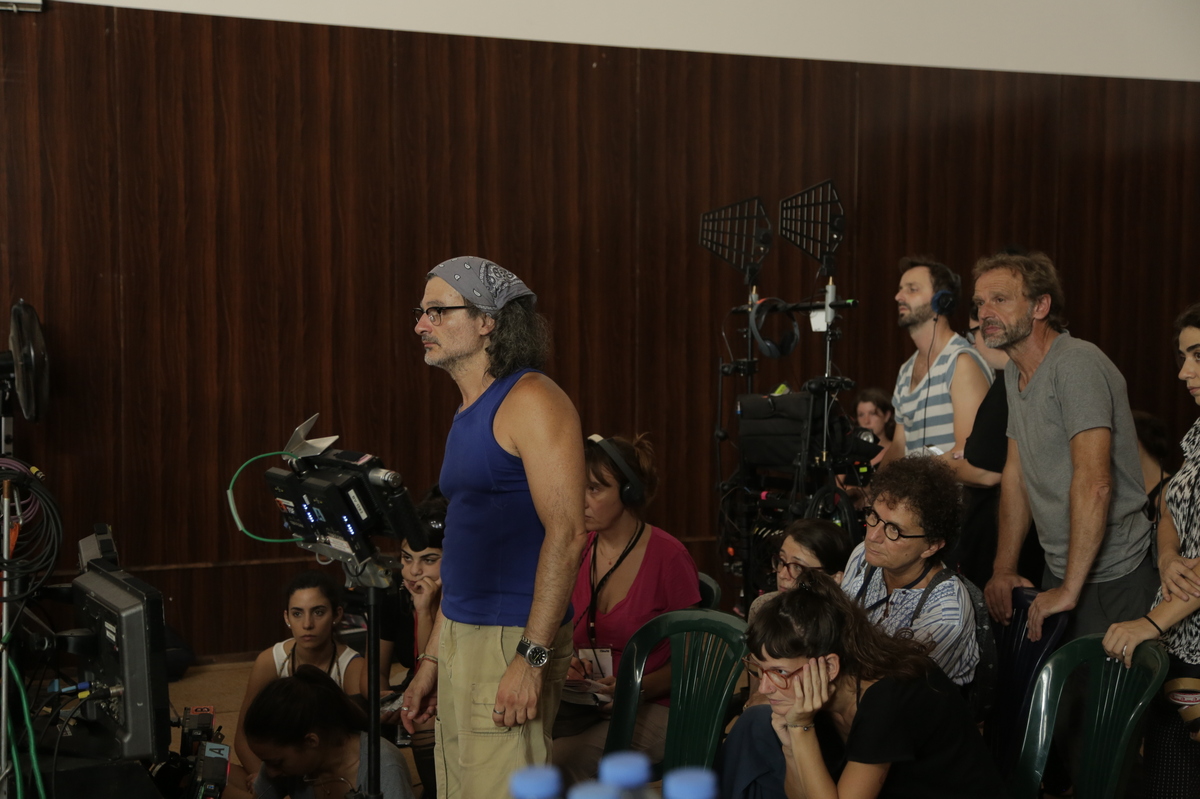 Ziad Doueiri is the filmmaker behind The Insult.

Courtesy of the Cohen Media Group

The why has to do with Lebanon's past — the religious and ethnic divisions that tore the country into warring factions. From 1975-1990, the Lebanese Civil War killed more than a hundred thousand people.

"Lebanon, in spite of its smallness — it's only 4 million people — it's still extremely rich because it's one of those places that has all the religions in it," Doueiri says. "You have Christians, Shiites, Sunnis, Catholics, Protestants, Armenians, Turks. All of it. You know, you have 16 religions that are all recognized by the government. It's what it made it diversified, complex and fiery."

And it remains flammable, says Lebanese-born arts journalist Nana Asfour. She says what has kept those communities together since the Civil War is only a shaky peace.

"The theme that Ziad is taking on, which is this whole idea that the war ended abruptly without any national conciliation — you know, we need to address what happened and take it head-on — it's something that a lot of Lebanese filmmakers and artists and writers of his generation have been sort of pushing for in their own works," Asfour says. "That idea that there has been what they call a historical amnesia that has happened in Lebanon where everybody thinks, 'Let's look forward and not look back,' and how problematic that is because all the problems that led to the war have not been dealt with appropriately and anything can happen to bring them back."

In The Insult the argument over leaking water goes to trial. The proceedings go viral. Palestinians and Christians start fighting on the streets.

The politics on screen are still so sensitive that Ziad Doueiri's previous film was banned in the Arab world. It was called The Attack and it was about Arab citizens of Israel. Doueiri filmed part of the story in Israel, which is against Lebanese law.

In Tel Aviv, An 'Attack' With Consequences For The Heart

The director says artists have to be free to explore other points of view.

"So whether we talk about tolerance or we want to look at the other side of the rock just to see what is their narrative, what is their discourse, those people you grew up all your life hating so much. But they must have a point of view. The Insult is a response to that."

The Insult is also facing protests, led by the BDS movement, which calls for boycotts, divestment and sanctions against Israel. Activists have accused Doueiri of being pro-Israeli and have launched a social media campaign accusing him of acquiescing to Israeli occupation.

After The Insult premiered at the Venice Film Festival, Doueiri was detained at the Beirut airport. The film's premiere in the West Bank was cancelled.

"The BDS purpose is what?" Doueiri says. "Defend Palestine. When you go and you forbid a film where the main actor, a Palestinian guy [Kamel El Basha], won best [actor] award at Venice Film Festival — first time in history that a Palestinian actor win in Venice or anywhere else in the world, first time! — when the BDS, who are supposed to be protecting Palestinian rights, stop this Palestinian actor to present his movies in Ramallah, basically you're screwing yourself in the head. It doesn't make any logic."

Ziad Doueri says he won't apologize. And given the firestorm around his work, Doueiri says he was shocked that Lebanon chose The Insult as its entry to this year's Oscars.

"That was my award," he says. "I already got my award. Nobody believed that it would happen. I mean Lebanon does take you by surprise from time to time."

Ziad Doueiri says his cinema takes him by surprise too.

His default setting is angry and cynical. He's been known to throw insults. But he says it's through his films that he calms down.

"In my film, I try to tap into the moderate part of me," Doueiri says. "Otherwise you lose your mind. But if you let me out there, I can be a lot angrier. If you hear what I really think, I would be the subject of a different interview."

Ziad Doueiri says his films are his way of healing the scars that still divide Beirut — and his way of pouring water over the insults that inflame so easily.