Accessibility links
Homeland Security Secretary Says She 'Did Not Hear' Trump Use 'That' Vulgar Word At a contentious congressional testimony, Kirstjen Nielsen said under oath said President Trump and others used "tough language" on immigration, but not a particular 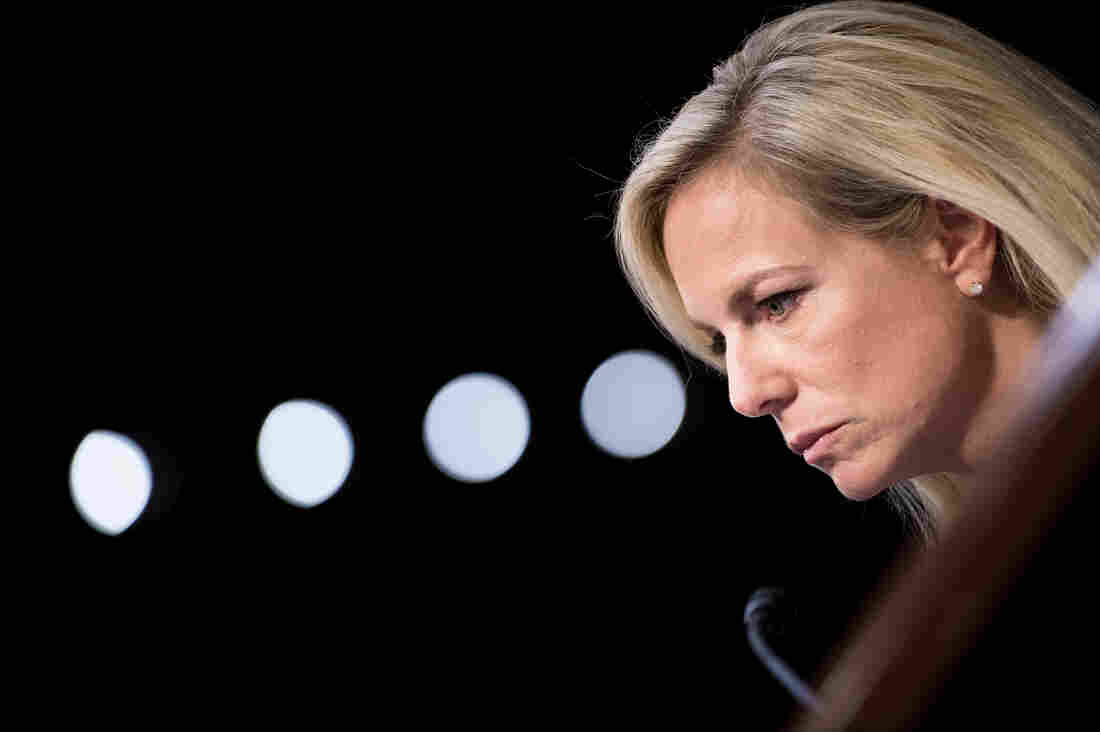 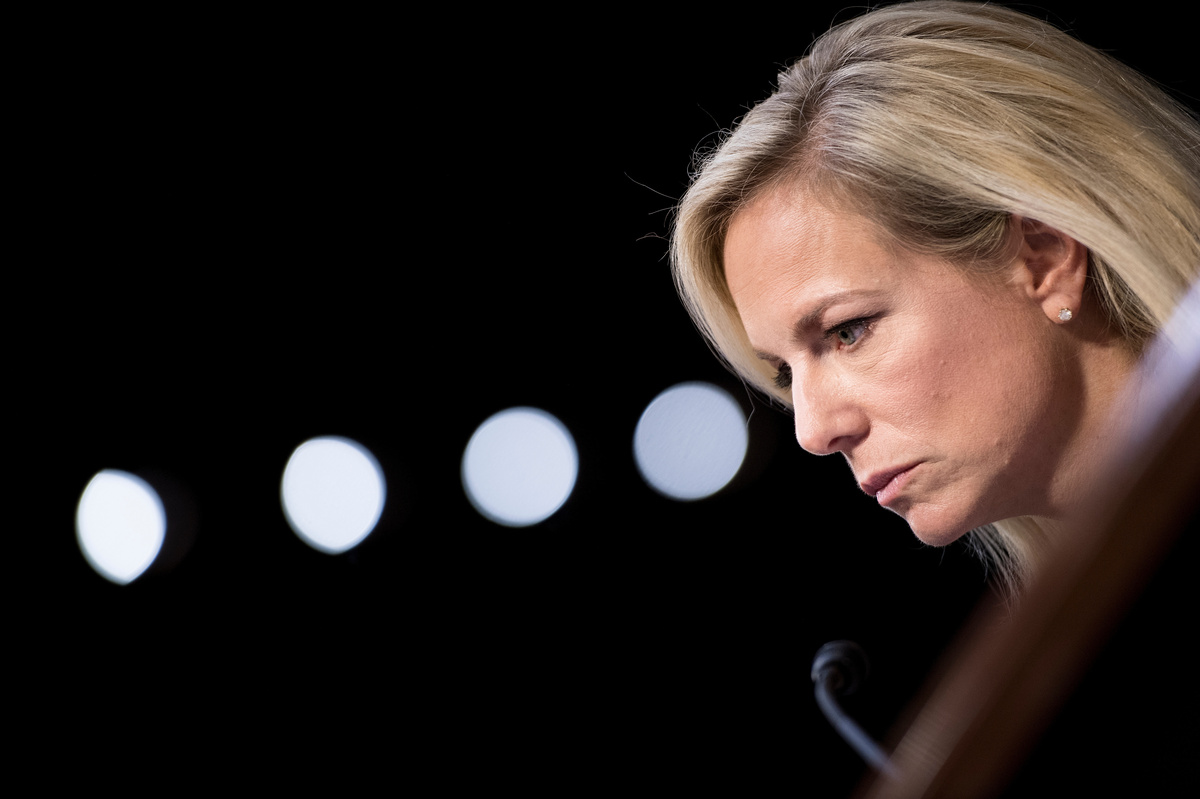 Homeland Security Secretary Kirstjen Nielsen looks on during a hearing before the Senate Judiciary Committee on Capitol Hill Tuesday.

The Secretary of Homeland Security testified Tuesday that she did not hear President Trump use a vulgarity in a meeting with lawmakers about immigration last week.

The president was widely reported to have used a disparaging word to describe African nations and wondered aloud why people from countries like Haiti were allowed to come to the United States.

"You were in the room, you're under oath," pointed out Senate Judiciary Committee Ranking Member Patrick Leahy, the senator from Vermont. "Did President Trump use this word or a substantially similar word to describe certain countries?"

"I did not hear that word used, no sir," DHS Secretary Kirstjen Nielsen responded in what was an, at times, contentious Senate hearing with two of the senators who were also in that meeting.

8 Congressional Chairmen Are Calling It Quits. Here's Why And What It Could Mean

"That is not the question," Leahy shot back. "Did he use anything similar to that describing certain countries?"

She didn't elaborate what that tough language was.

Trump also reportedly wondered why more people from countries like Norway weren't immigrating to the United States. Nielsen contended he was merely referring to a conversation he had just had with Norway's prime minister, who said people in her country were hard working — and not about the overwhelmingly white population of the country.

In fact, Nielsen testified that she did not know Norway's racial make up.

Democrats on the panel used the hearing to vent their outrage over the president's comments. Sen. Cory Booker of New Jersey said he was seething with anger.

"When the commander-in-chief speaks or refuses to speak those words don't just dissipate like mist in the air they fester," Booker said. "They become poison; they give license to bigotry and hate in our country.

Senators also pressed Nielsen about the Deferred Action For Childhood Arrivals program, known as DACA, under which some 700,000 mostly young people brought to the country illegally by their parents have been allowed to stay.

Under an order signed by President Trump, the program ends March 5. Trump has said he wants to extend it, but has also tweeted that Democrats aren't serious about getting a deal to extend it.

DACA is probably dead because the Democrats don’t really want it, they just want to talk and take desperately needed money away from our Military.

"Tuesday, we had a president that I was proud to golf with," Graham said, "call my friend, who understood immigration had to be bipartisan. You had to have border security. It's essential to have border security with a wall, but he also understood the idea that we had to do it with compassion. Now, I don't know where that guy went. I want him back."

Democratic Sen. Dick Durbin of Illinois, who confirmed Trump's language at last Thursday's meeting, indicated one sticking point in immigration negotiations was the president's insistence that Congress appropriate all the money he wants to build a border wall with Mexico this year — rather than spreading the appropriations and construction out over a longer period.

"Is the president realistic when he says he wants $ 20 billion, so he can build the wall in one year?" he asked Nielsen.

"I think the president is encouraging us to go as quickly as we can," Nielsen responded. "As you know, it's a very complicated issue, building the wall, for a whole variety of reasons."

And further complicating the issue, unless a deal is reached on DACA, there's a real possibility the government could shut down on Friday. Congressional negotiators are hoping for another short-term extension that would go into February.