Accessibility links
White House Doctor Says Trump Is In 'Excellent' Physical, Cognitive Health Dr. Ronny Jackson said the president could benefit from losing between 10 and 15 pounds over the coming year as well as beginning an exercise regimen. 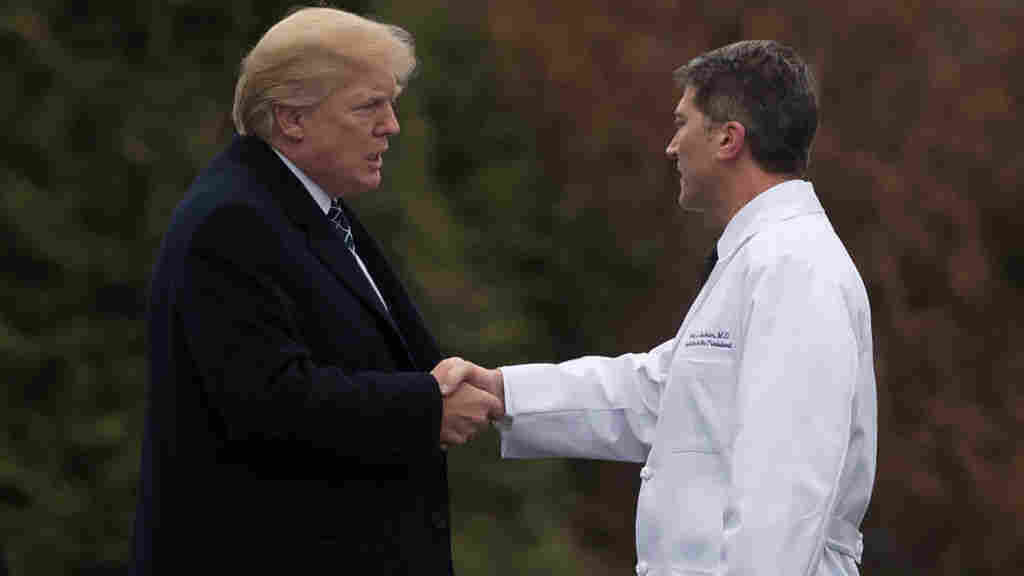 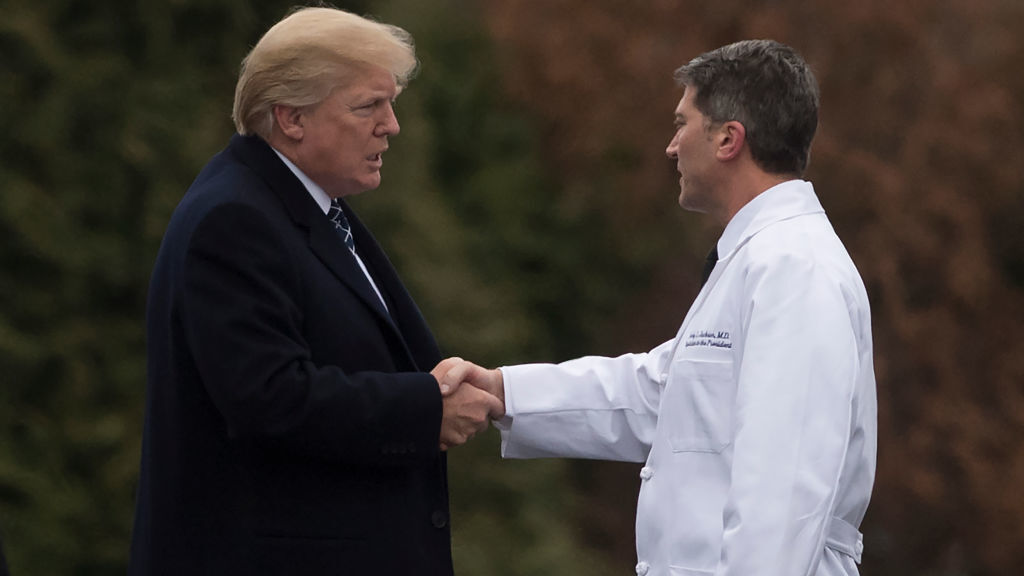 President Trump is in excellent health with "no indication" of "any cognitive issues" — but he could afford to lose a few pounds and start exercising over the coming year, according to the president's physician.

Dr. Ronny Jackson, a Navy rear admiral who directs the White House medical unit, conducted Trump's annual physical last Friday. He told reporters on Tuesday that the president's cardiac health is strong and that there are no concerns about any memory or cognitive issues.

"I found no evidence that the president has any issues whatsoever with his thought process," Jackson told reporters during Tuesday's White House briefing.

The tabloid-style book Fire and Fury by journalist Michael Wolff, published this month, led to speculation about Trump's mental fitness for office. Trump responded to the criticism by calling himself a "very stable genius."

Jackson said on Tuesday that Trump asked him to perform the cognitive exam, which the doctor had not planned to do, having deemed it unnecessary. Jackson said Trump performed "exceedingly well" and is "very sharp."

Jackson said the president enjoyed good health despite a subpar diet and no exercise routine.

"It's called genetics," Jackson said. "Some people just have great genes. I told the president if he had a healthier diet over the last 20 years he might live to be 200."

Jackson also noted that Trump has abstained from alcohol and tobacco for his entire life, which contributed to his relatively good health.

Trump, 71, is 6 feet 3 inches tall and weighs 239 pounds, Jackson said, which is classified as overweight and is 1 pound away from being obese, according to the NIH's body mass index calculator.

Jackson said he will work with Trump to exercise more over the coming year, to eat better and lose between 10 and 15 pounds.

Trump does take Crestor to lower his cholesterol, daily aspirin for heart health, Propecia for male pattern baldness, a skin cream for rosacea and a daily multivitamin. His blood tests and other vitals were all normal.

Jackson said that there is no reason Trump wouldn't be able to complete his first term healthwise, in addition to a second term if re-elected.

During the presidential campaign, Trump's longtime personal physician, Harold Bornstein, famously declared that Trump would be "the healthiest individual ever elected to the presidency." Trump released his health history in 2016 on controversial TV host Dr. Mehmet Oz's show.