Accessibility links
Ronny Jackson: Veterans Affairs Nominee Who Oversaw Trump's Physical The Navy rear admiral found himself in the spotlight when he offered a folksy and authoritative update on the president's physical exam in January. On Wednesday, he was picked for the Cabinet. 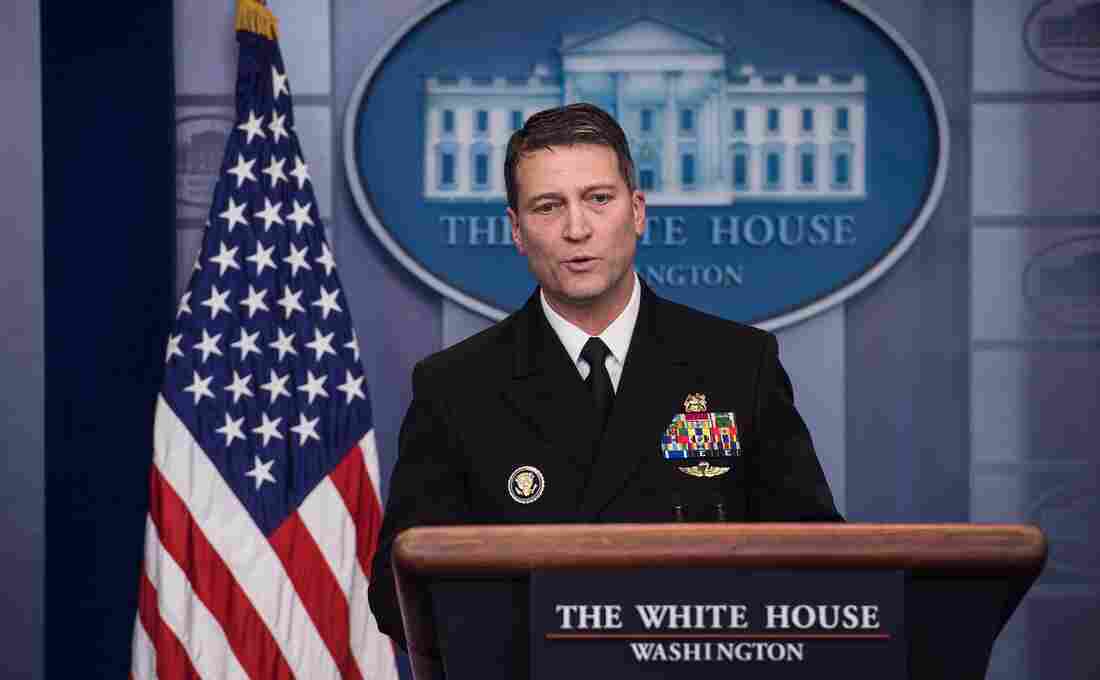 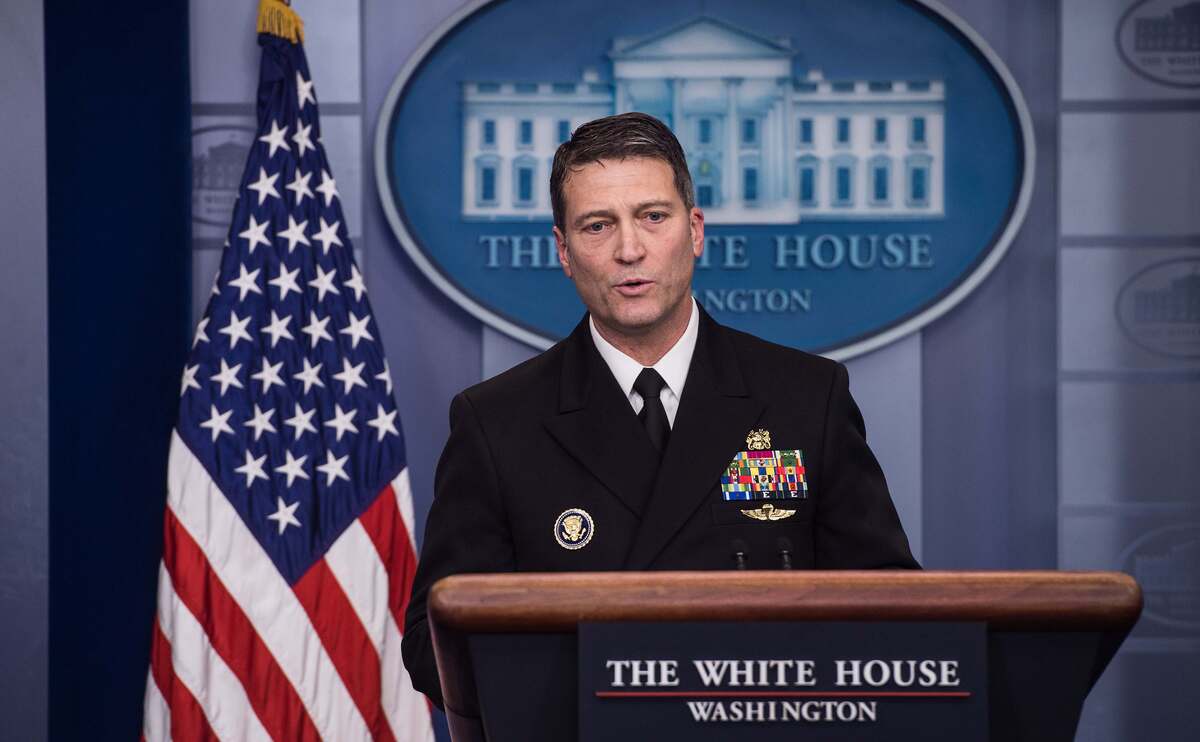 In January, he defused doubts about the health and mental fitness of the nation's 71-year-old president.

Now, he's been chosen to lead the second largest agency in government as President Trump's new secretary of veterans affairs.

There are questions about how his experience prepares him for such a large management job, which will be explored as he goes through the confirmation process in the Senate.

In a statement announcing Jackson's nomination President Trump said, "Admiral Jackson is highly trained and qualified and as a service member himself, he has seen firsthand the tremendous sacrifice our veterans make and has a deep appreciation for the debt our great country owes them."

Shulkin was ousted amid a controversy around travel expenses, which he says the White House prevented him from explaining to the public, as well as apparent friction over privatizing veterans' health. That issue is likely to dominate the debate over confirming Jackson.

"I think that he wants to do the right thing and will work hard to do that and I will personally help him in any way possible," Shulkin said. "No one I think is naturally prepared to take on a task like this, it is a very challenging role."

Jackson made his first impression with the public in January, when he stood in the White House briefing room, answering questions from reporters about President Trump's physical exam. His lectern-side manner was both professional and disarming — the polar opposite of Trump's personal physician, who drew ridicule with his medical pronouncements on the candidate back in 2015.

Where Dr. Harold Bornstein was shaggy and sensational, Jackson was all business, reading off test results in his blue and gold dress uniform.

And the clean bill of health he delivered was just what the president ordered.

The presentation was both folksy and matter-of-fact, as Jackson described the president's eyesight, cognitive skills and heart function as excellent, despite Trump's lack of exercise and fondness for fast food.

"It's called genetics," Jackson said. "Some people have just great genes. I told the president that if he had a healthier diet over the last 20 years he might live to be 200 years old."

What about that time the president seemed to slur his words during a speech on Jerusalem? Jackson blamed a dry mouth, possibly caused by a decongestant. He joked that he knew just how the president felt.

"Me being up here right now, I think I need a drink of water," he said.

Just to be safe, Jackson and an ear, nose and throat specialist ran some extra tests and found nothing amiss.

Jackson said the president could stand to lose 10 to 15 pounds. He said he'd be working with White House cooks to cut calories, while encouraging Trump to get some low-impact exercise.

"He's more enthusiastic about the diet part than the exercise part, but we're going to do both," Jackson said. "He's just like every other president I've taken care of. On occasion, I have to get the first lady involved to make sure he's doing what he's supposed to be doing."

Jackson has cared for three presidents since joining the White House medical unit in 2006. He was formally named physician to the president in 2013 by then-President Barack Obama. In nominating Jackson to run the Department of Veterans Affairs, the White House highlighted that he also directed health care for the Cabinet and the president's senior staff, serving as director of the White House Medical Unit.

Jackson grew up in West Texas and attended Texas A&M and the University of Texas Medical Branch. The Navy doctor, who specializes in emergency medicine, has served at Pearl Harbor, Panama City, Fla., and with a forward-deployed surgical platoon in Iraq.

The battle-tested doctor wasn't taking any chances as he stepped in front of the microphones in January. He reminded reporters that as chief White House physician, he sometimes provides medical care for reporters who get sick while covering the president.

"If something should happen to you over the next few months and you should fall ill at some point, most likely I will be the one called to come take care of you," he said. "So when you ask your questions please keep that in mind."